Holy shit that twitter thread is basically all white people whose main complaints are that the figures are white.

Merry Crimbo, as they say in the rest of commonwealth (but curiously not here).

After visiting every Santa's grotto in the UK in the past three weeks I'd just like to confirm that 98% of them are taking the piss.

...You can't just stick a shed outside TK Maxx and call it a 'Winter Wonderland'. You can blu-tack a laminated A4 sign to the door saying 'The North Pole' and staple as much cotton wool to the pissing roof as you like.. it's a f*cking shed. It doesn't become Lapland just because you put a fence around it and put two bored, pissed-off 'elves' outside.

You want to make it a winter wonderland? Try not employing the least enthusiastic people on the planet??

It's not just santa who is often a miserable shit.. We went to one the other day with a teenage lad as an elf.. A teenage lad?! Yeeah.. they're always full of the joys of the festive season aren't they? Nothing screams Christmas like a surly elf, stinking of weed and Lynx Africa, welcoming you to Lapland with so much sarcasm he might as well do the 'wanker' sign in your face.

I don't blame him.. he knows its shit, he's on minimum wage and he lives in fear that his mates will come out of Argos and see him standing about in unconvincing pointy ears and stripey tights from Claire's Accessories.

The only thing worse than the standard surly pissed-off elf is the other elf who is reeeally into it.. and prances about doing the voice and asking questions about your favourite reindeer and all that... And because you've got a two year old kid whose vocabulary is largely restricted to 'mine' and 'poo-poo'... you, as the adult have to answer ..and you have to answer in your own sing-songy voice..

- "Are you looking forward to seeing Santa?"

- "Look, er ..I don't suppose there's any mulled wine in there is there? Anything really.. it doesn't have to be mulled... or wine.. y'know just any kind of alcohol that makes this whole conversation more bearable."

Of course, if you're really lucky, the winter wonderland you're visiting will have a real-life reindeer and you can avoid queue chit-chat with 'Tinkerbell Snufflebottoms' the elf by keeping yours and your little'uns attention on that.

But then the reindeer is probably the most depressing member of the whole bunch. A reindeer's natural environment is the plains of Siberia.. so it's no wonder 'Prancer' looks pretty f*cked off to find himself in a shopping centre in Rotherham.. This magnificent beast is accustomed to looking at Arctic vistas not two blokes vapeing outside Wilko.

Its no wonder it's just stood there wishing for a last sleigh ride to the glue factory. If I was stuck in a shopping centre in Rotherham for seven hours at Christmas I'd want a bolt gun to the head as well.

And this is all just in the bloody queue. That's before you even get inside and meet Santa, A prospect that is terrifying about 1 in 3 kids who are waiting in line like it's a queue for vaccinations or the dentist. Which is again not surprising.. every other kid is being carted out of the winter wonderland shed in meltdown.

Santa is terrifying to a lot of kids.. Of course he is.

Hey kids!, you know that thousand year old supernatural being that survives all year round in subzero temperatures and keeps short people as slaves. You know the one... always watching you to see whether you come up to his standards of niceness. And then one day a year, bypasses all our home security and gets into the house in the middle of the night and creeps about chuckling to himself? Yeah? Well, that creepy, fat, judgey shit is in this wooden hut and you're going to sit on his knee.

..'Am I f*ck'. is not a strange response.. its the bloody rational one.

And so eventually you're inside and confronted by the big man himself..

Except he's not big is he.. since when did santas get so thin? There's an obesity crisis in this country and half the Father Chistmases I've seen look like they need a good meal, I've seen more meat on an ikea pencil.

I'm not being funny but it can't be that hard to find a fat guy to stick in a red suit.. Just go along to the local Type 2 diabetes clinic with a f*cking net.

And if they've got to be skinny at least put them in a half-decent costume. Not this home-made crap or one of these crappy santa suits from chinese Ebay that are comprised of so much polyester if santa rubs his legs together too fast he'll set the place on fire.

And the beards??.. the f*cking beards!? Have you ever seen less convincing facial hair than a shopping centre santa's beard? If you think that beard is fooling anybody try it as a disguise? Try sneaking out of Nazi germany with that beard as a disguise you'd have been caught before you could say 'Ho Ho Ho, fuck I've been shot'.. They're just wrong.. It's the mouth bit up around their nose or below the chin.. the visible elastic they're constantly pulling at like it's an awkward pair of pants that are disappearing up their arsehole. And it's all made out of that crap you stuff duvets with.. I could make more convincing beard by pritt-sticking my face and gluing on a handful of goat pubes.

Obviously, the costume maybe part of the problem but.. There's no way that I can get Charlie to sit on santa's knee without him screaming the shed into pieces (And I'm quite glad about this.. Charlie not sitting on his knee makes it a bit easier to ignore the prison tattoos and the whiff of cat piss). So, again it is you, the adult, who has to engage in the small talk with 'Santa'.,

- "And has Charlie been good this year? "

-...Oh fo fucks sake.. Not this again?? Look, he's not going to answer you.. At best he might sing the theme tune to Go-Jetters or jump up and down on one leg making fart noises.. So can we just get to the present and get out of here? Otherwise, let's face it, it's just two fully grown men standing about in a shed taking about magic flying deer .. with a child nearby. It's weird.

So after less than 30 seconds and a photograph of two middle aged men, one in costume, and a 2 year old kid in the background trying to destroy a christmas tree.. it's over.

...And so we leave the 'magical and wondrous winter wonderland' (as described on the flyer) say goodbye to thin, deadbeat, flammable Santa and clutching a wrapped gift (that looks suspiciously exactly the same shape as every other kids gift who exited in the hour we were queuing) we depart and say goodbye too to the elves Flutterbottoms and young Miseryshit and gripe about the tenner and hour lost.

And we walk away to the nearest cafe (pub) and then.. something odd happens.

As Charlie tears into his present and 'oohs and 'aahs at the 2 quid plasticky crap he finds inside.. It becomes clear that he has loved every minute of the last hour. He remembers the reindeer's name.. he tells me that santa is nice.. and that his favourite elf was the teenage kid because he was funny.. (pretending that the other elf was crazy and making faces..) Charlie didn't see the elastic on santa's beard, or the cotton wool on the roof... Because, it wasn't a shed in a shopping centre it was what it said on the laminate.. it was the North Pole. Of course it was. Because when you're two years old.. magic isn't sleight of hand.. it's just magic.

So Charlie did what all kids do, he invited me into his version of the day. Kids invite you to do that all the time.. All you have to do is wipe your feet and step inside. And as he chatted nonsensically, I was caught by his jingling excitement and his electric lights enthusiasm and I realised that I have absolutely nothing to teach this kid about Christmas and everything to learn.. or maybe it's more accurate to say.. I have everything to remember.

..And what a Christmas gift that is from this amazing creature I now share my life with..? A reminder to wipe over that grimy window that looks into our own childhood into something lost in adulthood and the shit that goes with it.. a peer into a world of magical people and astonishment and impossibility, a world where a winter wonderland is just that.. no more out of place in a crappy shopping precinct than it is in the Polar north.

..If you're too old, cynical and stupid to understand that that's how magic works.. then Christmas will always be a shed. 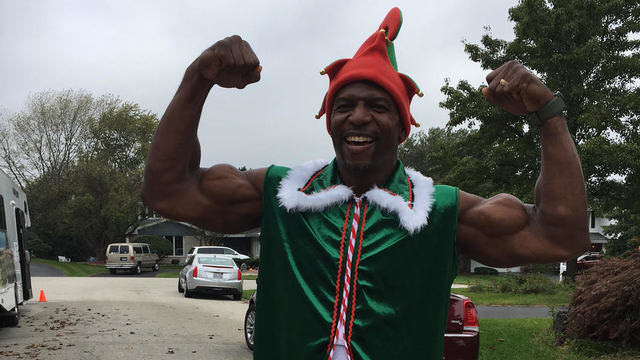 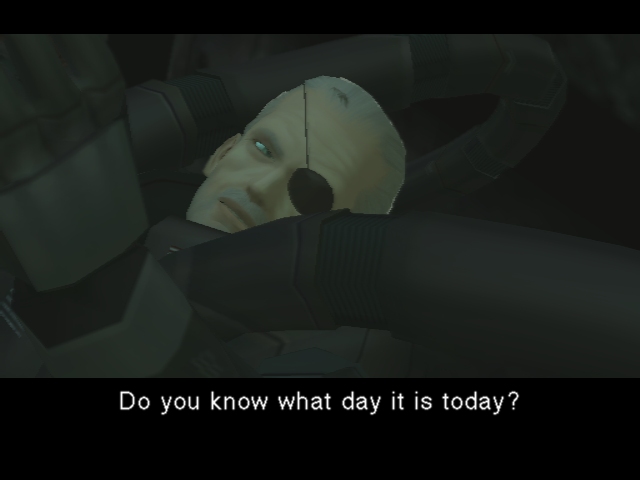 I actually do know: It's Confederate Memorial Day

First of May, time for the Swiss anarchists to have their annual scheduled riot against the inequities of capitalism. Apparently it's starting quite late this year because of the clash with the bank holiday. Tram services in Zurich will be minimal, all the importantly profitable stores will be closed and shuttered for the duration, and all graffiti will be cleaned by breakfast when everyone files back to work for another year.
Top

I recognize about 3 of those, and the rest no clue
Placeholder for something witty that doesn't make me sound like an asshole
Top

this timing is more meaningful on the east coast 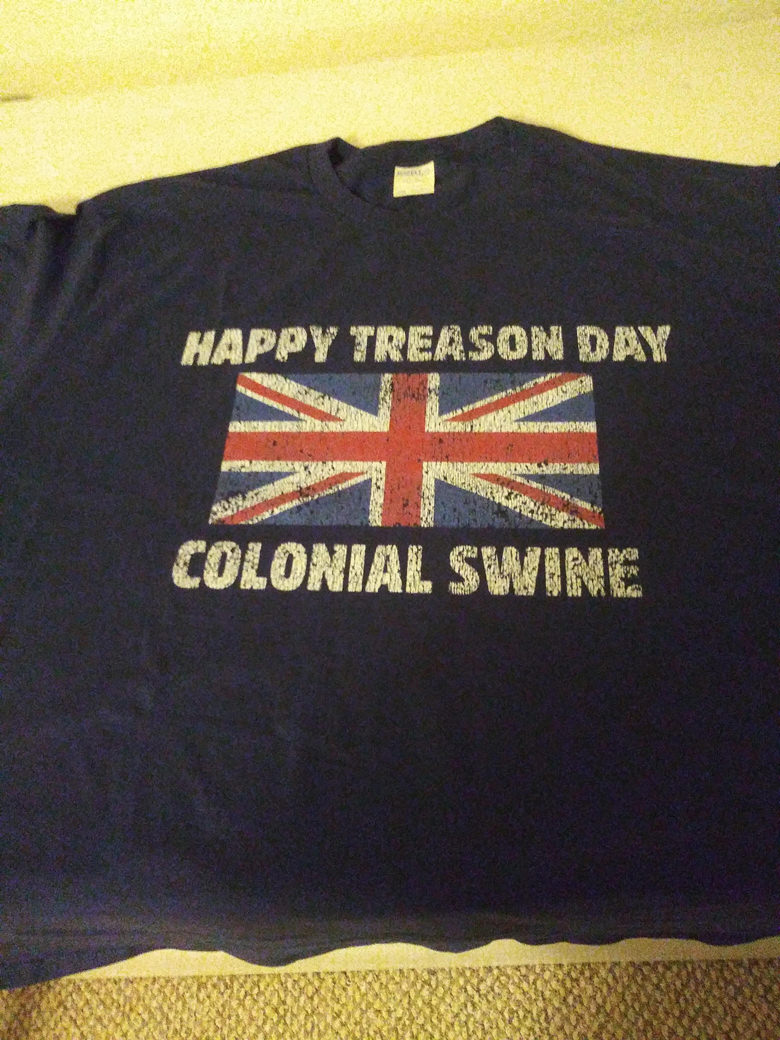 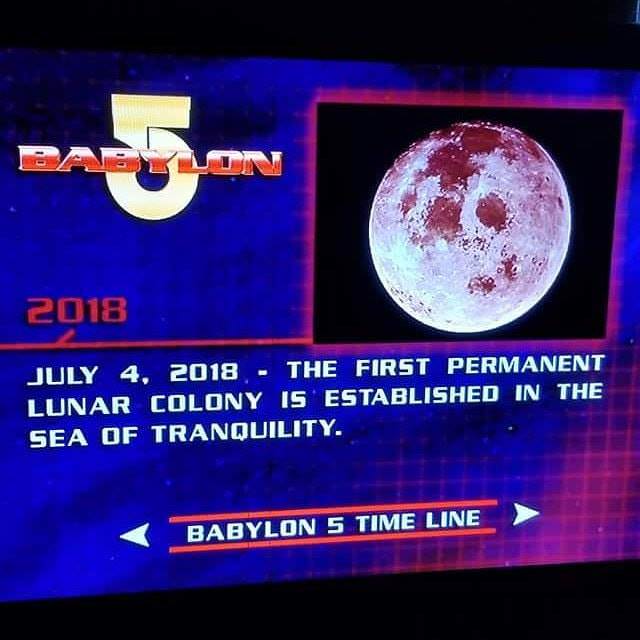 I was out at the store yesterday and they already had a bunch of Halloween candy out for sale.

IT'S AUGUST FOR FUCK'S SAKES

Fuck you, gimme my spooky treats as early as possible.