FF has been kind of user hostile on the back end for a while now. Goes against my views on computer control, but eh... I'll still take it over Chrome.

I suppose I really should look at Opera (or something else) though. "Armagadd-on 2" notwithstanding, the number of times I've lost a useful add-on because of Mozilla's overzealous reach is in the dozens now.

One of our Magic guys works at NASA and pointed us to this: A bunch of nerds at NASA managed to sneak the X-COM logo in as their mission patch

Mongrel wrote:FF has been kind of user hostile on the back end for a while now. Goes against my views on computer control, but eh... I'll still take it over Chrome.

I suppose I really should look at Opera (or something else) though. "Armagadd-on 2" notwithstanding, the number of times I've lost a useful add-on because of Mozilla's overzealous reach is in the dozens now.

I wasn't as mad about the NPAPI deprecation as a lot of people were, but this was the kind of rookie mistake that really makes Mozilla look bush-league. Twice? Fucking really?

I'm still team Firefox, but it's increasingly with a heavy sigh and an eyeroll. What am I gonna do, go back to Konqueror?

Opera is probably fine. I've seen some FUD surrounding its purchase by a Chinese company, but haven't seen any actual evidence that it's spying on users. And even though it's proprietary, that's the sort of thing you can generally tell by monitoring network connections. I wouldn't necessarily trust the VPN (which very definitely routes all your traffic through Opera's servers, because that's what a VPN is), but I haven't seen any evidence that the browser is phoning home beyond the basic telemetry stuff that most every browser does.

If Opera and user configuration are your jam, you might consider Vivaldi. It was created by the original Opera devs and bears a lot more resemblance to classic Opera than modern Opera does.

I've been using Waterfox at work (because for some reason Firefox does not work correctly at work). It's a fork of the last pre-Quantum version of Firefox; the devs backport security fixes from upstream but otherwise it's mostly like running FF56 or whatever the last version was before the switch. Slower than modern Firefox but supports all the old extensions (if you can get them). But since it's downstream of Firefox, I'm pretty sure it was affected by Armagadd-on too. (Not sure, since it happened over the weekend; didn't have any issues when I came into work on Monday.)
Top

Bonus points if you all get the same banner ad as I did where a tree-chained environmentalist really just wanted a nice BIG VEGAN burger from Mcdonald's. As any normal human would.

The Navy’s probe into sky penis

“Balls are going to be a little lopsided,” the pilot advised.

“Balls are complete,” he reported moments later. “I just gotta navigate a little bit over here for the shaft.”

“Which way is the shaft going?” the EWO asked.

“The shaft will go to the left,” the pilot answered.

“It’s gonna be a wide shaft,” the EWO noted.

“I don’t wanna make it just like 3 balls,” the pilot said. 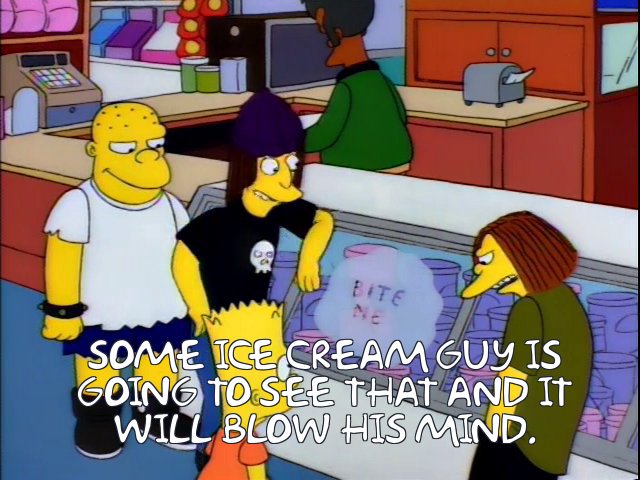 I find it hard to blame guys for stuff like this when it happens, because the human tradition of "drawing dicks on stuff" is something that's nearly as old as humans drawing artwork of any kind. In a modern context it has sexist overtones of course, but as comedians have known for centuries (if not millenia), the dick is an inherently funny organ.

Also, "We turned dinosaurs into sky dicks" is one of those rare statements which manages to be utterly juvenile and dismissive yet reflective and philosophical all at the same time.

Turning dino dicks into sky dicks is the work of evolution alone. What hath man wrought?

(Warning: graphic language, including quotes from the solicitation chats. You honestly don't need to click on the article unless you really want to remove all doubt about his culpability or the seriousness of the crime) 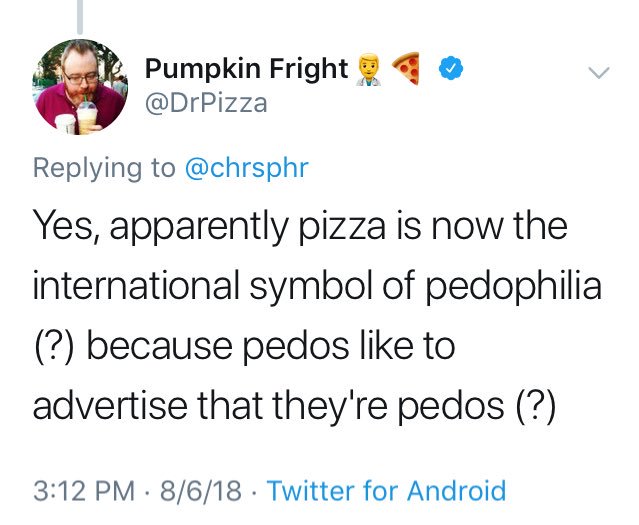 Aurich Lawson wrote:Peter no longer works for Ars Technica, and that's all I'm at liberty to say.

I wouldn't advise reading the thread (I tapped out after a few pages). Apparently the quoted tweets aren't the only times he's "joked" about being a pedophile.

His bio's been scrubbed too. His name's still there and so are all the articles he wrote, but no photo or description anymore.
Top

You see what happens when you don't fund public education? You end up dealing with these fucking yahoos. I just hope he doesn't shoot someone because he thinks they're putting mind control agents in his Taco Bell.

The curious case of Phineas Alligagetor

You wouldn't think a company named Cyberdyne with a flagship product called HAL could possibly be real, but here we are.

Snake was really sloppy with that camo.

edit: I thought I was seeing double! Four Mongrel posts!

Reminder that people have been drinking Soylent for years now.

Brentai wrote:Reminder that people have been drinking Soylent for years now.

We had a thread about how batshit the maker is too, IIRC.