Literally take up arms and march on city hall
Top

I suggest arms torn off members of Flint Aldermen.

(or is Flint still under State management? In which case, those guys)

I was gonna post this in the Brexit thread, but it could be a sign of things to come.

When I was 12 all the kids in the village worked on the land we loved it summers together earning money for sweets and extra things it gave my generation a brilliant work ethic that is sadly lacking in today’s kids !

Can I just be given command of the space lasers yet

i won't kill anyone, just lobotomies

but would they have any effect

ICE is truly despicable. I mean that in the way I reserve for actual, literal monsters.

They trap human beings and separate families. They steal kids from their parents and parents from their kids. They leave kids alone, unattended, with no recourse. They put kids in cages and rape them.

They are the tip of the sword of America's xenophobia and corruption and hatred. They are the jackboots on the ground.

So, if you haven't heard, Australia is set to pass the most openly and bluntly discriminatory bill in the western world or as Starr put it elsewhere:

yeah this bill as it stands, spells out in explicit detail all of the circumstances in which religious discrimination and persecution would be legal going forward.

Notably specific in all the ways it can be used to deny basic human rights and needs to Australians from different religious backgrounds. Access to health care and appropriate treatment. Housing. Employment. Education.

None of these have any provision, whether state-mandated or governed by the regulatory body of the provider, for duty of continuity of care or referral to alternatives. The landlord, doctor, teacher, or hiring manager can simply lock you out with no recourse.

I don't think even the US "conscientious objector" case laws have even half this degree of blanket reach or specificity, and almost always, in the case of basic human services, have a clause requiring good-faith effort to refer to alternatives.

This is some weapons-grade Dominionist shit.

You see, this is all taking place while Australia is in the worst fire season in memory, period. An area the size of Tazmania has already burned and this is suppose to be the rainy (i.e. spring) season well before summer dries things out. No meaningful rain is expected anywhere in Australia before April to May. The fires are also incredibly dangerous, with rapid crown fires consuming groves of trees in seconds and of course (it being Australia), when gum trees catch fire they explode.

Firefighters have been protesting outside parliament. Masses of Australians are all-but-rioting at the government's visible and deliberate ignorance of climate change. The opposition tried to pass a bill to pay the huge number of volunteer firefighters who have now gone weeks away from work and have not been paid a dime for their service but the bill was completely shut out. And again, this is months before forest fire season is supposed to even START, normally.

Fire and weather forecasts have stated that without immediate and prompt action now, on a massive scale, there's a very strong probability that entire suburbs of Sydney and Perth will burn to the ground before the end of (their) summer.

Aussies are absolutely and totally screwed.

Around the world, this is the leadership we have taking us into the greatest existential threat the species has faced since the Neolithic, possibly ever.

As someone who has had her town, you know, BURN TO THE FUCKING GROUND, let me tell you the following facts about how it is very possible that your city/town WILL BURN TO FUCKING GROUND:

1. It is very possible that your town/city/whatever can burn to the ground. If you live in the California foothills or near them at all, switch "can" to "at some point, will".

Good morning to you too.

Guardian: Twat Morrison gets the welcome he deserves in fire-scorched south coast town of Cobargo

If they go through with this, holy shit.

They backed down (i.e. they're not appealing the decision against them).

Well, that's something at least.

Will they abide by their agreement?

That remains to be seen.

That remains to be seen.

That's why I said they're not appealing (aha ho ho).

They still have to *look* like they're following the rules - they'd already implemented all the procedural shit they needed to to push the policy through, so it looked like the real deal. In turn they *probably* won't just go ahead and do it without having it legalized. 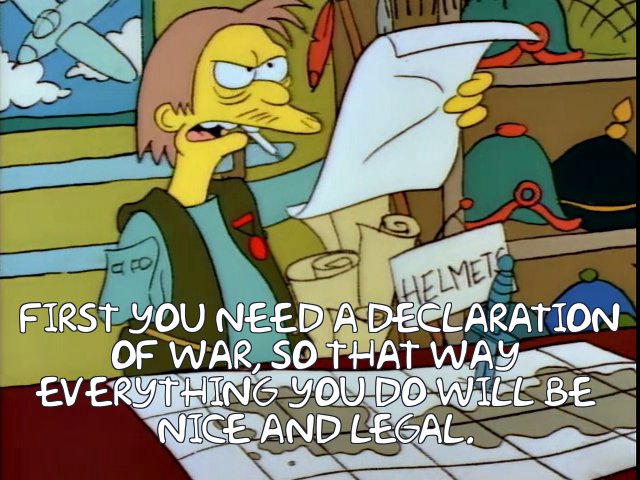 One thing that's been suggested is that either ICE leadership or the Administration were doing it as a trial balloon.

It really felt like "quick, let's spitefully gas all our prisoners before Allied forces get here" so I'm actually kinda surprised they were willing to back down. Like that felt like a dick move for the sake of a dick move. How do you talk an asshole out of spite?

A frightening number of younger American's don't know about the Holocaust or believe it's a myth.

I'm kind of struggling to believe this one. The numbers are just so... how can 2 of every 3 people my age be completely unaware of the Holocaust?

State school boards might have something to answer for there.

(Keep in mind this would have been the spring of 2000. Before Bush, the dotcom collapse, Enron, Iraq, the Great Recession, and every single moment from January 2017 to present; back when we still thought Columbine was a horrible isolated incident, not a blueprint for twenty years of copycat mass shootings. If you asked me today if Boomers or Millennials had it tougher growing up, I'd answer differently. But back in the spring of 2000, we had it pretty fucking good compared to the generation that grew up during the era of violent crackdowns on civil rights protests, political assassinations, Vietnam, and Watergate.)

Not only did none of my classmates seem to know what Vietnam was, but several of them repeated the same line that "there's a lot more pressure to do drugs now than when our parents were kids." You know, in the 1960s and '70s.
Top
Post Reply
404 posts