I mean, I'm glad there's a study that proves it, but no shit.

I'm not denigrating the study or doing the study. It's good that there's proof that these idiots malicious assholes are killing people. But it's sort of like doing a study to prove that telling people that eating cyanide cures COVID actually makes people eat cyanide and die. Which is, you know, not that far from what they're actually fucking doing.

There's an entire world of difference between knowing OJ did it and having evidence of it.

It does say that Tucker Carlson's racist fearmongering appears to have convinced his viewers to take COVID-19 seriously, so...yay?

Damn it, I used that Big Lebowski quote too early.
Top

There's an entire world of difference between knowing OJ did it and having evidence of it.

Oh, I know. We had this conversation on the boards before when I think it was revealed that the NRA just sends text files for their people to read each mass shooting, iirc?

Too bad this is all less "if the glove don't fit you must acquit" and a lot more "chewbaka is a wookie from the planet kashyyk who lives on the planet endor".

For some STRANGE REASON, I suspect this was no accident.

In a similar vein (with help from some deft cropping, of course) 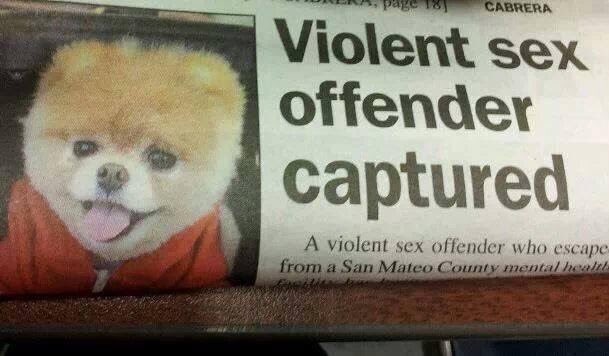 I was honestly taken aback (in a good way) to see the Globe casually insert this unvarnished line in an article on the riots today.

Disgust over generations of racism in a country founded by slaveholders combined with a string of recent high-profile killings to stoke the anger.

It's pretty tough to beat Judy Miller's Iraqi WMD coverage for the title of "a new low for the New York Times", but I think publishing an op-ed calling for military attacks against domestic civilians, on the anniversary of Tiananmen Square, manages that significant feat.

Then I guess that makes Fox News the greatest fucking news organization in American history, because it "exposes" conservatives in positions of power saying shit like this all fucking day long.

Additional note: any time anyone talks about how we need to get all the old people out of Congress, I like to point out that the two youngest people in the Senate are this asshole and Josh Hawley.
Top

I mean, it used to be pretty easy for people exactly like Cotton to run rampant through AK while someone like me could only sort of have a vague general idea of it but oh look the Beatles are on Sullivan. So your false equivalence has a ring of truth to it.

But no, if Tom Cotton said "let's recreate Tiananmen Square in the U.S." on Fox News, you wouldn't even blink. He said it in the New York Times, and you blinked.

The New York Times didn't publish Cotton's op-ed as an expose. The headline was not "Arkansas senator calls for military to attack American civilians." It published the op-ed uncritically, because the New York Times editorial page is a garbage fire and its reporting section (of "The Nazis Nextdoor" fame) is scarcely better.

If the New York Times wanted to call attention to how extreme Tom Cotton is, it could have easily published an article saying, y'know, "Tom Cotton is an extremist." It wouldn't have had to solicit any new editorial from him; it could have simply quoted his past statements. A simple play-by-play of the "Political Positions" on his Wikipedia page would have done the job just fine.

James Bennet published an editorial calling for military violence against American civilians. He now claims he never even read it, according to a subsequent article titled New York Times Says Senator’s Op-Ed Did Not Meet Standards.

This is not an isolated event. Conservatives have been working the refs since the Reagan Administration. They cry about "liberal bias" in the press, and the press falls for it and bends over backwards to "balance" its bias by giving more space to conservative voices. The New York Times is the very worst offender of them all; I've already mentioned Judith Miller helping to lead us into the Iraq War by reporting Bush Administration talking points uncritically, but I'm mentioning it again because the New York Times uncritically repeated Bush Administration talking points and helped make the case for a war based on lies.

The theory that the New York Times printed Cotton's editorial in order to show people how bad it was, "I was only in there to get directions on how to get away from there" fashion, is completely out-of-step with the reality of the New York Times editorial section, which continues to employ Bret Stephens after articles like The Secrets of Jewish Genius, and stood by him that time he threatened to get a professor fired for calling him names on Twitter. Maybe it just employs Bret Stephens so people will know how bad Bret Stephens is. And Ross Douthat. And Thomas Friedman.

The best thing I can say about the Times is that a lot of decent journalists still work there. And a good many of them are protesting the publication of the article. Even Michelle Goldberg, regular fixture of the useless conservative muppet set in the Times' editorial pages, has an editorial titled Tom Cotton’s Fascist Op-Ed, and expresses some ambivalence about the decision; she opens by saying that it's worth printing what Cotton says simply because he's an important figure in the Republican Party and has the president's ear, but then she ends with this:

So the value of airing Cotton’s argument has to be weighed against the message The Times sends, in this incendiary moment, by including it within the bounds of legitimate debate. Everyone agrees that The Times draws those boundaries. The question is where.

I could be wrong, but I don’t believe The Times would have published a defense of family separation by former Homeland Security Secretary Kirstjen Nielsen during the height of that atrocity, or a piece by the senior Trump aide Stephen Miller about the necessity of curbing nonwhite immigration. In both cases, I’m pretty sure the liberal inclination to hear all sides would have smacked up against sheer moral abhorrence.

It’s important to understand what the people around the president are thinking. But if they’re honest about what they’re thinking, it’s usually too disgusting to engage with. This creates a crisis for traditional understandings of how the so-called marketplace of ideas functions. It’s a subsidiary of the crisis that has the country on fire.

When the Times prints editorials like Cotton's, it normalizes those viewpoints.

It's true that, in this instance, there's been broad backlash and condemnation -- but that's not because the Times deliberately exposed Tom Cotton's extremist positions so that people would condemn them. It's because the Times printed an op-ed that, its editorial staff is now claiming, did not meet its standards and which the head of the department didn't even read, and people -- including people inside the Times itself -- are furious that the Times gave a fascist a platform to advocate for violence against Americans.
Top

This one's my favourite so far:


Not least of which for the comments. There's some real gold in there.