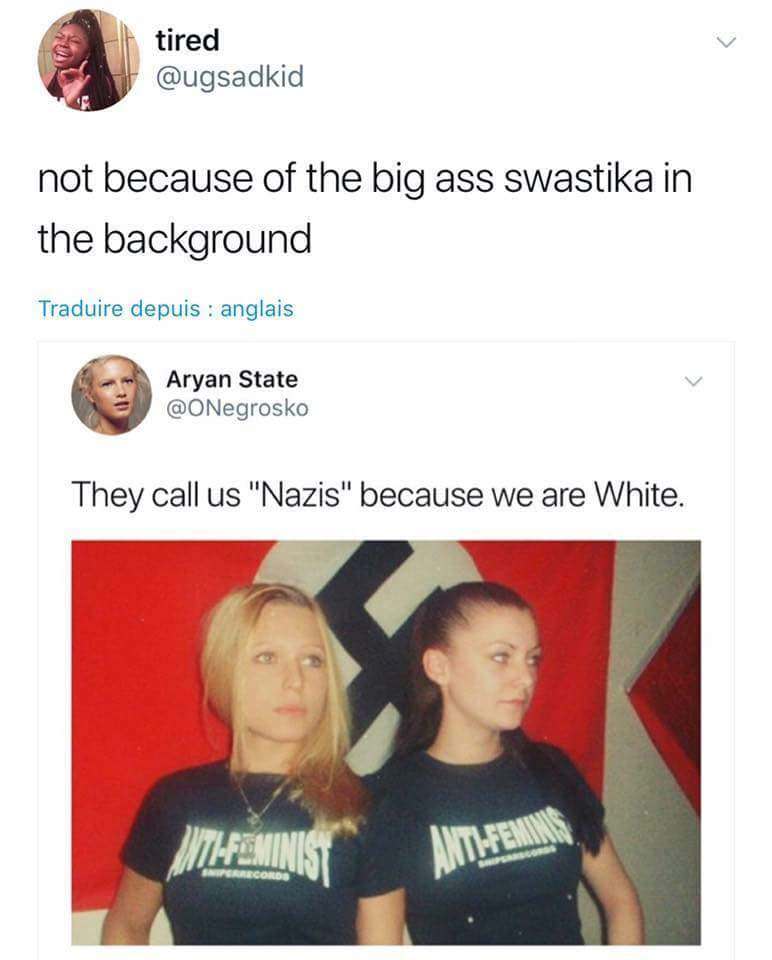 What's our default ICE thread? The posts seems to be all over; here, the watchmen thread, collapsing civilization, even the Justice thread (ha. ha. 'JustICE'). Anyway...

Nothing confusing about that, bud. ICE is a bunch of lying sacks of shit.

Ladies and Gentlemen, introducing Donald "14 Words" Trump, 45th president of the United States of American and Leader of The Free World.

WaPo: U.S. is denying passports to Americans along the border, throwing their citizenship into question

His official American birth certificate shows he was delivered by a midwife in Brownsville, at the southern tip of Texas. He spent his life wearing American uniforms: three years as a private in the Army, then as a cadet in the Border Patrol and now as a state prison guard.

But when Juan, 40, applied to renew his U.S. passport this year, the government’s response floored him. In a letter, the State Department said it didn’t believe he was an American citizen.

As he would later learn, Juan is one of a growing number of people whose official birth records show they were born in the United States but who are now being denied passports — their citizenship suddenly thrown into question. The Trump administration is accusing hundreds, and possibly thousands, of Hispanics along the border of using fraudulent birth certificates since they were babies, and it is undertaking a widespread crackdown on their citizenship.

In some cases, passport applicants with official U.S. birth certificates are being jailed in immigration detention centers and entered into deportation proceedings. In others, they are stuck in Mexico, their passports suddenly revoked when they tried to reenter the United States. As the Trump administration attempts to reduce both legal and illegal immigration, the government’s treatment of passport applicants in South Texas shows how U.S. citizens are increasingly being swept up by immigration enforcement agencies.

The definition of "undesirables" can always continue to expand for the fascist.

I thought this was a very good little essay on cultural appropriation: https://indigenouspeoplesatlasofcanada. ... ndigenous/

I realised recently that gamergate, sad puppies et al are a tiny taste of what appropriation feels like for the nerds of gen X. I might be appropriating appropriation there.
Top

(CN) – The Eighth Circuit ruled Monday that North Dakota residents can only vote if they show proof of their current residential address – not a mailing address.

A federal judge in North Dakota initially barred North Dakota Secretary of State Alvin Jaeger from enforcing the voter identification provision. But with midterm elections right around the corner on November 6, a Sixth Circuit ruled 2-1 that the injunction should be stayed or it would cause irreparable harm to Jaeger, who is in charge of collecting ballots.

“If the secretary must accept forms of identification that list only a mailing address, such as a post-office box, then voters could cast a ballot in the wrong precinct and dilute the votes of those who reside in the precinct,” Judge Colloton wrote. “Enough wrong-precinct voters could even affect the outcome of a local election.”

He also rejected the tribe members’ argument that Native American communities frequently do not have residential street addresses.

A Manhattan nanny is suing for discrimination after she says she was hired, then promptly fired by a wealthy Tribeca couple after they realized she was African-American.

Giselle Maurice, 44, was expecting $350 a day for a six-month stint as a live-in caretaker for Lynsey Plasco-Flaxman, the wife of a Manhattan financier who’d hired her to look after her baby, The New York Post reported. That never happened, however, seeing as Maurice was booted on her first day at work in 2016.

The nanny is now taking Plasco-Flaxman and her husband to court over wages she says she was promised.

“[I want] to show them, look, you don’t do stuff like that,” Maurice told the newspaper, claiming the couple paid her for a day’s work and sent her home in an Uber.

“I know it’s discrimination,” she added.

In her lawsuit, Maurice says Plasco-Flaxman freaked out upon learning her new nanny was Black. Frustrated, she fired off a text reading, “NOOOOOOOOO ANOTHER BLACK PERSON,” a text she thought she’d sent to Joel Plasco, her husband. Only she didn’t send it to Plasco, but mistakenly sent it to Maurice, twice.

After realizing her gaffe, the mother of two quickly fired the seasoned caretaker, saying she felt “uncomfortable,” according to the lawsuit. The couple’s outgoing nanny was also Black American and did a less than perfect job with their kids, Plasco-Flaxman explained, adding that she and her husband were actually expecting a Filipino.

Plasco has defended his family’s decision, calling their actions “reasonable” and arguing they could no longer trust Maurice after offending her the way they did.

“[My wife] had sent her something that she didn’t mean to say. She’s not a racist,” said Plasco, co-chairman of the Dalmore Group investment bank. “We are not racist people … But would you put your children in the hands of someone you’ve been rude to, even if it was by mistake? Your newborn baby? Come on.”

Plasco, who moved the family from London, also argued they didn’t owe Maurice any compensation since she wasn’t under contract, calling her lawsuit “extortion.”

Maurice scoffed at the claims, saying even despite the mother’s racist text, she wouldn’t have acted any differently toward the baby.

“Why would I do something to a baby?” she said. “I was willing to work with her and prove her wrong, but it was her conscience, and she couldn’t work with me anymore.”

Maurice told the Post she tried to settle their dispute through mediation but filed the lawsuit after things went left.

Plasco is still riled up over the whole ordeal, however, suggesting he and his wife are the victims here.

“I’m not someone who has millions of dollars lying around to just pay off people that are coming after me for extortion,” the millionaire banker fumed. “And now you’re playing straight into her hands.”

Maurice is seeking approximately $63,000 in damages.

As the last smouldering ruins of Sears ebb their last light all so a nakedly greedy fuck could rob a huge, storied company to line his own pocket, destroying tens of thousands of jobs in the process, it's nice to pause for a moment and remember when Sears lent its then-considerable weight to the fight against Jim Crow, in a dramatic way.

It was business, to be sure - they made oodles of money capturing the southern black market* - but they did so fairly, in the same way the did with any other customers, at the same prices, and at the expense of existing deeply racist southern shopkeepers. And it was very much deliberate, including specific instructions on how to avoid white southerners who might try to thwart blacks taking their business elsewhere.

EDIT: *(wow there's uh, certainly a variety of other ways to read that sentence, none of those intended)


What do you want to bet they're South African.

We have an old WSA couple living a couple doors away. Within minutes of introducing ourselves they were bemoaning the local economy's failure to supply endless dirt cheap black labour, forcing them to wash their own clothes.

Yeah, I've met more than a few white South Africans and they're all, uh... well they manage to make Australians seem enlightened and progressive.

Oh dang, I was expecting a Confederate soldier uniform but once again I have given too much credit.
Top

François wrote:Oh dang, I was expecting a Confederate soldier uniform but once again I have given too much credit.

Yeah a lot of other people said they were expecting blackface.

Oh and a friend pointed out that this is an event in Kentucky and they called it the "Trail of Treats".

The avatar is a bit of a spoiler. But I also expected it had to be something pretty bad to get those kinds of reactions out of people who had no problem attending "The Trail of Treats".

The worst part is that nobody followed through.

No, I think the worst part is using his kid as a weapon against the world. He had this screed ready to post before they left the fucking house.
Top
Post Reply
138 posts