Insane in the Ukraine

Hey, the Cold War sure was great, wasn't it?
Top

“I look back wistfully at the Cold War,” Inhofe said Thursday at a breakfast meeting with reporters. “There were two superpowers, they knew what we had, we knew what they had, mutually assured destruction meant something. It doesn’t mean anything anymore.

This is the most amazing thing ever.
Top

How many stories have come out in the last couple years along the lines of "The only reason we escaped nuclear annihilation is because one grunt decided not to obey orders"? Like three?

I just think of that when I hear about how much safer we were relying on people like Kruschev and Mao to not go bonkers.

Brentai wrote:I just think of that when I hear about how much safer we were relying on people like Reagan and Mao to not go bonkers.

Brentai wrote:the only other "The" country in the world is apparently (The United Republic of) Tanzania.

(Though I guess it's just "North Korea" when not being facetious.) 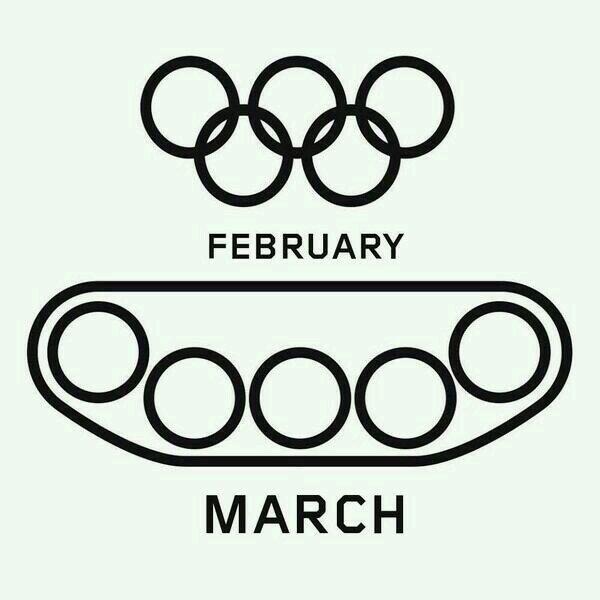 you march with legs not with treads

Niku wrote:you march with legs not with treads

Ted is linking to an article about Russia seizing a natural gas plant just inside Ukraine's borders. Apperently giving context for links is hard.

Back on topic, how about that referendum they're having tomorrow where the answers are yes and double yes.

I'm wondering how ugly things could get if the Tatars decide to start shooting.

The fix is in. 95% of Crimeans voted to rejoin Russia. Is this legit?

Even if it is legit the choice was 'join Russia' or 'Give Parliament the authority to declare independence and join Russia'. There was literally no choice that maintained the status quo.

Crimea is one thing, because there is such a clear majority of ethnic Russians in a defined physical region. That makes occupation/annexation easy and discourages anyone from going to "save" a population that largely would not want to be "saved" from Russia.

The Russians going after the Baltic states, or worse, Poland, would be VERY different. That would be a straight-up invasion, of a country with recent and unpleasant history of Russian domination. More importantly, it would be an invasion of a legit, active NATO member.

In some ways, Crimea actually shows how weak Russia is now - there is no way they can risk re-acquiring much of the old Iron Curtain countries without risking global or near-global war. Hell, if you removed the risk of things going nuclear for the sake of argument, it's not clear that Russia could fight, say, just Poland, without suffering severe losses, let alone all of NATO. Even the Russians I know readily admit that the nominally re-militarized Russia of 2014 is by no means even as powerful as the sickly USSR of the mid-80's.

Russia is in the shitter and has been for a couple decades. The only thing that really papers this over is energy revenues. These little fights, in Georgia, in Crimea, are about as far as the Russians can push themselves without it being too costly. It's not even clear that they could manage a full-scale invasion of all of the Ukraine (probably, but some of that has to do with the appallingly shitty state of the Ukrainian military).

As long as Russia is making these little border grabs, the Russian are happy: they get to swagger a bit, recover a few bits of old turf, make the US and Europe look silly. But Putin's not inassailable. If he were to start a real hot war with even a mid-sized power, there would be major economic consequences and I wouldn't rule out his being deposed in a military coup of his own. Basically, Crimea has all these stupid "Sudetenland" arguments that let Russia get away with it. Only Putin's not stupid enough to actually invade Poland (both in the figurative sense and literally).

The only real question mark now is eastern Ukraine. Putin might try to make a grab for that, but that's a lot riskier than Crimea. The Ukrainians haven't been shooting back yet and probably won't over Crimea. But I'd bet good money that the Ukrainians WILL fight over eastern Ukraine if the Russians make a move there.

We, the group "Information Resistance", have received from our reliable sources the satisfactory confirmation of the statement of Ukrainian Foreign Ministry that the observed activity of the separatists in eastern Ukraine which has been lasting for the last three days is nothing but the beginning of the second phase of the scenario for the Russian invasion in our country.

In particular, according to our information, the separatist leaders, who follow the plan of GRU* of General Headquarters of Russian Armed Forces, have been given the instructions to organize a "corridor" through the state border of Ukraine for passage of the convoys of military equipment from the Russian territory at the night of April 8th to 9th.

Separatists also have received the orders to organize provocations with the casualties in the cities of the region which could be interpreted by the Russian side as "terror against the people organized by Ukrainian authorities".

In addition, the coordinators of Russian GRU, who work in the region, have instructed the separatists to use gunfire weapon in case the attempts to liberate the occupied administrative buildings are taken.

According to our information, Ukrainian law enforcement agencies and special services are now taking the necessary measures to block the groups of the separatists.

State Border Service and the Armed Forces of Ukraine are carrying out the activities on blocking and defense of the state border in the respective areas.

According to reports, Pro-Russian forces that have siezed government buildings in east Ukraine are forcing all Jews to register themselves, providing a list of all property they own and paying a registration fee, "or else have their citizenship revoked, face deportation and see their assets confiscated".

[The following post assumes that the report is true, and not fabricated - fabrication is a real possibility given the information wars going on]

That seems like an... unwise strategy. Raising the spectre of the greatest disaster to face Jewery in modern history is not how you keep other people's noses out of your business.

I mean, hey, maybe Israel won't do anything at all. I don't know enough about Israeli internal politics to say. And I doubt they're going to just be airdropping troops in even if they do get involved. But Israel's entire stated reason to exist is to prevent shit like that from happening - it says that right on the tin.

II mean, you'd think the KGB would at least want to not give the one intelligence agency in the world that's able to consistently beat them any excuses to jump in on the side of the Ukrainians.

Maybe this is happening so Russia can say "See, it's not us after all! We would never do something so stupid".
Top

I'd be more likely to bet on local redneck-equivalents doing it without any orders from Russia.

But Russia has so many agents there that they prrrrobably have the power to stop this. Certainly people are going to be blaming Russia anyway. They have everything to lose and nothing to gain.

Me, I'm perfectly happy to blame Russia even if they had no direct involvement at all, because it's their stupid shit-disturbing that allowed this to happen in the first place.