Dan Baum has a pretty excellent piece in Harpers called Legalize It All (paywall workaround: Google the URL. Thanks Cait!).

It starts provacatively, quoting no less an authority than Watergate conspirator John Ehrlichman as saying that the real purpose of the War on Drugs was as a smokescreen for a war on black people and the anti-war left. But from there, it goes into policy, and it's pretty thorough.

I think what I respect most about Baum's approach is that he doesn't sugarcoat the risks of his proposal. He acknowledges that we can't predict the consequences with legalization, and that there is a real possibility that it will lead to increased drug use, addiction, and death. And when he cites examples to the contrary, like decriminalization in Portugal, he's upfront about the problems those countries have faced.

His proposal isn't a Libertarian free-market fantasy, either: he proposes a government monopoly on distribution. His argument is that under a profit-based system, the drug market will turn out exactly like the alcohol market: reliant on abusers and incentivized to encourage abuse rather than seek to cure it.

It's a very thorough and well-argued article; it's worth reading in its entirety.
Top

Haven't read it yet (I will, it sounds very good), but off the top of my head one of the most crucial aspects of any full-on decriminalization scheme is that society's dealing with drug addition has to be shifted to a medical model where it's really properly treated as an illness.

On top of that, people need to be comfortable with some treatments simply being lifetime maintenance dosing of the drug they're addicted to (yes, sometimes doctors prescribe an ersatz replacement, but to take one of the more well-known examples, for many people methadone is no substitute and may be significantly worse than just lifetime maintenance dosing of proper heroin).

It also bears noting that, while Baum advocates for a government monopoly (because he believes that's the best way to set prices that will put most black-market dealers out of business while not making the drugs so cheap as to be too appealing), he's realistic enough to acknowledge that's very unlikely to happen in America, and says that, failing that, a robust, competitive, but of course well-regulated market is the next-best way to go.

He points out the main issue with Colorado, Washington, Alaska, and DC is that we're seeing the same kind of economy as with alcohol: it's reliant on binge users, and therefore on some level must encourage binging.

He also talks about Ohio's legalization initiative, which failed because it would have handed distribution over to a single distributor.

We've got two competing initiatives vying for the November ballot here in Arizona. One is like the one that failed in Ohio, the other is more open to competition.

As opposed as I am to cartels and monopolies, I think they're a lesser evil than the drug war. If the anticompetitive initiative is the only one that makes it onto November's ballot, I think I'll end up voting for it.

Ray Stern at the New Times seems to be on the same page I am; he has some pretty good arguments that I wish he hadn't formatted as a goddamn listicle.

Although, note to self, Cthulhu, Bal, and anybody else registered to vote in Arizona: the less-restrictive Marijuana Legalization Initiative has a map of sites where you can sign the petition to get it on the ballot.

Oh shit, there's a place I can sign it right next to Duke's? I go to Duke's all the time.
Top

Merely decriminalizing marijuana would be huge - you'd get all pot users, plus everyone that gets hooked on opiates because modern legalized pain medicine is shit, plus people that just don't care enough about hard drugs.
http://zarat.us
Top

Justin Gardner at Alternet: How the War on Drugs Makes People Eat Other People’s Faces After Stabbing Them to Death

Because psychoactive drugs that humans have used for centuries have been banned by most modern governments, people turn to synthetic attempts at mimicking the high. Just as Spice (synthetic marijuana) has emerged to supposedly mimic cannabis, flakka is sought after to mimic cocaine.

But the difference is, Spice and flakka cause psychotic symptoms, bodily damage and death, whereas cannabis has never caused an overdose and has well-recognized medicinal value. Cocaine sourced from the black market, which is laced with other unknown chemicals, can cause overdose death – but people aren’t stabbing and eating the faces of other people while on cocaine.

Much of the dangers associated with cocaine would diminish if the drug were legalized and people had the freedom to put what they want into their own bodies. In a legal market, this extract of the coca leaf – which has been used for thousands of years by South Americans – would be produced in exact dosages known to the consumer, free from harmful synthetic chemicals.

If people could go to the store and buy a bit of cocaine, as they can buy alcohol, we could expect the demand for flakka to be non-existent.

Just imagine a huge rant about Methadone in this post.
Top

I'm afraid my knowledge of methadone is limited; I've heard some pretty nasty stuff but haven't done research. I'm guessing from context that you're saying it's worse than meth?
Top

Methadone is a synthetic heroin replacement, not meth.

I almost wrote "heroin" but then I thought "wait, that can't be right; it's got 'meth' right in the name."
Top

It also has 'done' right in the name.

It's called the Method One Clinic.
Top

In brief, methadone is a drug that is nearly identical to heroin, except that it is far worse for you, much more addictive, doesn't feel anything like as good, and is legal because a company patented it and sold it as an aide to get people off of that evil heroin, only to then need to go through the much more difficult detox off of methadone.
Top

I drive through an area of Boston called Methadone Mile every day on my way back from work, full of addicts wandering around, shooting up, asking for money. It isn't pretty. My cousin just married a crime writer for a Boston Globe who recently co-wrote this piece on it, for the interested.

For my part, I've had multiple friends overdose and die from heroin over the years. If a friend gets into heroin, it's a pretty solid bet they're not getting out, no matter how hard you try. That said, my best friend in high school recently pulled himself out of that pit using slowly-decreasing increments of methadone, set by his doctor. He's been fully off drugs of any kind for about a year now, and that's after years of heroin use and homelessness in San Diego.

I would say you need, more than anything, the driving desire to get off of opiates entirely in order to actually make methadone useful. Without that drive, yeah, it's just another stand-in for heroin, but with that drive, it can really help to wean you off of the harder stuff.
tumblr | twitter | wingnut circus | youtube

There was an article somewhere that suggested a social support network was the most vital step to fight addiction.
http://zarat.us
Top

We hunted a guy down, jailed him for a year, and basically destroyed his life over a transcription error. 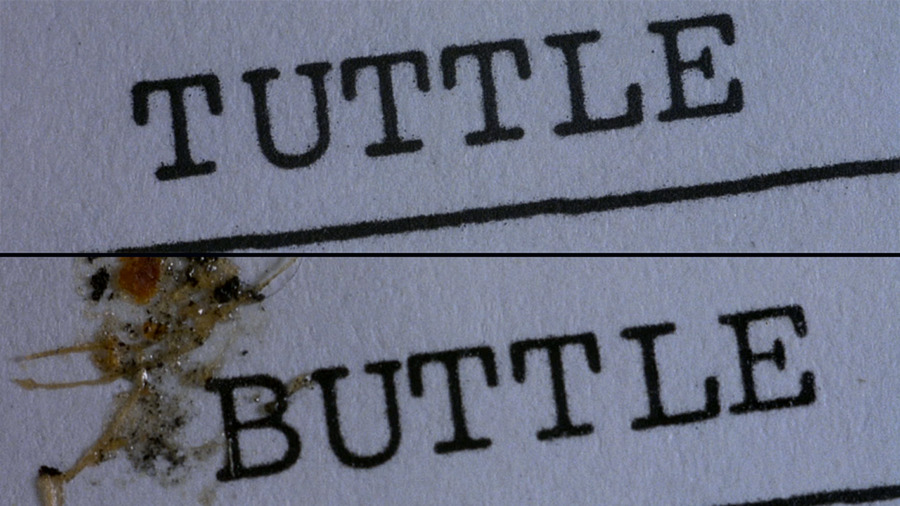 And yeah, it was Florida.

The Colorado Dem party Twitter is having some fun with Sessions:

Ken White has a rundown of what Sessions's moves mean so far. Basically, nothing yet, because the DoJ's budget still won't allow enforcement of federal drug law against conduct that's legal in the state where it's performed. But that could change and we want to be wary for when it does.

As long as Rohrabacher-Farr remains in every federal appropriations bill, Department of Justice policy is mostly symbolic — the Department of Justice will still be prohibited from spending money on prosecuting people for medical marijuana activities that are legal under state laws. (That doesn't limit prosecutions of non-medical personal use activities, though — but it will be difficult to tease them apart.) And, practically speaking, it's utterly impossible for the Department of Justice to prosecute more than a very tiny fraction of marijuana cases. They don't have the resources. A big U.S. Attorney's Office might file around 1200 indictments a year — that's all indictments for all types of cases and crimes. Of that, maybe a dozen, tops, might be about marijuana. They can't change that without sacrificing other priorities. They could abandon every other type of case and still not do a tenth of the marijuana cases that local authorities do. Moreover, marijuana legalization is quite popular, and federal interference in it is quite unpopular, so there's not a whole lot of upside.

That said, if Sessions revokes the Ogden and Cole memoranda — and especially if he also succeeds in convincing Congress not to include Rohrabacher-Farr in the next appropriations bill or continuing resolution — he'll inject a substantial amount of uncertainty into the situation. Even if getting prosecuted federally for marijuana is so rare that it's like getting struck by lightning, getting struck by lightning remains terrifying and often fatal. This will have relatively little impact on personal users, but it could have a significant impact on the development of the legitimate business side of marijuana cultivation in states where it is legal. Landlords who might rent to dispensaries, businesses that might service them, financial institutions that might handle their money, professionals that might advise them — those legitimate, high-profile, highly-risk-averse institutions will all be deterred from involvement in the industry. The process of turning marijuana from a street drug to a legally regulated commodity will, at least, be slowed down.

Cory Gardner (R-CO) has threatened to block DoJ nominees until Sessions backs off.

Whether he actually goes through with it? I'm not holding my breath.

Meanwhile, in the span of a day, Republicans have gone and pissed off voters in Colorado, Nevada, and (due to Trump's relaxing regulations on drilling) Florida. Seems like a pretty good electoral strategy for 2020.
Top


After thinking about this for a little while, I'm still not sure if this is brilliant or ridiculous.

This chart is apparently corrected for "Hedonism" (in this case meaning correcting for people who consumed disproportionately compared to the group... so cocaine whales).

I know what you actually mean, but the mental image of a literal whale on cocaine is amusing me.
Top
Post Reply
21 posts