I Did Something (Political)

I talked at a cardboard cutout of my congresscritter tonight.

That was fun.
Top

I forgot to mention it, but I went to a community meeting a week and a half ago in support of my local member of provincial parliament's attempt to pass a bill to remove the loophole which exempts newer buildings from the provincial rent control regime.

The essential content of this bill was announced yesterday as being co-opted by the provincial government today (as part of a wider housing cost control scheme), so hooray.

It's actually an old Canadian political tradition for the NDP to suggest or try and pass strongly leftist bills while in opposition, only to have them stolen or co-opted by a ruling Liberal party so the Liberals can take the credit (the most famous example being our universal health care). The system works! >:3

Some really great signs at the Boston March for Science today: 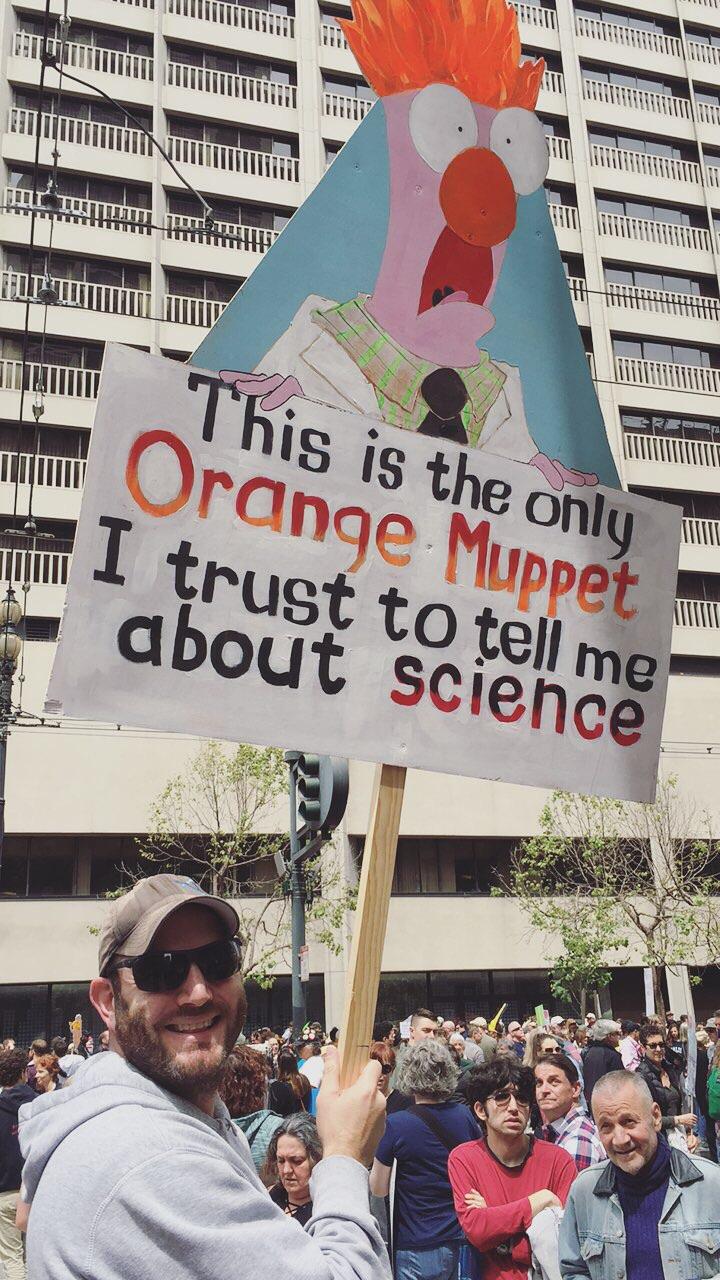 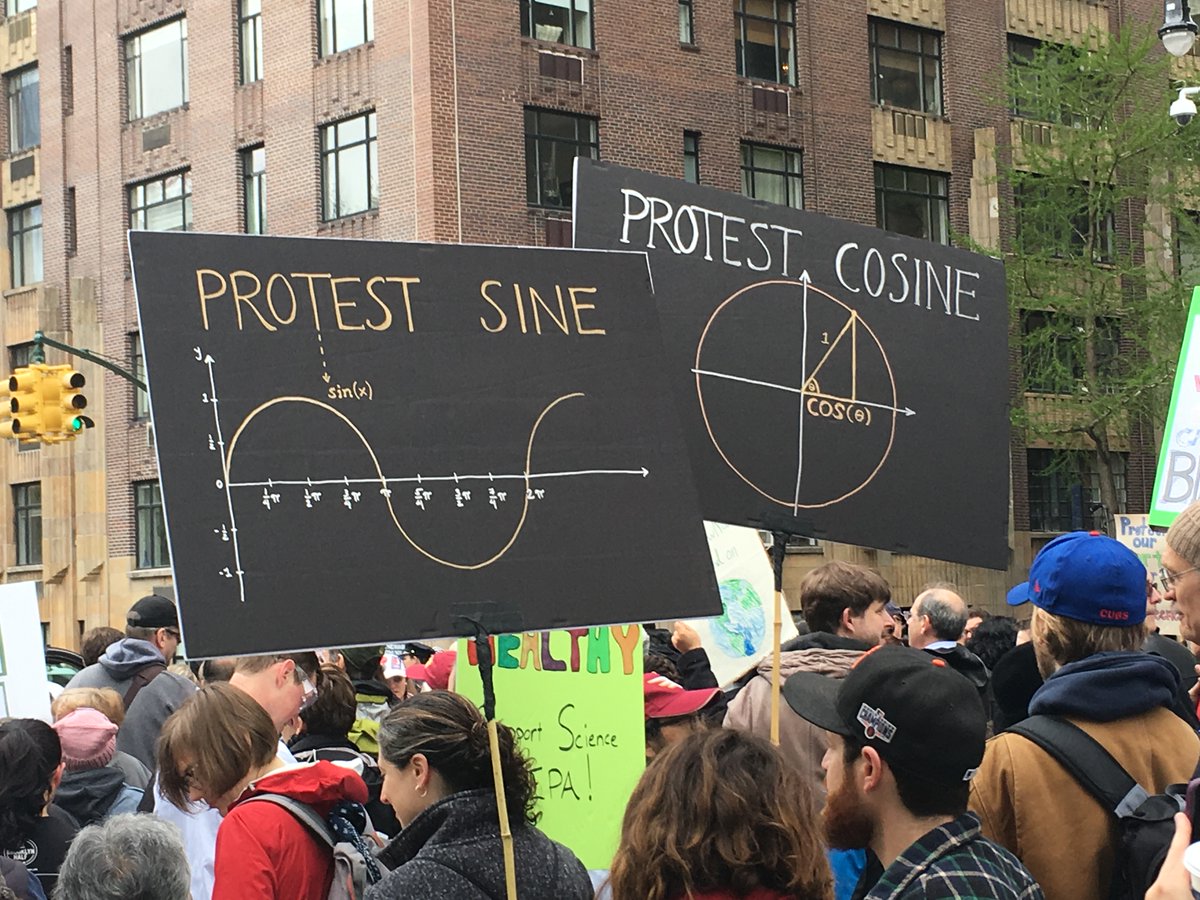 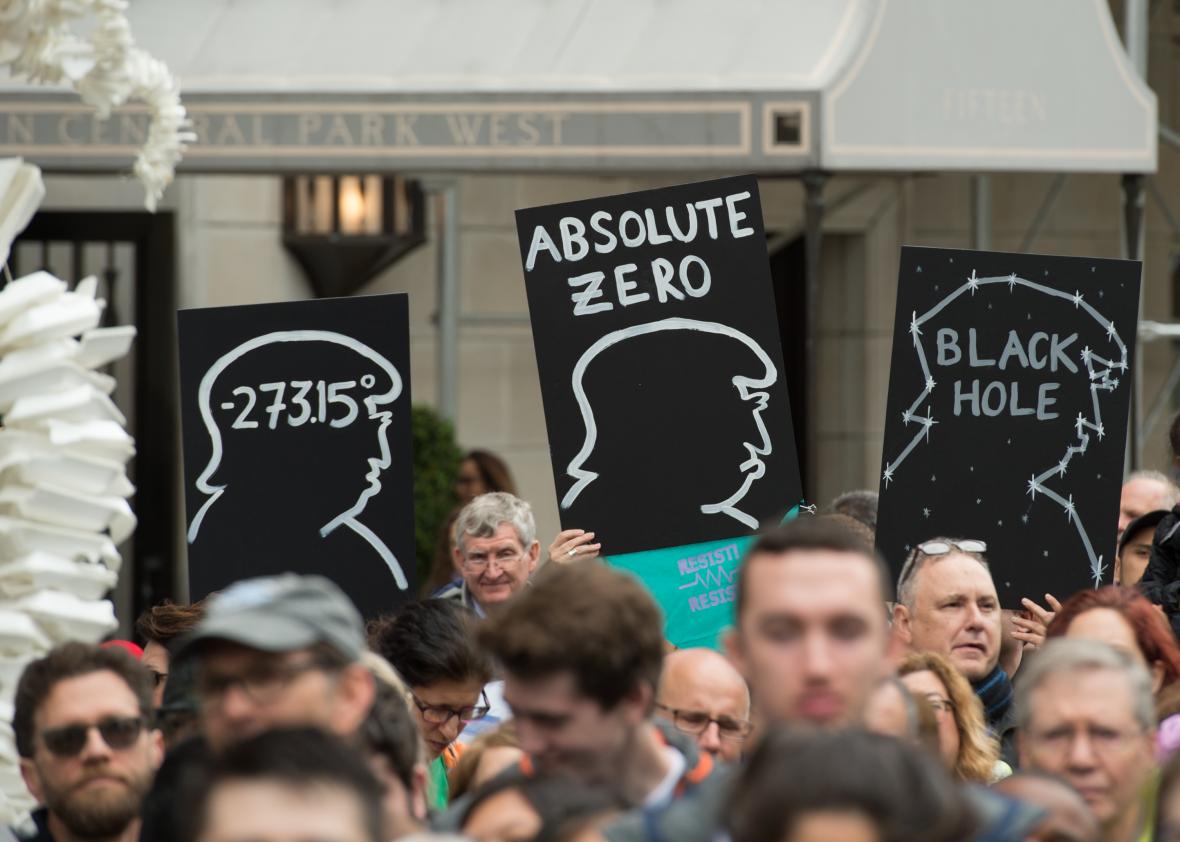 So there's an election on here in Ontario. And one of the party leaders is Dougie Ford. Yes that Ford. He's pretty much running as "Trump but the bland, dull version".

So, I just wanted to do my bit and had an idea which might go farther than just volunteering to canvass or whatnot (also as an election worker, my ability to do blatantly partisan stuff is restricted). I know someone at the office of the local provincial MP (NDP, i.e. dirty leftists) and I've talked with the local MP a couple of times myself. He's a decent guy who works hard and we owe him personally.

Anyway, probably nothing will come of it at all (god knows how many crackpot "suggestions" reps get from their constituents all the time), but I sent off a wee suggestion for the lady I know to look over for use in the campaign, a very short and old slogan which puts everything they're doing down in a simple memorable message (I'll explain more if it actually goes anywhere - since it won't make sense unless you know a fair bit about the details of Ontario politics) and if she likes it she show the MP and campaign staff. I figure following the "chain of command" actually gives me a better chance of my idea being given any consideration at all.

Even if they don't touch my suggestion at all, I guess it still counts as my doing something political. Regardless, the sentiment behind it is that it used to be the leftists who knew how to gut punch, so here's hoping they can find their way again and do something in the same spirit.

Voted today in advance polls. Not for Dougie, obviously!

Not really notable, except that it's looking like the filthy, dirty, no-good, very bad leftists might win. Aww yiss. :)

Just called Sinema's office to politely ask why, despite her professed support of net neutrality, she hasn't signed the discharge petition to force a vote to restore it. The nice lady on the phone said that she doesn't know but she'll ask her and get back to me, and took down my contact information.

If I don't hear back in a few days, I guess I'll call again to follow up. Or maybe stop by; her local office is on my commute.

I don't know if we've still got other Arizonans here (Bal, you around?) but for anybody who's in Arizona but not in District 9, it might be a good idea to send a message through her Senate campaign. (As always, letters and phone calls are likelier to get attention than e-mails.)

For anybody else, you can check whether your rep has signed the discharge petition at battleforthenet.com. There's also a button that's supposed to call your rep for you, but it didn't work for me; it tried to connect me to Ruben Gallego, who (1) is not my rep and (2) has already signed the petition.
Top

Got a form letter back from Sinema explaining what net neutrality is.

So I wrote a letter thanking her for her response and politely saying that if she supports net neutrality she really should sign the discharge petition.
Top
Post Reply
28 posts