Who the hell could have expected we'd become the duck?

what the duck are you talking about

It looks like we may have flattened the curve on Trump's increasing approval rating.

Support for Donald Trump’s handling of the coronavirus has plunged over the past week, polls show, as some of his advisers and Republican allies are said to be concerned over the US president’s daily briefings on the pandemic.

Trump experienced an upturn in public support as the virus hit the US, and his job approval rating surged to almost the highest rating since he was elected. As concerns over the government’s response have grown, however, the number of people who believe the president is doing a good job appears to be settling back to pre-coronavirus levels.

FiveThirtyEight's aggregates for Trump's approval rating and Americans' views on COVID-19 indicate that the trend line is common across multiple reliable polls.

As always, don't read too much into a single week's polling data, don't assume trends will continue, understand a lot of shit is going to happen between now and November that we haven't foreseen, and while "who would you vote for, Biden or Trump?" polls are going to start getting a little more reliable now that Biden's effectively clinched the nomination, it's still way too early to assume they'll look the same come election day as they do now. (Hell, if this campaign is anything like 2016, the election won't look the same as polls from mid-October.)

But for anyone who was concerned that Trump was actually coming out of this crisis more popular than he went into it, it appears that trend may have reversed. For now.
Top

Friday said, in the other thread:

Friday wrote:As I have stated many times now, COVID has thrown the world into CHAOS MODE as far as reliable predictions about future events.

Yeah, I keep banging the "a whole lot of shit is going to happen between now and November that we can't possibly predict" drum, and a once-in-a-century plague is at the top of the list of things we didn't know were going to happen six months ago. (And seven months ago we didn't know that the president was going to be impeached, a thing which most people aren't even talking about anymore. We live in strange fucking times.)

COVID-19 is, clearly, the biggest single factor in how the next few months are going to play out, including its knock-on effects like what it's doing to the healthcare sector and the economy. But there are plenty of other, smaller wild cards in the months to come.

Looks like the Supreme Court will be hearing oral arguments on Trump's tax records next month, by phone. Now, the way our news cycle's been going this past month, maybe that won't even register; maybe it'll just be a blip. But on the other hand, the press sure love live coverage of trials, and they've always wanted the chance to cover oral arguments in a Supreme Court case as they're happening.
Top

NYT interview: Alexandria Ocasio-Cortez Has Never Spoken to Joe Biden. Here’s What She Would Say.

I think she does a good job of hitting some of the major points here -- that aside from immigration and healthcare being life-or-death issues, Biden's conservative stance on both is simply bad electoral politics, that he's had trouble attracting young and Latino voters and he can't just take for granted that they'll show up in November on "hey, remember Obama?" alone, and that just because he's beaten candidates with more progressive healthcare policies doesn't mean that those healthcare policies are the reason he beat them.
Top

I thought I'd posted this here or maybe in the Corona thread but it seems I didn't?

Look, I know we try to be rational here, to rely on facts and try to ensure we're using good information. So, I don't know, maybe something else affected these numbers.

But it sure as hell LOOKS like proof that yes, the DNC has literally murdered hundreds of Americans from their own party so they could install Biden.

Like I said, maybe something else is at work here, but I do know that Ohio is one of the states that's done shit like allowing churches to stay open. And that Illinois's government Coivid information pages explicitly states that they recommended against the primary going forward and specifically points to Ohio's postponement of the primary as an example of what was supposed to happen.

But now there's a new wrinkle.

NBC News confirms that Biden & Obama were eager to have the Wisconsin primary go as scheduled & were both prepared to publicly escalate against Bernie if the primary was moved.

So, if this is accurate, the Biden campaign, and possibly even Obama himself, contacted Bernie and said "Unless you drop out, we will insist that the Wisconsin primary goes forward as planned.", that the Biden campaign essentially told Bernie they would continue to kill hostages until their demands were met.

I don't want to say this is the whole story; maybe Bernie would have stayed in if he thought he had a stronger chance. But he knew what he was up against. He knew what they'd already done. He knew how high the deck was stacked against him and how long the odds were getting. We know he made a tactical error in not demanding vote-by mail clearly and harder and making it a moral stand to hold against the Biden campaign, but that's not even remotely the same.

But the use of a man's conscience to break him in this way, by those who seemingly have none, has to be right down there with Nixon sinking the Vietnam peace talks for a low point for American politics.

Mongrel wrote:Look, I know we try to be rational here, to rely on facts and try to ensure we're using good information

Which makes it difficult to reconcile that particular bit of rumormongering with the demonstrated sequence of events, where Wisconsin's Democratic governor tried to delay the the primary and extend the absentee-ballot deadline, Republicans countersued to block it, the DNC itself filed the SCOTUS brief supporting the extension, and the Republican side of the court denied it 5-4.
Top

I still believe the DNC felt the push to the polls in those earlier states was more important than the lives of their voters. Murder is hyperbolic I suppose, but callous and wilful negligence in the naked pursuit of power for its own sake seems close enough to outright murder that I'm using that term very deliberately.

My comments on the deleted tweet DO begin with "If this is accurate", though... actually... did you see my post before or after the second tweet was deleted? 'Cause if there was just a blank space there when you read it, obviously it just looks like I'm just babbling on from the first tweet.

The OP deleted and reposted the tweet, because he wanted to walk back his conjecture.


Source here: https://www.nbcnews.com/news/amp/blog/n ... #live-blog (currently on page 2, may change. Heading is "Sanders drops out: How Biden, Sanders (and Obama) got to this point")

From what I can find, the Biden campaign was saying it was safe to go until the day of. There's a lot of possible things that might have been said privately between the campaigns - maybe Bernie ends up complicit here too, as the article also claims he agreed to stay in to drive turnout for the Wisconsin Supreme Court election. 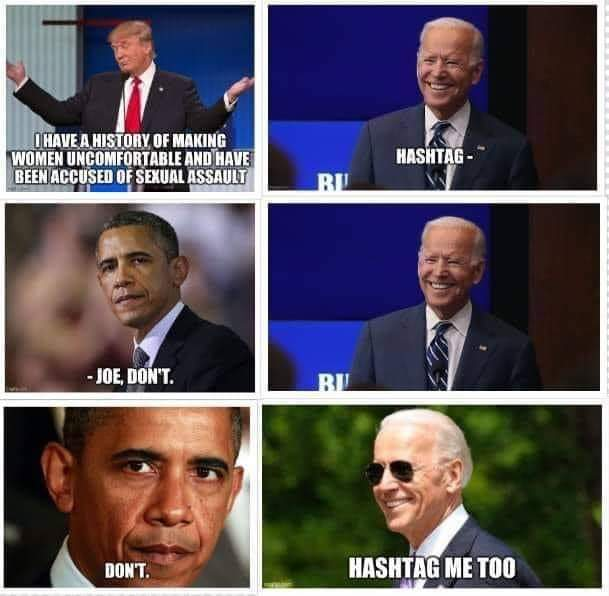 You don't need a weatherman to smell which way the wind's blowing.

The circle is complete!

oh my god are they really gonna do it

I mean, at this point I almost want them to.

If they really do it (might still be some kind of fake-out), it will quite literally open up the greatest chance for a third-party president in the history of the republic.

All that'd been confirmed for today is she'll endorse him. Gotta save the potential vp spot to entice anyone who hasn't endorsed yet.

I mean, insofar as "doing a good job" is "make the incredibly obvious play".

But that seems to be pretty difficult for American politicians these days.

Whatever rally-'round-the-flag bounce Trump got, it looks like it's receded. FiveThirtyEight currently has him at 42.6% approval, which is pretty close to the 42.3% low he hit in March right before his numbers started to pick up. Unsurprisingly, his 42.6% approval/52.5% disapproval aren't too far off from the approval for his handling of COVID-19 (44.9% approve, 51.2% disapprove).

What does any of this shit actually mean? Well, for now it suggests that any benefit he got from his initial response to COVID-19 was temporary and has run its course, which is a good thing but doesn't prove anything about what happens next. We don't know how long the decline in his polling numbers will continue; I suspect it's probably another cycle where it'll continue decline for awhile, bottom out, and then start improving again. I'm seeing the usual "Surely this time is the scandal Trump won't recover from!" headlines, and hey, maybe this time they're right; I'd love for them to be right.

A lot is going to depend on what happens in the next few months. I think we're six weeks into an economic crisis and Trump's approval rating just hasn't caught up with that yet. I've been saying for years that an economic downturn is the likeliest thing to bring him down, and I think we're in it. If he loses in November, the narrative will be that his botched response to COVID-19 is what did it; obviously there are a lot more variables than that, but I think it's fair to say that if he loses, that'll be the single biggest factor.
Top

Well, I didn't see a VP announcement in the international news this morning, so I assume the Biden campaign is still dangling that bait.