It never helps to vote for Newbie because he always acts like a wolf but god help me I'm voting for Newbie anyway!

Looks like a confession to me boys. I mean, I'm not voting yet, but...
Top

And I definitely wouldn't then choose to immediately call attention to my unconventional tactics.

I mean, if there were other fancy roles I might have considered it for the purpose of throwing people off. Maybe the wolves were working under the assumption that they weren't alone in their special status?
Top

beatbandito wrote:Newbie's "science!" post was suspicious to me because those types of posts always are, but I'm not invested enough to start a bandwagon that will make me the focus for tomorrow's lynch if he's innocent.

The Science post was a blunder for a couple reasons, the most obvious of which is that an innocent player died as a consequence. I should have had faith in my instincts.

More importantly though, I don't do stupid bullshit like count every word that's been posted in the thread so far because the wolves are going to do anything as predictable as post the most or post the least. The point of that exercise was to get a picture of how the game is shaping up, see what patterns of behavior are emerging, and above all, to inspire discussion. If nobody's talking, nobody's throwing accusations, the wolves win. I wanted to see discussion occur and see whose behavior rubbed me the wrong way. I got too caught up in the "it's day 1, let's just get it over with and get some concrete info" mindset, though, and never considered that any concrete info makes my whole numbers exercise unnecessary and redundant.

Friday wrote:Also, Lottel, could we get a list of the basics, like how many starting wolves, if there's even a Seer, or a Baner, or what?

So far all I know is this is a "simple" game, which could mean just wolves and innos, or wolf/inno/seer, or who knows.

Thank you for asking this. That said, when I read this, I immediately wondered if this was a subtle way of spreading the idea that you don't have a special role when you actually do. Now that we know that the only special role is wolf, I have to reevaluate that question.
tiny text
Top

It occurred to me that it might look like that, but I long ago realized that posting while worrying what it "looks like" is pointless and ultimately self-defeating.

Anyway, With absolutely no other powered roles in the game, all we have to go on is behavior.

We have one more miss: There's currently 7 players alive, with 2 wolves. A misslynch would leave 5 total, 2 wolves, meaning we'd need to hit wolves from then on.

Let's look at the list again. I've taken off Romo and Kayma.

I have nothing but bog standard voting patterns to aim with, and aim with them I will.

Unless the wolves are Grath and Caith, a wolf voted for Romo.

Beat was the first person to follow my re-vote once the game actually started.

Laserham is being quiet but that's pretty par for the course with his history. Still, he was a mid vote and I've got my eye on him.

I don't think I've ever played with hngkong before. He's a blank to me.

Newbie is Newbie and he's wordy like me. Being the final vote as a wolf is unlikely, but Newbie is an experienced player so I wouldn't put it past him.

Anyway, we have to apply pressure and get people to post. We can't rely on Seers because they don't exist.

So, I'm going to do what I do in real life face to face wolf games.

I'm going to ask every player to name their wolves.

No cop outs, no "I don't know." I want two names and a reason, even if the reason is just "I got a bad feeling about them."

Anyway, my top two wolves are, right now, Beat and Grath. Beat because of voting patterns that wolves tend to fall into, and Grath, well, just because of a gut feeling.

I'd actually ask if a no kill was possible, but it actually hurts us, so. We need to use each day to lynch.

I'll go a step further and post a detailed list of what I have so far. Keep in mind this is an early list and should not be taken for anything more than that.

Originally my last post had a comment to the effect of "and that's why Friday always gets lynched on day one" about Science Posts.

Unfortunately, your science is bad. The strongest wolf is actually Kris Wolf.

As for my most likely wolves based off the pyrite rule of "assume of others what you know of yourself" I lean towards the most active or the most talkative. Friday and Newbie fit into the talkative slots and Leeham and Caithness fit into the active slots. Of course those both describe me by now but I'm probably not a wolf, right?

If I had to *mmm what'cha saaaaaay~* right now it'd likely be for Leeham. But I also think a Newbie / Friday power combo could keep the game going their way, and a Leeham / Caithness combo could go unnoticed for just as long.

fuck you, pay me

beatbandito wrote:
As for my most likely wolves based off the pyrite rule of "assume of others what you know of yourself" I lean towards the most active or the most talkative. Friday and Newbie fit into the talkative slots and Leeham and Caithness fit into the active slots. Of course those both describe me by now but I'm probably not a wolf, right?

What's the difference between active and talkative? Number of posts vs. number of words per post? I'd say Leeham is towards (if not at) the bottom of both of those metrics.
Top

Grath and Friday have both made "I'm the weretiger" jokes in-thread so they're at the top of my list. Beatbandito sort of gives me a wolfy vibe but then I thought the same thing about Romo's panic post sooo

I definitely don't think both Grath and Caithness are wolves, which indeed means that one or both wolves probably voted for Romo. Other than myself, four people meet that criteria: Friday, beatbandito, LaserBeing, and hngkong.

Friday argues convincingly. If she's innocent, I think she's one of the most important players in coordinating a strategy against the wolves. However, she's perfectly capable of playing a plausible innocent while actually being a wolf, and as a wolf she's even more dangerous to the innocents. I just deleted several paragraphs speculating on whether it would be in the wolves' best interests to kill her or not, because it doesn't get me any closer to deciding how to proceed. Let's just call her "dangerous" and move on.

LaserBeing and beatbandito are both veterans and both carved out slightly performative styles of play. Beatbandito comes across more suspiciously of the two of them at this moment.

That just leaves hngkong, who's got that low verbosity and enigmatic aura.

So for tonight, my wolves are beatbandito and hngkong. I may feel differently in the morning.
tiny text
Top

Just to confirm, this is my first game of werewolf on the forums, so I understand the problem with me being a blank slate and how that helps to makes me look guilty. I just wanted to stir the pot a bit, get things started, but I chose poorly. But I've also never played with any of you, so my ability to gauge people may be off as well.

At the moment, Friday is the one I feel strongest is innocent, because she is trying to rally everyone, which makes me more inclined to follow her views. Caith was the reason I voted for Romo in the first round, but could have easily just been voting to get things started. i think innocent, but part of that is due to so many people also thinking innocent. Looking back however, the way Beat immediately switched to dogpile on Romo is why he is my most suspicious person.

Laser I have no idea about, but I guess I lean possible wolf due to piling on Romo with no reason listed initially. Newbie makes good points, which leads me to lean innocent despite being in their crosshairs. Grath voted for Kayma, a now dead innocent... but so did Romo. Mixed signals there.

To defend my voting of Romo on the start of day 1: Day 1 is always a shit-shot, Romo already had Friday's vote so it was a chance to get it over with instead of extending the Romo/Kayma battle, and most importantly I thought of the John Wick joke and Romo's life was worth about that much.

Re: Caithness and my feelings towards Laser. You both, and hng, have pretty similar post counts but Laser is doing more with them. A higher number of vote posts with less words to defend them. But on review I did realize I had misread Newbie's day 1 post and the two did not exchange votes on different days, which I had originally taken as an attempt to separate themselves from each other without actually betraying. But with that having been wrong I no longer think revealing Laser will prove any more than anyone else would. As for Hng he's just so darn cute how could that be the face of a wolf?

With that said I don't really have any other thoughts to provide up to this point. I got caught up in the defensive dance on the lip of the volcano where either explaining too much or being too quiet can be reason to lynch and looking at my own reasoning I'm as smart a vote as anyone today.

Grath going absolutely quiet in light of my suspicions while Beat is at least trying to defend himself has led me to consider him a likelier wolf.

Friday wrote:Grath going absolutely quiet in light of my suspicions while Beat is at least trying to defend himself has led me to consider him a likelier wolf. 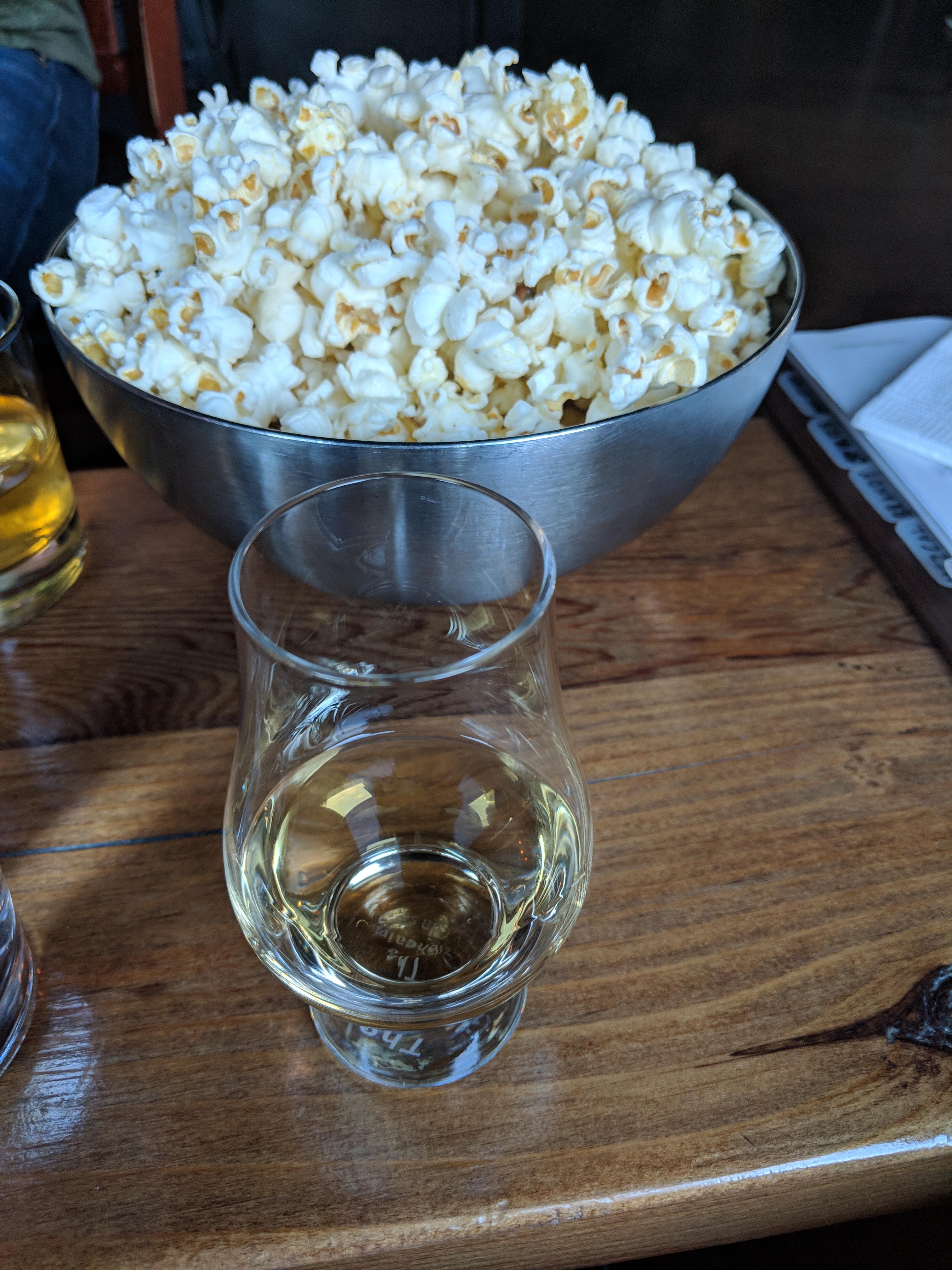 I'm on a work trip, I've been busy. This has been established already.

Even with Friday baselessly accusing me I'm sticking with LaserBeing.
Top

My bad, missed it.

I'll go ahead and move to my third wolf then, Laser.

Friday moved her vote off of beatbandito as soon as hngkong put his there. I find that suspicious as hell.
Top

Caithness wrote:Friday moved her vote off of beatbandito as soon as hngkong put his there. I find that suspicious as hell.

Is your concern that Friday and hngkong are the wolves, and Friday doesn't want to be voting for the same person as her partner? Because otherwise I don't understand why Friday's behavior would cause you to cast a vote for hngkong.
tiny text
Top

He probably thinks that beat is my partner, I was voting for him early to establish plausible deniability for later after he's dead and I'm the only wolf left, but then I saw someone joining my vote and didn't want my partner actually lynched, so switched.

Sorry, just woke up. In any case, I maintain that we should be voting Laser for now, since beat defended himself and Grath's excuse for being quiet is legit.