Niku wrote:the psp, pre smartphone, was a goddamn revelation to me. it was pretty shitty at most of the jailbroken extracurricular things it COULD do, but man, it was an e-reader, a digital manga reader, a video player, a web browser, a podcast/mp3 player, and a handheld emulator. who cares that i only ever owned two UMDs (three if you counted the pack in UMD of SPIDER-MANS 2), that thing went with me everywhere until the iphone became a big deal.

My DS covered some of those tasks as well, especially handheld emulator and MP3 player. Thing is, long before getting a smartphone, I still had an old-style iPod from years earlier - but in the late '00s, the DS was always with me.

On the other hand, the PSP's got Tactics Ogre, so that's worth a vote. 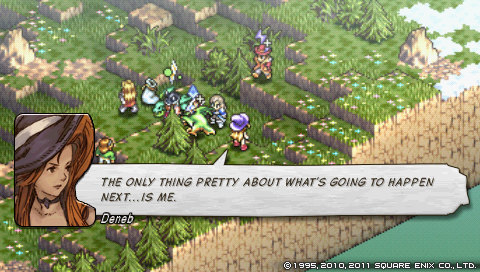 like when i say it was an e-reader the original jailbroken e-reader "hack" was just to fucking convert .txt files into jpgs that could work in the native psp photo viewer

the native psp photo viewer had a memory leak that caused all photos viewed in it to become unviewably blurry after you went through like, ten photos and you had to reboot the system

god damn I forgot how much I love Deneb

Extra entry in the last match up of the round to even things out.

Still vote for only two.

Wouldn’t GameCube be middle at this point, both chronologically and number of entries wise?
Top

yeah, probably. I guess I just will forever consider the N64 the "middle" because it was the first 3D (nintendo) system.

If it weren't for the Switch honestly would we even know who Nintendo was?