I haven't used Twitch before. Is there a rewind function somewhere that I'm not seeing? Is there a way to go back and watch from earlier in the stream?

And the combination of "serialized show that's not friendly to jumping on in the middle" plus "no way to go back to an earlier episode" plus "the stream starts at 11 AM on fucking weekdays" leads me to ask the question, what the fuck is the point of this? Who is it for? 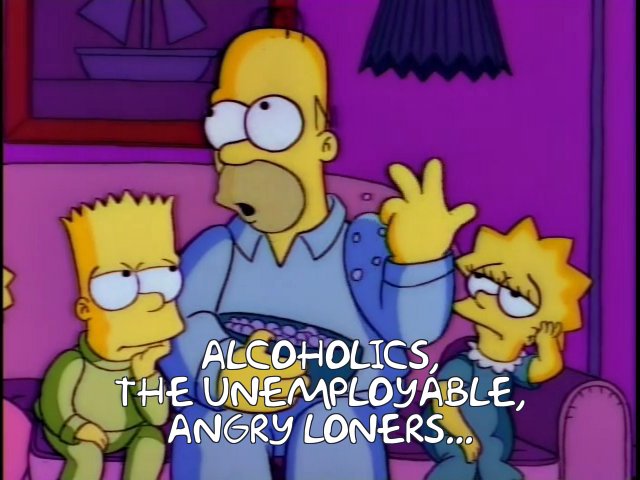 Although I have to say, "It is 2018 but technology is behaving in more or less the same way as it did in 1963" is pretty much the most Doctor Who thing I can think of.
Top

I can't comment on jumping around in this stream specifically. It does exist as a feature on twitch but I'm sure they have ways to turn it off for these types of 'events'.

But for the time, isn't that basically prime time in the UK?

VODs were apparently either disabled or deleted for this channel, yes. I suppose the single scheduled showing of a lot of these episodes was part of the licensing agreement.

"It is 2018 but technology is behaving in more or less the same way as it did in 1963, because laws" is definitely peak Who.

This is really weird. I like the idea of a twitch stream that endlessly shows Doctor Who eps, though. Kinda wish this was that, and not this.
tumblr | twitter | wingnut circus | youtube

There is a streaming service with on-demand classic Who episodes. It's called BritBox and is co-owned by BBC and ITV.

Presumably the "nope, you can't rewind" anti-feature of the Twitch stream is due to some kind of non-compete between Amazon (which has the streaming rights to the current series) and BritBox.

There's a whole rant I could get into about how I pay for three streaming services and still can't watch all the shows I want to, and how this is part of an ongoing trend to try to make the Internet more like fucking cable TV, and how there comes a point where just pirating the goddamn thing really is the most attractive option.
Top

Thad wrote:there comes a point where just pirating the goddamn thing really is the most attractive option.

On that note, technically minded Brit here - lmk if anyone needs proxy/time shift access to iplayer tv or radio.
Top

So 52 seconds of footage leaked from (presumably) the first episode, because Whitaker is still in the tattered Capaldi outfit, so she's probably still in her regenerative loopy state. This probably won't be her ground state for characterization, but she still seems very quick tongued. Some stills also got posted somewhere of her in goggles, and HOLY SHIT SHE LOOKS AMAZING IN THEM. I don't have links handy, sadly, but, hey, New Doctor Who stuff is trickling out!
Top

There's not really a lot of Who there. There are several Short Trips, which are audiobooks rather than radio plays; there are interviews with the two Bakers; and there are a number of Torchwood plays that I'm not familiar with. There are really only three Doctor Who radio plays in the set: the first part of Dark Eyes (which is quite good, but I already have it) and a pair of Fourth Doctor stories.

However, that pair of Fourth Doctor stories goes for $45 on the Big Finish site, so snagging it for $15 is a deal in and of itself.
Top

I'm not seeing this posted here, and though I suspect you've all seen it, here it is for posterity.

Maintaining a list of iplayer ids on the offchance that's helpful to anyone.

Lady Doctor is giving me some Tennant vibes on her line delivery.
Top

It occurrs occurs to me that everything that's happened to the doctor since that last stand with the cybermen, through finally dying in the Christmas special, up until Grace dies has occurred within the span of less than a day from her point of view. She gets a cat nap in but they wake her in the middle of blowing gold glowy spit bubbles again.

Also I guess they covered for or disposed of the body of the mutilated fella who presumably owned the garage they're still hanging in while building teleporters out of microwaves. And then they accounted for the electrocution of an elderly nurse who was climbing a crane at an evacuated construction site in the middle of the night and then at least hung around long enough to attend her funeral. And after however long that took the Doctor finally changed out of the clothes she's been wearing since she fought cybermen in a black hole subjective days if not weeks and at least one gender ago. So it's still got the cosmic hobo thing going for it.

Anyway, I thought it was boss but the alien was trash.

Tim the alien was throwaway bullshit that existed only for the name gag, but might have some value if your kids are the right age that you can persuade them he was a tooth fairy.
Top

there's something not quite right with the writing.
- old dude say "where are you going" before his wife even moves
- corpse staying tantalizingly off panel after the first appearance - seriously? you couldn't afford the budget for a *corpse*?
- ball alien also weirdly stops existing for a while near the end of the episode
- why the fuck did the old people go up to try to defeat the ball alien there was literally no need to do so
http://zarat.us
Top

Maximillian wrote:Lady Doctor is giving me some Tennant vibes on her line delivery.

The line in this week's episode about "It fried their circuits. We've got a few minutes before they reboot" sure could have used another pass.
Top

I could make some complaints about the logic of this episode (mainly: as the episode comes very close to stating outright, Rosa Parks refusing to give up her seat was a planned protest, not a spontaneous event; if it hadn't happened on that date with that driver it would have happend on some other date with some other driver; less importantly: if Ryan's nan was such a big fan of Rosa Parks that she was in the habit of sharing obscure trivia from her bio with people she'd just met, how is it that Ryan knows next to nothing about her?), but all that's secondary.

The important thing is, they went there. Doctor Who goes to America and fights white supremacists.

I don't know the shape of Chibnall's tenure as showrunner yet. But it sure seems like he's the right showrunner for our time.

(And I'm sure the same people who are incensed about a woman playing the Doctor are howling about "SJW Doctor Who" as we speak. And are blissfully unaware that Doctor Who was created by a woman and a Jewish immigrant.)

I quite liked Josh Bowman as Krasko, and I'm guessing we haven't seen the last of him. (Hint: when you're fighting someone who's trying to change history, don't send him even farther back into the past.)
Top

Also just really cool in general to see Doctor Who return to its roots of 50/50 dumb cartoon sci-fi and (apparently desperately needed) historical education. And yeah, Krasko just got 'plot device' tattooed on his forehead so hard.

That future society in the setup though, the one that leaves all the criminal impulses in people, but nerve staples them so they can't directly act on them, and they call that rehabilitation? That's some fantastical levels of what-could-possibly-go-wrong dumbassitude. I've not heard of a worse fictional justice system since Azkaban.
Top

Thad wrote:I don't know the shape of Chibnall's tenure as showrunner yet. But it sure seems like he's the right showrunner for our time.

(And I'm sure the same people who are incensed about a woman playing the Doctor are howling about "SJW Doctor Who" as we speak. And are blissfully unaware that Doctor Who was created by a woman and a Jewish immigrant.)

Not to mention its first director is a gay British-Indian.
Top
Post Reply
374 posts