Erfworld has shut down for good - forums are closed to the public, wiki is down, comics are barely visible. Reasoning is unclear but rumors point to a second family tragedy just overwhelming Balder's already pretty thin patience with his whole situation.

It was a bit of a shock, but not much of a surprise; Erfworld has been running on fumes for some time now. I just wish it had a clear jump-off point instead of cliffhanger after cliffhanger, for the last ten years.
http://zarat.us
Top

As far as I can tell, the good jump-off point is the end of Book 1.

Meanwhile, Wanda died almost a year ago and nothing came close to resolving that plot thread in the year since. I got tired of checking for updates on a bunch of other stuff that didn't matter to the story at hand.
Top

Not really sure we can still call it a "webcomic" exactly, but Homestuck 2 launched today. From what little is available, I think the following comparison is accurate.

Apparently it's updating the 25th of every month.

And apparently Homestuck is now about middle-aged men confronting their own superfluousness after participating in a literal world-defining moment.

IS THERE SOMETHING YOU WANT TO TELL US, ANDREW HUSSIE
http://zarat.us
Top

I hadn't checked PBF in a while and it turned out he put up a new strip around (I would guess) Halloween and dear god it's Dickensian levels of tragic. Dami Lee wrote:Iconic comic strip The Far Side launched its official website today, which debuted with a selection of classic cartoons, doodles from creator Gary Larson’s sketchbooks, and a letter from the cartoonist himself. Despite the strip’s cultural ubiquity in the form of books, calendars, and posters, the official website marks the first time the comic has ever been authorized to be available online. To mark the 40th anniversary of the strip, which was syndicated from 1980 to 1995, thefarside.com will periodically post new comics from Larson in 2020.

HOLY SHIT DID THEY SAY NEW FAR SIDE?!

Mongrel wrote:I hadn't checked PBF in a while and it turned out he put up a new strip around (I would guess) Halloween and dear god it's Dickensian levels of tragic.

A personal retrospective on the decade from Noelle Stevenson, author of Nimona. (Also some She-Ra fringe project thing I guess.) 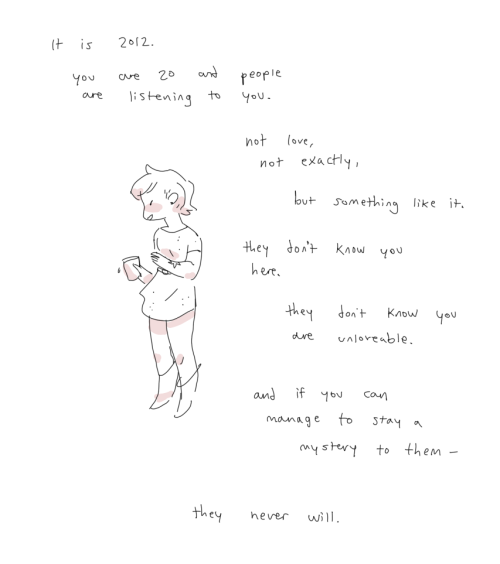 Also, she got a sword as a wedding present. 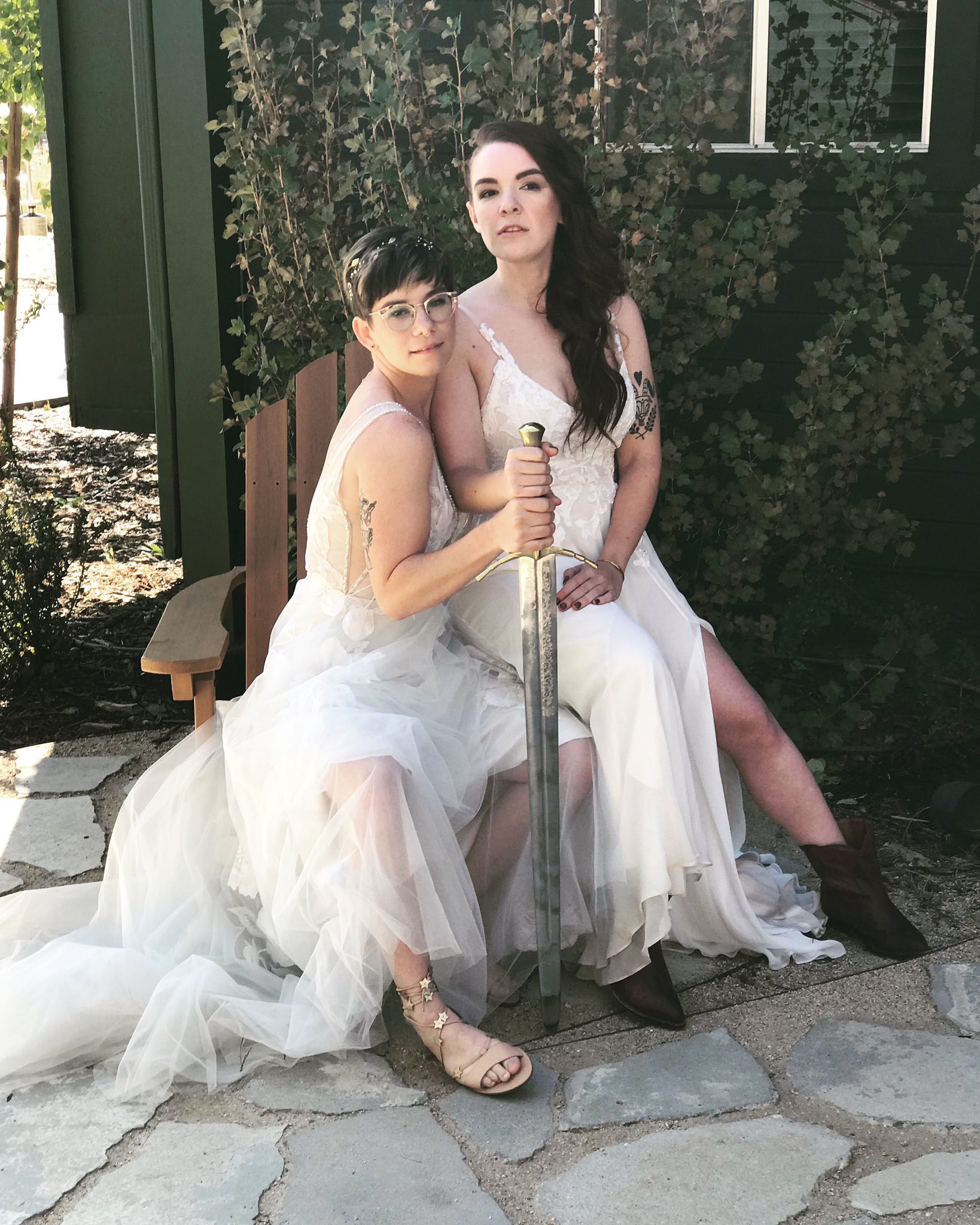 Just found out Roger Langridge has a Tumblr. It's got some pretty cool art 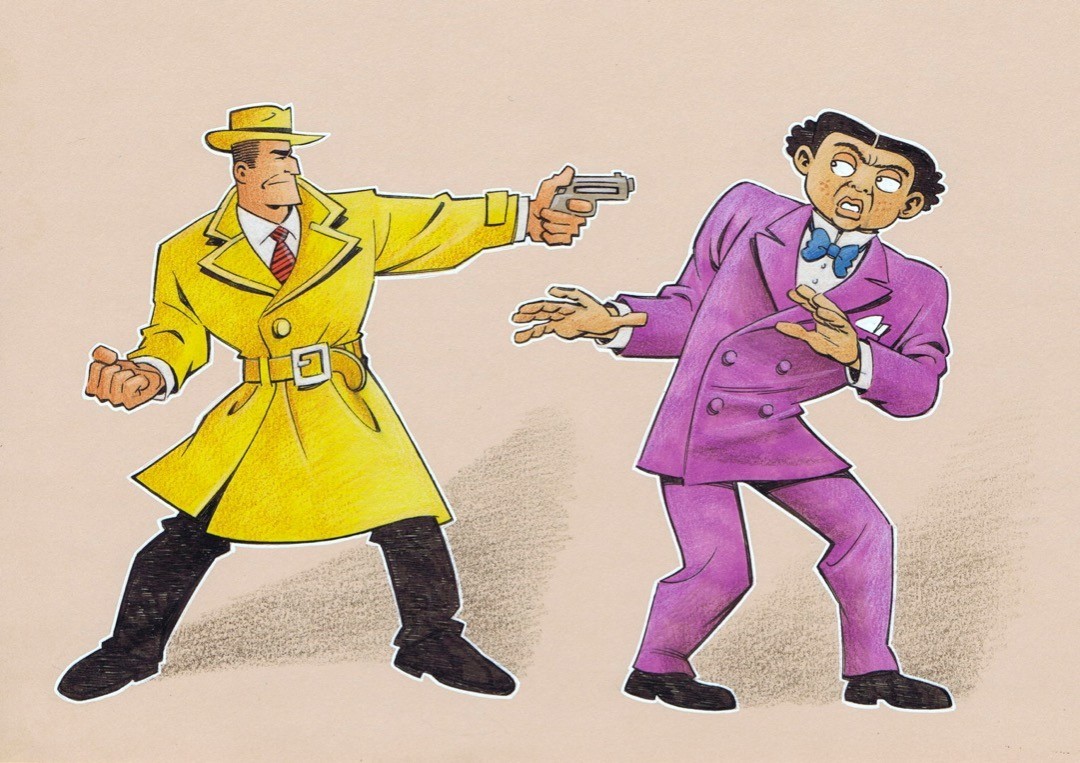 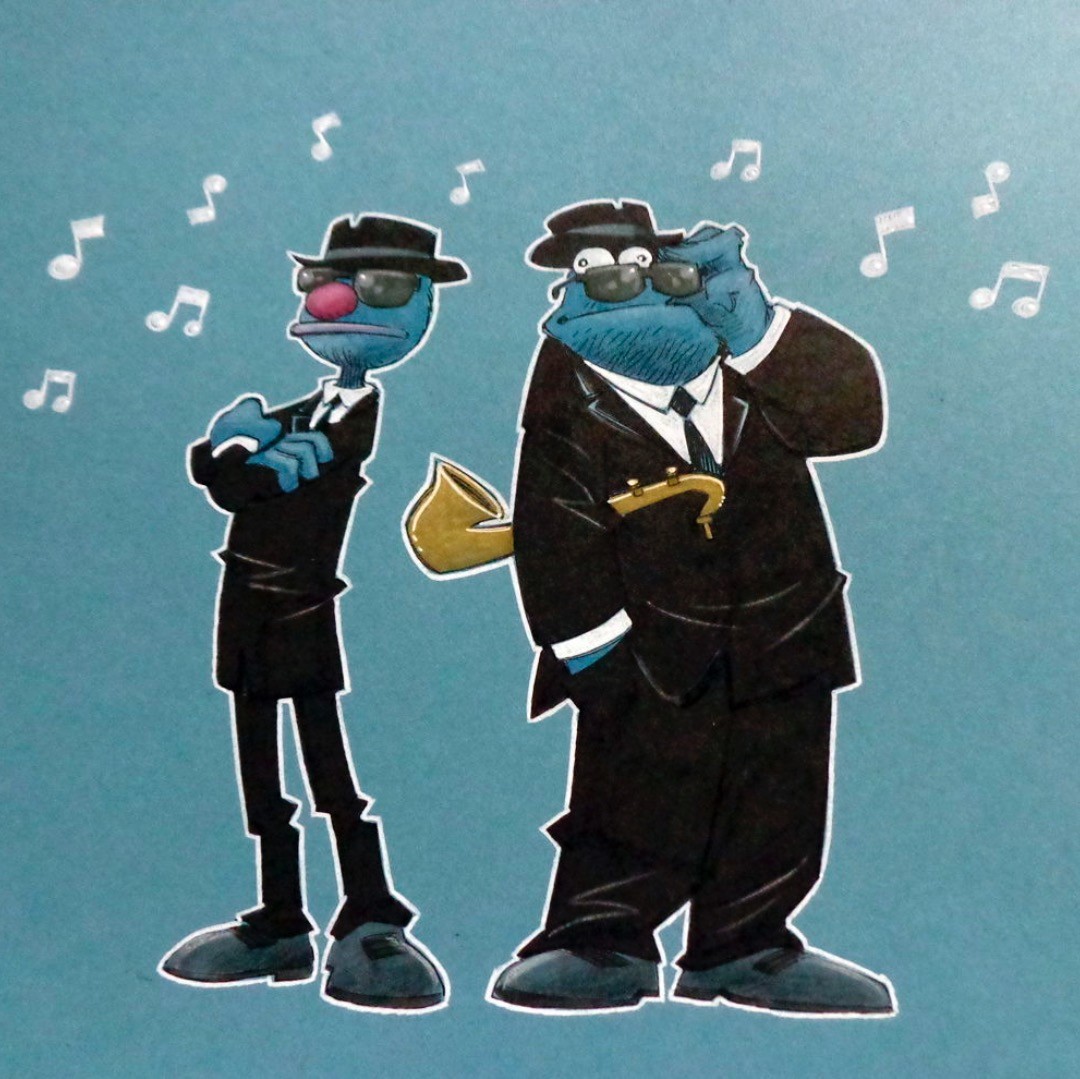 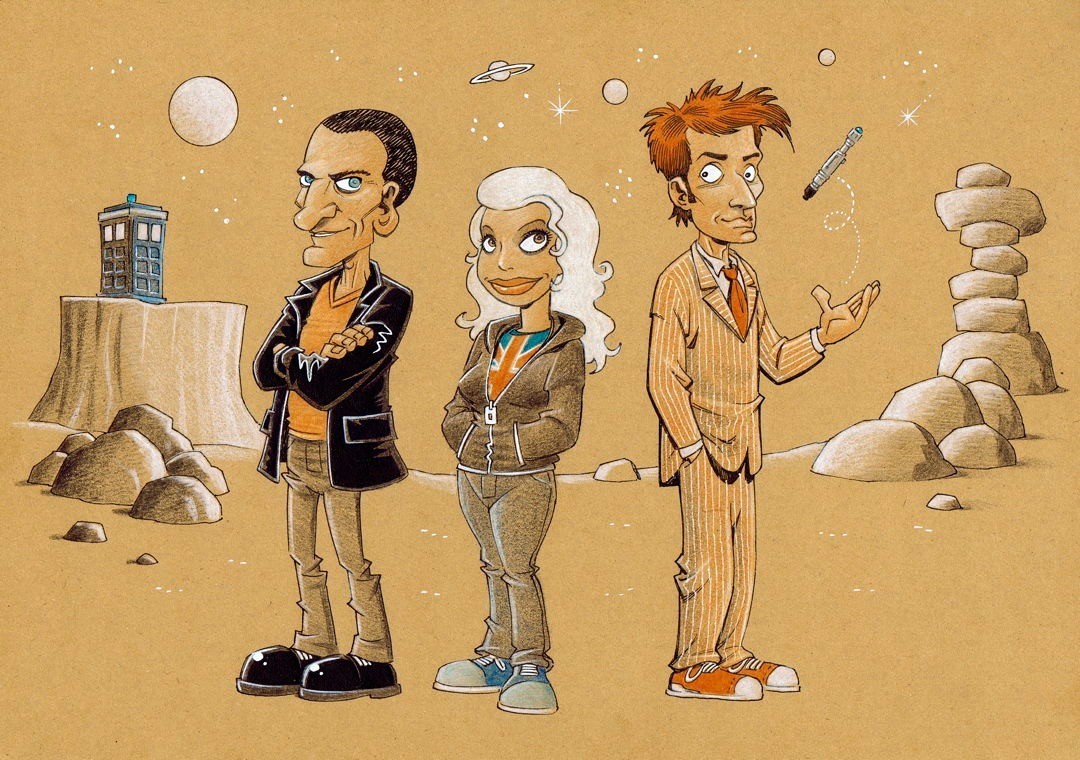 and it includes a webcomic called The Hotel Fred. 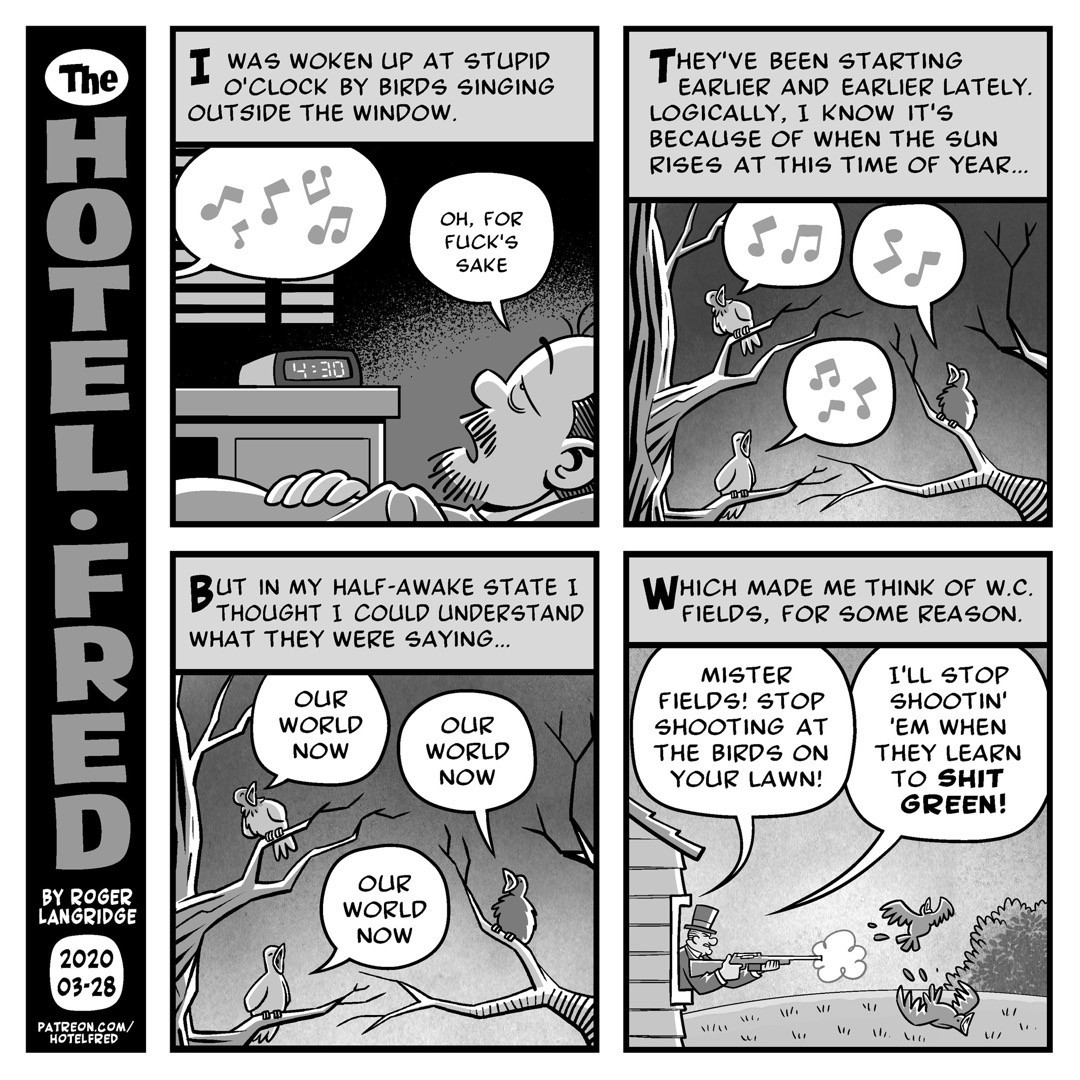 But it was all worth it for what i really believe is the loss.jpg of homestuck - the sign that what a comic's creator wants and what the readers want is at an irrevocably oblique angle.

What Buckley wanted was to be deep. And what Andrew Hussie wants is to go back to Whistles and Humanimals.

If you haven't been accompanying the homestuck sequels, congratulations. It's been a parade of anticlimaxes and navel-contemplating only previously exceeded by the second half of homestuck. The universe split in half, and one of the timelines has suffered what's termed a "relevance collapse". which means it's become fanon.

As I've mentioned above, Homestuck is now about middle-aged men and women confronting their own superfluousness after participating in a literal world-defining moment.

Anyway now these two things collide. Jade is sad because all her friends have kids and she can't get pregnant. Because she has a dog dick after fusing with her dog in the original Homestuck.

This has been hinted at exactly once in the story before this page. So if you're not paying much attention, this single page of writing hits you with the following sequence:

1. Jade can't get pregnant because she has a dog dick.
2. Jade asks Rose to help her have a child. Rose accedes, and gets pregnant after a short, secret, notedly physical affair, presumably involving the dog dick.
3. Rose gets dog-pregnant for two months and gives birth to Jade's dog dick daughter.
4. Jade hides this child for the next fifteen years.
5. Previous pages hint this is because the baby is not human. Rose had a dog baby from having dog dick sex.
6. And, as a beautiful dog dick shaped bow, the child is named Yiffinella Longstocking Lalonde Harley, or for short, Yiffy.

The main issue the remaining dregs of the homestuck fandom had with this setup is that Rose cheated on Kanaya. But they haven't noticed item 5 yet. They don't know homestuck is about to get its own Nina Tucker.

Andrew Hussie has won. After ten years of dutifully trying, he will finally break the readers.
http://zarat.us
Top

The twitter thread contains this very important post: 18 May - We are still friends on Facebook, which is how i know it's her birthday, and she seems to be having a great time, updating her page once a year with another photo of her hiking in the mountains!

So that's good, and matches my experience of occasionally thinking "I hope Allie is still alive" and generally finding a local tv appearance or podcast interview somewhere from not too far in the past. Quitting the internet cold at your absolute peak, probably a winning move.
Top
Post Reply
276 posts