Oh yeah, these are the exact same pillocks that have been facing off against racial justice demos with sharpened LARP gear aren't they? Thinking they'll cut a bloody Conan swathe through them soy milk drinkin' lib npcs cause obviously we have 1hp each.
Top

I think most of us already know that Wizards was and still is overwhelmingly white and male, but based on the offerings of the past few years, it wasn't too hard to imagine that they had decent intentions that were just being tripped up by a sheer weight of clueless white privilege.

Beg's got something very different to say, and paints a depressing picture of a company that's very far from mere bumbling, one which is actually insidiously, actively racist, and which is exercising a stifling control over their third-party content creators which is severe, unfair, and again, actively racist.

This is the image of a far more sinister WotC. It's disgusting - chilling even - but I suspect it's the spot-on truth.

I mean Wizards has always had problems with OCD-levels of control. Which is not necessarily racist in and of itself, but the rug-sweeping described in the article sure fits that known behaviour.

Or, to take a specific example about race, Magic not having many - or any, at times - black artists has been a running gag for twenty years. If you see such a highly visible problem go unsolved for so long, it should take you a lot less time than two decades before you start to think that maybe the reason the problem has gone unsolved isn't just simple ignorance.

Or, for another one, Cedric Wilson being the "token black guy" on the event coverage team, for geez... how many years now?

If Trump's 40% death-cult, Brexit, and the current shit going on with cops right now should teach you anything, it's this:

Stop being so charitable with your assessment of other people when it comes to racism.

Actual, for real, no shit racists are common. They're everywhere. They are not subtle, or intelligent, or playing some form of xeno-chess. They are just straight up "cartoon" racists. The only reason they are not doing public lynchings anymore is the cops have taken that over.

So the next time you see someone doing an action that is racist, instead of finding an alternate explanation for their behavior, consider that maybe, just maybe, the reason they're doing racist things is because they're racist. Yes, this includes your boss, your coworker, your friend, and your grandma. I don't care how many cookies she baked for you.

Friday wrote:If Trump's 40% death-cult and the current shit going on with cops right now should teach you anything, it's this:

Stop being so charitable with your assessment of other people when it comes to racism.

Actual, for real, no shit racists are common. They're everywhere. They are not subtle, or intelligent, or playing some form of xeno-chess. They are just straight up "cartoon" racists.

I think the charity in this case is just inertia/familiarity breeds contempt.

Also, as mentioned, these particular racists have made a lot of noise about diversity the past couple years, so that fuelled the "they're just stupid" perception (and to be fair there ARE a lot of well-intentioned idiots out there... those roads to hell don't pave themselves). It just turns out that in Wizards' case this is brownwashing.

Plus this is a case where it turns out a company is actively concealing a lot of its worst racism.

You quoted and replied to my post before I was done chain-editing it, but yeah. I'm not denying that idiots who do stupid shit because they're stupid and it just looks racist exist, but extending that charity in today's climate it going to get you a lot more misses than hits.

But in general terms I'd agree with you 100%. This was just familiarity breeds contempt etc.

(I too was chain editing, because who does that? :V )

This got me wondering if any of you have ever heard the story of Osyp Lebedowicz from his winner's report at PT Venice, way back in 2003.

A bit of background: Osyp looks somewhat interracial at a casual glance, but he identifies as white, of Eastern European extraction. To complicate things further, his nickname was "Joe Black" and he wrote a column for several years titled "The Black Perspective" (which I doubt would fly today).

Anyway, for his feature match at Venice, Osyp was paired up against Dave Williams, who is black. In his PT report Osyp recounted this anecdote about the match.

Before the match started, Dave informs me of something interesting Mark Rosewater says as the Feature matches are going up.

"Wow, two of you in a feature match, that's a first!"-Rosewater

It was so funny watching him squirm I didn't have the heart to tell him I wasn't black.

So, for years "Wow! Two of you!" was basically the byword on the Magic forums for how dumb WotC was on race and/or how white WotC was (and is). 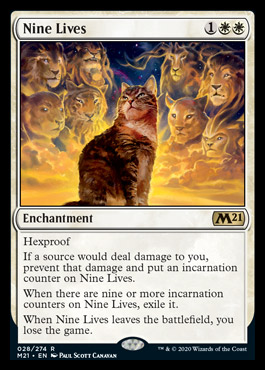 Turns out Terese Neilsen is a big supporter of alt-right/Qanon conspiracy garbage and Noah Bradley's a sexual predator so Wizards is cutting ties with both of them.

That chart is insane on a level PUAs only aspire to be.