So I never played Pokemon before. By way of magic, I've acquired Pokemon Emerald for the Gameboy My Computer.

I've been naming my catches after fighting game characters. Mostly Smash Bros. and King of Fighters, at the moment. I caught a Marill and named it Pikachu.
For the White Witch!
Top 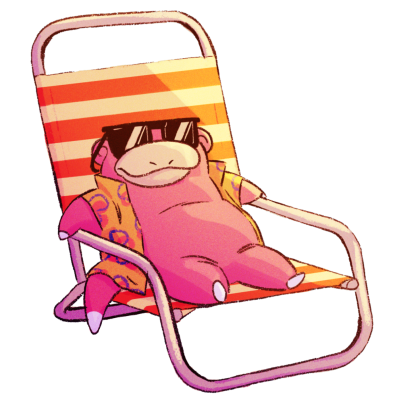 this may be the greatest day ever
Top

The rising popularity of Pikachu-styled merchandise around 20 years ago is the reason that Mimikyu makes itself look like Pikachu. In fact, this Pokémon is dreadfully lonely, and it thought it would be able to make friends with humans if only it looked like Pikachu.

I want it to evolve after its Friendship is maxed out, like a Golbat or Espeon. And when it evolves, it realizes it's loved for who it is and ditches the Pikachu disguise to reveal the adorable shadowy terror underneath.
Top

If anyone missed the thirty five seconds for which Pokemon Uranium existed as a website, I can verify this as a clean copy of the installer and patches:

Wait... Zara, are you saying that's not a spambot link?

It's a nascent ethically blank AI seeding bizarre corners of the web with emergency backups of itself, but you legit get a videogame as part of the deal. Does that count?
Top

No no, the concern was that YOU were a spambot, despite your avatar and coherent first post.

Yeah, "First post from a new poster with no introduction, which also includes a link, especially to something supposedly desirable" pretty much hits every spambot red flag short of broken engrish.

What kind of crazy mixed up world is this.

And how in the hell did you find us? Are you someone we already know?

EDIT: Uh, I don't mean those to sound quite like an interrogation.

It probably doesn't take much. I remember the guy who made the Metal Wolf Chaos translation patch found my lp thread for it months after the fact to thank me for showing it off in my videos.
Top

Uh, maybe vaguely kinda? I think I recognise some of these names from openverse chatrooms a million years ago. Found the forum through links to your Undertale analysis and X-Piratez LP, noticed no-one seemed to be seeding Uranium.
Top

So far my Uranium strategy has been:

Get your feels. Holy shit.
Top

There's so many different pokémon in each patch of grass. In an area near your house is a patch with roughly twelve different pokémon with several very rare ones in it. And percentage changes during day and night, further complicating matters.

I've had to make multiple teams. I know have my A-team and then a rotating B-team because I kept accidentally overleveling my team just catching and fighting pokémon to find all the ones in a route. It's a good problem to have, I suppose.

The coolest thing is by the first island you could have a themed bug team, a ghost team, a dark team, or an electric team. So on my next play through, I plan on playing as a "gym leader" and having a themed team.

As someone who is currently playing Bravely Second, have any of the improvements to S&M done anything to expedite battles at all?

I've heard that you can actually read the information about abilities on the battle screen now, and that when confronting a species you've never been in a battle with (or some other determining factor) you'll get dynamic tips on which moves are how effective against them. Is there anything that lets you autobattle, scare off weak enemies, turn off random encounters, or otherwise not go completely mentally numb whenever you reach the inevitable Zubat's Roost?