Like any nerd of a certain age, I've been following the development of the decades-late expansions to the Star Control universe(s) with cautious feverish excitement, until today when Video Games Hot Dog dropped the news that Fred and Paul (Legal and ethical owners of that universe) have some legal problems with Stardock (Legal owners of the words 'Star' and 'Control' in that order) that don't sound likely to be amicably resolved.

Stardock now seems to think that not only can they use our aliens, ships and narrative without our permission, but thinks that we cannot make a sequel to The Ur-Quan Masters without their permission -- this is where we got really, really angry.

I took particular note of the way the Kingdom of Loathing/Frog Fractions team spat the name of Brad Wardell, Stardock CEO, and a quick search here brought up comment about the 'tone at the top' at Stardock. I'm aware that Mr. Wardell is not a fan of Kotaku, but that's not an unusual position and doesn't necessarily mean somebody's gone full Notch. Are there unpleasant things that are known in the industry, and should I be pre-emptively removing my contribution to Star Control: Origins?

It's all very upsetting, a week ago I was really hopeful that everyone would avoid working at cross purposes in good faith, and that each project could act as free marketing for the other.

As a cleanser, here's a cool podcast interview with Fred and Paul from October.
http://game-wisdom.com/podcast/creation-star-control-2
Top

I haven't been following it quite as closely as you, but SCII is pretty much my favourite vidja game of my youth. The fact that not only have there been no successors (let's forget about SCIII please), but not even any SPIRITUAL successors has always been rather depressing, and I had really hoped that Fred and Paul would someday be able to make a sequel.

Sorry. None of this feels good. :/

I've been worrying at the twitter, forum and Steam discussions around this like a loose tooth over the week end, and it seems to have completely split the fanbase into warring sides already. Brad's official statements certainly sound like he wants to be friends, I'd like to believe that's more than just careful PR. http://www.littletinyfrogs.com/article/ ... l-and-Fred

Mongrel wrote:not even any SPIRITUAL successors

Also, as Richard Cobbett once pointed out, this evokes a similar atmosphere in a different genre: I'd like to think someone besides Fred and Paul could make a game with the same heart to it, but until I see actual evidence of that, I'm not really prepared to give Brad much benefit of the doubt.

Fred and Paul seemed to be willing to live and let live. Brad seems to want extract profit, or at least to "rule the roost" as it were. I don't trust a guy like that to make any sort of game with genuine heart and fun in it. Leopards don't change their spots that much.

That said, like Fred and Paul, I'd be more than happy to see both games get made.

Actually, there is a close spiritual successor in the Indie market, Halcyon 6 has the heart of Star Control in a simple 4x engine with early Final Fantasy style rock-paper-scissors combat. The plot is basically Deep Space 9 except the rest of humanity just got chomped by generic Lovecraftian extra-universal threat #27, and the tone matches the art style. 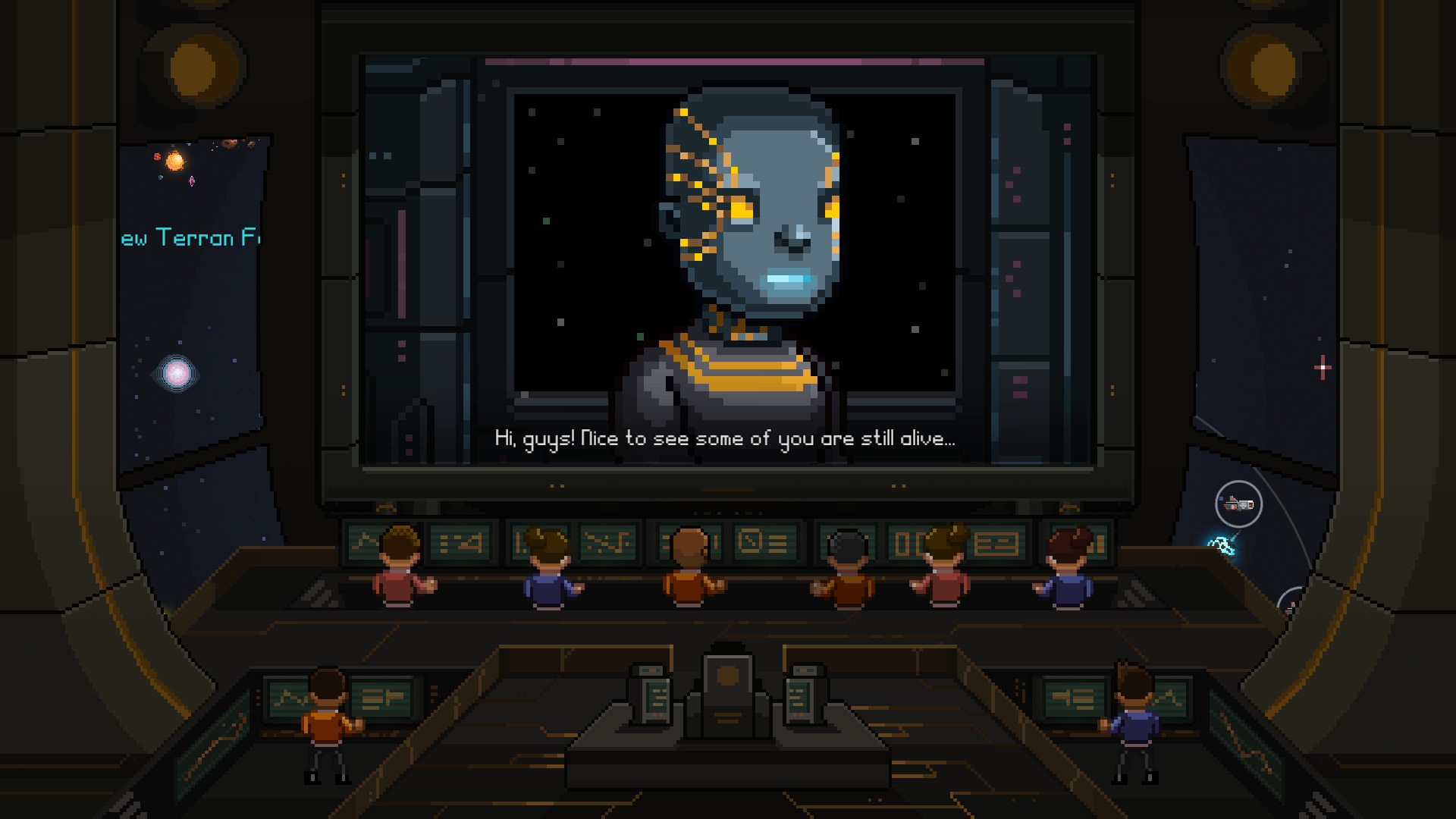 mharr wrote:I took particular note of the way the Kingdom of Loathing/Frog Fractions team spat the name of Brad Wardell, Stardock CEO, and a quick search here brought up comment about the 'tone at the top' at Stardock. I'm aware that Mr. Wardell is not a fan of Kotaku, but that's not an unusual position and doesn't necessarily mean somebody's gone full Notch. Are there unpleasant things that are known in the industry, and should I be pre-emptively removing my contribution to Star Control: Origins?

Here's Brad boycotting UPS because they boycotted Fox News, and here's discussion of his Trump-esque book about building a border wall to keep brown people out of your contry.
Top

Ah. So, Gamergate fellow-traveller with professionally managed public persona then. Yeah, can't see his company culture getting this one right. Oh bollocks.

Update: Eurogamer and RPS have picked this up now, placing it firmly on the SC:O Steam store page for a while. Some of the commenters there have other insights, such as Mr. Wardell being sued for sexual harassment by an ex-employee until his company counter-sued them, strong-arming them into dropping their case. He has since claimed these events as a legal victory and exoneration of his name. Hmm.
Top

Update II: The Repentance of Patronage

TFB have begun a PR campaign of total information transparency, and Stardock are deleting threads and banning accounts anywhere they have that power. All signs now point to Wardell operating in bad faith from the beginning, while posing as a well meaning fan for as long as possible to extract pre-orders from the faithful. I am now fully convinced that team Fuck This Guy In Particular have the right of it.

Brad Wardell aka "You're allergic to bees? Well I guess it's time to UNLEASH THE BEES!"
Top

Given that his legal strategy appears to be 'screech and throw frivolous counterclaims until it goes away', I'm thinking the sexual harrassment exoneration he's so proud of was achieved using a similar strategy. It'll be interesting to see how that works against opponents with Skylanders money.
Top

I really doubt anyone from Toys For Bob got anything more than a Christmas bonus for Skylanders.
Top

It's not over yet, but I thought it might entertain a few of you to know the court is not being patient with Mr Wardell, and this time he's likely to face counterclaims for his trouble.

In view of the foregoing, the harm Plaintiff complains of is indeed of its own making. Plaintiff had knowledge of Defendants’ copyright claims from the outset. Despite that knowledge, it developed potentially infringing material without resolution of the IP ownership issues, and then publicized the release of that material during the pendency of this action. It now claims that its investment in Origins and reputation are on the line. Given that Plaintiff largely created the foregoing predicament, the Court is disinclined to extricate Plaintiff from a peril of its own making.

The settlement's details are public, and Ford & Reiche have a blog post on their site explaining things. In summary, though, the terms are simple and straightforward:

This is a very pleasant surprise. I think disputes among former partners can easily get carried away (and, not for nothin', a certain class of lawyer will advocate aggressive litigation when the better solution would be to sit down and hash things out as friends and colleagues); it's always nice to see sanity prevail.

(I don't know if I ever wrote anything about the resolution of the Zappa litigation, but it seemed much the same, if a bit more strained than "give me some honey and I'll brew mead with it"; that also seemed like a case where everybody took a step back and realized that getting lawyers involved was probably not the right move.)
Top
Post Reply
14 posts • Page 1 of 1