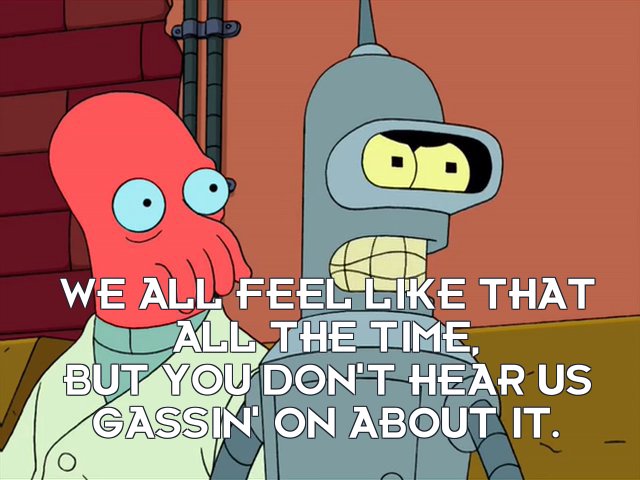 Spram, it kinda seems like every time you show up, you feel like you need to express yourself in some kind of self-pitying way in order to get attention.

A lot of us feel like you do, more or less, and have said as much. Messageboards aren't what they used to be; everybody's moved to Facebook and Twitter and there's not as much activity in places like this as there used to be. I'm with you; I think that's a shame.

As far as the Internet invading reality, yeah, I think I know what you mean by that, and it's pretty miserable too.

We're none of us getting any younger and I think a lot of us understand what you mean about not having hope for the future anymore. I think we're all in the same boat as far as that goes, and I think that's what Brent meant in his reply, though of course he can speak for himself.

You wanna talk about games? There's not as much traffic on the Games board as there used to be, but people still like to talk about games. Friday's been going through a list of her 100 favorites and there's an awful lot there to discuss.

You wanna talk about the dystopian turn the world's taken? We've got a politics board for that.

There aren't as many of us as there used to be. I miss some of the old crew, though there are some people I don't miss, too. I think we've still got a pretty good group here.

It is what it is. Through a combination of common interests and sheer fucking stubbornness, we're still here, and those of us who are left are doing much the same thing we've been doing for the last 18 and a half years. (It's not "20+"; the first incarnation of the Pyoko boards went up in early 2002. But you were close.) So you wanna talk about video games and weird shit on the Internet? Ain't nobody stopping you, dude; go nuts.

I mean, one of the IRC room's senior members is a foul-mouthed chatbot that has become alarmingly lucid over the years. You'll probably be okay.

I always stay away from #FF, partially because I can't be arsed to keep yet another chat program loaded all the time, but partially I figure there's some folks who appreciate having a Mongrel-free safe space. :V

Mongrel wrote:but partially I figure there's some folks who appreciate having a Mongrel-free safe space. :V

Friday says that but she's a tsundere. She brings you up every chance she gets.

Look man, there's no way you're gonna get me to take a job at Subway.

Yoji wrote:I mean, one of the IRC room's senior members is a foul-mouthed chatbot that has become alarmingly lucid over the years. You'll probably be okay.

My "don't post any pictures of naked shit-covered babies" example was not a hypothetical.
Top

Yoji wrote:I mean, one of the IRC room's senior members is a foul-mouthed chatbot that has become alarmingly lucid over the years. You'll probably be okay.

My "don't post any pictures of naked shit-covered babies" example was not a hypothetical.

I suspected that was just a little too oddly specific...

2020 is shitty enough to be getting to all of us, but I'm not gonna try and guess what might be hitting particularly hard. What's up?

Checking in from the pacific northwest council of emo vampire douchebags or whatever and turns out shit's on fire yo.

Mongrel wrote:What are the odds that we might be able to get a windowed spoiler tag?

I know I'm the main offender for HUEGPORSTS, but I've seen other forums where instead of highlight spoilering like we have, you have to click on a tag which expands the posts. It'd be useful for any long post, especially ones with lots of images, etc. Like we get in some of the Let's Plays.

I wouldn't remove the current highlight spoiler though. That would screw up old posts, but it's still useful when you just need to spoiler a word or two, obviously.

Don't know of a better way to make this look good, so, anyone with html experience, let me know if you have suggestions.

Doesn't work with multiple summary tags on the same page, because it relies on the hidden portion having the id "demo". It would work if there was a way to assign each one a unique name -- maybe increment it each time, or if that's not possible, maybe just assign a random string as the ID (or some common string followed by a random string)?
Top

As is well apparent, I have a very base-level understanding of how to code anything functional.

Here's what I used for the tag code:

<div id="demo" class="collapse">
{TEXT}
</div>
If you guys can change that and post what I should replace it with, I can do that.
tumblr | twitter | wingnut circus | youtube

There's not any way to do what I'm suggesting with plain HTML; you'd need to use JavaScript or PHP in some capacity.

I'm not familiar with how plugins like this work in phpBB; if it's literally {TEXT} then there's probably some equivalent you can put in there where it's <div id="collapse-{VARIABLENAME}" class="collapse">{TEXT}</div> and VARIABLENAME is defined as some randomly-generated string of characters somewhere.
Top 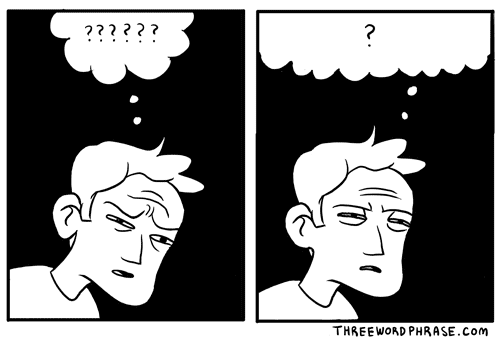 Right there with ya man.

This would get us to multiple posts being able to use it in a thread. Cogitating on multiple-within-a-post options.

Change the template to

Should replace {POST_ID} on the server-side, then the JS will run on the page and make it so that every little spoiler has a unique ID. Probably don't need {POST_ID} in that case, but it's tidier if someone isn't using JS. (although nothing will be able to show)
Top
Post Reply
1221 posts