why do you hate sweet home alabama

It's a song about how it's okay for Southerners to be racists because that's just what good ol' boys do *jazzy piano riff*. There's a reason I didn't want it in my own house.

I appreciate the total Plinkett "THIS SHITTY KNIFE... ohhhh" moment.

Sweet Home Alabama is a #NotAllSoutherners tweet from the 70s.

Courtesy of Lyrai, the "Subjugate your Enemies" care package. Learn strategy from Musashi himself, serve them with a moonwalk, hone your homicidal tendencies with Johnny, employ the Death Note (I assume the tablet is also a modern-day Death note), and maybe bite an ear or two. Oh, also, she's a vampire.

Mothra wrote:Is My Monster Secret as adorable as it looks

Absofuckinlutely. Anime didn't hold up but it's fucking adorable as all hell and I recommend it hard.
Top

kuriboh wrote:Holy shit, they made an ICO book? I fucking love this.
A miku thing. Of course there's a miku thing. "Did you put that on your list?" Yes.
[Upon seeing the Genesect code] OH MY GOD WHY*
[Volcanon Code] I'll give you one if you're good
The amiibo is adorable. Never played Animal Crossing though. "Did you try it?" The gamecube version. Just...didn't click.
Oh shit yes Kirby.
Oh. Theatrhythm! I wanted to borrow that from you. "Then I traded it in. NOW YOU CAN PLAY IT."
Some comics from...free comic book day? "The halloween version, it says so on the cover." Neat.
Did he make this perler himself? "I dunno, I can ask." It's great either way.
[Tries to give the snape card to mother, who likes Harry POtter. Mother just looks confused."

*We went to Gamestop to ask if they had any Genesect codes left. They gave each of us a brick of 50 of them.
Top

Mothra, my all-time forever Santa. He really gets me.

Super Mario Adventures is a gorgeous reprinting of those goofy Nintendo Power comics I read as a little squid. Probably the best incarnation of Princess Peach to date.

Not sure how you sussed out my hidden love for contemporary female pop sensations, but I think "Emotion" will slide nicely on the shelf next to "1989" or something.

I had no clue PIN•BOT was a NES game, but here we are. Definitely one of my favorite tables (with "The Machine: Bride of PIN•BOT" probably being my favorite), so I can't wait to see how this version will make me feel pain.

Totally not familiar with Devilish, but apparently it's like Breakout? I can hang with that. Fun fact: it has a DS sequel that turned the anime up to 11. Looks like Dragon Dance is a GBC Breakout variant - A PATTERN EMERGES

Great haul; thanks again, Mothra! Also, this thing hit my mailbox like a shotgun so if anything is missing let me know.
Top

OKAY. While setting this up I had a visitor who wondered what I was doing in the hallway. She was not sent by Romo, she was already here.

First thing I saw was that Deathwing "Dethling" statue. It's adorably mean in all the right ways. It looks pretty good! It'll go on the shelf with my anime figures. Okay it's just a few figures that people got me as gifts.

Next to that is the Offical BLizzard 2008 Christmas Ornament. It's a white globe. Not even a murloc on it. Guess Blizzard was down in the dumps that year.

A CD in a series of Japanese lessons. I'm sure the first 12 were just learning s hit everyone already knows anyway. Now I can truely be a Genji main.

The pack-in soundtrack for Atelier Iris 2. Even Romo doesn't remember how he got it, but he figured it'd be right at home with me. He's right.

Not one, but TWO Blizzard authenticators! Now my account is the MOST PROTECTED. But it now takes me 20 minutes to log in. A SMALL PRICE...FOR PEACE OF MIND.

A GBA Copy of Sword of Mana fufilling the requisite tribute to the Mana Goddess each parcel to me is required to have, and a Box copy of GBA FF6. I think this makes the third copy of this game I have, but I don't mind. It's a good game, and I can always find someone who has yet to play it and give them the cart.

Light up gloves! They do Red, Blue, and Green in multi flashing patterns. It's pretty great.

What took me a bit to work out, but a google cardboard-esque VR headset thing! I'll need to see if it works with my phone. My mother got a GearVR for xmas, so now the whole family is spoilt on VR.

ZELDA ACTION FIGURES. This fits in right with the Zelda Breath of the WIld Reveal!

A copy of pokemon snap, currently being used as a platform by Lucca. Nice timing, given it made a minor splash with a VC release recently.

That seems to be everything - wait. No. What's th at?

Does the CD have '1985' by Paul McCartney on it? 'Cause I'm gonna call that a hell of an oversight by the publisher if not.

The CD is actually specifically the chart topping pop hits of the year 1985. It is a little slice of history!

It's literally just all pop garbage as a result because only hindsight lets us filter the classics, so it's cool.
Top

Büge's package arrived! And hot diggidy god-danger did they pack this bad boy with a fat yule's haul of uncut holly.

Delivery guy apparently dumped it into a pile of snow by my apartment's door, where it sat being rained on till I arrived. I got it open and everything looks pretty undamaged, so that's good.

Boston is an ice and rain-strewn hellscape currently.

OooOoh! A note just for me! I completely wolfed one of these Coffee Crisp things down the day I got the package, since I had just sat in traffic for an hour and a half, then shovelled chunks of ice for another hour, and was dying of hunger.

Some weird-ass, awesome-looking novels I'm looking forward to digging into. Love this kind of stuff.

A s h i t l o a d of comics, among them that 90's X-Men series I've been really wanting to read, and that Gwenpool comic I legitimately thought was an internet meme until just this moment.

The entire fucking run of Infinity War, where I think I remember hearing that like ten universes get murdered and god dies. I'm looking forward to checking this out.

More on those bad boys in a separate post.

Also: Three card games: Monopoly DEAL, which ?????? (I'll probably end up playing this with my nephew), OSTRAKON (!), and a humble AT-PT walker Lego set. Somehow Legos are the one constant in life, in that they've never even remotely lost their appeal over the years.

Loved the shit out of the last Conan volume I got for Dirty Stanta. Read that thing cover-to-cover. Definitely psyched for more.

Return of the Jedi comic looks A+ as well.

Basically exactly what I was hoping for what I saw that cover.

Every imaginable fetish is covered across this series, with preggogirls DOUBLING as multi-limbed muscle dames for maximum coverage.

The art is incredibly adorable. 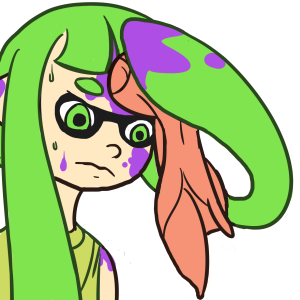 Spinnerette: I am both aroused and amused™

So happy you enjoyed it! :)

Got some good good shit here. My deck's finally back together.

Glad you got some good cards! :)