Hondo is definitely a bad guy, he proudly identifies as a pirate, not a smuggler. Though while stretched I think both clone wars and rebels does a good job of developing his character.

Disney is selling Star Wars-themed face masks with 4 different designs; somehow none of them are Darth Vader.

I want a breathing mask patterned after that famous Star Wars character who breathes through a mask. You know, Baby Yoda.
Top

Finally got around to watching Rogue One. I really liked the first act, right up until Forest Whitaker decides to die for no discernible reason. Rest of the movie was still intermittently pretty good, bogged down by the usual Star Wars problems of excessive nostalgia. I mean yeah this is a movie that takes place directly before the original movie but it would have been vastly improved by not including horrifying uncanny valley Peter Cushing and Carrie Fisher. And Darth Vader's scene at the end is pretty good but his earlier scene with Castle Vader really didn't need to be in there.

(Also I was watching Clone Wars and my wife caught a little bit of it and asked me how old Boba Fett was supposed to be and I looked it up on Wookieepedia and I know this is not new information to anybody but Jesus Christ you guys the Star Wars timeline does not make any sense. Oh, the end of season 2 takes place just a year after Attack of the Clones? Of course it does. I'm not going to ask how Anakin Skywalker got to be a general in that amount of time while simultaneously training an apprentice. I'm sure there's an explanation somewhere in the canon, and I'm sure that, like everything in Star Wars, it will make less sense after I hear the explanation.)
Top 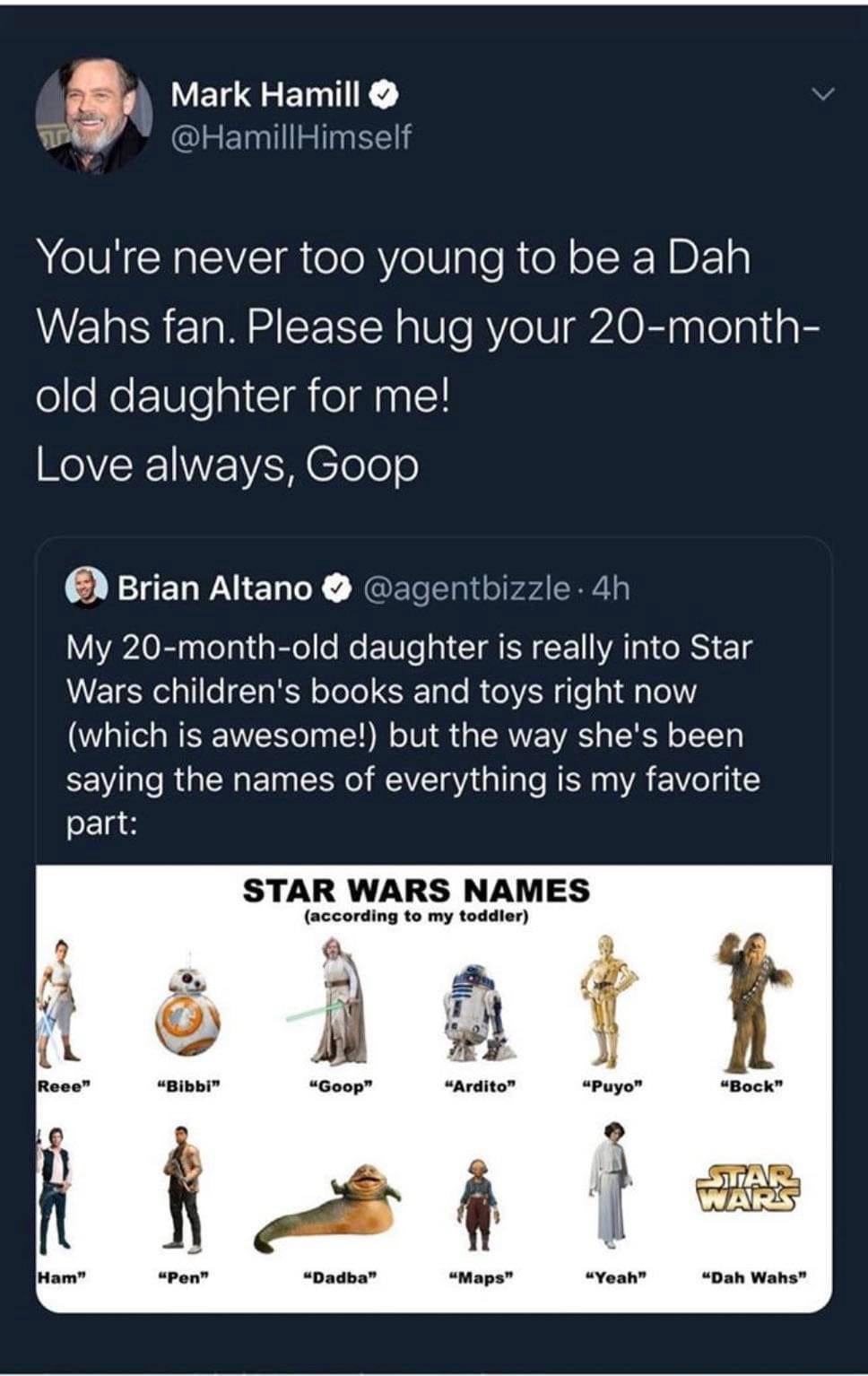 You know what, as boring and baffling as the prequels' politics are, we need more children's cartoons where every time someone uses the phrase "banking deregulation," it's followed by ominous music and the good guys looking stricken.
Top

I think when people talk about episodes airing out of order, they're probably talking about season 3, because that's the place where it's most noticeable and jarring; that's the season where you get parts 1 and 3 of a story whose part 2 was back in season 1, and a character popping up despite having died in a previous episode.

About halfway through season 4 and can't say as I'm loving it. Three episodes of the interminable Mon Calamari battle, three episodes starring C-3PO, and then the Krell arc which is dramatically satisfying but narratively a fucking mess. It should have been two episodes shorter; the clones should have relieved Krell of command the second he pulled a lightsabre on one of them. I get that the clones are bred to be compliant and follow orders -- as the script reminds us every three minutes or so -- buuuuut that's not actually remotely evident in their behavior, as 80% of the named clones are like "fuck this guy, I'm not following that order" and Rex is like "no you guys we're soldiers." It comes across less as "clones are fighting their programming" than "Rex is a fucking putz who spends three straight episodes making excuses for an obviously unfit superior officer and orders hundreds of his men to their needless deaths even as they're telling him there's something wrong here, on the justification that he's Just Following Orders." I mean, I get what they were trying to do here, giving Rex a crisis of faith that presages his ultimate rebellion and joining the, er, Rebellion, but IMO they whiffed the story pretty hard, largely hamstrung by Star Wars' inability to have a villain who isn't obviously, cacklingly, pure evil. I think it could have worked with a little more subtlety in Krell's characterization -- really anything short of, say, repeatedly describing his subordinates as if they're animals and threatening to murder them -- but I guess sometimes I ask too much of Star Wars.
Top

The interminable Mon Calamari battle is what made me drop the show.

If only you'd stuck it out, you would have gotten to see three consecutive episodes about C-3PO next.
Top

There he goes again.