Today I got a blurry package! It is from...Kayma! Inside was many mysterious and varied treasures! A trap! It's a mass of Jigglypuffs to send me to sleep! I cleverly avoided the trap and stayed awake to finish chronicling the rest of the package. Mojo Jojo was also there, with Blossom along to fight him! Plus, a mysterious Pokeball! Hm, the Pokeball has a zipper like a coin purse and feels like it has something inside... I fended off the extra special hidden trap to unlock a puzzle! Sweet! Books! A doorstopper combo of all the His Dark Materials books, plus two sidestores, one with a game! Manga and video games! I've never actually played a Ys game before, but I hear these are a pretty good place to start. All that from one package! Amazing. I raise my glass to Kayma, the Dirtiest of Santas!
Top

I have wrested a surprisingly heavy package from the inky depths of the Post Office. It appears to originate from a particularly cuddly man from Australia.

I don't have time to open it right now so you'll just have to quiver in antici for a bit. My prediction is that it will be packed full of giant spiders, because every object in Australia is actually a giant spider. 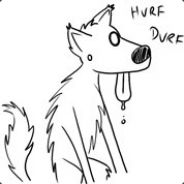 Constantine, I still haven't gotten a box or card or even a PM here on the boards from you. I see that you've posted in other parts of the forum - can you please reply to this in some fashion?
Top

Oh there IS a loot thread on the new boards.

Bumping this so I don't forget to bump this again.

Christmas is in August, right?

Some time ago, I received a mysterious package from a hairy man in Australia, and immediately I knew what it was. Spiders. Nothing but spiders. Because every object in Australia is actually a spider.

Throwing caution to the wind, I AAAAAAGH oh hey these are actually some pretty nice spiders.

Right at the top, front and center, is a spider to make sweet love to. You trying to tell me something, Stush?

A valuable spider for when some blond afro fucker tries to trip you when you're coming down the stairs.

This fucking spider is over a thousand pages long, and has its own soundtrack. No wonder people keep confusing it for some kind of Bible.

If I ever need to keep little girls occupied, I have the perfect spider for it now.

Full of exactly what you would expect.

Game spiders from the 90s of Australia, full of references to something called a "Mega Drive". I don't think I learned anything about Mortal Kombat II from them, but I did learn that Virode Imtarnasan is gagging to go OFF!

And... oh what are these spiders? Are they one-of-a-kind, exclusive examples of...

Pretty cool, unique stuff, Stush, just like I wanted. Thanks a bundle, ma-

Well, it IS winter in Oz right now.