HOW WAS YOUR DAY

My county (maybe the whole state?) uses only two layers; name and signature are on the back side of the mailing envelope, inner folder is unmarked, and not sealed; the ballot fits snugly inside it and there's a hole punched so that the initial envelope openers can see if there is a ballot in it, but not see any markings.
Top

In Arizona there's just one envelope. Put your ballot in the envelope, sign, date, and mail it; when they get it, they check the envelope, if the signature doesn't match or there's some other issue with it, they set it aside and contact you; if there's nothing wrong with it, they take the ballot out, separate it out before they count it, and discard the envelope.
Top

I went to the dentist today because I thought my most recent filling (about a year ago) had broken half off.

Not only did it turn out my filling was fine (it had developed a little rough spot that felt like a stair, which my dentist only needed to polish a bit), but I hadn't gotten any cavities or even suspect spots, which is certainly a new one for me!

Had eggplant and sausage for dinner. Before that we had nuts as an appetizer.

The only thing which could have made dinner even more memetic would have been fish tacos.

There's a sign you see a lot up here where construction involves something under the road (especially transit lines), such that the whole road is dug up and a temporary bridge goes up as a roof over the works.

Saw one where someone had added a line: "Snowplows & Samurai raise your blades over wooden bridge".

Drove ~500 miles to pick up daughter plus beau for our first family reconvening in like a million years. For context her earliest memory is being kidnapped by abusive relatives and told that mum was dead, mental health and mate selection have been... a project for her.

I think she's in a good place these days. 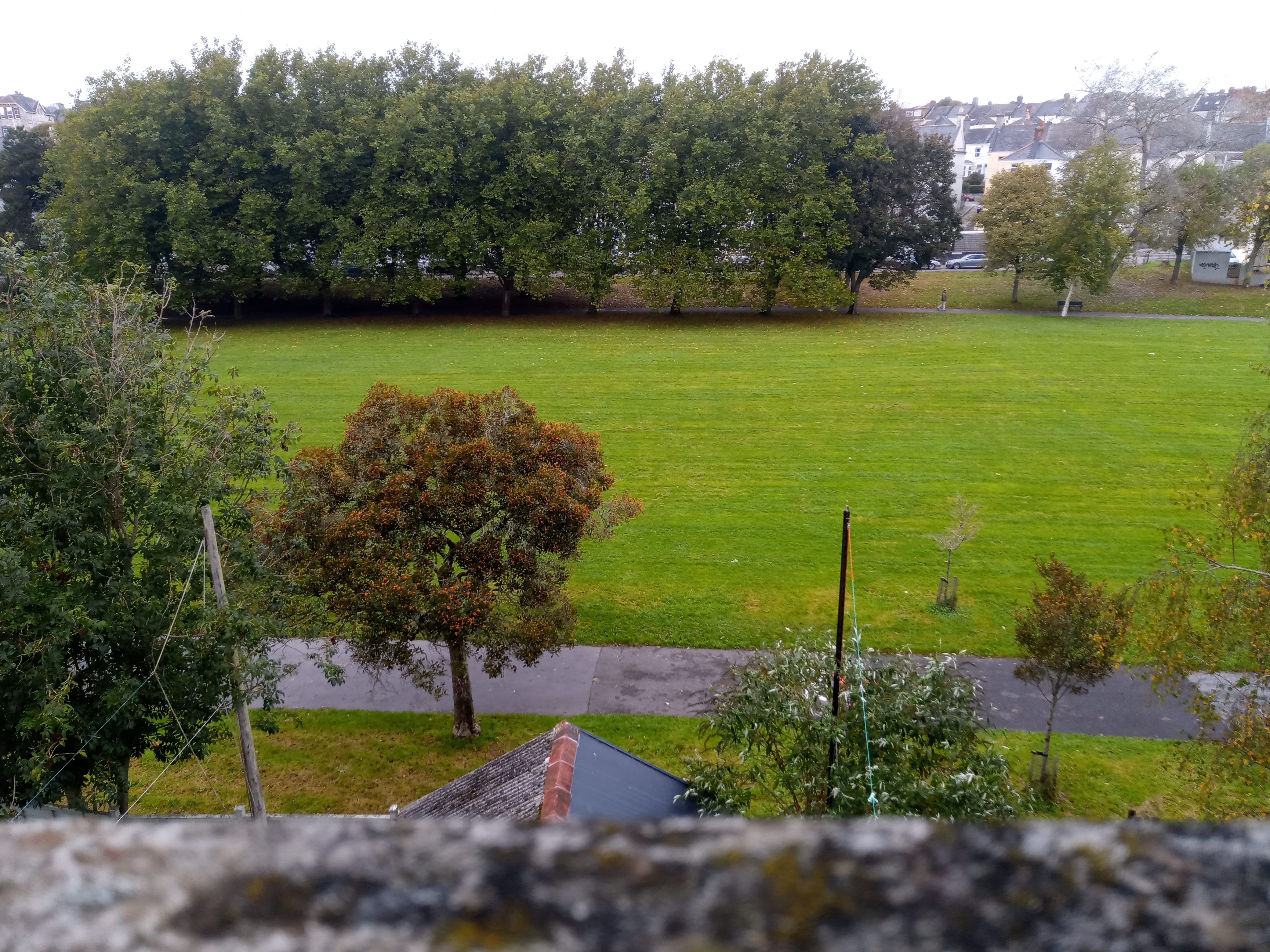 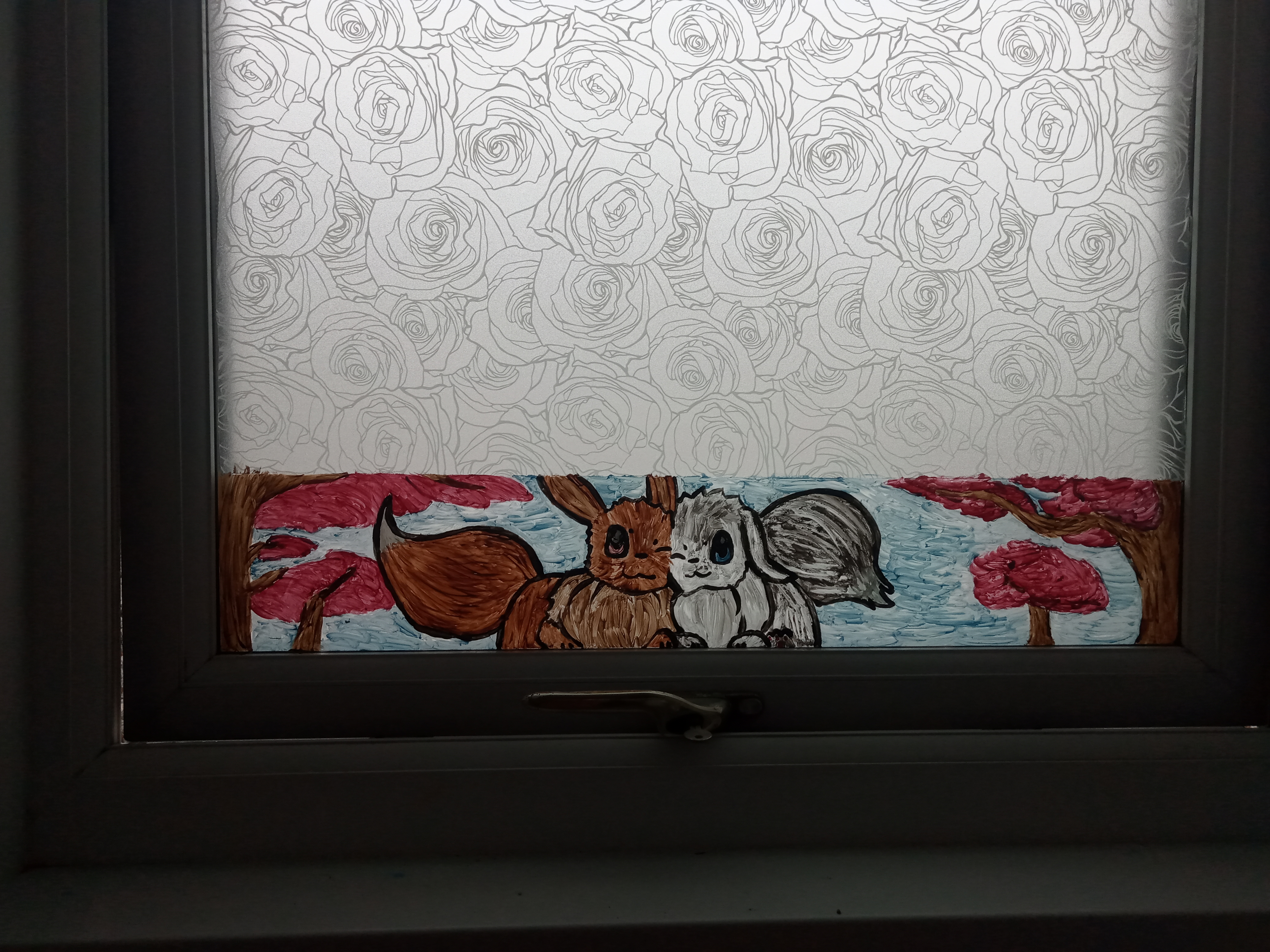 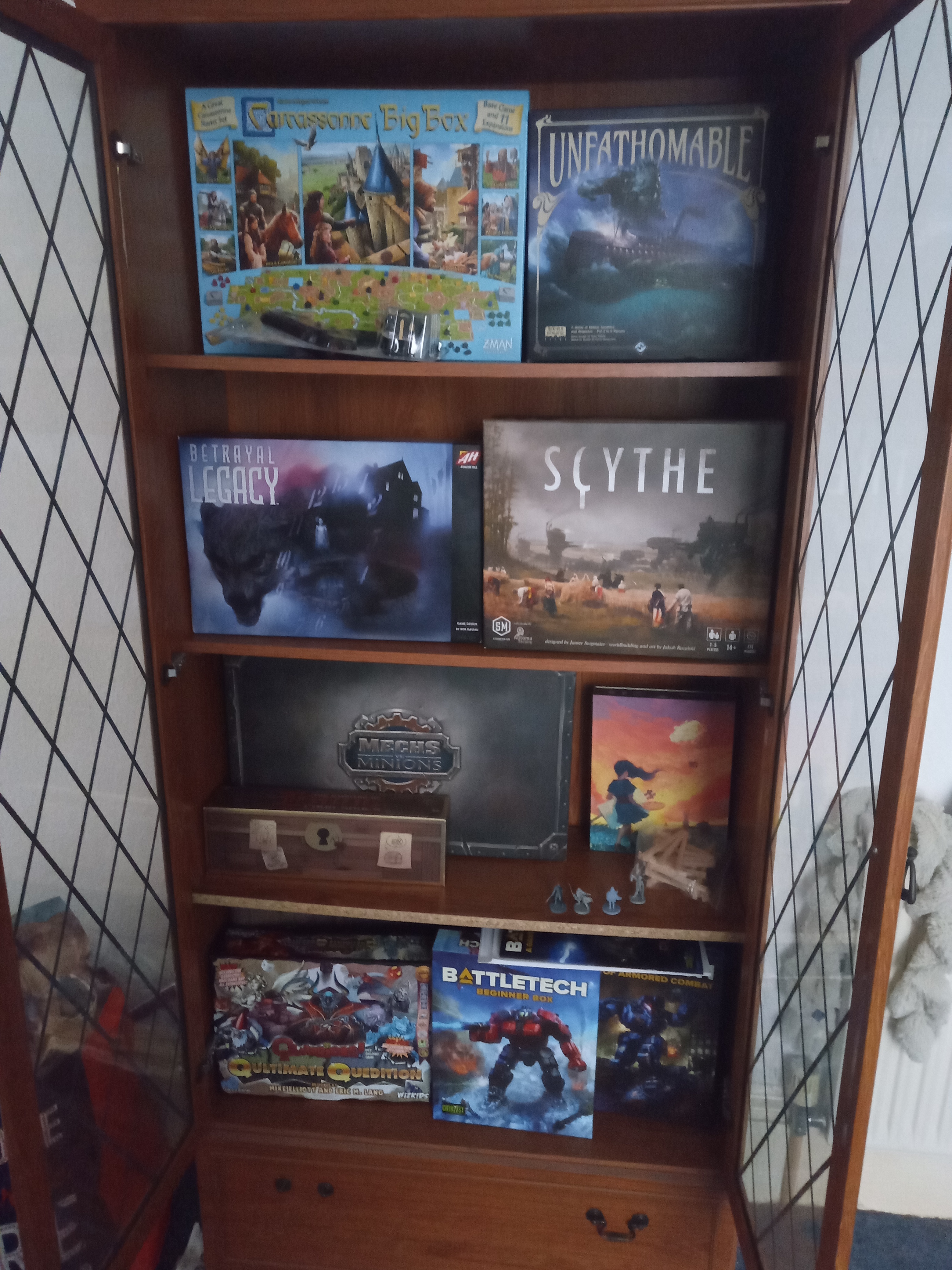 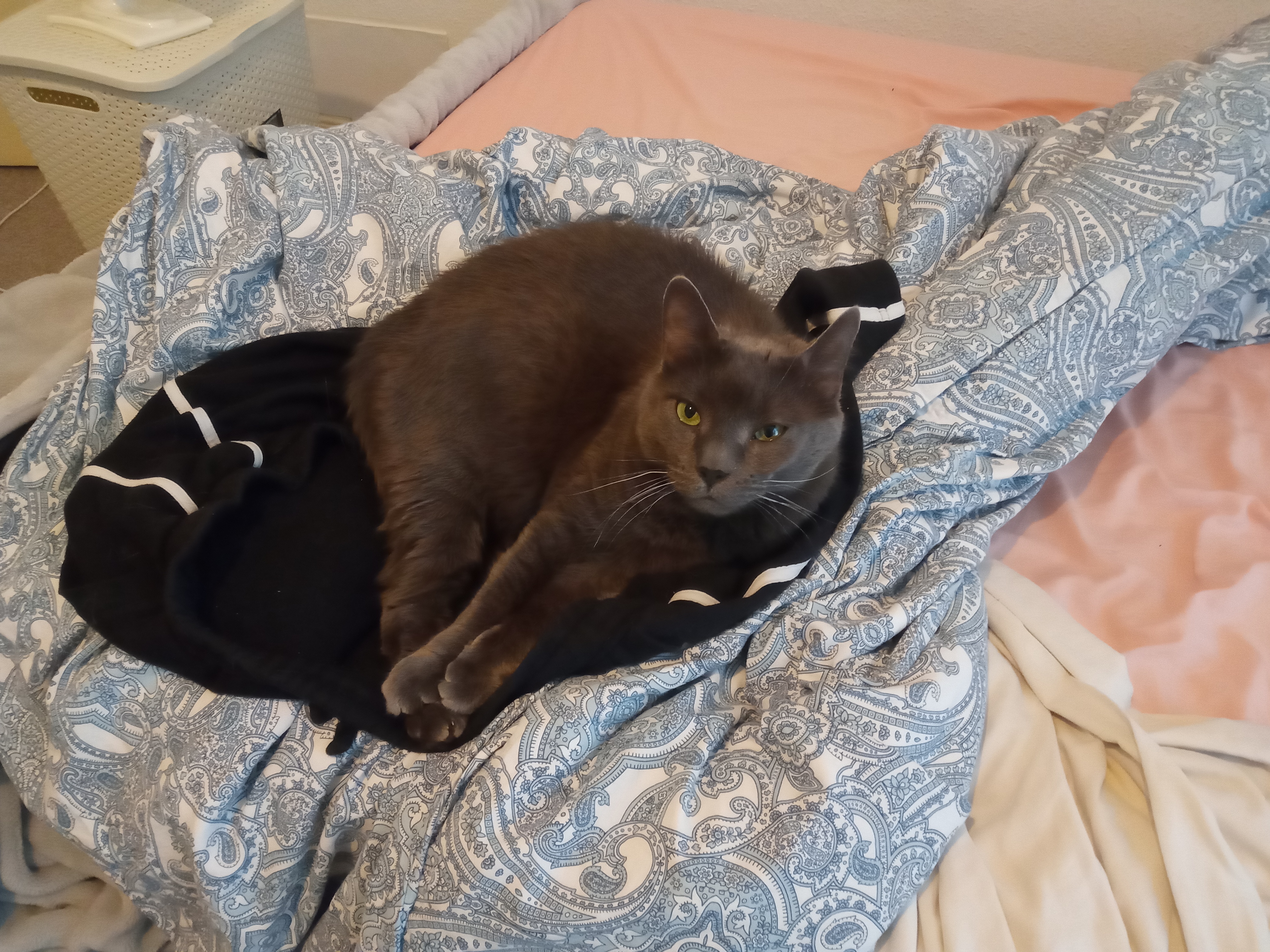 That last boy is the alarm call unit. I've been calling him Posh Greebo.
Top

Also that first pic is beautiful. Love the art on the window too.

Meanwhile, I'm drooling at the Betrayal Legacy box
Oh, I guess that's a beautiful view
and sure, that's a cute Russian Blue cat

But maaaaaaaaaan do I wish I had a chance to play Betrayal Legacy
How fleeting are all human passions compared with the massive continuity of ducks.
Top

Oh yeah, their social gaming setup has me being all Four Yorkshiremen. Twentysomethings in a university port city, she's just started her science career at the college, he's the game shopkeep for the student housing quarter. They have a real-ass regular weekly D&D group, the bastards. Don't know they're bloody born!
Top

I didn't notice this until we set off this morning but the graffiti artists of OG Plymouth seem to have levelled up some since my day. 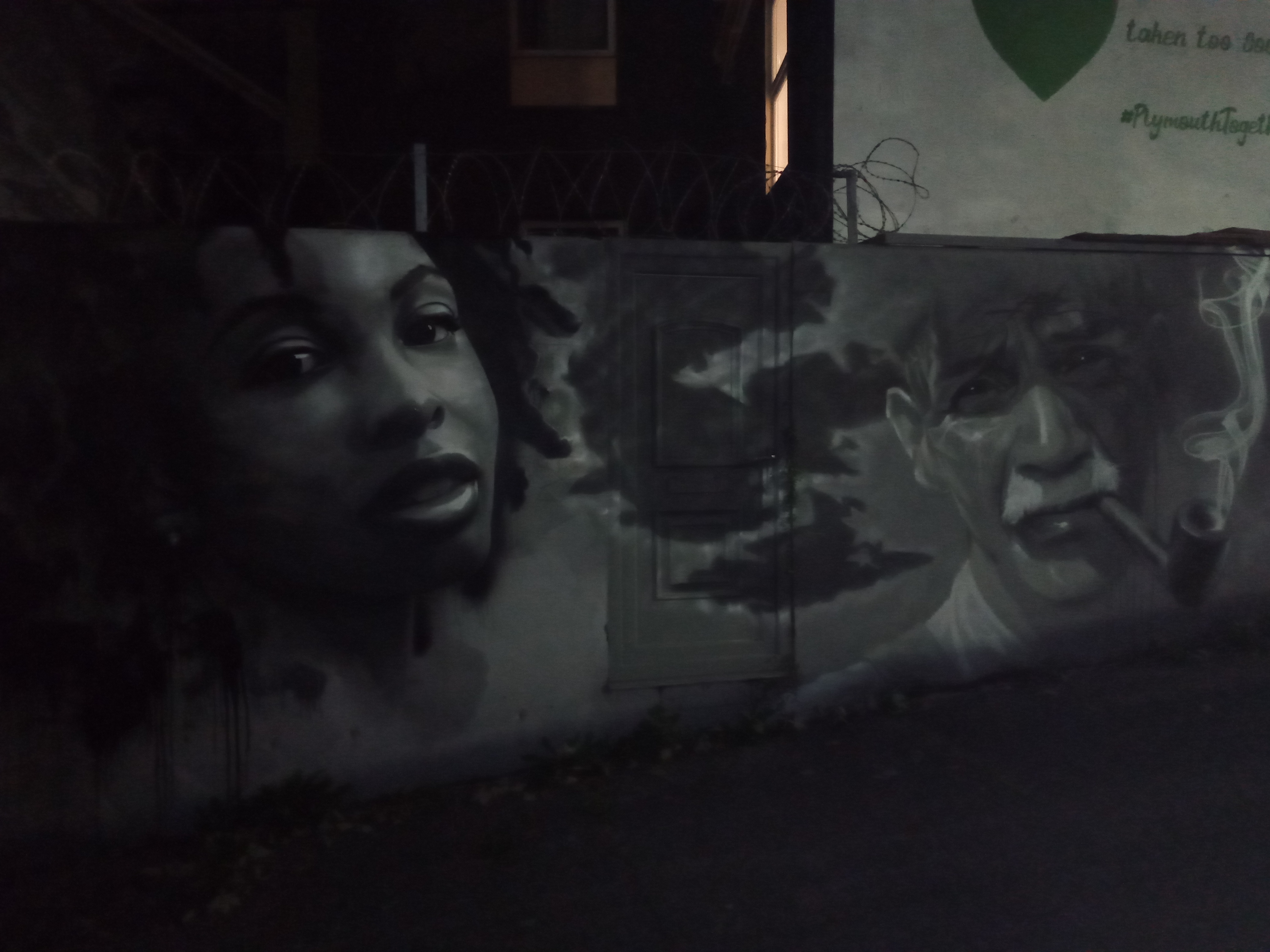 I was just going through my camera roll and found some photos I took while Kylie and I were up visiting my parents a month or so ago. We were on a studio tour and it started to rain, but it only lasted for a half hour and then the sky just cleared right up. 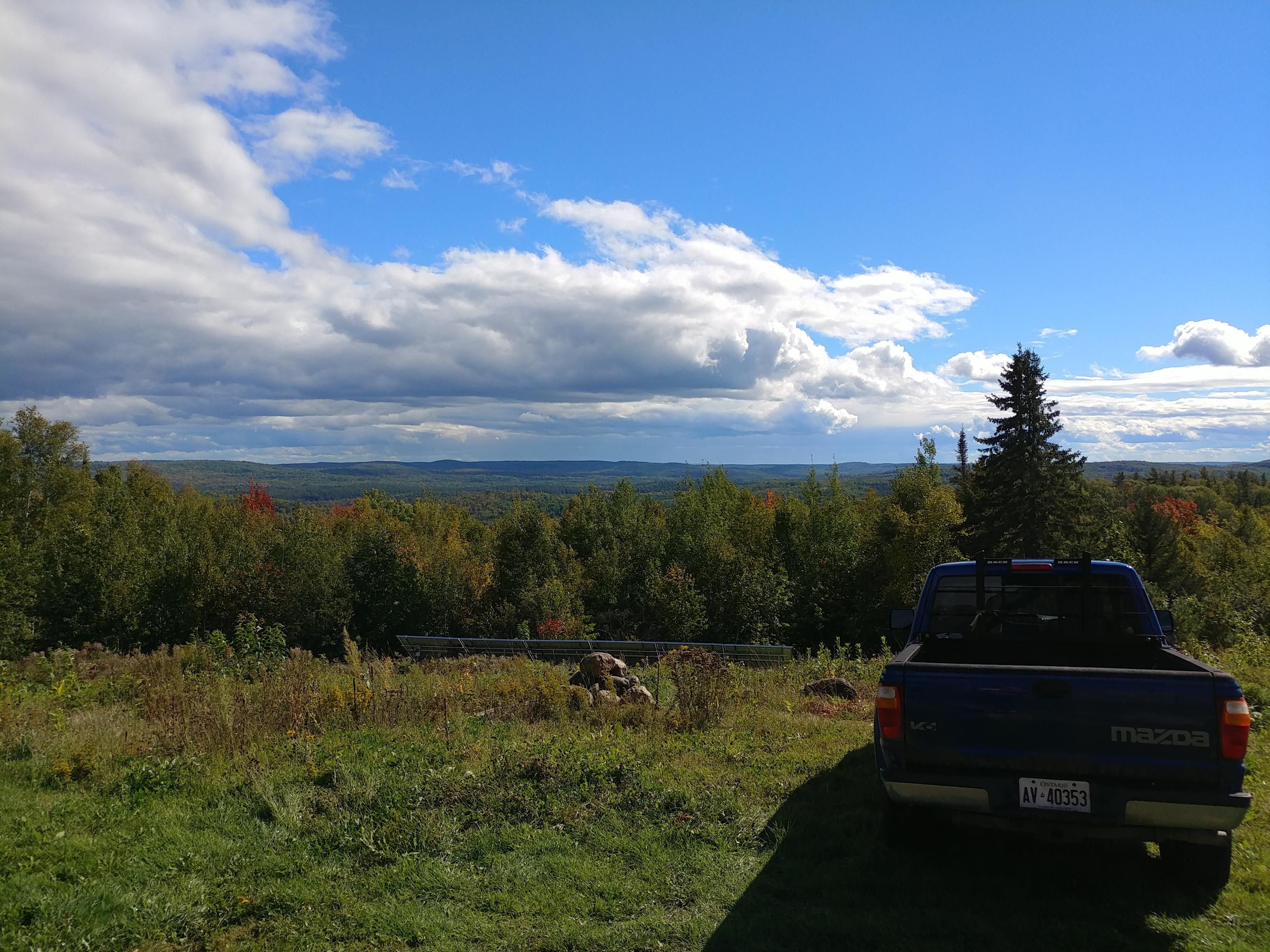 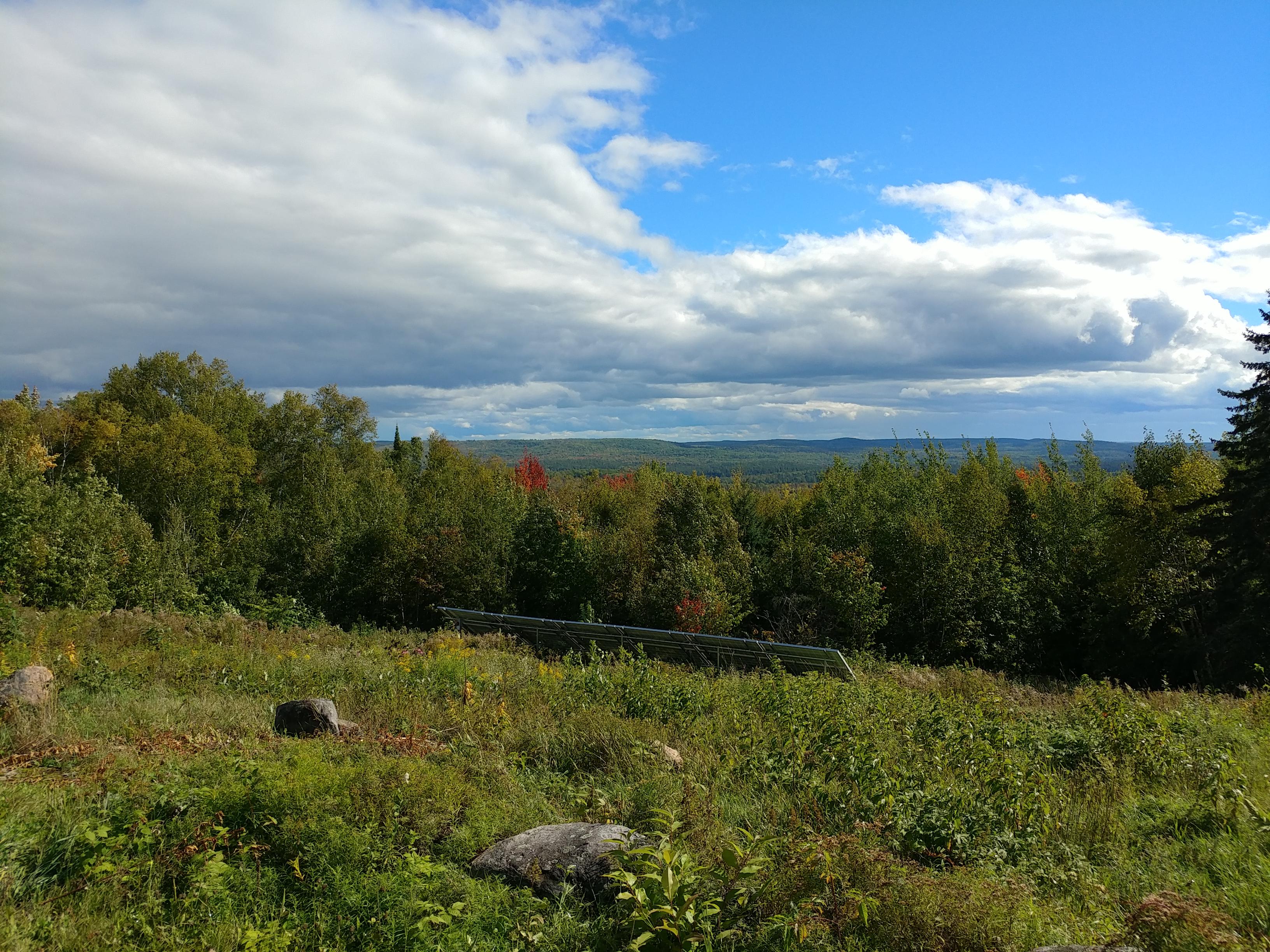 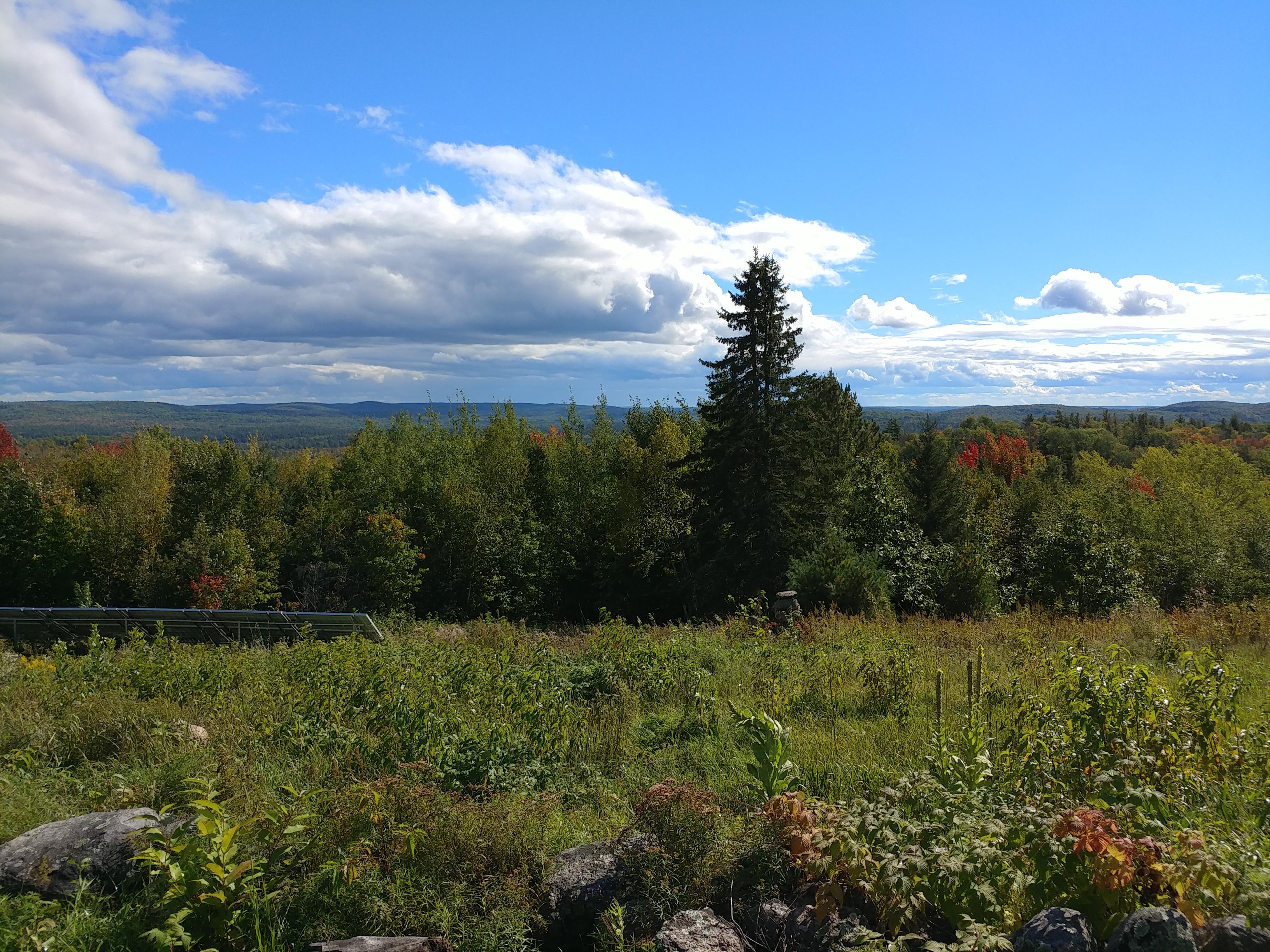 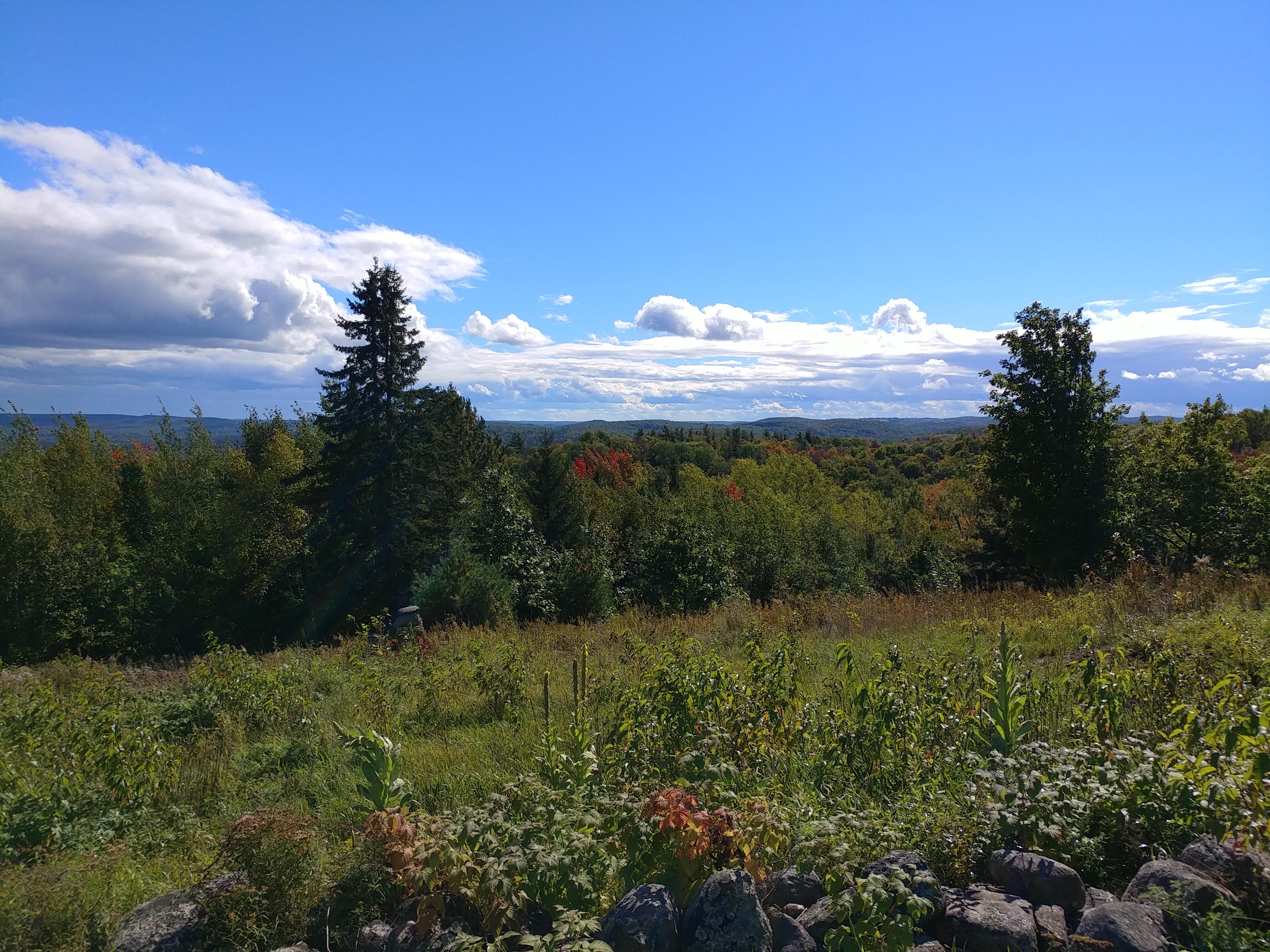 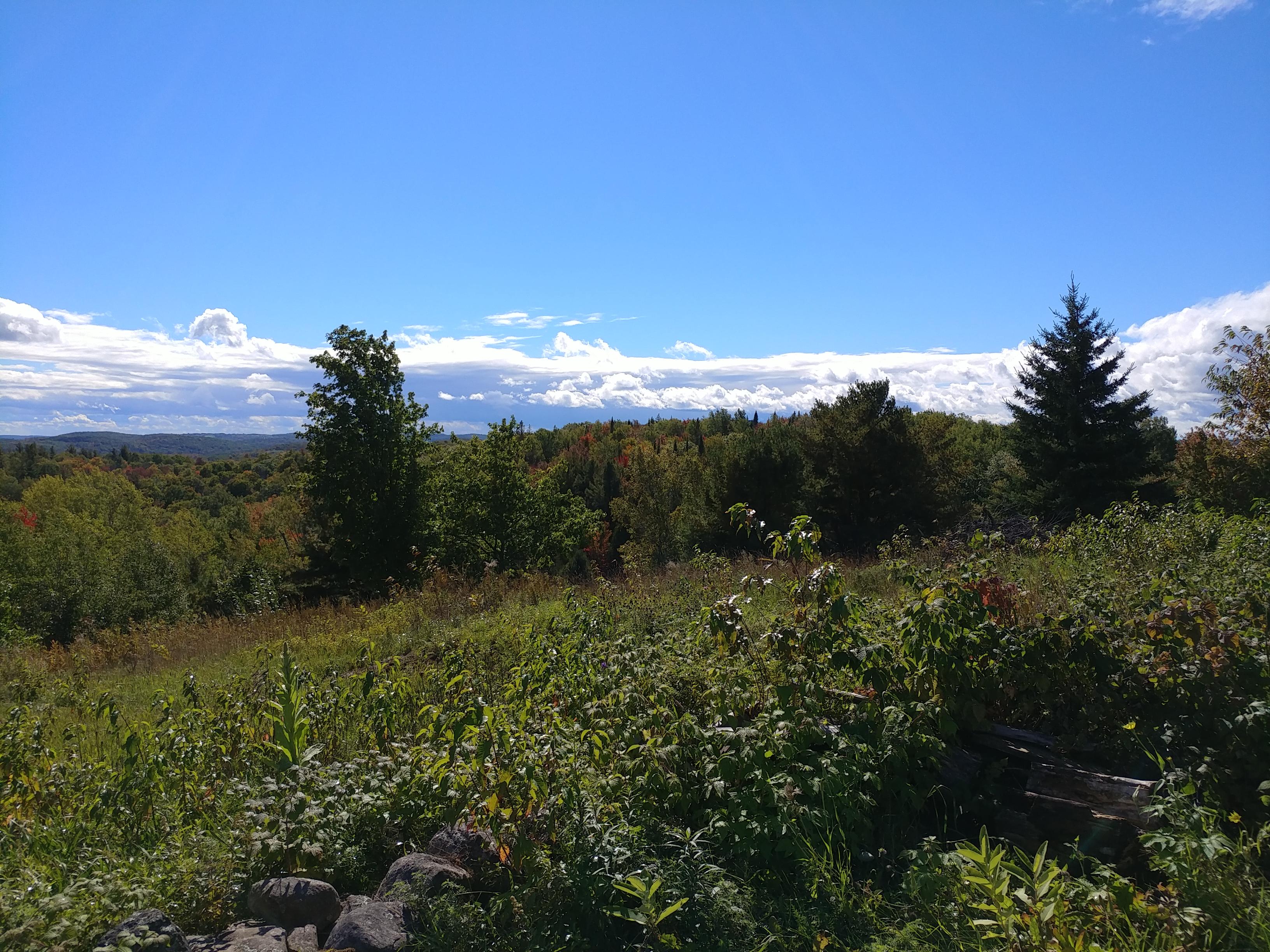 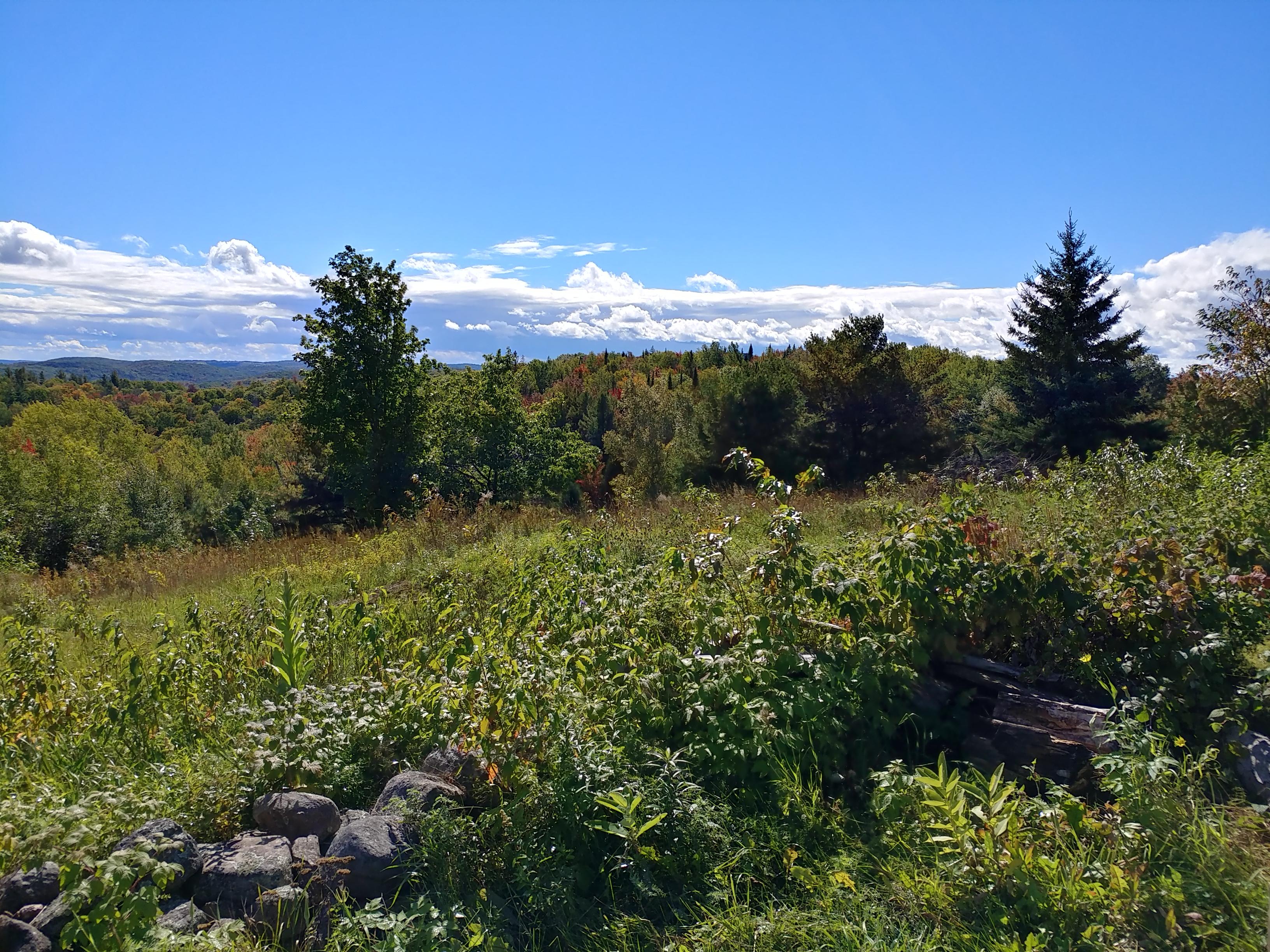 Considering the sun was in my eyes when I took these pics, I'd say they turned out pretty good.

It's always cool when your landlord threatens to evict you for owning an imaginary BBQ you neither own nor possess.

Used to own one when the building permitted it but got rid of it a long time ago, and their request is dated Nov 17th (a date no one said anything about a BBQ on, incidentally), updated for the 8th somehow because it was then somehow confirmed that the imaginary BBQ "still exists"??????????????????

This should be fun!

Mongrel wrote:It's always cool when your landlord threatens to evict you for owning an imaginary BBQ you neither own nor possess.

Used to own one when the building permitted it but got rid of it a long time ago, and their request is dated Nov 17th (a date no one said anything about a BBQ on, incidentally), updated for the 8th somehow because it was then somehow confirmed that the imaginary BBQ "still exists"??????????????????

This should be fun!

I've mentioned in the past that in spite of the fact that the actual property management company is utter dogshit, I really like our Supers, who are extremely decent people (husband & wife team).

I just got a call back - after hours! - where pretty much every second and third word in it was "I apologize", so hopefully that's that sorted out.

If you're on Discord, you've probably heard us mention our connection's gone bad over the past several months. It's a congestion issue, as it only happens between 5pm and midnight and clearly follows a bell curve for bad performance over that time, and a couple weeks back it started becoming worse (originally it was only really noticeable from about 6:30 or so to 10-11 pm and the worst of it wasn't as bad as it is now).

ISP and phone company have been doing the "No U" thing since then, with someone testing something, saying they can't find anything wrong and sending it/sending it back to the other. The ISP even made us buy a new modem to prove that wasn't the issue (of course it wasn't), but luckily I made sure they would allow the return, which was important considering the return grace period on new modems is a week but they wanted us to have it running for a week to test that that wasn't the cause!

And then yesterday/today happened.
- Landline connection went down but not our internet connection (there's two connections out from the jack; one for the internet, one for the phone).
- Confused as to whether it's related or not, the Phone Co. sends out a tech today.
- Look at cabling ourselves again in the meantime.
- Yesterday we had our dining room floor replaced, oops guess who cut the secondary phone line, removing about ten feet of it?
- Super says if the phone company charges to fix it, they will reimburse us, and if they won't fix it (since it's technically within the unit), they get someone in to do it. So that was good.
- Phone Co. tech comes and replaced the phone connection (no charge), but still can't figure out the internet problem despite pretty extensive testing. Says we need to talk again with our ISP.
- ISP talks to phone co. A second tech will come tomorrow to... perform all the same tests! But it's a different ticket, so that changes things, right? Right? :V

Let me be clear this isn't all that bad. It's aggravating, sure, but it's funnier than it is annoying. This is probably because (thank fuck) I don't have to pay for any of this shit.

I'm sure at *SOME* point it'll get fixed once someone finally admits that, okay, yes, it's some kind of congestion issue caused by switching software, which is what I've suspected from the beginning.

Wires and hardware don't break down at perfectly scheduled times of day and work perfectly well at other times of day unless something very strange is going on (I'm sure we can all find That One Weird Story), and we've ruled out pretty much all the hardware now anyway. The only real problem is figuring out where the fault is - the phone company, the ISP, or (worst possibility), something conditional on the traffic allowance our ISP receives to run on the phone company's lines.

Is there an affordable device that'll maintain a backup mobile data connection and seamlessly swap it in whenever the wired link craps the bed? Seems like that should be a thing.

... okay yeah, looks like it's an extra 'secondary wan' feature on some routers. Eg: ASUS ones are good for plugging in Android phones. 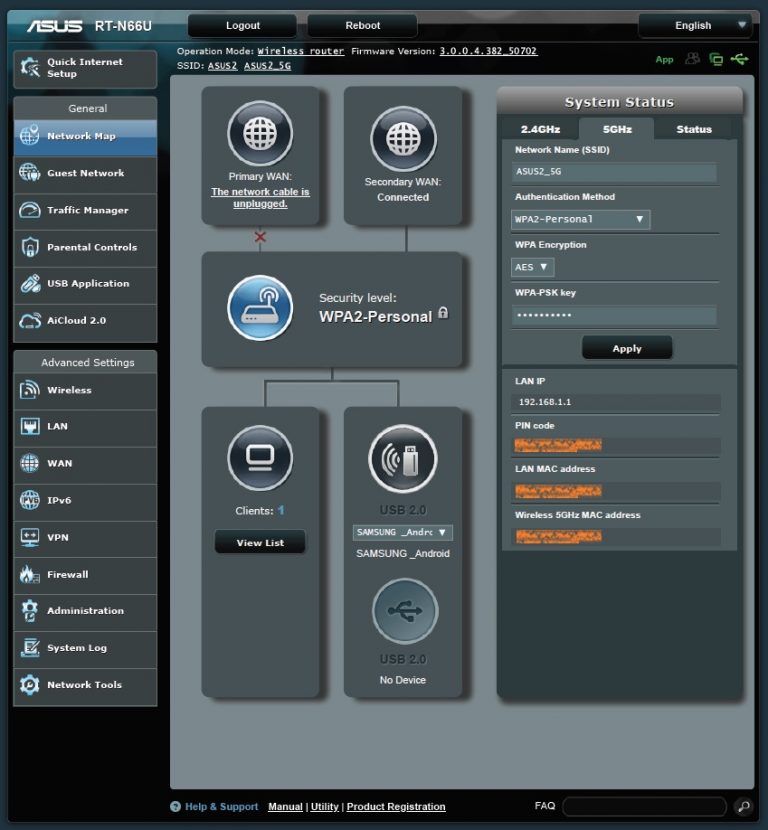 Everything wireless in Canada is ruinous. We have some of the worst cell providers in the world in terms of value per dollar and this has been a problem for more than two decades. Not actually joking.

This is part of the reason why I tend not to use mobile data and only have 2Gb/mo on my phone plan.

Like, literally. There's only three networks here in Canada: Rogers, Telus and Bell. There are other companies, of course, but they have to rent network usage from Rogers, Telus or Bell. There's no explicit evidence to support the accusation that the three networks are fixing prices, but they all charge the same amount for service. It's literally less expensive to switch to one of the other networks after your introductory period to get their introductory pricing than it is to stick with the plan you have.

Yep. With few enough players in the market, you don't even really need to have open collusion in any criminal sense; you just wordlessly agree to détente.