Here's the wholesome, although melancholy version of that story: Dad and the Egg Controller 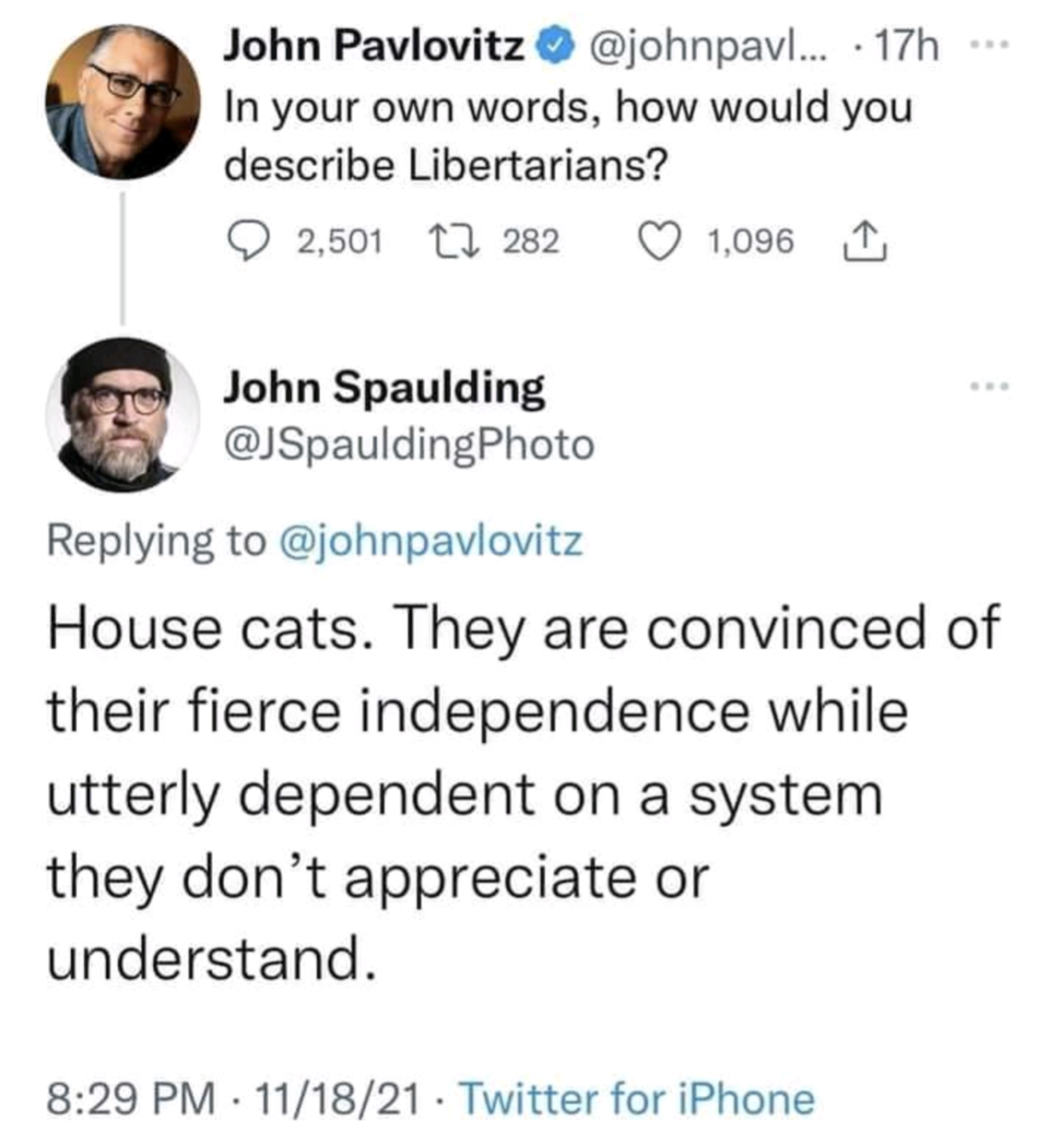 Look I know most of you don't speak French, but this is insane.

When I heard that I said "Ah? And the last guy he was doing ['ouphan' - dunno what that is] and this new guy, What's he do? And she said he's a Nazi Rap Producer." pffff I say "Nazis?!" she says "A little". A little? All the women in this family are crazy!

It's just recreational Nazism, why you gotta be all dramatic.
Top

That might be the best possible description of the phenomenon I've ever heard. 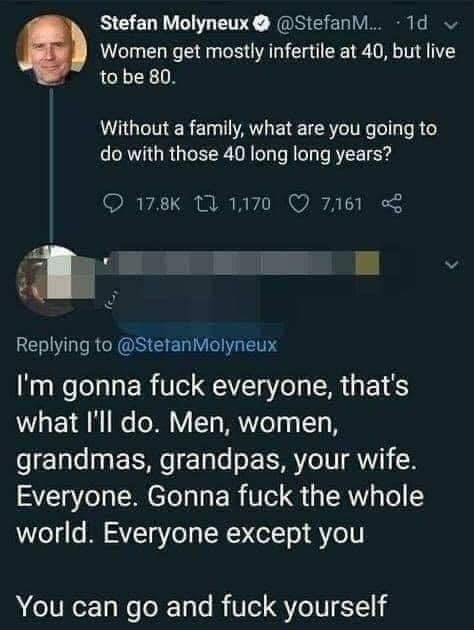 Normally, I might have invoked the "Hello I'd like to report a murder" meme for a curbstomping this brutal, but given it's Stefan Molyneux, it's more like euthanasia.