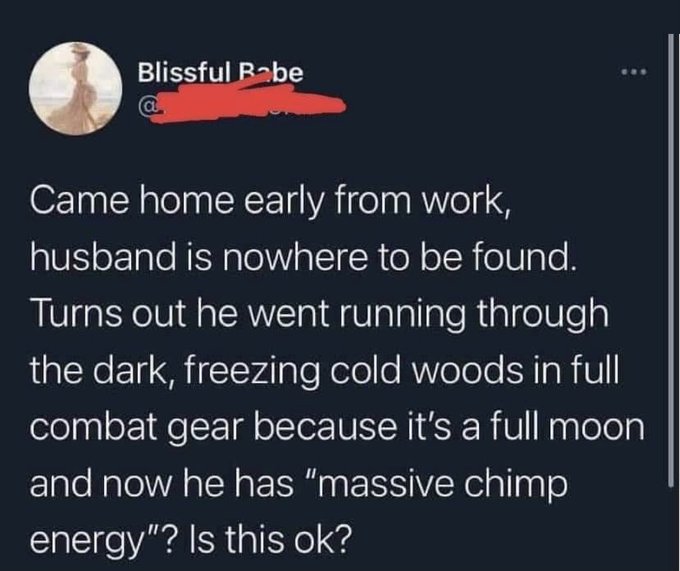 yep it's in my head again now thanks

Do you guys want Thing8? Because this is how you get Thing8

only if we get both of the wachowskis back this time

why was six afraid of seven

Another one for Friday: wherein the Oklahoma Dept. of Wildlife tries, with somewhat mixed success, to convince the public not to let cougars into their homes for cuddles

Was it deleted?
Top

Yeah, and she's giving people shit for bringing it up. lol

The upshot was the guy messaged her and said he was doing great, bought the motorbike and drove up the coast, found someone new and got married and now they have 2 kids, and he wanted to say thanks.

Well, no one said a good Samaritan had to be friendly. Or want publicity. Though she seems to be uniquely annoyed by... dorks from goodreads? Some history there, I guess.

Personally, I had a little laugh because I still can't drive stick even though I've only ever owned the motorbike (automatic motorbikes ones are extremely rare).

Like, obviously I have to understand how manual shifting works and could probably learn on a car quicker than a complete novice would, it's just the physical actions for shifting on a bike are completely different from that of a car. On a bike, you clutch with your left hand and shift with only the toe of your left foot, and the gear positions are 1-N-2-3-4-5 (no R, again except in oddball cases like Honda Goldwings geezerliners), and throttle blipping to help match engine and transmission speeds for smoother shifting is obviously a lot easier than it is in cars (as long as you're right-handed). 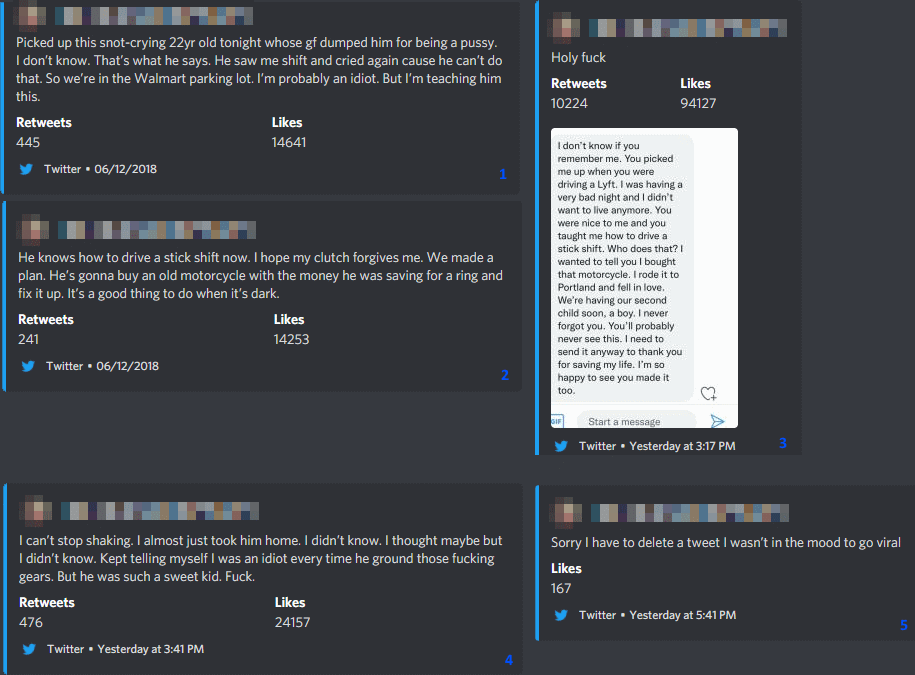 Here, I made a screenshot collage of where I saw it posted on a discord somewhere.
How fleeting are all human passions compared with the massive continuity of ducks.
Top

That would feel like a brave, bold move if the other judge they've been sitting alongside weren't Jenny McCarthy
Top

Mainly I think it's hilarious that that's what Rudy's up to these days.