oh you son of a bitch

You're gonna be a ho-meow-ner
Top

This has caused me to google "words with meow in them" but the results are disappointing, it's basically just the obvious ones and homeowner 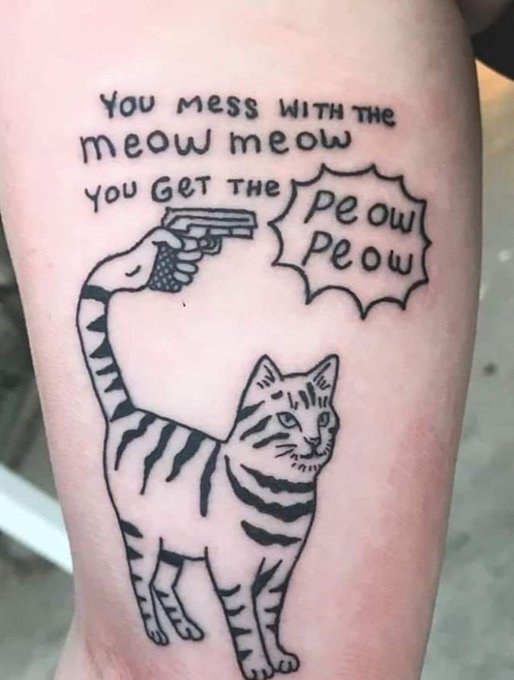 "But Mongrel, that just say-"

If y'all could vote in my Twitter poll, it would really help me out.

Trying to provide evidence that this person on Tumblr doesn't have their fingers on the pulse of the zeitgeist quite as much as they think they do w/r/t use of flat sheets.
tiny text
Top

uh... what's a sleeper in this context?

The person sleeping in the bed.

My brain is refusing to parse this poll for some reason so I'll just give you the info:

From top to bottom, my bed goes:

1. Comforter (but not now, in Cali it's like 80+ degrees at night so I sleep with it pushed to the side against the wall)
2. Sheet
3. me
4. Fitted sheet covering Mattress
5. Mattress

Oh FFS I was sitting here trying to figure out which part of the bedclothes that was. Though apparently I was not alone in my confusion, judging from the comments.

Also, same as Friday. You know, like a normal person - if you're using a comforter, the sheet is there to keep it clean.

See, I'm in agreement with y'all! But this person I follow was all, well:

I guess this is just another instant of two nationalities looking at one another and saying, "The way they handle it over there is wrong."
tiny text
Top

I don't even really understand what that quote is saying, but I gotta be honest and say that making Twitter polls in furtherance of arguments about bedclothes on with randos on Tumblr seems like a... mis-allocation of one's time.

There's a super vague part of my brain that is informing me that this is indeed a lift/elevator situation.

I mean, whatever. Nothing will ever be more weird to me than the fact that no two english speaking countries can discuss baked bread products (sweet or otherwise) without massive confusion.

I think the nomenclature confusion doesn't blow my mind half as much as Australians not having sweet pies AT ALL and refusing to countenance the concept, in spite of knowing they are indeed a thing.

Like arguments about biscuits, chips, etc. seem adorably trivial compared to such a blatant crime.

The other thing is that ever since I learned about Dutch food, I feel like the "English food is terrible" is actually the "The French only know how to lose wars" of the cooking world.

At least the English know how to fry and roast things, holy shit. And while they may have committed culinary crimes of the first order against Indian cooking, they DID still adopt many Indian recipes into the British cuisine pantheon (albeit in butchered form). The Dutch controlled Indonesia - literally the Spice Islands of historical fame - for a century, yet no so much as a single grain made it into Dutch food. They make Elwood Blues' diet look exciting.

(most things you might think of as "Dutch" when it comes to food - 'Dutch Apple Pie', 'Dutch Ice Cream' - are really American. Or German. See: Pennsylvania Dutch)

I said it before, but I love PA Dutch foods. While they aren't heavily seasoned with spices, it's at least better than the multiple people I know in Maryland who think that black pepper is too spicy.
Top

Huh, I've never seen a set of bedding that did not contain both a flat and fitted sheet, so yeah that's gotta be a disconnect.

So if I go find Stush and throw a cream pie at him, will he make a sound?
Top

Only one way to find out!

Growing up I was issued a fitted sheet to wrap the mattress and a flat sheet to go between me and the blankets.
As an adult I cannot remember the last time I used a flat sheet for this purpose. idgi

The German word for German is "Deutsch", and you have to punch Americans in the arm before they remember other countries and languages exist, so we just started calling German stuff "Dutch".
Top

nosimpleway wrote:The German word for German is "Deutsch", and you have to punch Americans in the arm before they remember other countries and languages exist, so we just started calling German stuff "Dutch".

That reminds me of one of the funnest fun facts of US history is that, early on, you guys were one vote off switching to German as the official language of the US.