And apparently he did The Further Adventures of Cyclops and Phoenix? Shit, I've been a fan of this guy for at least 25 years, then.
Top 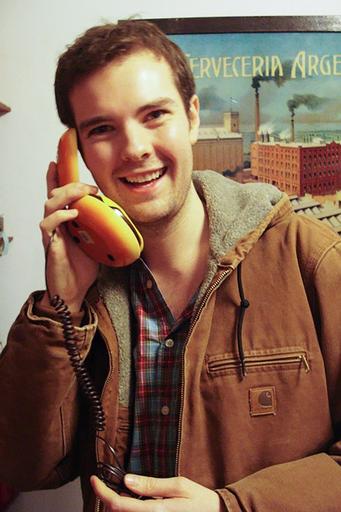 John said that his brother had “really believed in the power of the media to change the way people thought about certain disfavored populations.”

I cannot fucking stress this enough. The war we are in (and we are in a war) is being fought with information. Positive shows will help people, Tucker Carlson will kill people.

Well... At least Casca got resolved.

Perhaps a little obscure for this thread, but I've spent most of my career working in a field that basically would not exist without Ernst. He was both respected and liked in that field, that second quality being somewhat less common for Nobel laureates.
Top

I've thought about this before. Make a bunch of movies and people will talk about you for 50+ years after your death. Invent a life saving medicine/machine that saves millions or more and people will say "huh? who's that?" when you die.

I mean, I'm not saying people who make movies shouldn't be talked about. It's just weird to me that the people who create the things that make our lives so much safer and better hardly ever get any fame.

It isn't weird to me.

Famous thinkers turn out like Turing more often than Einstein uhhh Newton I guess it turns out they fucking desecrated Einstein's corpse against his express wishes for medical research which is a real cool thing to do to an escaped Jew.

This shit happens because scientists learn how to be scientists instead of learning how to survive being famous.

Sometimes they do if they're woven into a national narrative, like Frederick Banting (the first doctor to treat diabetes with insulin) is in Canada, Louis Pasteur in France, or Nicola Tesla in Serbia AND Croatia (he was ethnically Serb, but born in Croatia, so there's another thing they like to fight over). Tesla's also a good example of scientists who become historical faces for various scientific advances, same as Newton, Einstein, Bohr & Rutherford, Watson & Crick, etc.

Also the history of scientific research is a lot longer than the history of film, so the threshold for memorial is somewhat higher. Actors on the other hand have only really been famous for about 200 or so years, and think of how quickly memory of lesser ones disappear a generation or two after their era. I mean, how many silent film stars could you name? A few, sure, but not that many.

On balance, I think if you sat down and started writing a list of all the famous actors you could think of versus the famous scientists you could recall, actors would probably be a longer list because most of us consume more casual entertainment than we do scientific history, but the list of scientists would still be pretty long as well.

One thing both fields suffer from though is that there's always folks who did a lot of work who get little credit because they're not the star or the face of the project.

One thing both fields suffer from though is that there's always folks who did a lot of work who get little credit because they're not white, a woman, or both.

Did y'all know that Terry Goodkind died back in September?

I'm seeing BoingBoing and Wikipedia both saying that John Paragon (Jambi on Pee-Wee's Playhouse) has passed away, but no other sources as yet. Looks like the Wikipedia article's still being edited; it has a death date but no source and there's still a "this biography of a living person" bar across the top of the page.
Top

Büge wrote:Did y'all know that Terry Goodkind died back in September?

Büge wrote:Did y'all know that Terry Goodkind died back in September?

Oh man he looks like the exact dude you'd expect.

Right?? You should see him with his ponytail.