Our Boys In Blue

My goodness. 270 months in prison for Derek Chauvin, can never own firearms again, must register as a predatory offender upon release. George Floyd is still dead.

It's just a conflicted emotional response in that it's rare for a police officer to receive this kind of sentence but I don't know that there is a satisfying or acceptable sentence for this kind of crime.

We talked about it a bit in #ff, when someone mentioned it didn't seem like it's enough.

I personally have always held that anything past 25 years is wrong, unless you think they're a totally irredeemable threat to society, in which case you just give them Life so they can't hurt anyone else ever again.

So the question is, do you think Derek Chauvin is a totally irredeemable threat to society? All answers valid.

Imagine going back to having no ambulances and just sending the cops to whatever heart attack or stroke or whatever. That is how insane what we are doing right now for mental health is.

And all this is just a drop in the ocean of what's wrong with cops and how they are run. Racism, military gear, excessive force (which is why they also kill white people far more than they should) cop unions, "good" cops not reporting their own, the disdain they have for civilians, the way our culture absolutely worships them and idolizes them, and more.

So yeah one guy going to prison?

I read the judge's... what's it called, sentencing memo? I found it notable because the fact that Chauvin was a police officer actually contributed to his sentence, which is how it should be at least. The prosecution argued four aggravating circumstances, and two of them were taken into account: Chauvin's position of authority, and the cruelty of his crime. Those justified an increase from the base of 150 months for someone with Chauvin's history to the final sentence of 270 months.

(The other two were that children were present and that the crime was committed by multiple individuals. It was found that the minors were not showing signs of having been injured or traumatized, and that the onerous task trying to figure out whether the other officers involved were participating in the crime was moot to this particular case since the other aggravating circumstances already justified the extra 120 months.)

I presume there's no mention of the whole thing being a hate crime because that would be hard to prove, but maybe it's not a thing in Minneapolis, I don't know.
Top

Friday wrote:I personally have always held that anything past 25 years is wrong, unless you think they're a totally irredeemable threat to society, in which case you just give them Life so they can't hurt anyone else ever again.

Friday wrote:So the question is, do you think Derek Chauvin is a totally irredeemable threat to society? All answers valid.

Friday wrote:We talked about it a bit in #ff, when someone mentioned it didn't seem like it's enough.

I personally have always held that anything past 25 years is wrong, unless you think they're a totally irredeemable threat to society, in which case you just give them Life so they can't hurt anyone else ever again.

It's a complicated question and involves a lot of implicit assumptions. Questions like what the point of prison and, indeed, criminal justice is, and whether we're evaluating guys like Chauvin in comparison to some idealized scenario, or in comparison to other criminals within the context of the system we've got.

So the question is, do you think Derek Chauvin is a totally irredeemable threat to society? All answers valid.

Everybody loves a good redemption story, and I'm no exception, but the older I get the more I see "redemption" as just that: a storytelling device. I'm not sure such a thing exists in real life.

There's no cosmic scale. Good deeds don't balance out the bad. If you murder somebody, but also save somebody from being murdered, those two things don't cancel each other out. You did both.

So is Chauvin irredeemable? Yeah. Yeah, I think he is. He kneeled on a man's neck until he died. All the perfumes of Arabia will not sweeten this li'l hand.

The best he can ever do is try to be better. I do believe that even the worst criminals are capable of that (or at least that we should behave as if they are). But so far Chauvin hasn't shown any interest in it. He hasn't shown any remorse or contrition. Now he's talking about how he has secret evidence that will clear his name. I think that behavior is part of the story, part of what people think about when they ask whether or not a given sentence is just.

As for whether or not he'll always be a threat? We can't know that for sure, but there are a few factors we can consider. Not allowing him to carry a gun is a good start. And assuming he serves out his full sentence (so far -- keep in mind there are still federal charges to come), he'll be 67 when he gets out. Statistically, people that age don't commit murders. Is his sentence long enough that by the time he gets out, he won't be a threat anymore? Yeah, probably.

As for deterrence? Nah. It's important for Chauvin to face accountability for his crimes, but we're still a long fucking way from police officers thinking twice before they murder Black men. If it's a question of whether this will be a lesson to other LEOs? If they take a lesson away from this, it's gonna be "make sure nobody's recording." And probably not even that.

If the question is how does his sentence stack up against other criminals'? He's not getting the max, he's not getting what the prosecutors asked for, but he's getting more than the recommended sentencing guideline, and the judge made it clear that the egregious nature of the crime played into that decision. Evaluated within the context of what other criminals get for the same offense, I think Chauvin's sentence is probably a reasonable one -- he got more than somebody else would have, and what he did and what his job description is both played into that decision.

If the question is what purpose do prisons even serve -- woof. Prisons are like the police; I'm convinced at this point that the only way they can be reformed effectively is to tear them down entirely and start over. Any questions about whether anybody should be in prison carry a pretty heavy set of implications and caveats. I do think we need a place we can put violent criminals that will prevent them from doing more harm, and prisons are what we've got. So yes, given that set of parameters, Chauvin belongs in prison. But the prison system we've got is not remotely the one we should have.

And, of course, on top of all that, we're domesticated plains apes and we've got a powerful instinct toward tit-for-tat. Derek Chauvin murdered a man. It's hard to see any sentence as commensurate with that crime. But I think that, while that's a perfectly understandable way to think, it's a wrong one, and indeed its one whose logical conclusion empowers the very system of oppression that Chauvin represents. When people start pushing for harsher sentences, that usually doesn't end up hurting people like Derek Chauvin. It usually ends up hurting people like George Floyd.

But that's also cold fucking comfort. George Floyd is still dead. And so are Freddie Gray, Eric Garner, Sandra Bland, and so many others. And there are going to be more. The real question isn't whether Chauvin is an irredeemable threat to society. It's whether the police are. And the question is rhetorical.
Top

I'm stuck on the 'condolences' part. Offering sympathy for the thing you personally did is pure mafia bullshit, calculated to amplify your victims' horror. It should be added to the charge sheet.
Top

For the record, I wanted him to get Life. He knew what he was doing, and he did it in cold blood and on purpose as George begged for his life. That is some serious fucked up psychopathic shit.

The real question isn't whether Chauvin is an irredeemable threat to society. It's whether the police are. And the question is rhetorical.

If the question is what purpose do prisons even serve -- woof. Prisons are like the police; I'm convinced at this point that the only way they can be reformed effectively is to tear them down entirely and start over.

Also this. Private, for-profit prisons are literally just state slavery. Harsher penalties and incarceration rates for black people are how slavery has survived in this country, with a few extra steps.

"How does Wal-Mart beat everyone else's prices?!" is a question that has a detailed answer, but the simple version is "Slavery" but it's pronounced "Prison Labor."

And the state-run ones ain't exactly great either.
Top

Yep. Kylie did a whole twitter thread on the Game Truck. 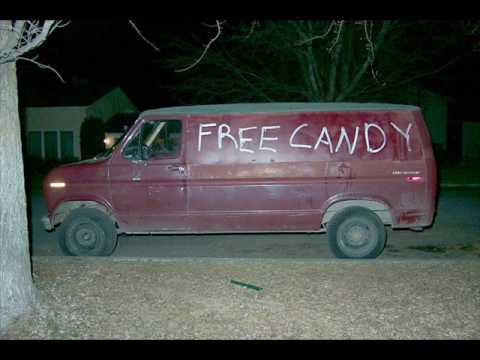 The dicey behavior began when Portland cops investigating a series of bank robberies felt they knew the perpetrator’s identity: Tyrone Lamont Allen, a 50-year-old whose face is covered by several prominent tattoos.

But there was a problem. None of the bank tellers had noted seeing any face tattoos on the robber. And no tattoos were visible in recovered surveillance footage.

Rather than looking for other suspects, or even proceeding with a photo lineup knowing that the tellers were unlikely to positively identify Allen, the police officers turned to a piece of software to solve their problem.

“They covered up every one of his tattoos using Photoshop,” The Oregonian’s Maxine Bernstein wrote. “Police then presented the altered image of Allen with photos of five similar-looking men to the tellers for identification. They didn’t tell anyone that they’d changed Allen’s photo. Some of the tellers picked out Allen.”

There’s more. The cops in question did not know that they were doing anything wrong. Neither did the local U.S. attorney. Indeed, they still stand by their actions. The Oregonian quoted a police forensic criminalist, Mark Weber, as testifying, “I basically painted over the tattoos. Almost like applying electronic makeup.’’

Next up: "We sawed off his feet/put him on the rack to fit the bank securicam ruler shot"
Placeholder for something witty that doesn't make me sound like an asshole
Top

"perhaps not entirely forthright or on the level, slightly maybe not in accordance with morality or fairness, imaginable that it would not 100% be considered honorable, Jesus would maybe have a problem with it, if asked"

Five glorious decades of lessons and I still can't fit it in my head that this language fuckery works on people.
Top

Who gives a fuck about people? It just needs to work on donors.

I mean, we all knew this, but it's something to see the victim got a payout at least (and official confirmation, I guess, for whatever that's worth). Too bad the cash won't come from the FOoP's budget though.

EDIT: Oh, the law firm is also suing the FOoP too! Good!