She has the same problem as every Democrat: She's trying to do her best while playing by the rules, while her opponents are doing their worst while taking a piss on the rulebook.

...God, Trump's absurd insistence that he's the candidate of criminal justice reform is going to get even more insufferable, isn't it.
Top

As insufferable as a kid that keeps banging on the table because everybody stopped listening to whatever the hell he's rambling on about now, yeah.

Also her comments on BLM during one of the debates was “Nothing stops a bullet like a job.”

Could you expand on this? I don't understand the meaning.

Is she saying... that Black People should just get jobs and their problems will go away?

IIRC, it was during one of the early Dem debates and the question was about how to prevent police brutality. So, basically, "If you don't want to get shot by cops, get a job".

I believe it's cribbed from the founder of an LA community organization that tries to find employment for former gang members, who uses it as a sort of motto... though not in the context of avoiding police brutality.

Yeah, I think it was a poorly expressed attempt to say "there are better ways to prevent crime than police."
Now, I don't think that her actions actually back up that rhetoric, so I don't know what point there is in caring about what she was trying to say, or calling out the poor contextualization there, but... I'm doing it anyway?
How fleeting are all human passions compared with the massive continuity of ducks.
Top

I just remember that in the context of the debate question, it looked horrible.

Of course that question was pretty bad for most of the candidates. Like, Biden's reply was basically "If you don't wanna get shot by cops, be white."

She refused to prosecute Steve Mnuchin despite the recommendation of her office, then was the only Democratic Senate candidate to take money from him in 2016.

She blocked a process that was working for survivors of child sexual abuse by the Catholic Church, which her predecessor was helping.

She tried to keep a lot of non-violent offenders locked up, specifically and explicitly so the state could keep using them as slave labor firefighters.

She touted, in her campaign, how good she was at locking up the parents of truant children.

She shut down Backpage and has basically led the charge on criminalizing anything that could be used for sex work, making life for a lot of people a hell of a lot worse.

She's on Biden's tier, definitely, in so far as she's absolute garbage through and through.

PolitiFact has a pretty good rundown of her record under the title Kamala Harris: Criminal justice reformer, or defender of the status quo? The record is mixed

Thank you, this link was helpful.

And also the rest of you for your info. I appreciate it.

Don't forget her student debt forgiveness plan, it was amazing. You need to do all of the following:
-Be a Pell grant recipient
-Start a business in a "disadvantaged community"
-Keep that business running for at least three years
All for $20,000 forgiven. Don't meet any one part of that? Guess you can go fuck yourself!
Top

And you thought you'd already hit the saturation point on paycheck cashing centers. 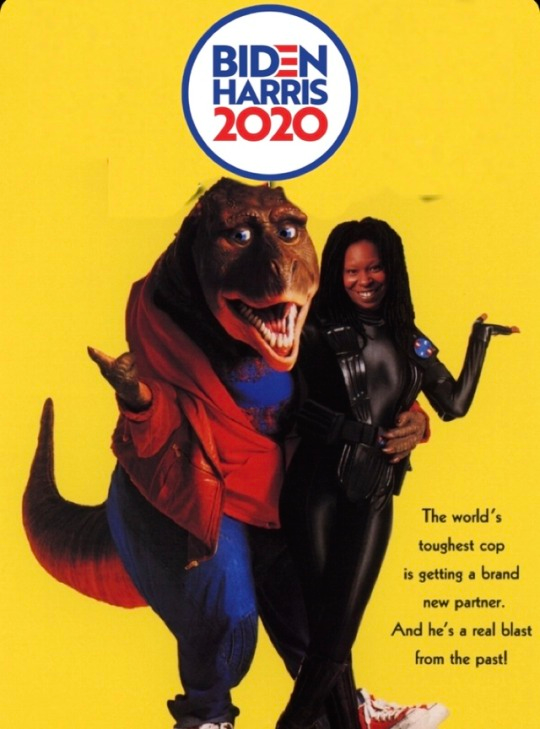 538's got their election forecast up and an accompanying article titled It’s Way Too Soon To Count Trump Out.

It's worth reading every word of that article, but note this bit in particular:

There are some sources of uncertainty that the model doesn’t account for, however. We assume that there are reasonable efforts to allow eligible citizens to vote and to count all legal ballots, and that electors are awarded to the popular-vote winner in each state. The model also does not account for the possibility of extraconstitutional shenanigans by Trump or by anyone else, such as trying to prevent mail ballots from being counted.

IOW, the model currently gives Trump a 29% chance of winning the election (the exact same odds the 2016 model gave him for winning the morning of the election), but if you believe that there will be deliberate meddling with the voting process, as I most certainly do, then you should assume his odds are higher than that.

The model also suggests that Wisconsin will once again be the likely tipping-point state. I've said before that you should keep your eye on Wisconsin in particular because we already saw massive fuckery by the Republican legislature there during the primary.

Speaking for myself: that's part of the reason I intend to vote Democratic this year, even though I voted Green in 2016 and don't like this ticket any better than I liked that one. The common refrain is that Biden can win with every state Clinton carried plus Wisconsin, Michigan, and Pennsylvania. Well, Arizona's got 1 more electoral vote than Wisconsin has. And while it's not likely that Arizona will actually vote bluer than both Wisconsin and Florida, I can easily picture an outcome where Republicans steal Wisconsin and Florida but not Arizona. We've had our problems over the last couple of years, but the people in charge of our voting infrastructure are Democrats so I think it's safe to say they're not in the tank for Trump, and we've got a robust mail-in voting system that we've been using for decades without issue. In a nutshell, I don't know for sure that Arizona will be an important state in determining the outcome of this election, but it has greater odds of doing it this year than it has in any other presidential election in my lifetime.

I don't like Biden and I don't like Harris. But I'm solidly in the "we have to stop the bleeding before we can treat the cancer" camp this election.
Top

Thad wrote:I don't like Biden and I don't like Harris. But I'm solidly in the "we have to stop the bleeding before we can treat the cancer" camp this election.

I'm in no position to say that Trump isn't a worse choice, I just think Biden/Harris is akin to saying "the problem is the bleeding and now it's stitched back up" when we're so close to getting to the source of the bleeding while the cut is still open.

beatbandito wrote:I'm in no position to say that Trump isn't a worse choice, I just think Biden/Harris is akin to saying "the problem is the bleeding and now it's stitched back up" when we're so close to getting to the source of the bleeding while the cut is still open.

That sounds a lot like accelerationism to me, and while I grant that opposition to the Trump Administration has thrown the Overton window wide open and brought a lot of formerly-fringe socioeconomic views into the mainstream (both good and bad), I'm pretty hard-pressed to say it was worth the cost.

I don't think millennials are going to get any more conservative if Biden is the president. I understand the concern that this is going to be like Obama where we thought we'd turned a corner after Bush but we wound up with someone even worse just two terms later. But there are a lot of differences between 2008 and now, not least of which is everybody's 12 years older, with all the demographic change that entails.

I continue to believe that a broad demographic shift is inevitable provided we survive long enough. And I think our best shot at surviving long enough -- and at preventing the GOP from stacking the deck any more than it already has (or will have by January) to blunt the effects of that demographic change -- is getting them the fuck out of the White House.

I can definitely understand being frustrated, and disgusted, and furious that we came so close to nominating a real progressive but then wound up with more of the same old shit. I hate it. But I like to think, at least, that the momentum is so strong that Biden can't stop it; that things aren't just going to go back to the way they were no matter how hard the establishment tries.

But you're in New York, right? So the variables you're looking at are different from the ones I'm looking at. I've voted Green in three of the last five elections, and I get it. I don't want to vote for Biden either. But I want Trump the fuck out of the White House, and voting Biden in a swing state is something I can do to help that happen.
Top

I continue to believe that a broad demographic shift is inevitable provided we survive long enough.

I'm quoting this because it's important and true. All of it.

I guess my perspective is, it's not even stopping the bleeding. If Biden somehow wins, he's going to start crushing protests with the power of the police state, with full support of and cover from the media. And he's going to do it with the full support of every blue-maga centrist who thinks All Woes Lie With Trump.

Remember that oh so prophetic tweet from a few years ago, the "If Hillary had won, we'd all be at brunch right now"? That's what'll happen. Things will be accelerated straight into the ground, and they'll all just go to brunch.