Up north, Kazz runs naked through a field of apple trees.

Ziiro hugs the wall to the west, spottin a dude on the second floor of the building Team Friday are loitering in front of.

It was a long shot.

Frocto hugs close to Kazz, pushing through the open back door with her throbbing tool at the ready.

The Kool Kazz Krew moves up, waiting in the front yard for grandma mutant to move out of the doorway.

To the west, Ziiro hugs the wall, spying a nazi through the window and stone cold gunning him down.
Top

Esperath and Sharkey take the north-western building, bracing themselves for what'll hopefully be an empty garden ahead.

Sharkey follows, setting up beside the far door.

People do not fuck around in this mod.

Ziiro cuts through the smoke, hoping to get a shot at whoever's lobbing rockets over at us.

He runs out of steam halfway through, with his target in sight. A refreshing swig of beer carries him beyond the crater and into some cover. Definitely not enough energy to take a shot.

Sharkey pops out the door, kneels, and fires a bolt off, narrowly missing by like an inch.

It's pretty far to be taking shots, granted.

We wait a turn to rest before moving u-

SHARKEY TAKES A DIRECT HIT FROM AN RPG

This mission officially just got real.

Esper surveys the destruction, stepping over his unconscious comrade in arms.

He takes a swig.

Back on the south side, Friday combs the nearby building for nazis, but comes up empty.

Some remnants of a civilian they blew to bits, though.

Buge works her way through the lower level, spotting a brownshirt and a blueshirt just around the corner.

She pops out, drops a dude, and ducks back into cover.

Up north, Thad uses his last harpoon on a dude holed up in the grandma's house, dealing zero damage.

Kazz gets into position for the next turn.

Some movement in the dark, nothing visible though.

Hear some slight movement in the direction of our friend with the RPG, but considering how many rounds we've taken so far, he's gotta be reloading or retreating.

Down south, Buge finds herself in front of two more nazis than expected.

She peaces the fuck out, into this lovely mutant's living room.

Up north, Kazz takes point, walking in through the front door of grandma's house and spotting his mark.

Let's see what this thing can do.

You did say we were all gonna die.

Mothra wrote:Defenestration ditches the laser pistol for the officer's luger we pulled off of the nazi leader in our first pogrom. Curious as to how good it'll be.

I'm reasonably certain that isn't a luger, unless it's a weird-ass luger with a foregrip.
Top

Mothra wrote:THAT'S WHAT I'M TALKING ABOUT 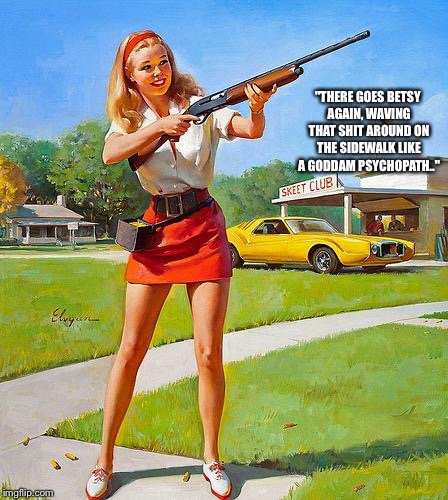 Mothra wrote:Defenestration ditches the laser pistol for the officer's luger we pulled off of the nazi leader in our first pogrom. Curious as to how good it'll be.

I'm reasonably certain that isn't a luger, unless it's a weird-ass luger with a foregrip.

I mean, we got it off a dead nazi officer. Pretty sure it's a slightly different future luger.

It's kind of like if someone mashed together a Luger and a Broomhandle Mauser.

These assholes are taking rocket launchers to a pogrom? That doesn't seem very efficient, but I guess they're not going for efficiency.

Mothra wrote:Up north, Thad uses his last harpoon on a dude holed up in the grandma's house, dealing zero damage.

The mod creators officially have a strong bias against pointy sticks.
Top

Took some time to catch up, and I only have this to add

To the west, Ziiro hugs the wall, spying a nazi through the window and stone cold gunning him down.

Hey guys, do y'all know you can play this on any recent phone or tablet? They have some sort of adapted version of dosbox dedicated to running open xcom extended https://openxcom.org/forum/index.php?topic=5258.0 and you just copy the /mods folder from xpiratez and away you go. UI's a bit misclicky on touchscreen but holy shit, I'll never be bored in a waiting room again.

What other killer apps from the 90s are lurking out there in massive nerd space?
Top

Right? It occurs to me that this game in its various incarnations has now followed me through every generation of personal computers almost from the very beginning, and a whole lot of them were designed by the same guy. 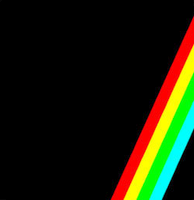 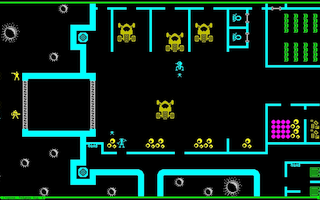 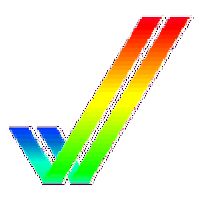 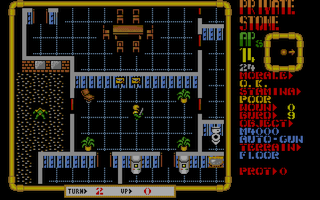 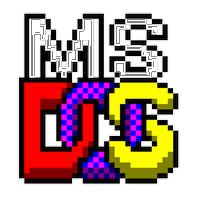 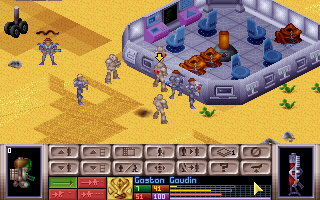 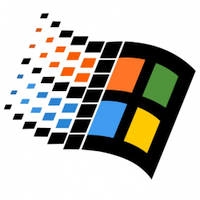 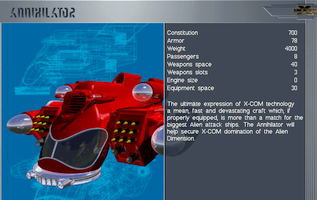 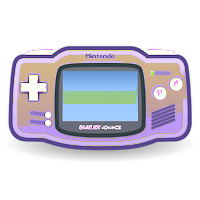 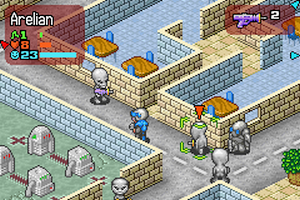 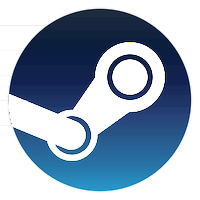 While looking up the older titles I found a Russian site with the original Rebelstar games re-written as a javascript web application, which was nice. https://rebelstar.ru/RS1/index.html?rai ... &fog=false

Still very interested to see what Julian Gollop does next with Phoenix Point. I like his ideas about replacing tabletop style hit points and percentage rolls with simulated projectile paths and injuries based on impact angle and location. That could have some serious depth if they can keep it readable and responsive. Hoping the Epic Store drama doesn't eat it in the womb.
Top

I'd never heard of this one before. Sounds like a good reason for some hands-on research.
Top

I'd never heard of this one before. Sounds like a good reason for some hands-on research.

It had some real annoying slowdown issues, and the actual gameplay isn't particularly fun. I fully beat it of course, but it wasn't long or complex enough to be memorable.

That said, I love the visual style, and it is pretty charming, so, I dunno, it's worth a shot on an emulator I think.

It also had some adorable instruction manual art that I wished was more prominent in the game: