Well, time to bring this run to a close. One way or another. Though I suspect that with the ammo, guns, and Niku we have, we'll be able to make it through.

For those of you who don't remember, the ending is three tough maps in a row. A warm up siege in a cabin, the FINAL FOUR HOUR SIEGE, and then a mad dash to Canada. The mad dash to Canada is actually the easiest of the three (with the middle one being the hardest by far) but by then you're usually super low on resources and health, so.

We head into the first seige. 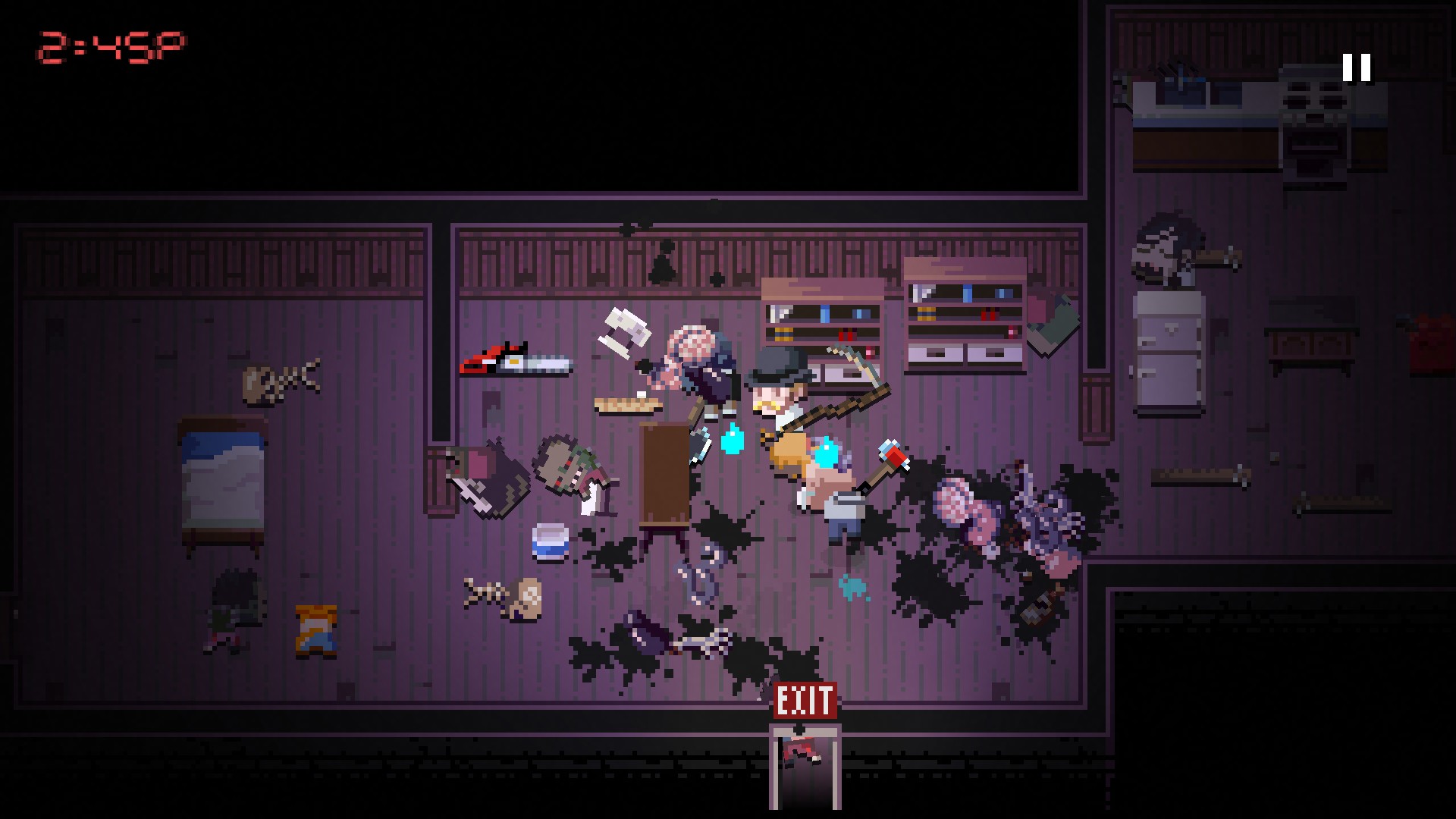 Oh, hahahaha. The game actually GIFTS US a chainsaw, one of the best weapons in the entire game if you have the extra gas to use it, and we do.

Whatever worries I had about surviving are gone. I'm super confident we'll make it. 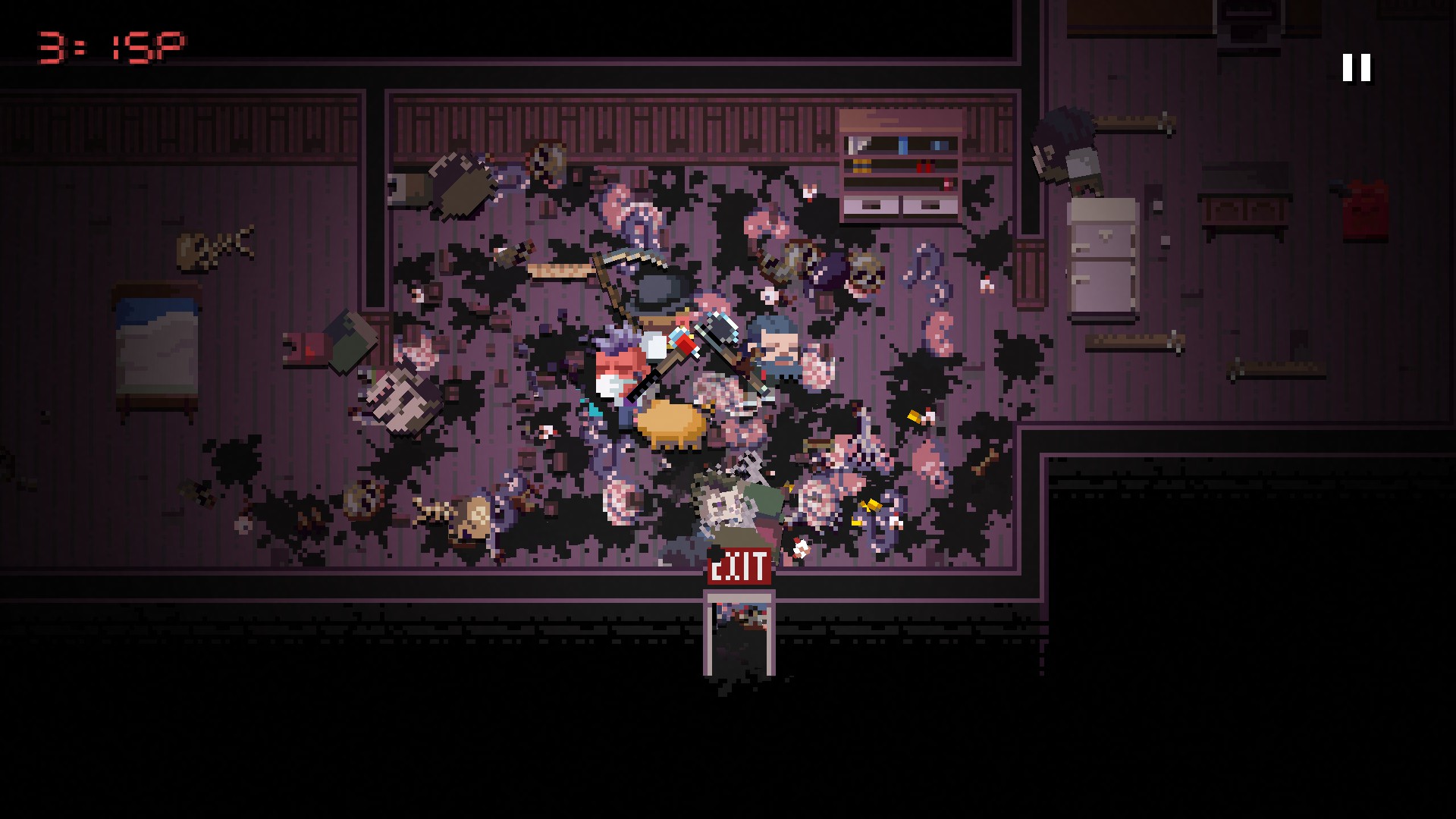 We hold the door with just our melee weapons. All that fitness training pays off. Niku routinely cleaves 3 zombies dead in one swing, and can swing like six or seven times before tiring out. And he recovers super fast.

Needless to say, we pass through the first event of three with no problem. Beat goes a little gun crazy for no reason and wastes some bullets, but we have plenty extra.

We pile back into the car to drive the final few miles. 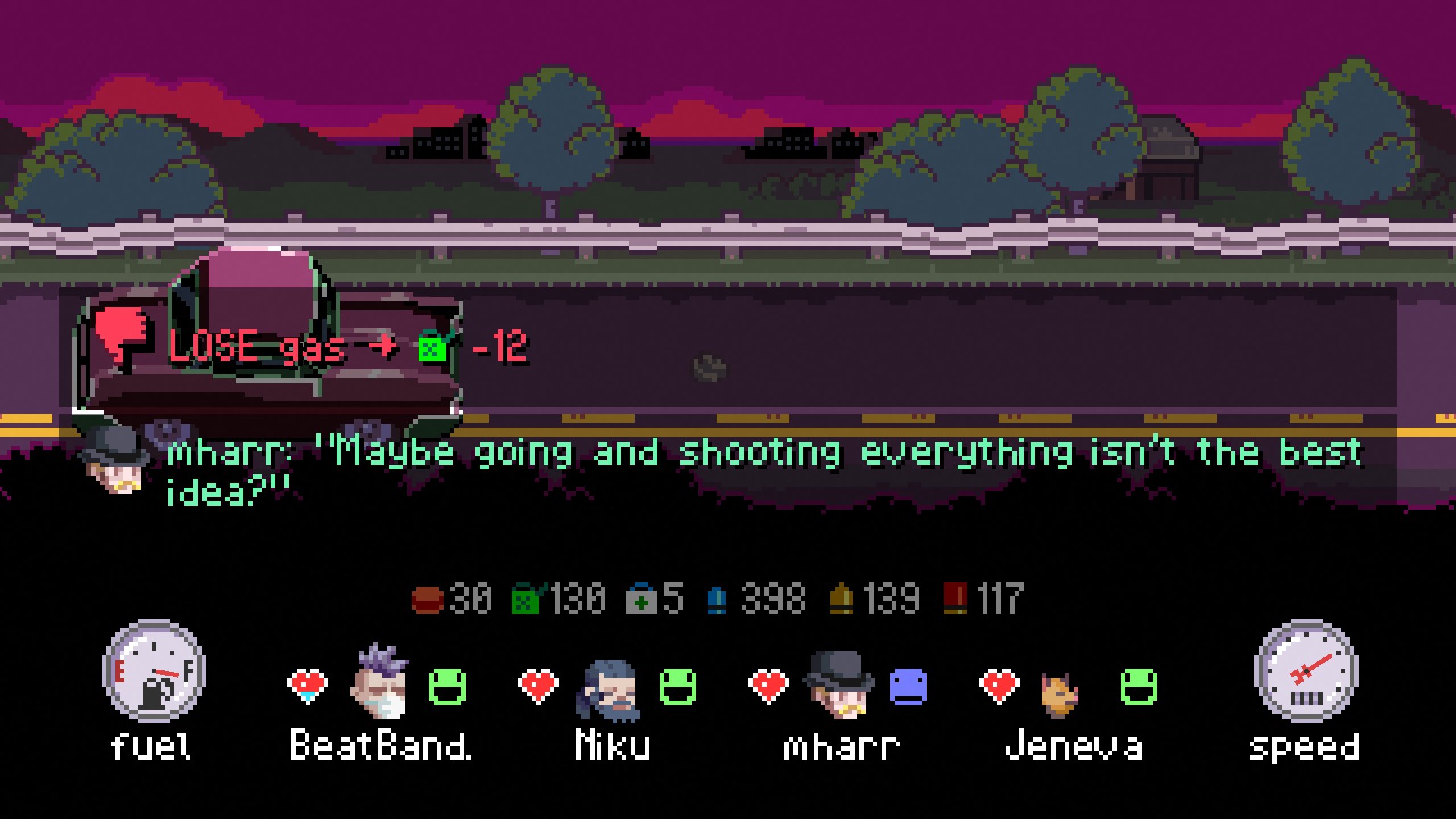 Beat: We get it mharr, you're not American. 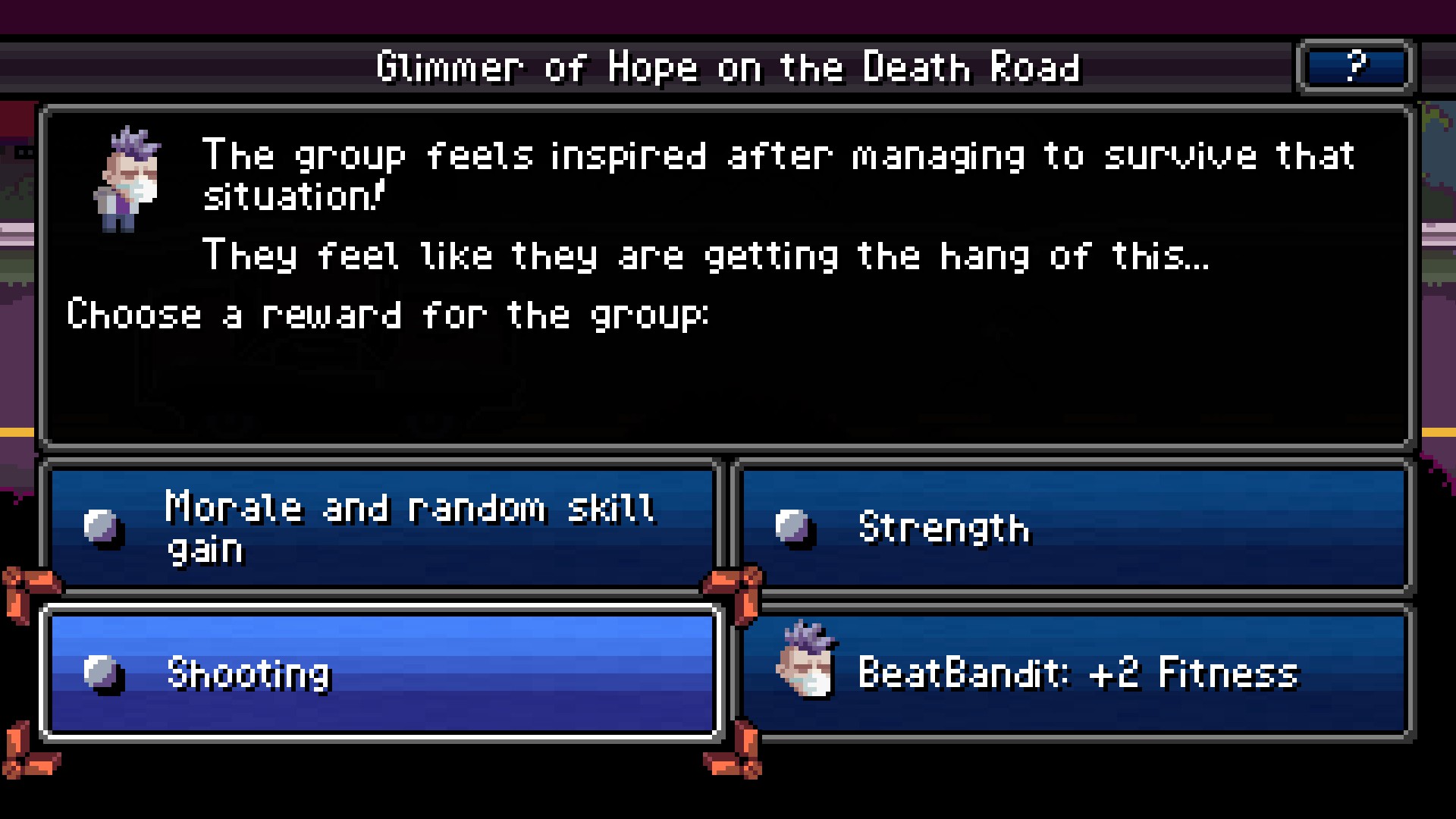 BUT THE REST OF US ARE, SO SHOOTING IT IS.

(Strength is tempting just to completely max out Niku's physical stats, and +2 fit on Beat is good too, but shooting is the most important for the hard endgame.) 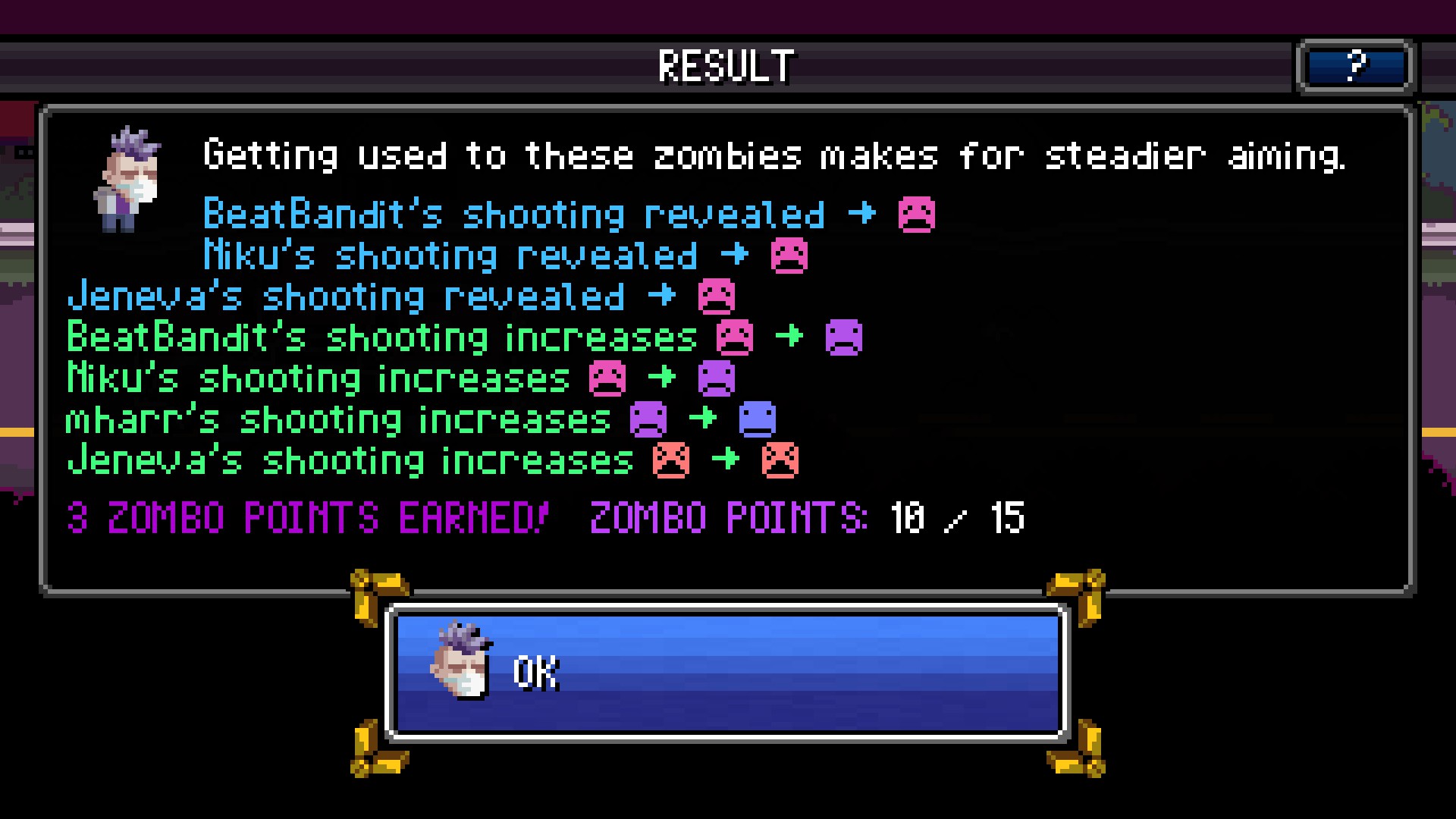 We pretty much suck with guns even after the buff. No supermaster one man death machine shotgunner Grath for us, this time, but Niku's physical stats make him a different kind of warrior. 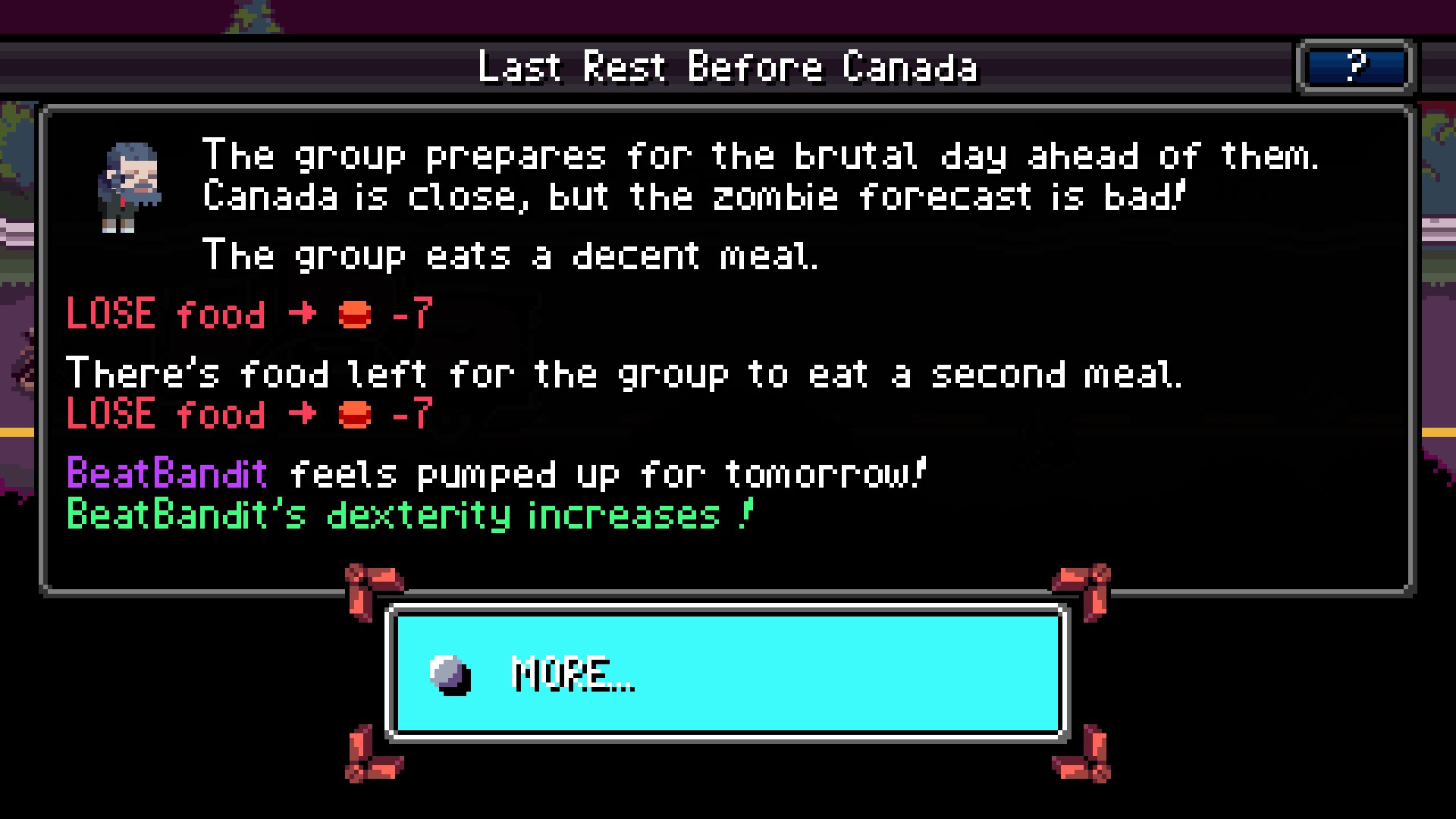 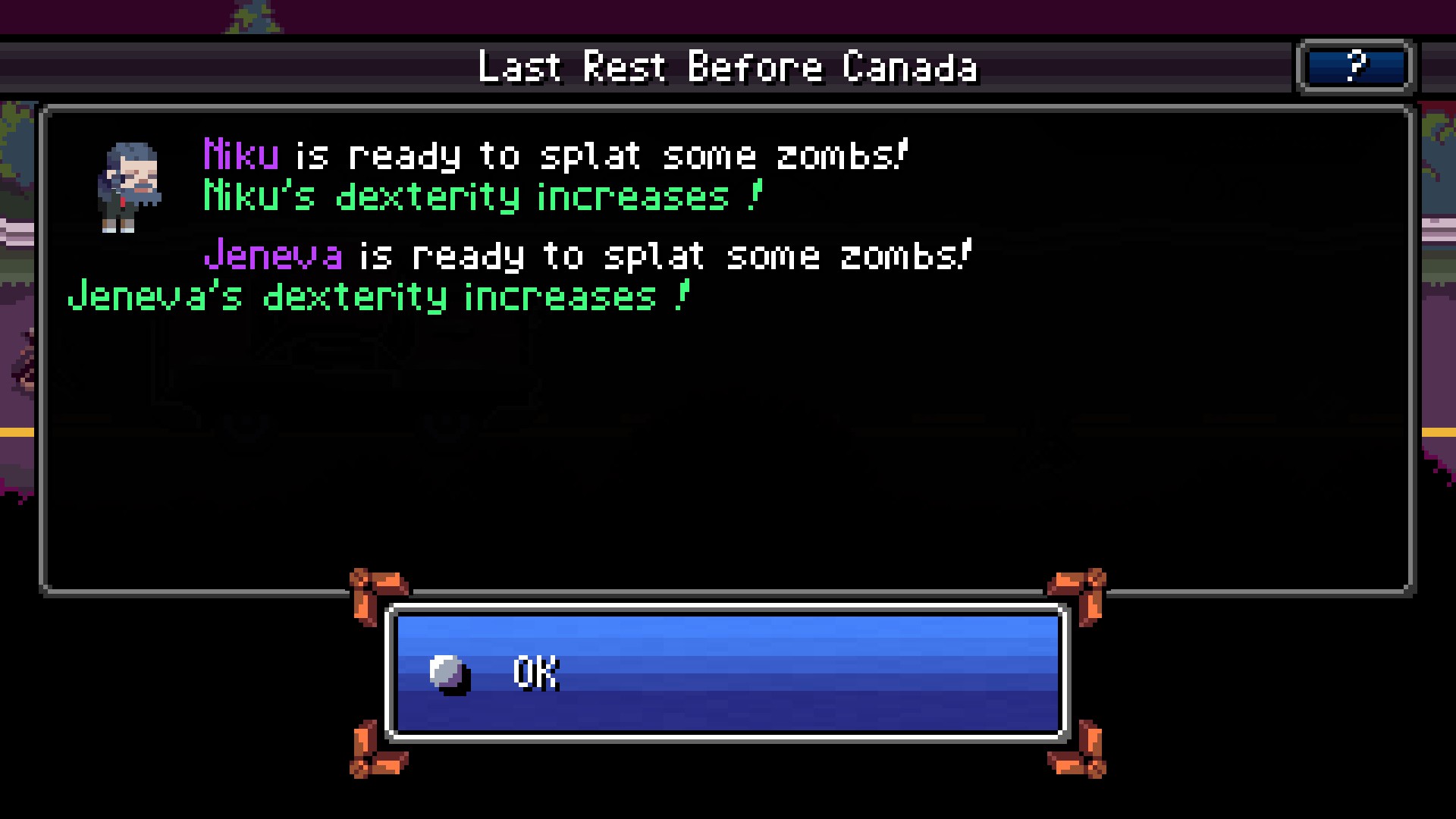 One quirk of the game engine is that "civilized" cannot get the ending bonus of +dex. You get the chance to eat an extra meal (if you have enough food) and then if your morale is at max, it gives you the +dex bonus, which is move speed and longer time taken to get bit, both amazingly useful. But since Civilized cannot go over "medium" morale, they can never get this.

mharr: Wow, Niku. You were a one man meatgrinder back in that cabin. How are you so strong and fit? 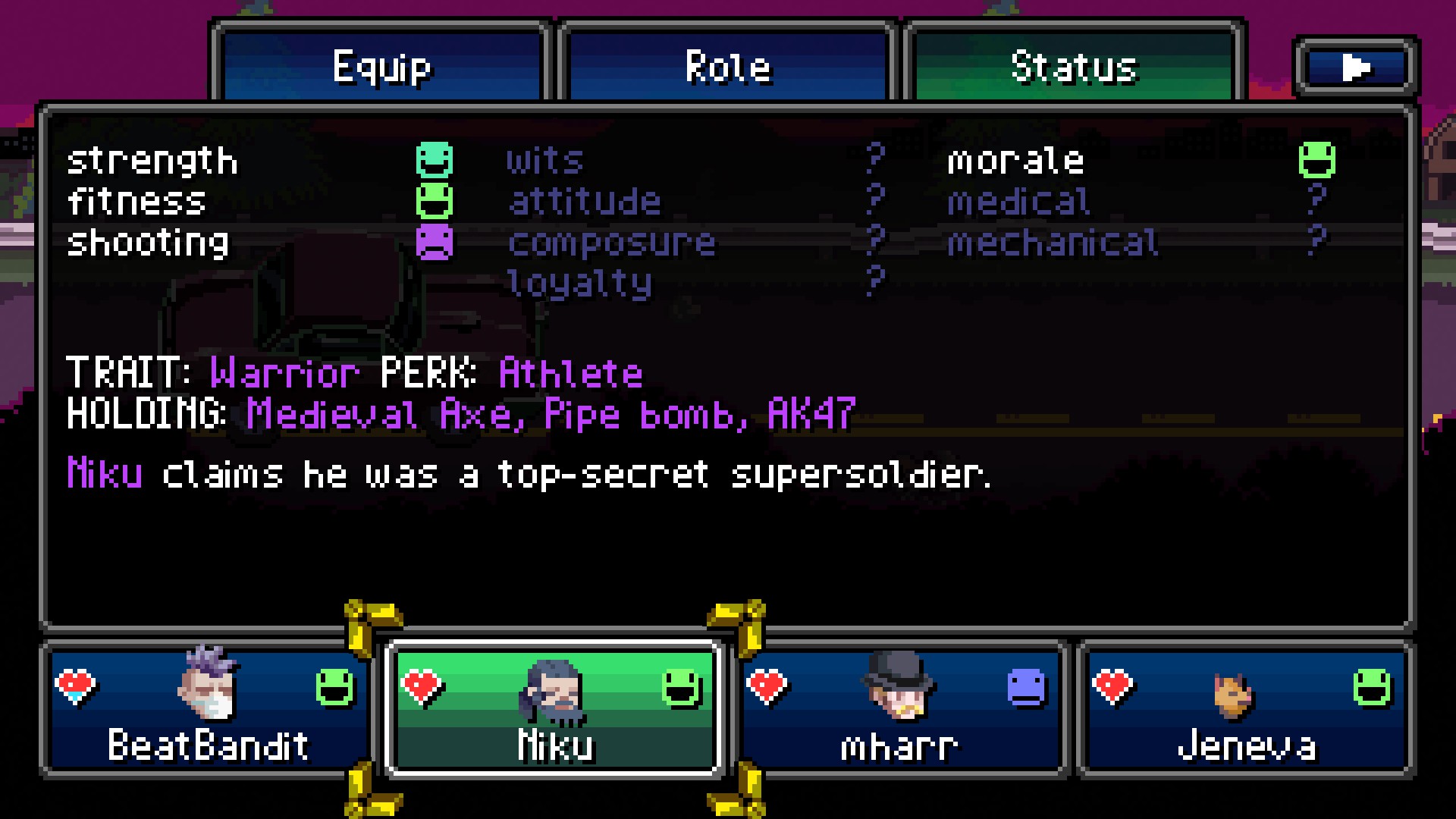 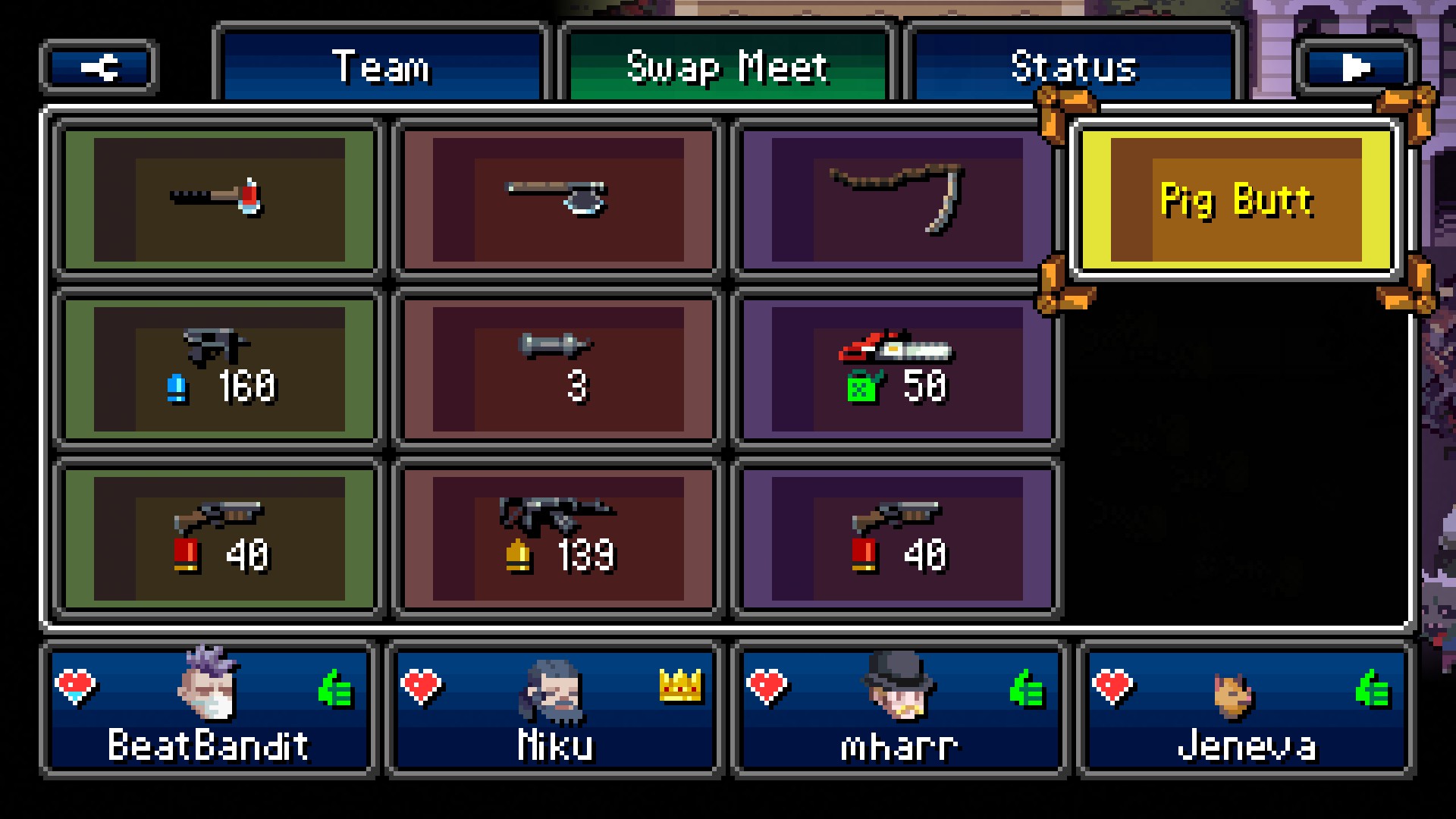 We gear out for MAXIMUM POWER. I let mharr hold onto the chainsaw for the moment, because the AI accidentally using a pipe bomb to blow us all up is about the only way we could lose at this point. 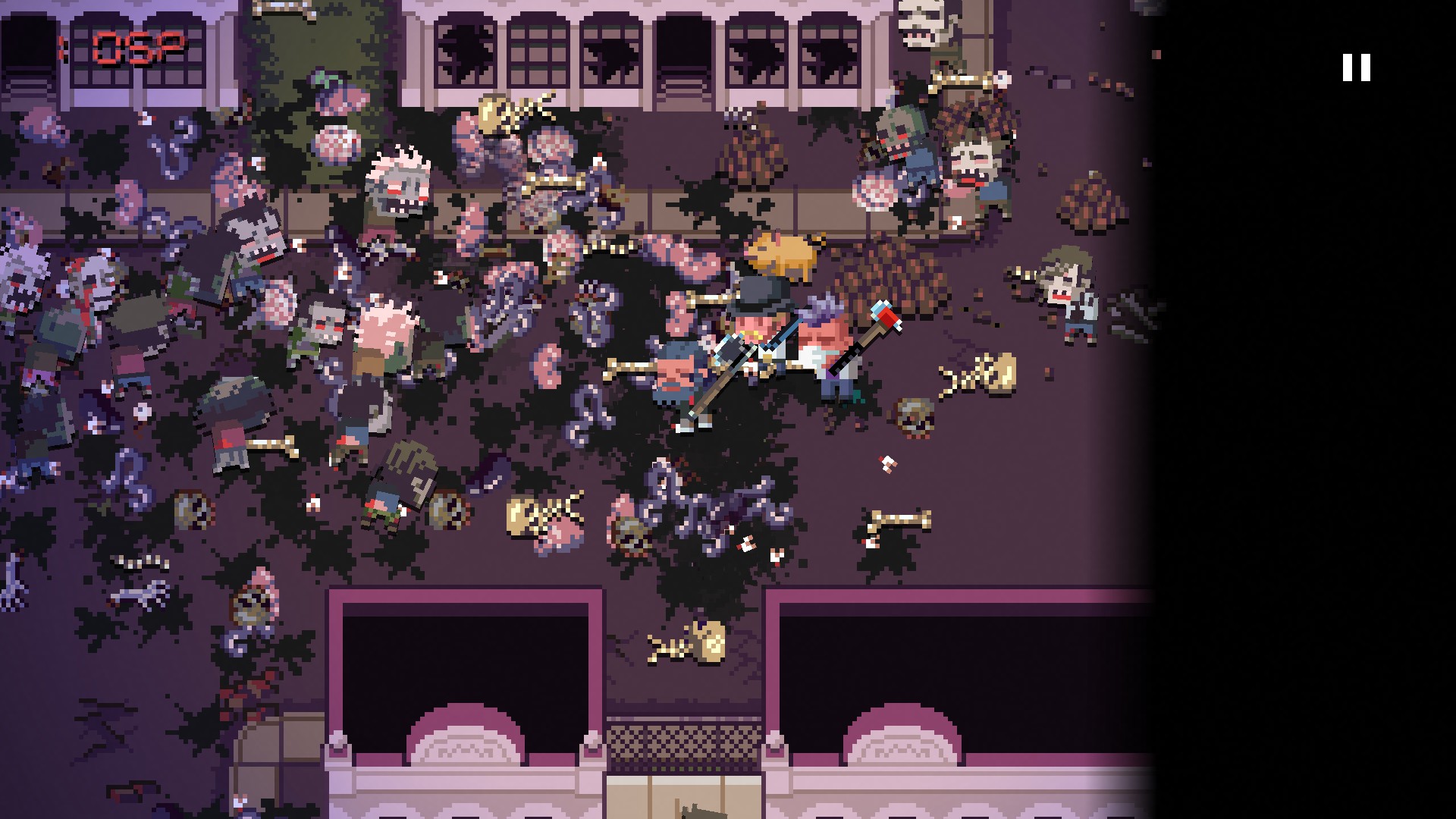 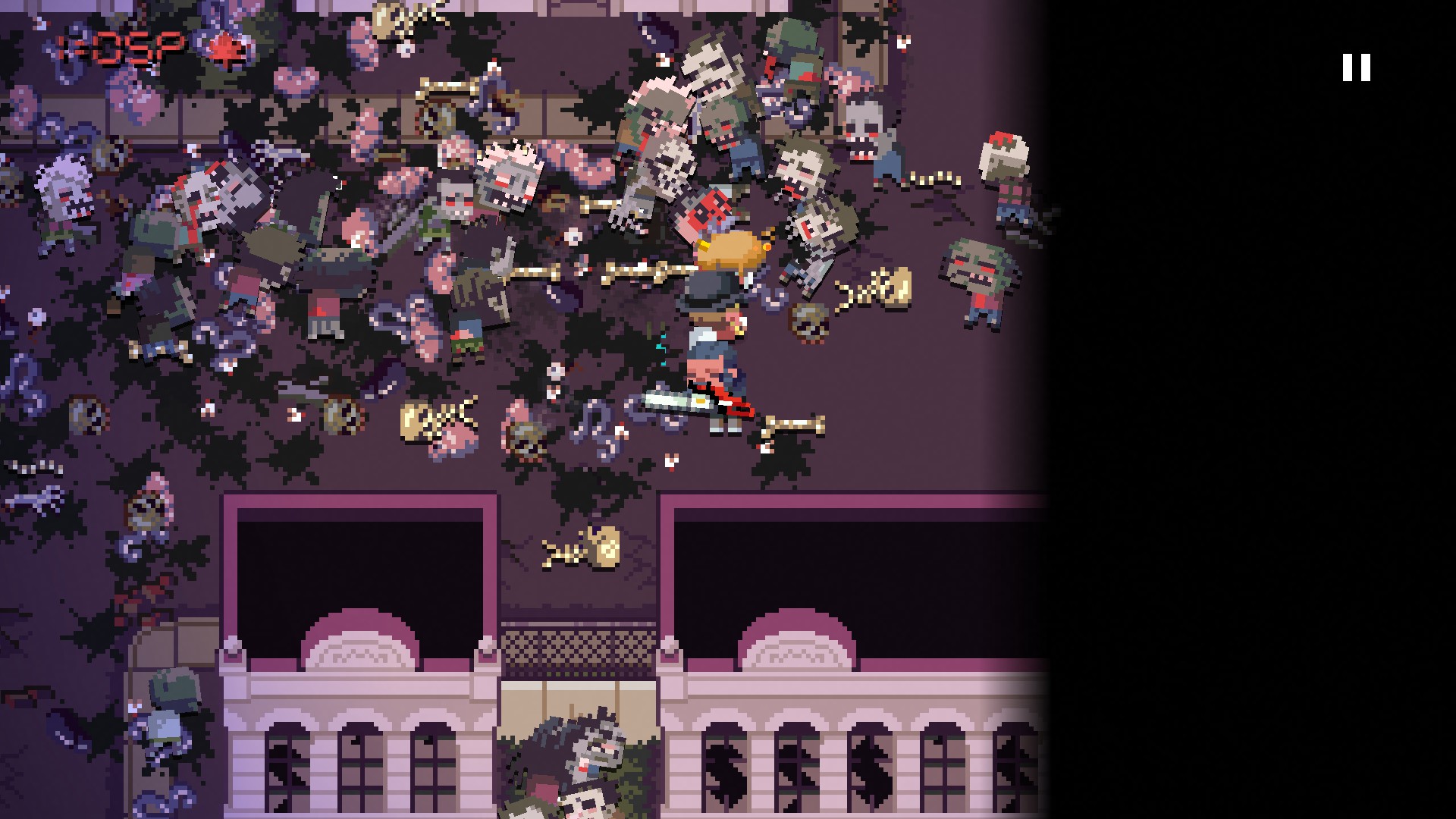 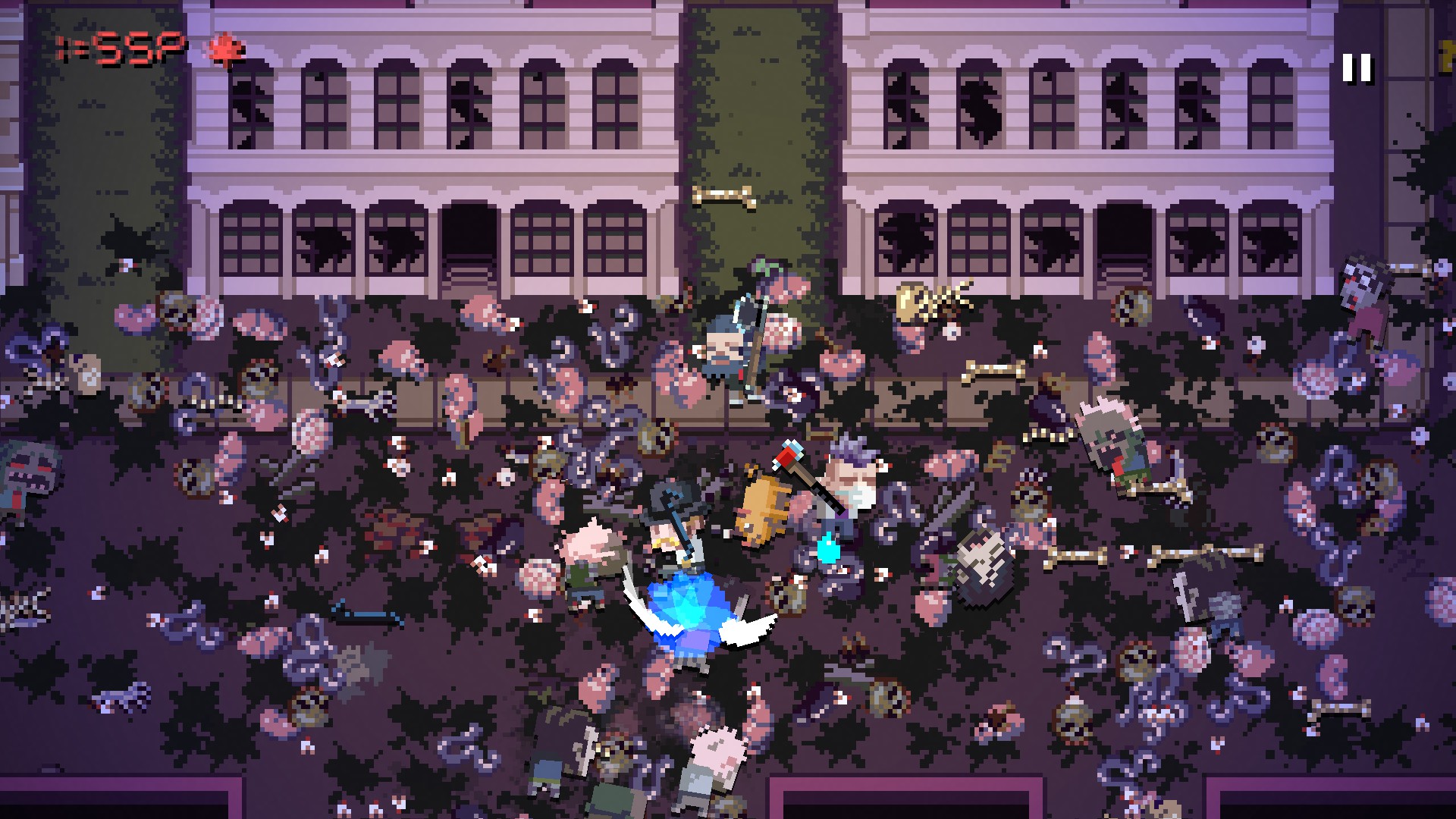 We stick to the streets to have more room to kite. Niku swings himself to exhaustion, swaps to the AK, fires a bit, then swaps back when needed. I use the chainsaw when things get out of control, but we don't even run out of ammo.

By the time the four hour siege is over, we've still got half our ammo and gas. I don't think I've ever had an easier final siege.

Of course, this is my first run that made it to the end since I cleared Long Winding Road mode, which ramps up the endgame difficulty, so. It probably feels a lot easier by comparison too. 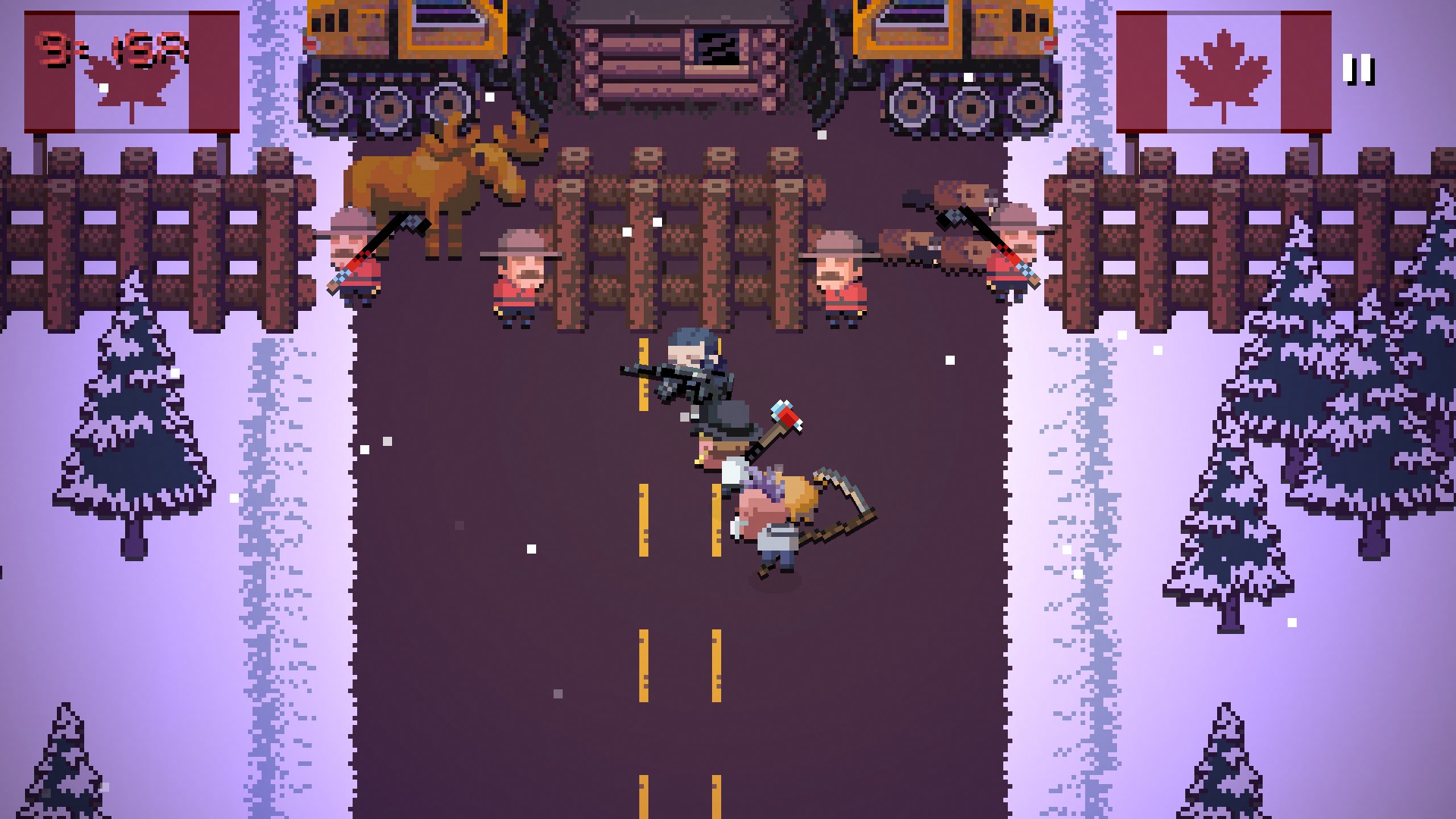 We pull up to the Canadian border. 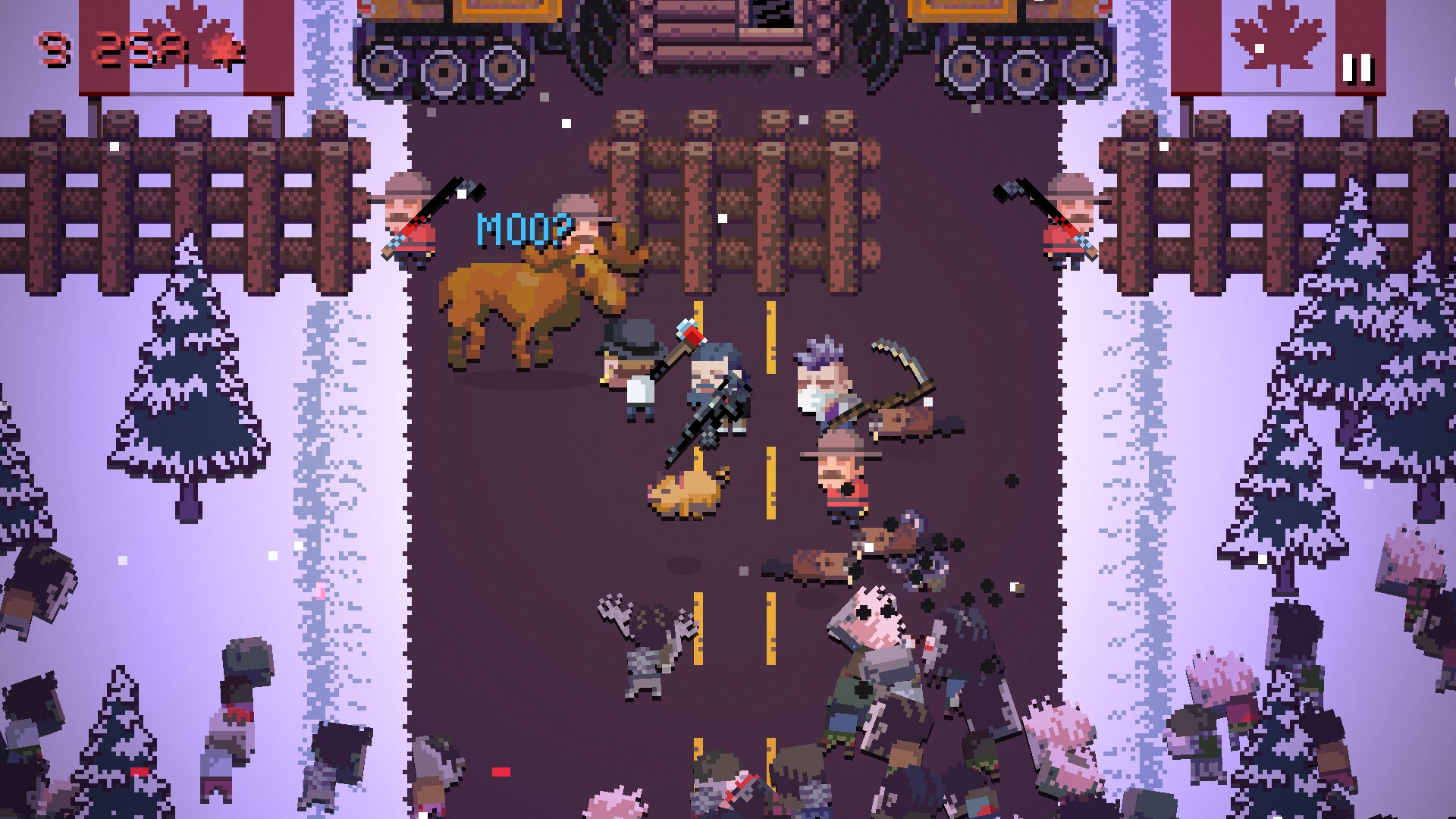 The horde closes in. 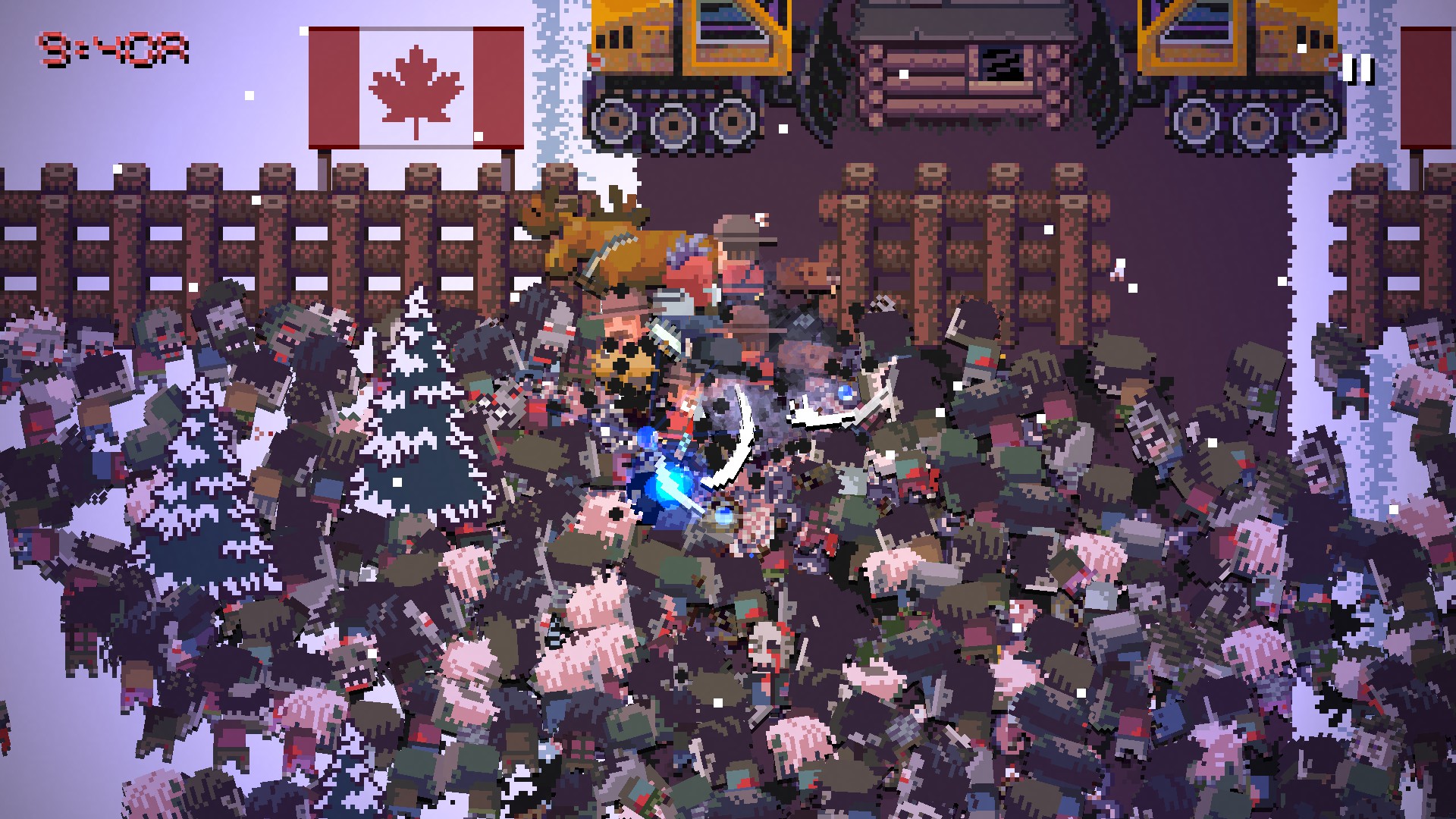 The chainsaw keeps the horde at bay as we wait for MechaMountie to come save us. 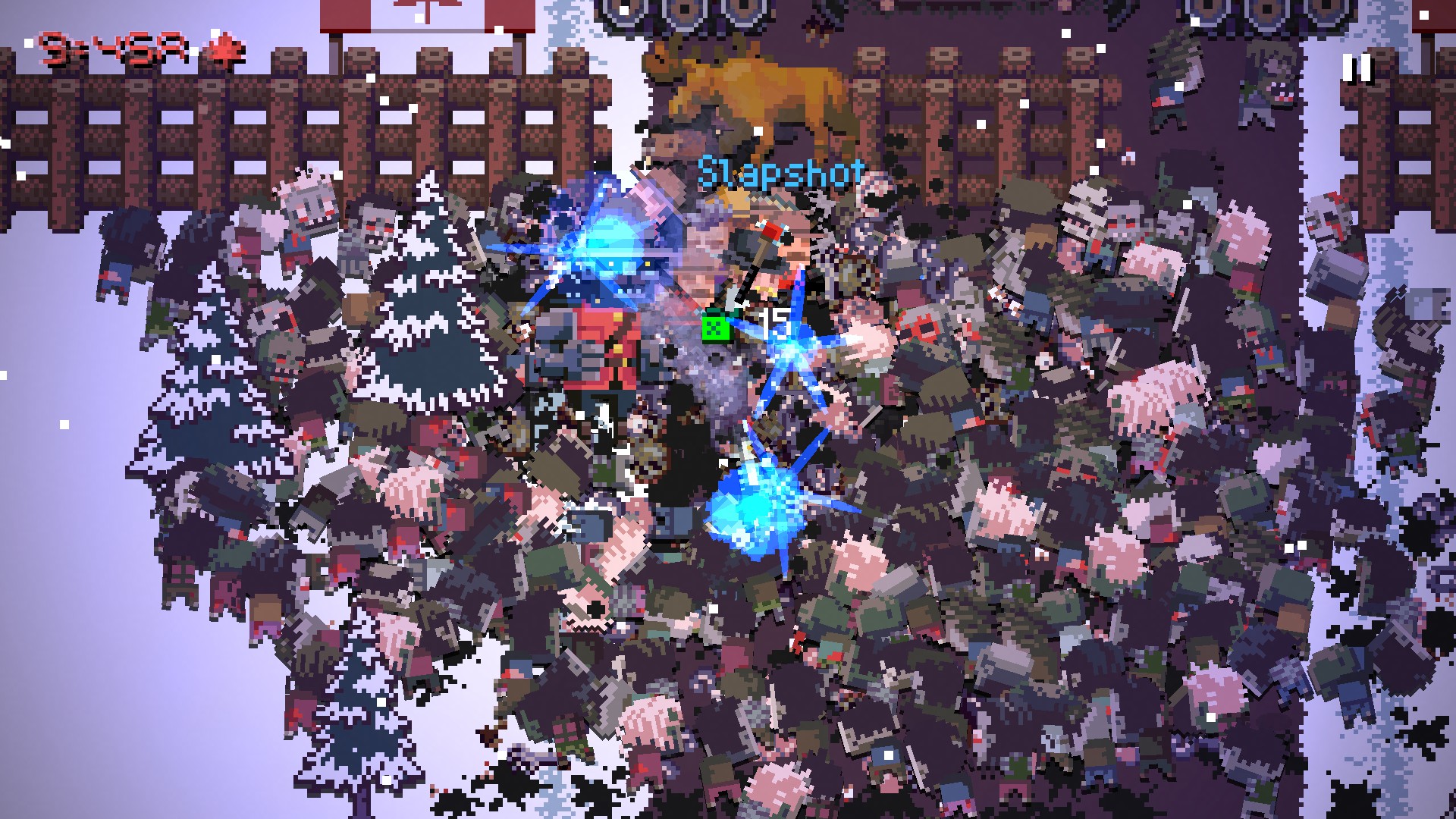 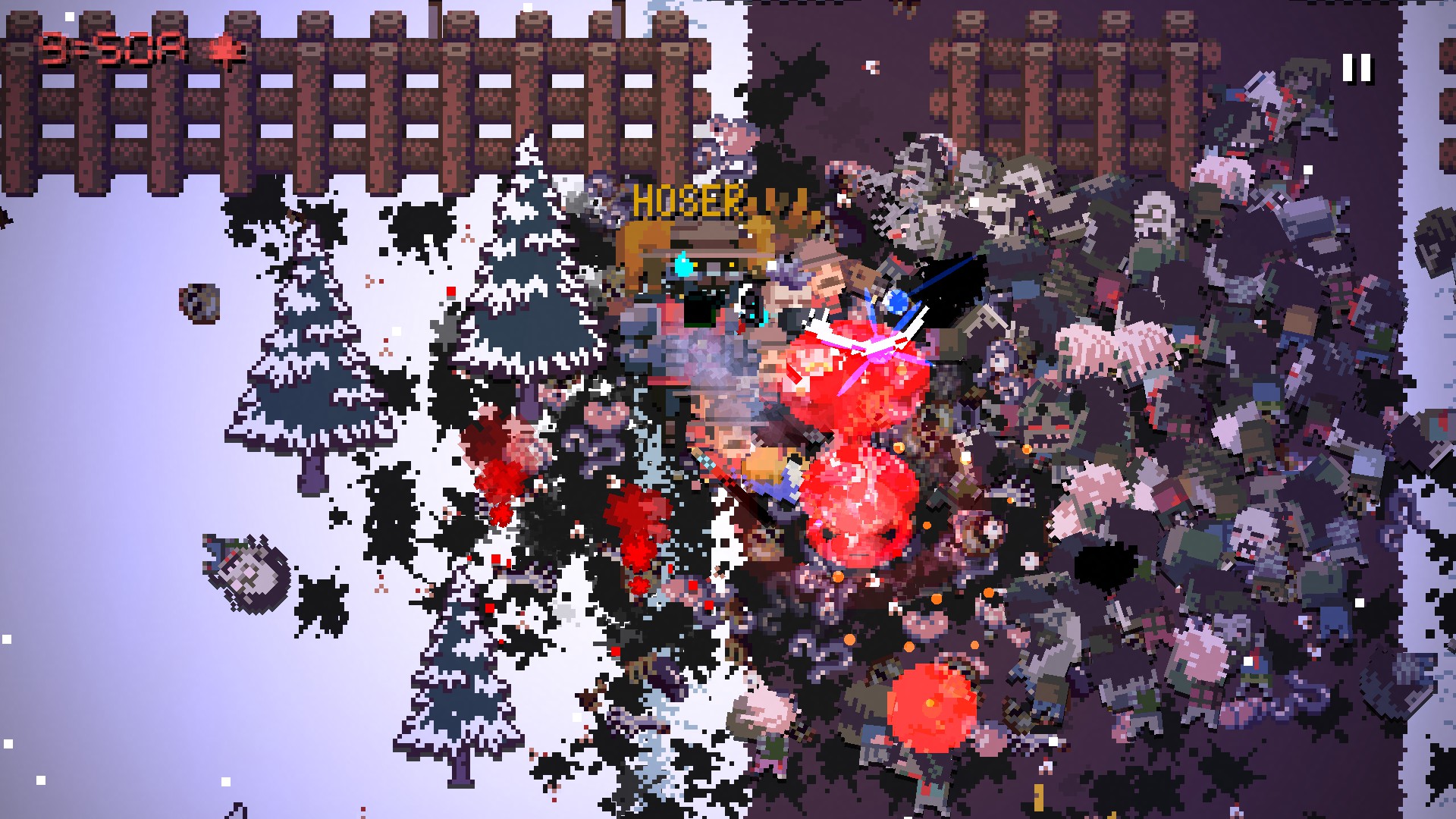 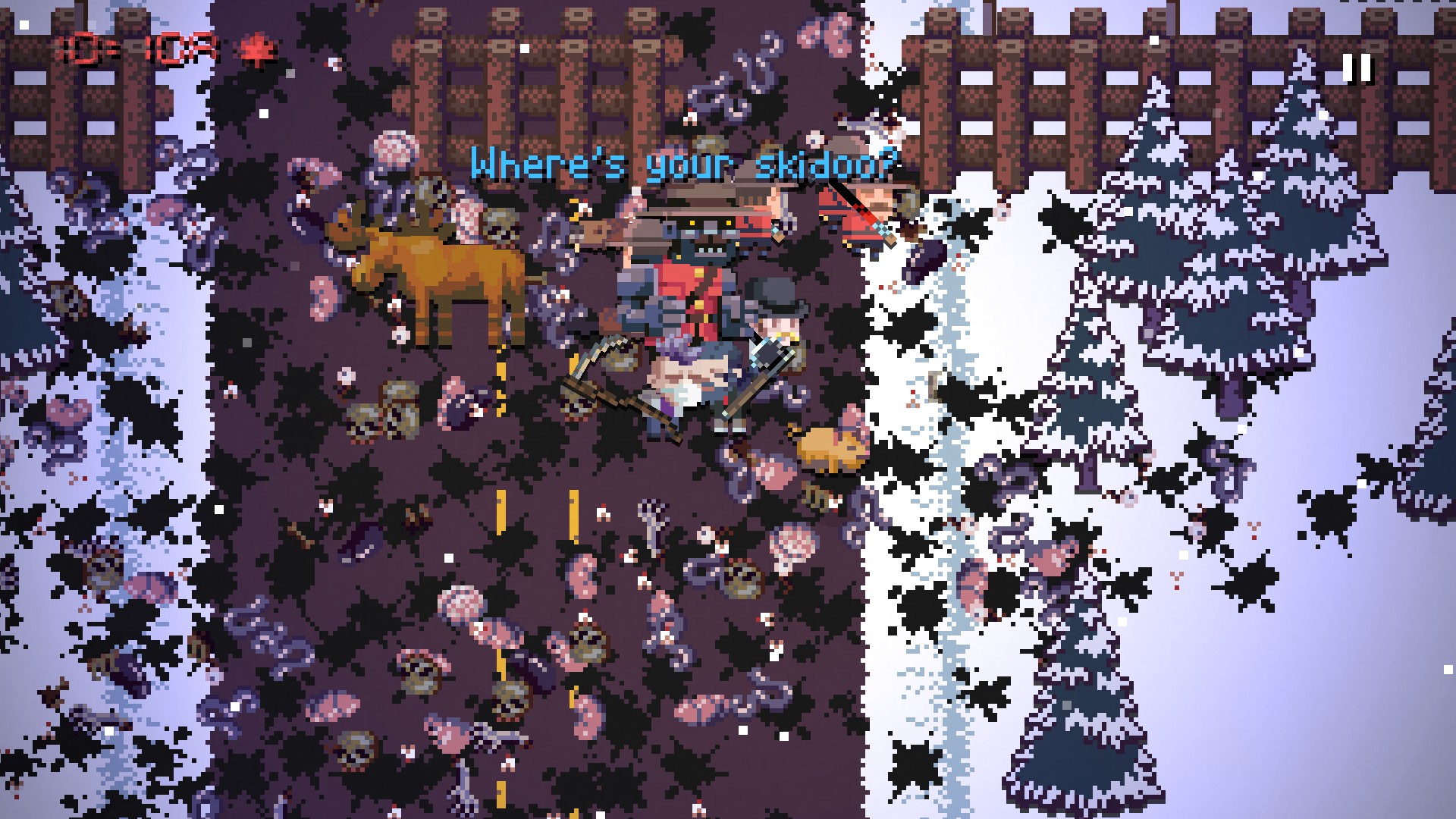 Several laser blasts later, the horde is reduced to ash. 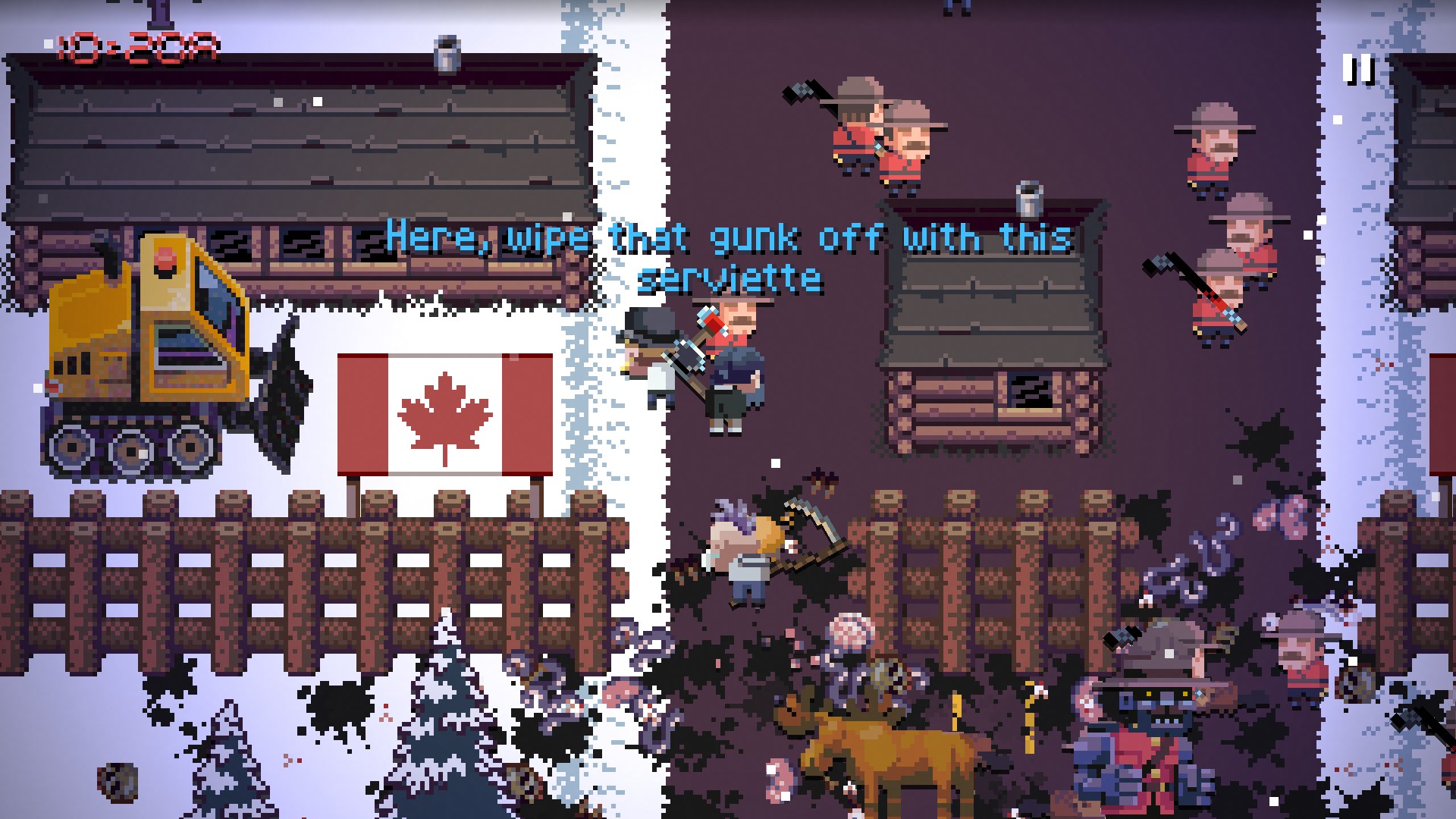 We check out some local flavor. 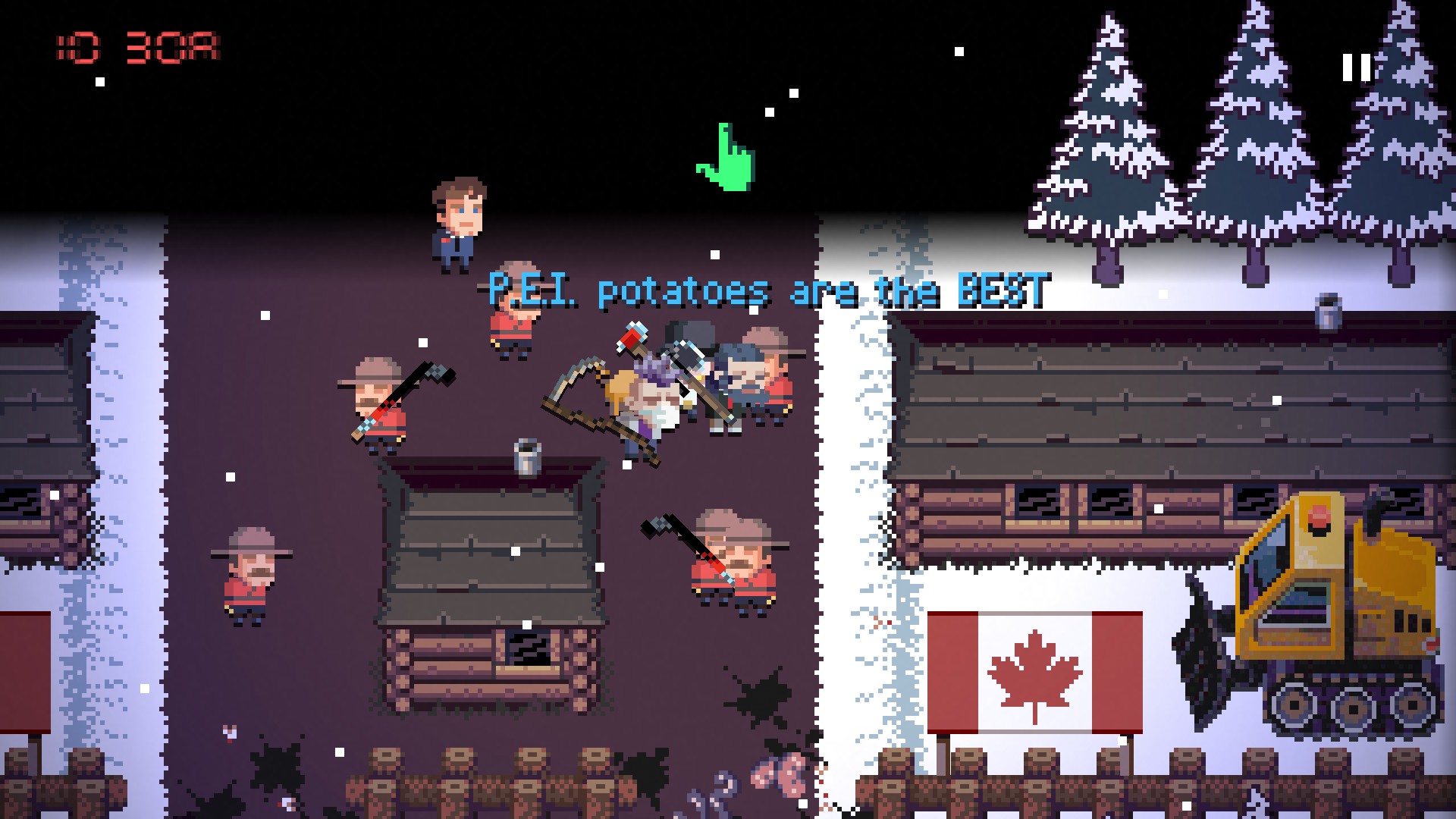 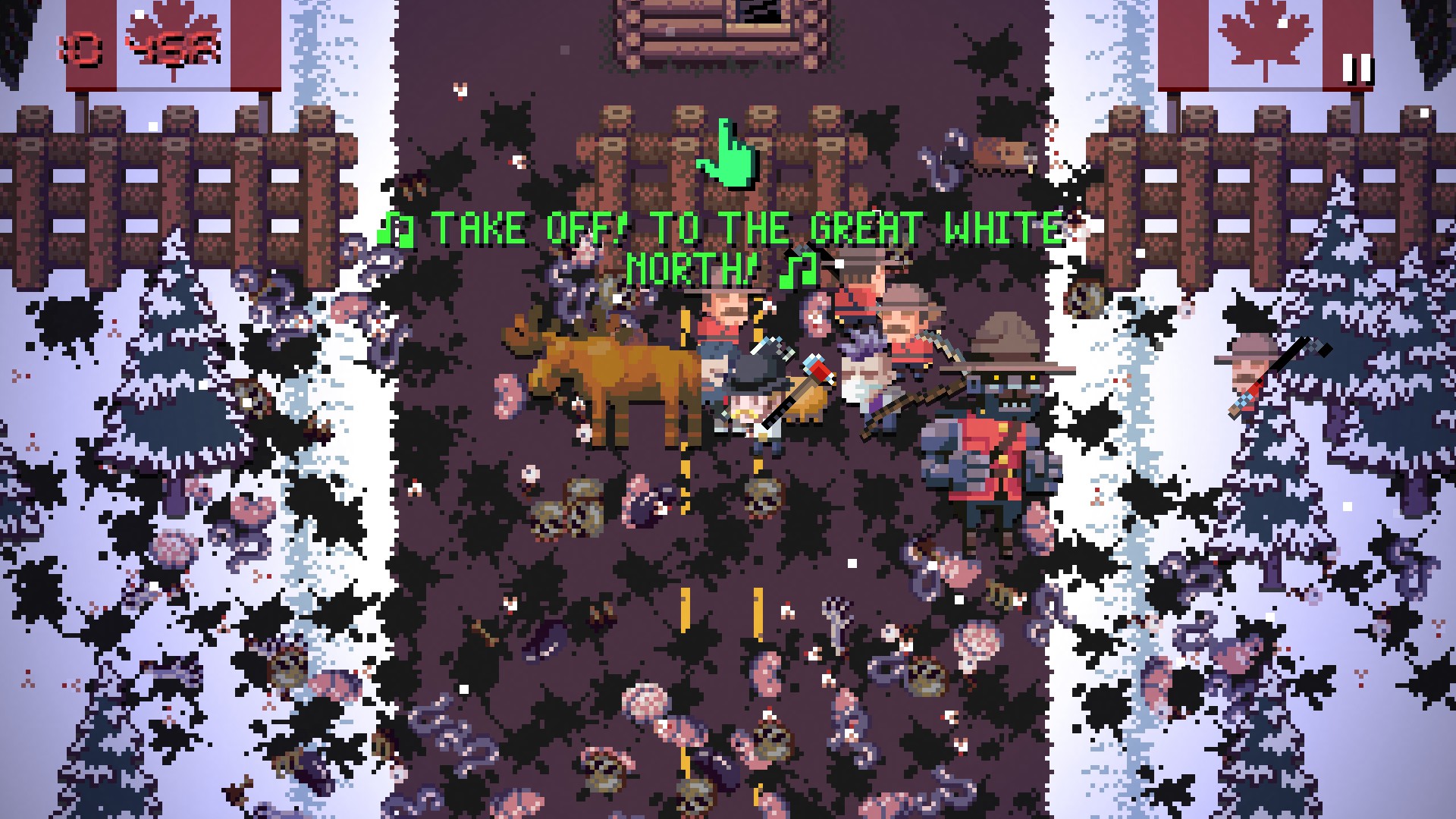 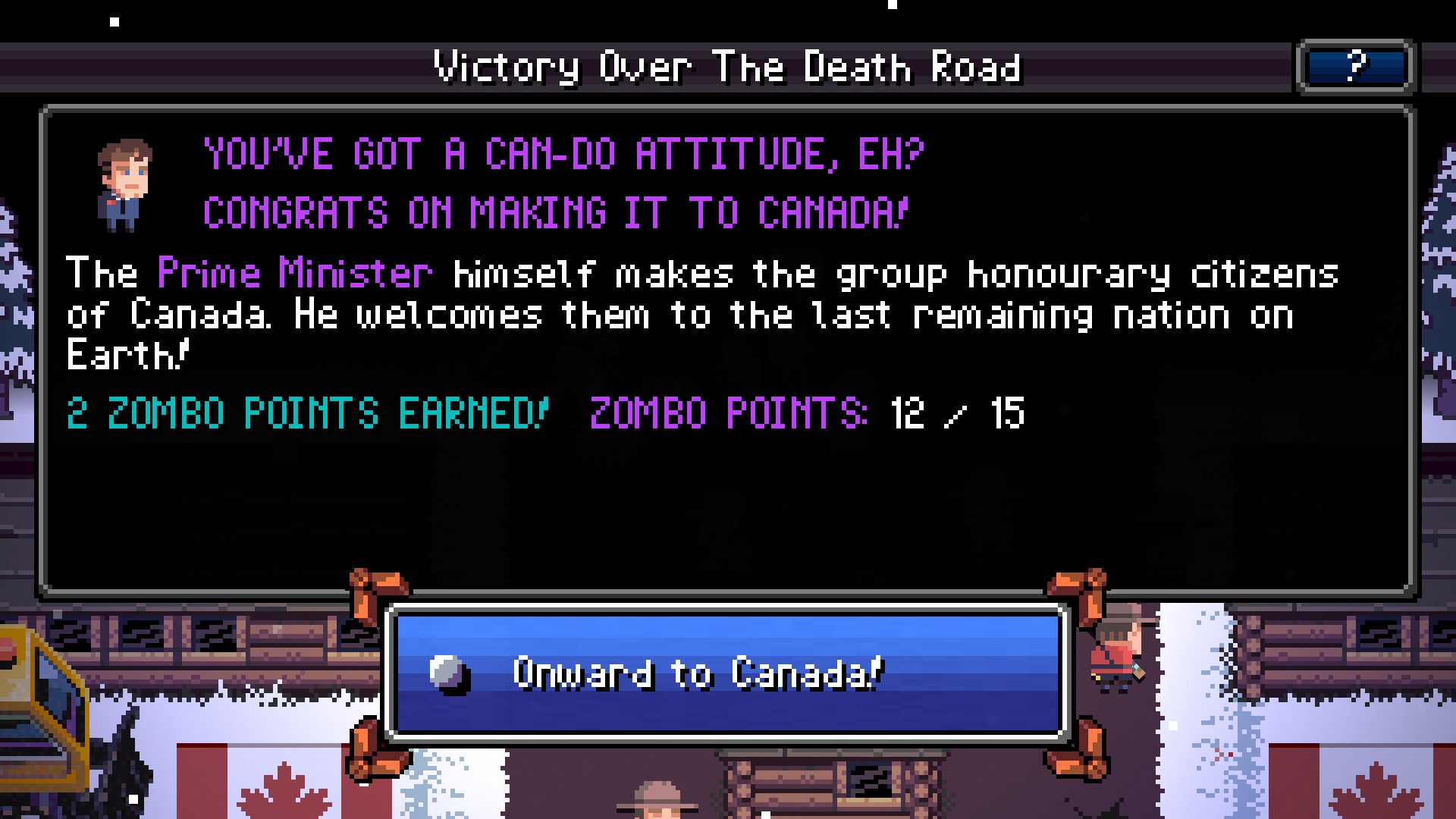 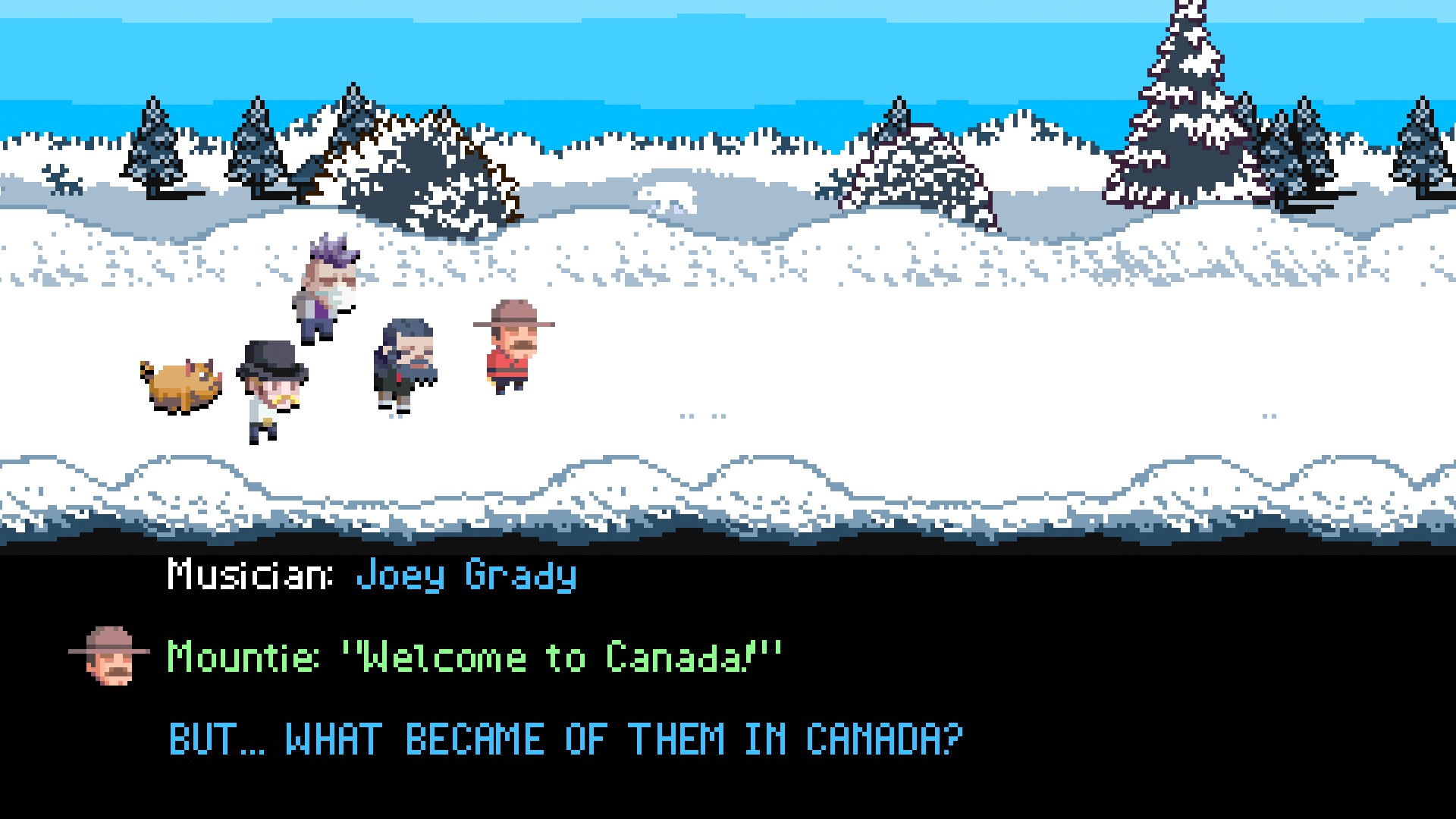 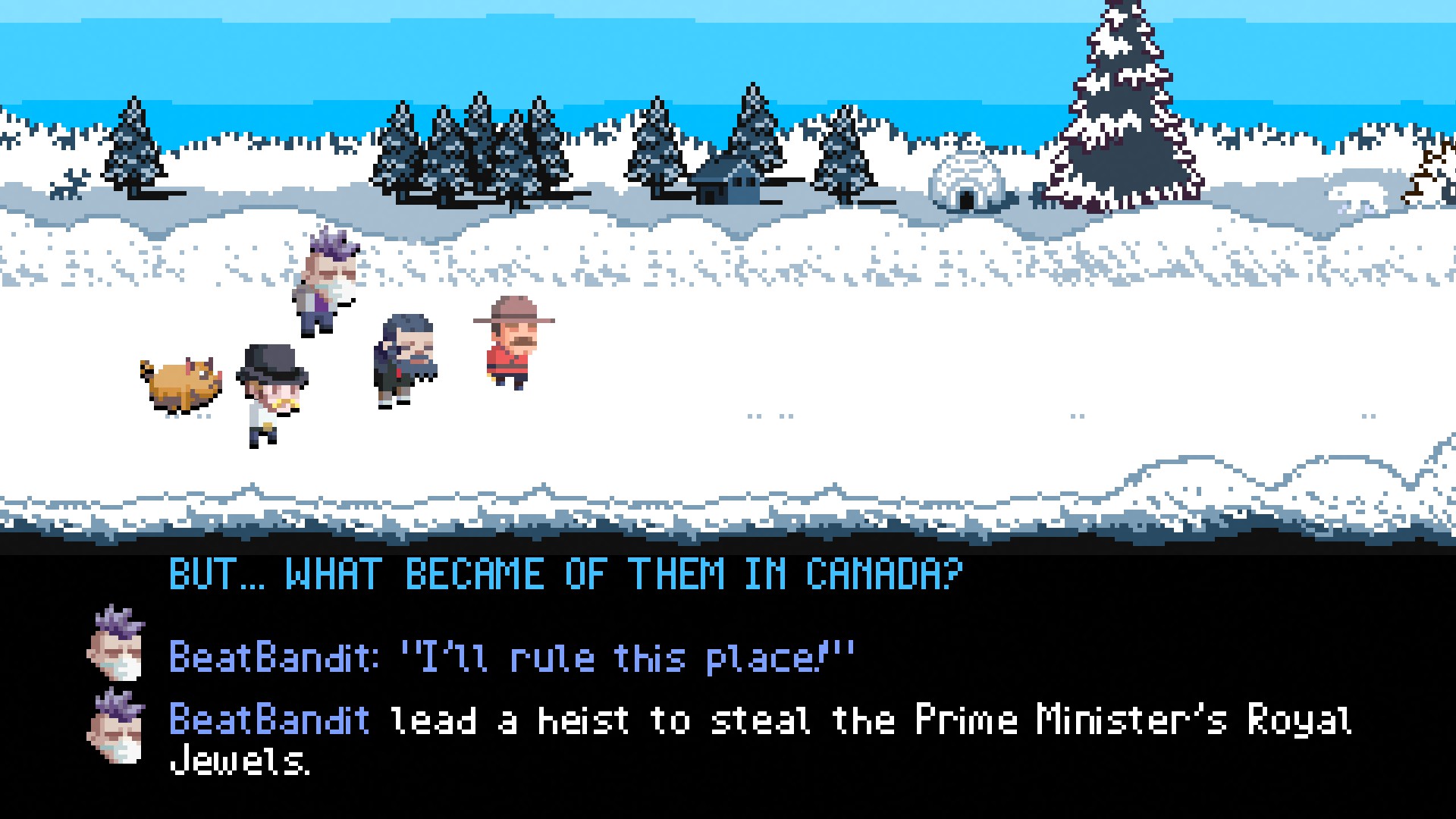 mharr: I knew it! You WERE evil all along! 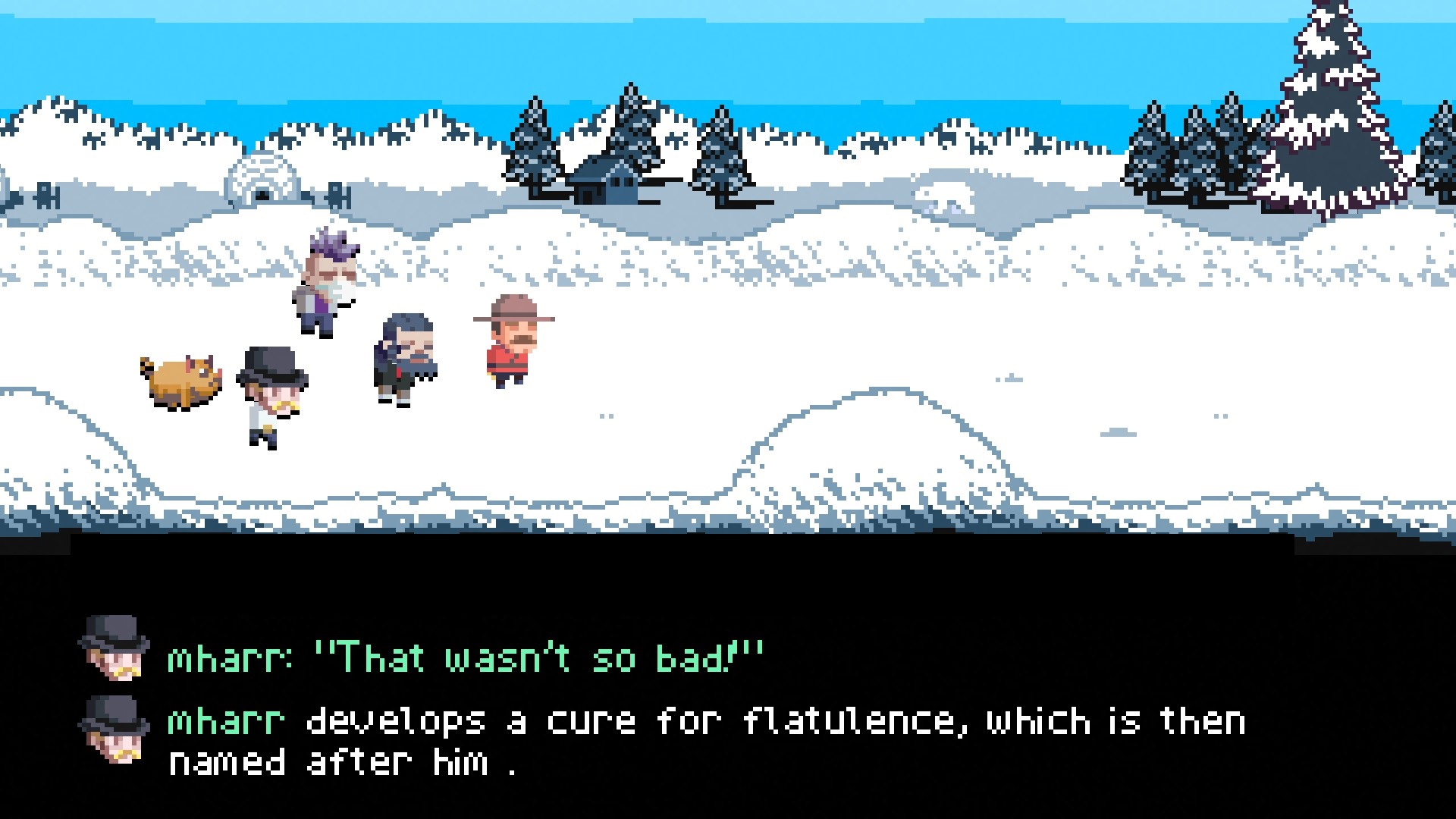 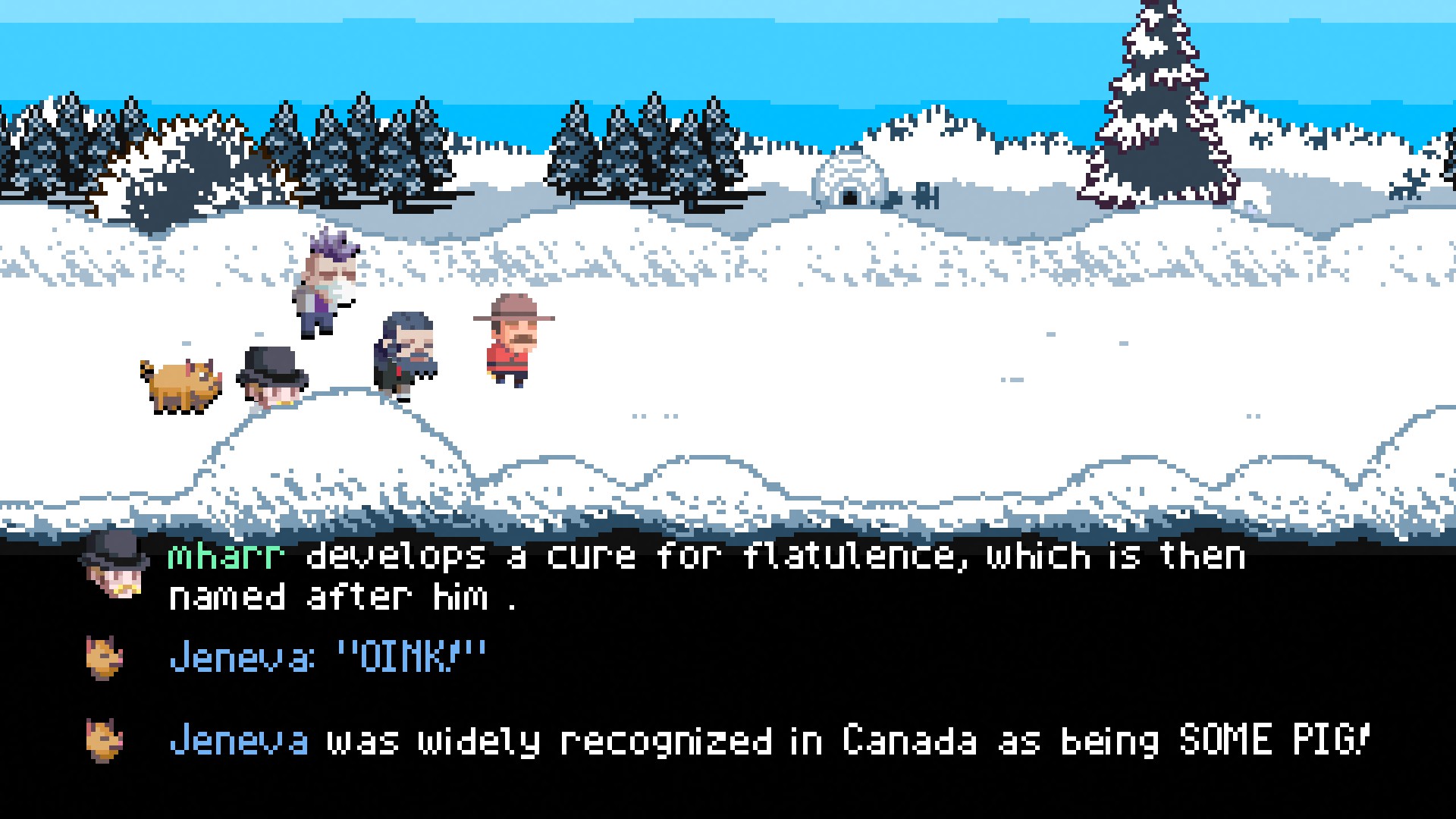 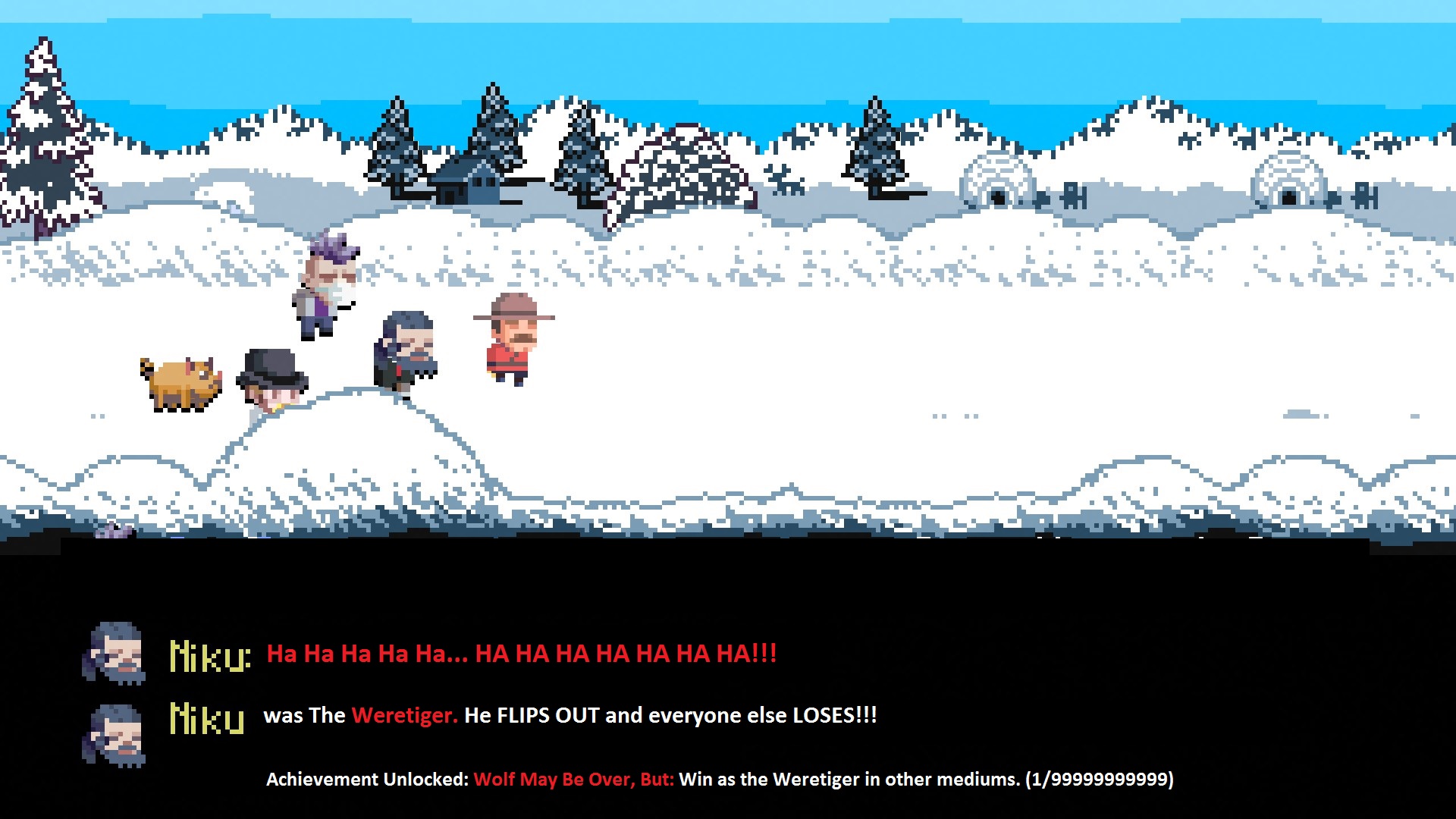 And with that, our run comes to an end.

Thanks for reading along!

And he's eaten two dinners ever since.

Man Niku is a weretiger? What a twist why wasn't that foreshadowed at all
Top
Post Reply
124 posts