okay, you win anime. I am now completely invested.

okay, you win anime. I am now completely invested.

Hayase correctly locates Naoto’s nipples on her first attempt and assumes Naoto will be too embarrassed to take his turn. When Naoto decides he will try Hayase becomes flustered, declares the game is over and escapes before he can take his turn.

If you want Nagatoro's nipples getting played with too, I promise you there is a litany of doujinshi for that.

Hayase correctly locates Naoto’s nipples on her first attempt and assumes Naoto will be too embarrassed to take his turn. When Naoto decides he will try Hayase becomes flustered, declares the game is over and escapes before he can take his turn.

It's an anime about a girl perpetually bullying a shy guy. If that sounds interesting to you, you'll find it interesting. If you have an innate sense of fairness and justice, you might find it infuriating.

For my part, I'm 100% having both of those reactions.
How fleeting are all human passions compared with the massive continuity of ducks.
Top

I actually have no interest in watching it, I'm just challenging Friday's PATENTLY MISLEADING description of The Quest for Nipple
pisa katto 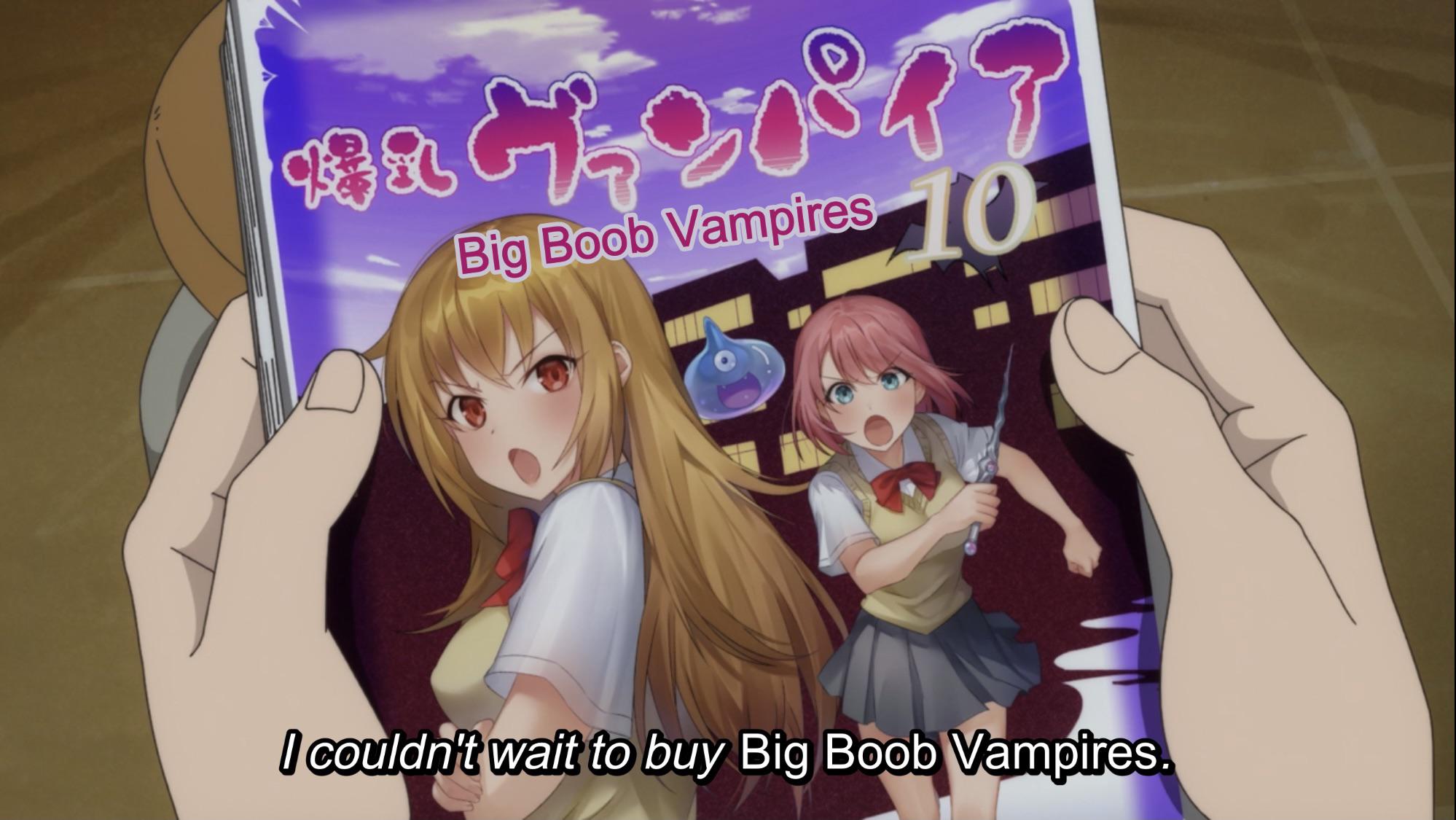 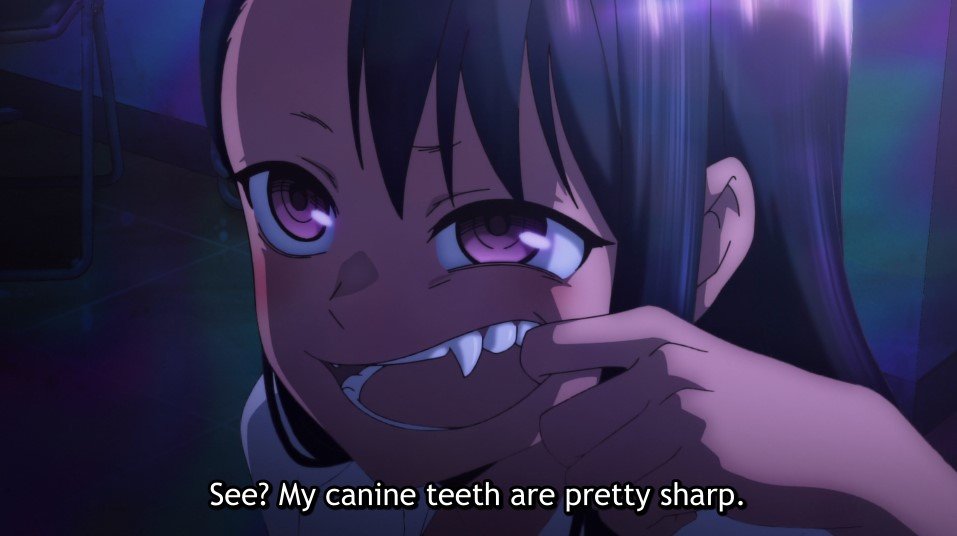 I got my second covid shot and got super de-duperdey sick and decided to spend that delirious state watching all isekai anime I've been avoiding like the fucking plague:

Full Dive has a pretty fun premise, where an unlovable failure shut-in hikikomori etc etc goes to buy the latest MMO, somehow fucks it up, and instead goes into a rickety ye olde game store and is sold the wrong game. It ends up being essentially Everquest, like, an extremely old, long-forgotten "full dive" game, which uses every part of the VR headset thingie they use, so you feel every single part of the experience. You physically get exhausted running from one location to another, getting hurt actually hurts, "using" an item like an herb is you just eating awful-tasting grass basically. That part gives way pretty quick to like a harem of three stock anime archetypes fighting over the protagonist and I just couldn't make it past the third episode where he is whipped by a pre-teen in dominatrix gear until he pisses and I assume creams himself.

Mushoku Tensei is tip to toe holy shit anime was a mistake. So it starts with a real end-of-his-life might-as-well-die ancient 35-year-old hikkomori, which, rendered in anime style, means he looks like an melting ogre. He straight up chooses to walk into a truck, dying, which reincarnates himself into a fantasy world as a now cum-brained baby to a mother with a huge rack that he immediately starts lusting after. We then see him start growing up until he's about 10, showing him creeping out the maid by stealing her panties etc etc. at which point his constantly-fucking parents hire a 10 year-old magic tutor which his father than pressures him into trying to get into the sack, so we're then treated to this now-45-year-old brained guy in the body of a 10 year old trying to romance another 10 year old. It's real rough stuff folks!!! I bailed after ep 5.

Sword Art Online is unwatchable but I do appreciate how fucking batshit the lore is for this show. Malvado and I plumbed the depths of the wiki and, among our findings: Your soul is transferred into the game via "fucklights" which put you into a realm where time passes at like 500x that of the regular world, the everyone lives like 30 lifetimes. It is later revealed that artificial souls are created by the MMO company and put into the game, where the toil and die, and remember that this is at an incredibly expedited rate so this MMO game company has essentially created a genocide machine, with countless wars occurring every 5 minutes and countless real souls expiring. Another amazing detail is that, at some point in the later seasons, the MMO goes live in the U.S.A. and instantly the world is overrun by bloodthirsty western MMO players who slaughter the innocent denizens of Sword Art Online wholesale. I love the second they opened the floodgates to the U.S. we cannot stop killing everything. Pretty wild.

KonoSuba: God's Blessing on This Wonderful World! is definitely the complete distillation of the isekai genre so it's like as bad as you can imagine. I think the saving grace is the occasional voice actor choice here, they play it fast and loose, but nothing can save this show from being terminally hornt. I made it to the end of ep 2.

That One Time I Got Transformed Into a Slime is generally pretty cute, I think it's just aimed at a much younger audience than me. I'm still slowly watching this off and on. It's not good - the main guy instantly becomes absurdly overpowered - but I dunno it's pleasant enough to have on on one monitor while you do something else.

Ascendance of a Bookworm seems really comfy so far, I like it. Haven't gotten far enough to really make a call yet but it's got me interested enough to keep going.

This show rules, I'm hooked. First, it has a female protag who in her old life was an unlovable failure shut-in hikikomori hag etc etc and her entire classroom explodes in the first FOUR SECONDS OF THE SHOW KILLING EVERYONE and THAT'S IT, they don't waste any more time on that part of the isekai formula, she's a spider within the first 20 seconds of the show. She's basically garbage-tier MMO mob spider who must then survive in this high-level raid dungeon by the skin of her teeth.

For the most part, that's the show, she gets in battles with various monsters in the dungeon and power-levels. I'd say the draw here is that the main character is a delight, both in the dub and sub, and you end up rooting for her as she goes up against certain death again and again. Typically she'll lose half her limbs, and manage to heal by hitting the next level - makes for some pretty fun encounters.

There is also a weird b-story adapted from a later light novel that follows the rest of the students as humans and it's like, :/

Some fun there with a bully girl who came back as a baby dragon which I enjoyed, but then she gets a human form and the character is kinda ruined.

Anyways, plot seems pretty enjoyable for an isekai. It jumps between timelines, the larger story isn't amazing but it's at least keeping me guessing. I wish they'd ditch this human-world stuff and focus on Spide, but, it's not too much of a distraction.

So that and the Bookworm ones are the shows I'm sticking with.
tumblr | twitter | wingnut circus | youtube

"THIS IS THE SUBJECT OF THIS SHOW, THIS SPIDER, RIGHT HERE"

It's kind of hilarious how isekai writers have gravitated to just killing the protag off ASAP and making the isekai world some sort of afterlife with zero explanation at all. Like, they've reduced it to as little preamble as possible while still technically being an isekai, such that they're just writing fantasy (or w/e genre) with a 4th wall breaking genre-aware protag.

In-universe lazy losers would actually make for better characters than the hikikomori losers who are the protags half the time, if they just shed that entirely. Though based on how horrible most of these sound, there's no saving them anyway.

I'm not surprised Spider is turning out to be good, since the protag is the opposite of special and survives by fighting genuinely hard battles as nothing more than an ordinary a mook. That's a way healthier foundation for a protag than the usual lazy fantasy garbage.

Apparently The Devil is a Part-Timer is getting a second season. I watched the first couple episodes and enjoyed the reverse-isekai where the evil demon king and half-angel hero get sucked into the real world and have to work flipping burgers and manning a call center

anyway, the isekai genre is just eschatology for aging atheist otaku which is why the protagonists always die at the start rather than going through the wardrobe. it's honestly a little sad

why can't isekai go the OTHER way, though

I like the implication of the game's code working the way trukks etc. work in WH: They really are just piles of random junk which shouldn't work in any way, but they do because the Orks believe they do.

I thought the "got hit by a truck" isekai opening was basically a joke at this point, like starting a story with "it was a dark and stormy night". 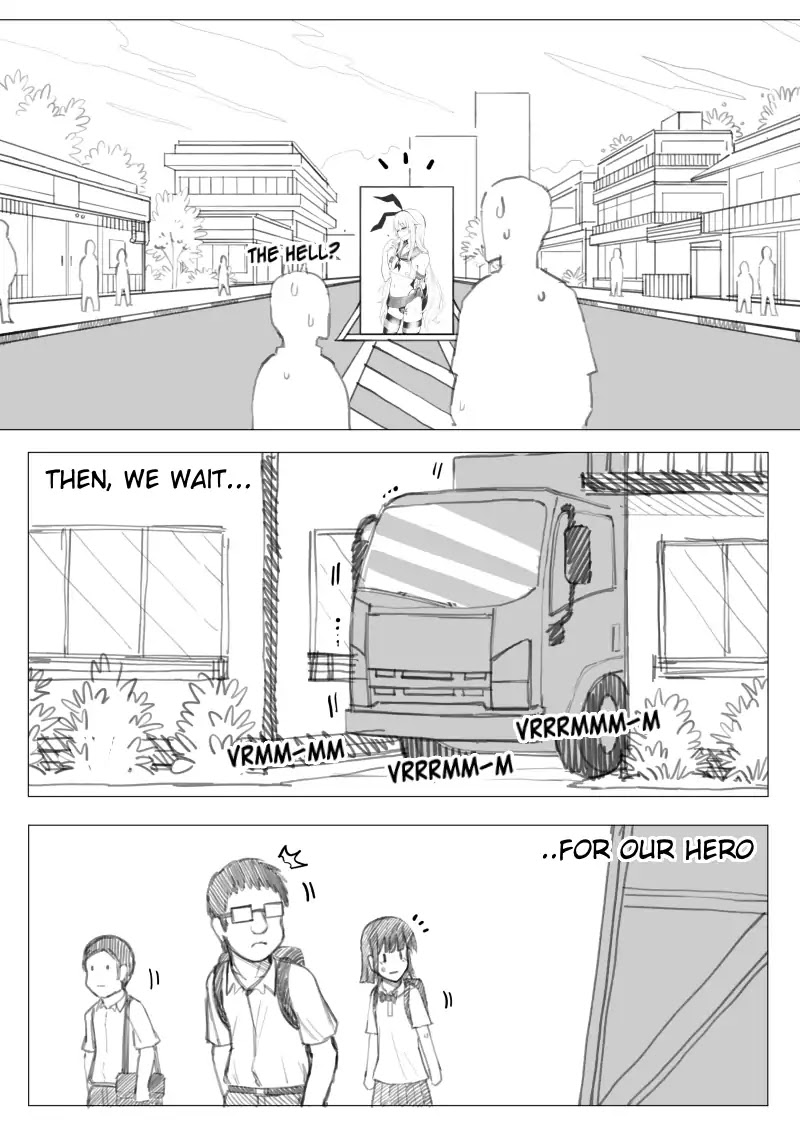 Okay buddy, you got my attention.