Still working my way through Wolverine and the X-Men. Episode 12, "eXcessive Force", is another solid entry in the "Cyclops isn't the leader anymore because he's a goddamn mess" category.

Cyclops encounters one of the Marauders on the street and becomes convinced that Mr. Sinister has Jean. (He does not.) From there he goes off half-cocked, gets into multiple very public and very destructive fights, and then walks into a trap that the X-Men have to save him from.

It reminds me a fair amount of the early-aughts TMNT comic, where Raphael had grown up into a pretty chill, laid-back guy and Leonardo had become an obsessive loner. I like that irony, that shifting dynamic. People change, relationships change, and a good story can show you a very different version of a character from the one you've seen before and still make it make sense as a logical progression.

Also, Cyclops is a character who is frequently depicted as being boring as fuck. This show made an effort to make him interesting, and it succeeded.

I'll also add, since I was talking earlier about how I don't like most of Cyclops's costumes, that I think this is a pretty good one. 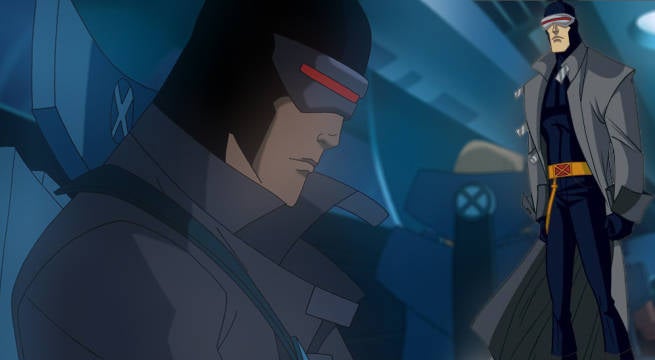 It's not perfect -- I feel like the clasps on the jacket make it a little too busy, and what's the deal with the asymmetric yellow stripe on his leg? Is it a wallet chain? Did he see '90s Storm's asymmetric yellow stripe and decide he wanted one too? -- but I think it's one of his better ones. I've said it before, but a jacket really does improve his costume.
Top

The X-Cellent #1 is decent. The Allreds put in great work as always. The writing feels a little rickety, though I think a lot of that can be chalked up to having to awkwardly reintroduce the characters and the premise because it's a continuation of Giant-Size X-Statix, which shipped in 2019.

It's not the kind of exciting breath of fresh air that the original series was; it couldn't possibly be, twenty-plus years later. But it's got a few incisive observations about the modern world and modern celebrity, including villains who push disinformation to get clicks and follows. And it goes in for a little bit of pomo deconstruction, with the A observing in one scene that the appeal of X-Statix is its high bodycount and their newest member (who doesn't even have a superhero name) is just there to be cannon fodder.

It didn't blow me away but it was solid. Looking forward to seeing where they go from here.
Top

Just watched "Guardian Angel", the Archangel episode of Wolverine and the X-Men.

On the whole I think it handles Warren's transformation better than the '92 X-Men did.

The thing X-Men '92 got wrong was...why does Warren want the cure? Rogue I get; her power is horrifying. Cyclops? His powers are a burden; he'd give them up in a heartbeat if not for his sense of duty. Any given Morlock? Obviously.

But Angel? Angel's power is awesome. Flight is the kind of superpower people dream of.

For all its faults, X-Men 3 does a better job establishing why Warren would want the cure: it's not his idea at all; it's pressure from his anti-mutant father.

W&tXM follows that prompt, and hews a little closer to the original story in X-Factor: someone Warren trusts has his wings amputated against his will (Cameron Hodge in the comics, his father in the cartoon) and he agrees to become Archangel out of trauma and desperation. (In this version it's Sinister who converts him, not Apocalypse. I feel like that doesn't quite fit the theme, but I also feel like introducing a new villain at this point would overstuff an episode that needs to center on Warren as a character.)

It's also incredibly fucking dark. This is the kind of story that X-Men '92 couldn't do because it would never have flown in a children's cartoon on network TV, and I'm kind of surprised it did even on cable in 2009.

All in all, pretty impressive as an adaptation of a story I never particularly liked. My one gripe is that Warren and Storm as a couple came out of left field; I don't remember any hints of it in previous episodes and it really should have been introduced earlier.

It's not really fair to compare X-Men '92 to Wolverine and the X-Men, because the latter wasn't operating under the same network constraints, and because it never would have been made in the first place if not for the former. But it's interesting to see all the ways it takes a different approach from the earlier series.
Top

Finished Wolverine and the X-Men.

To briefly summarize: it's good! You should watch it. It's an X-Men series by the same team that would go on to do Avengers: Earth's Mightiest Heroes. (And if you haven't seen that, you should watch it too.)

It's a shame that there's only one season, but it gets a satisfying ending. Yes, there's the requisite cliffhanger leading into a season 2 that never comes, but they wrap up the season 1 arc first.
Top

Is anyone keeping up with the current X-Men comics? The Krakoa era?

I think it's probably the best the comics have been for at least a decade, and one of the freshest things Marvel's doing-- both in concept and with Hickman's "writer's room" model.

Wondering what people's thoughts were.
Top

I haven't been a regular reader of X-Men comics since the '90s. I picked up one of the early Hickman issues (I think it was Powers of X #1) and found it impenetrable; it read like ODY-C with its multi-page timeline.

There's clearly some good stuff in there -- I like Hickman, and like I said, those pages Zara posted looked great -- but what I read was slow and confusing and daunting and after that I wasn't really sure what book(s) I should be picking up that would be more my speed.

Which I guess is probably how normies feel about DC and Marvel comics in general.
Top

Oh no! I tried looking back to see if anyone had mentioned it, I somehow missed it.

I totally get how HoX/PoX can have that effect. It is, after all, a comic with a bunch of graphs in it. If you ever get a chance to grab the collected trade of Hickman's HoX/PoX, I would still recommend it. It may make more sense as one collected story. The fiiiifth issue of one of them (they both blend together) is one of the best X-Men issues in a while. Beautifully paced. Very effective.

As far as keeping up, well, yeah, it's a crap shoot. So expansive. There are some really killer storylines in there, but there are so many titles now, it's hard to keep up. I guess it's good for business, but it's big hill to climb.
Top

Crick wrote:Oh no! I tried looking back to see if anyone had mentioned it, I somehow missed it.

Appears I was mistaken; it wasn't this thread, it was when we were talking about the X-Men cartoon over in the animation thread.
Top 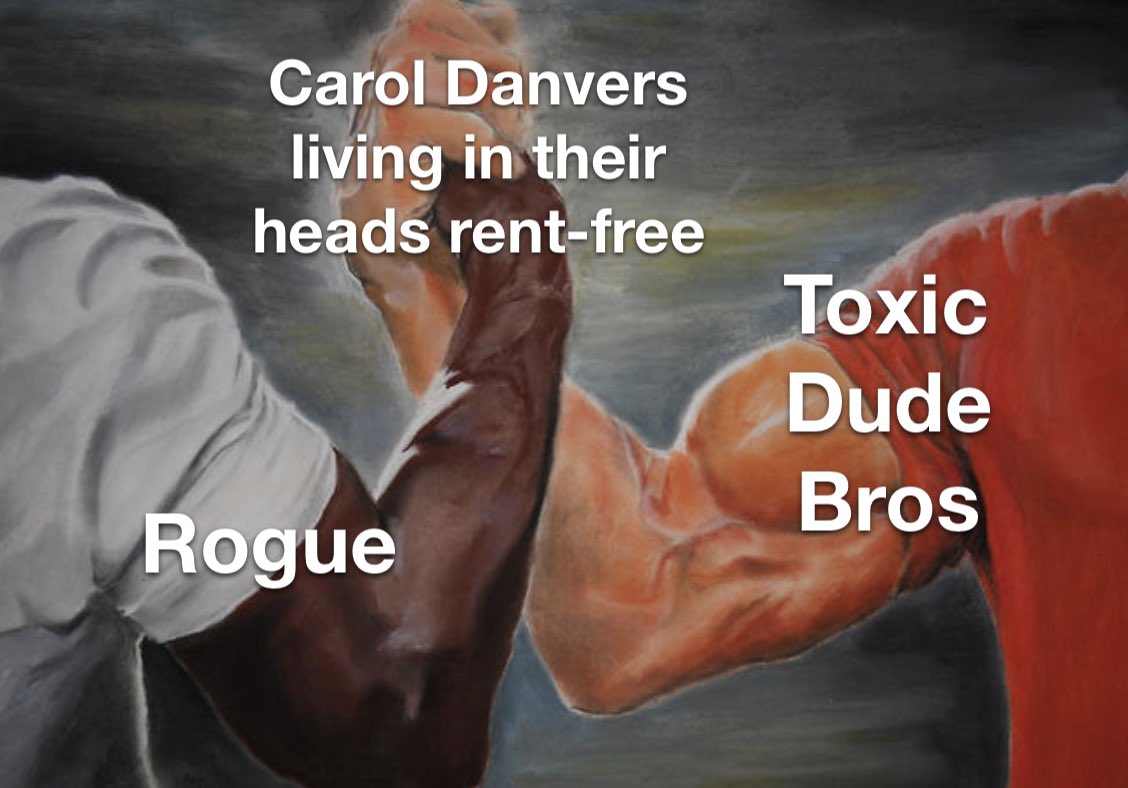