Dinobot's death and resolution of his arc, while absolutely great and my favorite thing, marks the start of me beginning to lose interest in the show. A Kamina moment, you could say.

I'd say Code of Hero is the high point of the series, but I remember the remainder of the series after that being pretty solid too. The Tripredacus Council sending Ravage to bring Megatron in, his switching sides on finding out what Megatron is doing, the big reveal of the Ark and the cliffhanger finale where Megatron shoots Optimus Prime in the face, and then season 3 with Depthcharge and his vendetta against Rampage, Blackarachnia's arc where she initially helps the Maximals out of simple self-preservation but eventually switches sides, Dinobot 2 and his eventual turn against Megatron...and a shockingly high bodycount in the last 3 episodes. (We've got, what, Depthcharge, Rampage, Tigerhawk, Dinobot 2, Quickstrike, Inferno, and Tarantulas? Is that right?)

And I always related to Silverbolt. Something about a hopelessly-naive cornball who spends most of his time clumsily chasing after a woman who is most definitely not his speed really resonated with 16-year-old me.
Top

Yeah, it just sucked to lose my favorite character, even if he went out like an absolute boss. I had a similar reaction when the Hound "died" in GoT.

I even liked Beast Machines okay, or at least a lot more than most people seemed to.

Speaking of fugly character models, that's one of the things I don't like about Beast Wars season 2. Optimus's design is terrible. The purples and oranges and browns, the inexplicably pointy teeth, and he turns into a shiny blue gorilla with a Christian Slater circa 1990 haircut. (Gotta admit I like the surfboard, though.)

Cheetor fares better; at least his robot mode looks fine. His beast mode, well, what the fuck about it says "cheetah"? It's not yellow and he doesn't have any spots. The fuck?

Rattrap fares better than the other Transmetal Maximals. His robot mode is great. I really like the inversion of his season 1 color scheme. And his beast mode is fine -- I particularly like the recurring visual of Dinobot riding him all scrunched up and hating it -- but it's a lot less expressive than his season 1 model, which is a problem for a character like Rattrap.

The Predacons fare much better. The Transmetal versions of Megatron and Tarantulas both look great.
Top

I started to lose interest in Beast Wars after Dinobot's death too but honestly I think that's because they changed the time slot and the show had become way too sequential to follow. Which is how I lose interest in pretty much everything now.

Thad wrote:he turns into a shiny blue gorilla with a Christian Slater circa 1990 haircut.

Okay it's a helmet. It's a helmet shaped like a questionable hairstyle choice. In the grand tradition of Megatron's mullet.

The problem is it's too dark and it's too close to the color of his face. You can't tell what it is until you get a good close 3/4-view shot. Which you really don't until Other Visits Part 2, some four episodes after the design is introduced.

They should have made it a lighter color, maybe used the silver or white that we see in other places on him. That wouldn't match the color scheme on the toy, but fidelity to the source material is secondary to visual coherence. (And cartoons have been changing Transformers' color schemes since they made Optimus Prime's eyes blue instead of yellow.)

An aside on different designs working in different media: I remember seeing the box art for the PS4 Spider-Man game and wondering what the fuck was up with the costume design; I really did not like the giant white spider emblem. But once I actually played the game -- and spent a little time switching back and forth between the classic costume and the new one -- I got it. The new costume works way better in the game; the giant white spider emblem draws the eye and makes it a lot easier to see what you're doing in crowded, zoomed-out fight scenes and such. I'd find the costume off-putting if they used it in the comics, but it's a big improvement in the game.
Top

NGL I really want to see Wolverine in the yellow costume whenever he eventually shows up in the MCU.
Top

NGL lie I really want to see Wolverine in the yellow costume whenever he eventually shows up in the MCU universe.

Observe proper meme etiquette, Thad. You were a mod, you have to set the right example.

also yeah me too

I find it pretty weird that that hasn't already happened, even considering the fact that the rights to the X-Men were under different ownership for so long.

First Class went in on the oldschool Kirby designs, but since it was a prequel to the movie where Wolverine joins the X-Men, he didn't join the team.

Not that he wasn't asked.

And then in Days of Future Past they got rid of all the cool costumes (and killed most of the cast).
Top

Thad wrote:(Dinobot neglects possibility 3 -- that the timeline obeys Back to the Future rules and if you change the future, the contents of any artifacts you have from the future will also change to reflect the new timeline. In which case the Golden Disks' record of the future would work for repeated use. Sloppy, Dinobot.)

Not much to add about Code of Hero that hasn't already been said. A pretty goddamn impressive piece of half-hour toy commercial, that one.

But it got me thinking of the rejected third-season episode, Dark Glass:

Rattrap salvages a computer bank from the Axalon and in its circuits he and Rhinox find the Core consciousness of the old DinoBot (which as you will recall DinoBot downloaded in a previous episode). Rattrap gets obsessed with the idea that he can restore the old DinoBot by getting it into the new Dinobot's systems. Rhinox tells him this will probably not work, as core consciousness without a spark is only an illusion of the person to whom it belonged. And if it didn't work, it just might give the new Dinobot all the old Dinobot's datatrax on the Maximals which could give the Preds an advantage. Optimus thus forbids the attempt. But Rattrap defies this order, sneaks out and at much risk to himself, does manage to get the core consciousness in place. For a moment the old DinoBot does seem to emerge but as Rhinox warned he is only a shadow of his former self and must do everything he can to keep the new DinoBot from regaining control of his body, a weird mental struggle which would have been fun to animate. The old Dinobot knows he is doomed to lose this struggle and tries to "sacrifice" himself again by infiltrating the Preds and taking out Megatron before he can complete his master plan to destroy the AutoBots. It doesn't work and the New Dinobot regains control of his body only to be blasted by Megatron. Rattrap comes to accept that his old pal is truly dead and realizes he cannot bring him back. However he honors his friends memory.

Which, among other things, makes Dinobot 2's face turn in the final episode make a lot more sense.

And y'know, I can't help thinking that if the Beast Wars comic runs long enough, I wouldn't be at all surprised to see that story finally see the light of day.

(Also: Dinobot's last words are "The rest is silence." Yeah, they keep the Hamlet comparisons going right to the end.)
Top

Man, Transmutate is Problematic, yo.

I get that they're doing a Frankenstein riff*, but it's hard not to read it as "almost the entire cast is really terrible to a physically- and developmentally-disabled child." Optimus and Rhinox want to put her into stasis lock! A medically-induced coma is not the appropriate treatment for a special-needs child becoming violent, Rhinox! Jesus Christ!

"Why, out of everybody on the original series, would they pick Ravage as the character to get a major guest appearance?" is one of those things that seemed like an interesting question until I thought about it for a minute and realized that the answer is probably just that they looked at all the animal-themed Decepticons and picked the one they could slap Tigatron's head on. 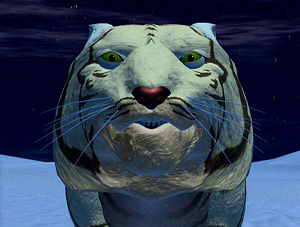 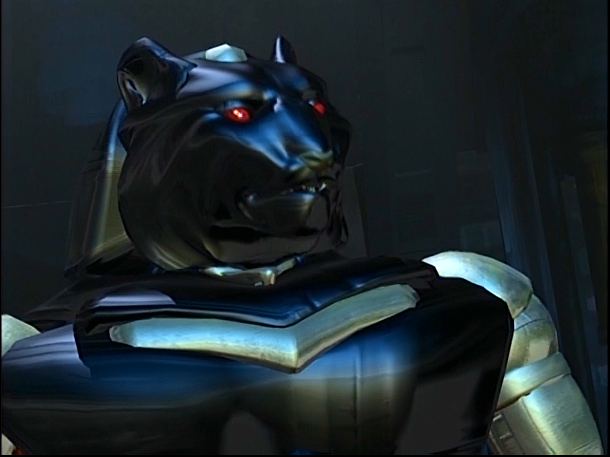 Also: while Ravage was feral on the original cartoon series, he could talk in the comics. (Can't say as I ever read him with a Russian accent, though.)
Top

And man, it's really impressive how tight this one is. There's only one episode that doesn't build the main season arc, Transmutate, and that one's still important (if flawed for the above-mentioned reasons) because it's the only episode that really gives Rampage any kind of shading.

So when I said Dinobot's heel turn needed a little more room to breathe, I can understand why there isn't any -- they had 13 episodes and by God those 13 episodes are fucking packed.

But if I were to find a place to work more of Dinobot's struggle into (and particularly that conversation about Cybertronian apartheid that I just made up that I think would have gotten the point across more effectively), I'd cut some stuff out of Tangled Web.

The important plot developments in Tangled Web are: (1) Tarantulas gets a new lair; (2) Blackarachnia forces him to sever their telepathic link. We'd still need to hit at least that second plot beat (honestly #1 could happen offscreen), but there are a whole lot of big fight scenes in that episode that could be trimmed in order to spread Dinobot's crisis of conscience out over one more episode.

Speaking more broadly: man, what even is the deal with the Vok disk? It...doesn't really seem to do much of anything, does it? It sets some shit in motion when Inferno finds it in season 1, and then in season 2 both factions kind of use it as a map to find various Vok installations, but...that's it, right? Why'd the Vok MacGuffin even have to be a second Golden Disk?

I assume the plan was to establish that there's only one Golden Disk, that the disk from prehistoric Earth and the disk from present-day Cybertron are one and the same. But I don't remember that ever actually being established. My recollection is there's just a second Golden Disk for awhile and then eventually everybody stops talking about it.

But, granted, it's been over twenty years so maybe I'm just forgetting how it plays out. Guess I'll see. Onward to season 3.
Top

Also the Golden Disk with G1 Megatron's message on it is supposed to be one of the Golden Records from the Voyager probes.

The show does not address the question of how a message that was recorded in 1984 at the earliest found its way onto a record that was created in 1977.
Top

Starscream's Ghost took it back with him through time