I was not previously aware of Zen Pencils, though apparently it's been around since 2012. It's a series by a cartoonist named Gavin Aung Than, taking inspirational quotes and drawing comics around them.

Mark Evanier just linked to a strip called Hero Worship, with Jack Kirby's thoughts on how to be a good artist. Evanier says,

I'm pretty sure that Jack would have been delighted by this effort…and even more delighted by whatever Gavin creates in the future. He would especially like the fact that Gavin does not seem to be growing up to be a Jack Kirby imitator. Being inspired by him to be creative was great. Trying to create art that looked like Jack had drawn it was, in Kirby's eyes, an act of non- (or at least, limited) creation.

Dril Pencils is much better.

Dril pencils is better just because of how pissed Gavin got at it.

DEMON has just finished, and you have until July to read it all before it's available in paper form only.

zaratustra wrote:DEMON has just finished, and you have until July to read it all before it's available in paper form only. Wow wait, when did Paradox Space start updating again? I guess it makes sense, what with Homestuck ending on a mixed note. Shouldn't be surprised that the fans would start generating mo-

Five Pages Into The New Story wrote:Read the rest of the story in Paradox Space Book Two! 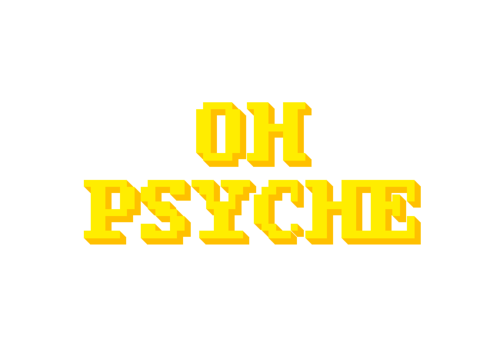 Was catching up the last half-dozen or so Lackadaisy Cats. My god the strip is just getting insanely beautiful and it was already one of the prettiest webcomics going.

The panel where Zib is looking up at the sky, holy shit.

Huh, it's been a while since there's been a good story-telling comment over at Kill Six Billion Demons.

I chanced upon a beggar-woman in the great bridge city, Telb-Upon-The-Span. She was carving mushroots into faces. Hundreds of sodden visages lay about her, and the locals informed me that she had been at this practice for three years. None complained, for she purchased the vegetables honestly, and cleared the debris every night into the swine-mongers’ pens.

I sat with her and watched her work. The merchants and travelers wondered at her commitment, carving the same face in the same damp flesh, again and over again. But I saw different. For two more years I watched her. Helped carry her mushroots from the seller’s stall to her spot on the cobbles; and the debris from that spot to the pens at night.

One sweltering day, as I dozed in the heat, thinking the thoughts of a brick in the foundation of the pillar upon which the carving spot stood, I was roused from my rumination by the silence of her knife. When I opened my eyes, she was smiling. In her hands was an object on insurmountable beauty. The supple pulp of the root made the carved face glimmer in entrancing ways. The face was utterly captivating.

I closed my eyes and returned my mind to the stone. Around me, the astonished gasps began. Some began to mumble; others wept; a few began to dicker with the woman, hoping to entice her into selling the root. Mad promises of wealth washed over the woman as she got to her feet, and began walking. I watched from my stonemind as she padded calmly along the road, blustery bearded men shouting and roiling around her like the crowd at the cattle auction, frothing and punching and demanding that their offers be heard.

And as serene as ever, the woman made her way to the pig pens and dropped the root in, where it was swiftly devoured.

Some of the merchants flew into a rage, biting and tearing and growling at each other like quarrelsome dogs, others muttered questions after the woman as she returned to her seat on the cobbles. Most collapsed in stunned grief, and remained prostrate on the road well into the night. Little business was done that day.

We had a pleasant afternoon tea, and once my business in the city was concluded, I escorted the woman out to the crossroads at the southern end of the span. There we parted ways, and I have not seen her again.

In all arts, there is ascendance.

Oh right that's a thing I need to catch up on. It really slowed to a crawl when the Otaku demon showed up to be bffs. Does anyone keep up with Stand Still, Stay Silent? The week's updates area just starting and oohhh shit.

I like how reynir went from "i cast a random 1st level spell" to THEY'LL HAVE TO GLUE YOU BACK TOGETHER IN HELL in, like, two pages
http://zarat.us
Top

A Daily Life Extra is a fun one-shots-but-continuing-story thing that probably has a proper name. Similar to Azumanga Daioh. Onstad wrote:Achewood takes a huge give from its producer. It's so slippery, so complex, so vast, so old, and I hold it to such a high standard, it becomes all-encompassing. When I do Achewood, I can't focus on or give enough time to the securities I need to build for later in life, or to my human relationships.

There are other reasons. I know a very successful man who likes to reinvent himself every decade. I have been the Achewood guy since 2001. There are hundreds of things I wish I could focus on in life, and I am forty-one now. I was twenty-six when I started this. I want to do something different.