You know, we have a lot of fun at the expense of cryptocurrency/NFT speculation. But let's not forget that good old-fashioned comic-book speculation is alive and well!

I was poking around eBay and saw that people are listing Black Panther #3 (first appearance of Tosin!) in the $50 range. And here I thought the $6 I paid for it a week ago was a little excessive.

(No, I don't know who the fuck Tosin is either. I haven't finished reading it.)
Top

to err is human but tosin is a crisp Grant

you're thinking of doshin. tosin was the guy who played jigsaw in the saw movies, right?

Previously, in another thread:

Thad wrote:On a related note, Milestone Compendium One is due out on February 1 (for Black History Month) and collects the first year of the original Milestone comics (Blood Syndicate #1-12, Hardware #1-12, Icon #1-10, Static #1-8, Xombi #1-8, and Shadow Cabinet #0). I think the only one of those I've actually read is Hardware #1. It was good stuff; Dwayne McDuffie/Denys Cowan. Kind of a riff on Iron Man, except instead of a power fantasy about a rich white guy who escapes with a high-tech suit of armor he created in a POW camp, it's about a genius inventor who's Black, gets screwed by his bosses, and "steals" the suit of armor he created for the company that ripped him off. A good hook by talented creators.

And yes, "Blood Syndicate #1-12, Hardware #1-12, Icon #1-10, Static #1-8, Xombi #1-8, and Shadow Cabinet #0" sounds like a lot, but I don't think I was prepared for just how big this fucking thing was going to be. Size comparison with Lord of the Rings and the hardcover collection of the first four Hitchhiker's Guide books:

And it doesn't look that much bigger than The More Than Complete Hitchhiker's Guide but due to the paper stock it's a lot heavier. Like, you could fuck a motherfucker up with this book.
Top 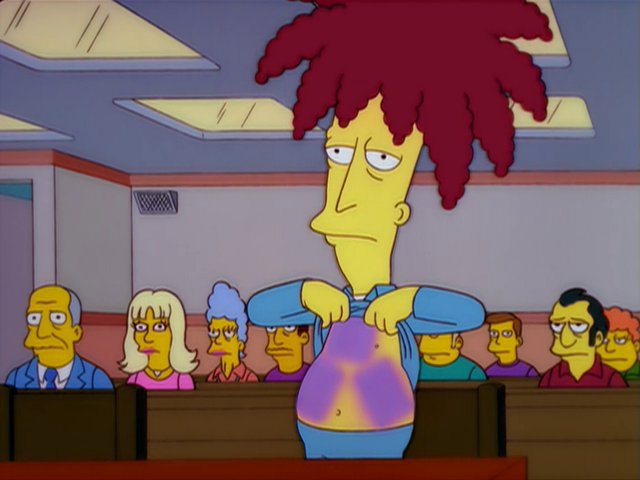 It worries me that I have those exact versions of LotR and Hitchhiker's Guide, or at least used to before my mother tossed them out in the same bag as my NES and SNES.

I mean the reason I picked those books for a size comparison is they were books I thought other people would have. Even being two-for-two on those specific editions isn't that much of a longshot.
Top

My original collection of Middle-Earth books were the ones with the John Howe illustrated covers and the gilded Tengwar edges.

Now I have the black ones with the Tolkien art on them, which is still alright. I do wish my originals hadn't fallen to pieces tho; those Howe covers were amazing.

KingRoyal wrote:Yeah but I've never seen the both of you in the same room at the same time

But have you seen us on a pier at the same time?
Top

Before I clicked the link my first thought was "No he doesn't, he stiffed Luke Cage!"

So I don't think it worked among the hoi polloi. Bah!

Arrowsmith: Behind Enemy Lines is Kurt Busiek and Carlos Pacheco's long-delayed followup to the original 2003 Arrowsmith series, a sword-and-sorcery fantasy set in WWI.

Behind Enemy Lines is a jumping-on point; you don't have to read the original series first. Which is good, because due to supply-chain issues the new print collection of the original series isn't out yet. (Though they're available digitally as single issues on Comixology.)

I haven't read the original series (I'll catch up one of these days) but I like the new one so far. Good writing, good art, good hook.
Top

Good news: JLA/Avengers will be reprinted in March, courtesy of the Hero Initiative, in honor of George Perez.

Bad news: they're only printing 7000 copies.

Still, nice to see it's happening, and while Perez is still with us to hear about it.
Top

This would have taken a lot of work. For those who don't know/don't remember, while this series was running in '02, Joe Quesada did an interview (hyping the first Spider-Man movie) where he said of DC, "They have Batman and Superman, and they don’t know what to do with them. That’s like being a porn star with the biggest dick and you can’t get it up. What the fuck?" and uh maybe don't do that when you're trying to preserve a collaborative relationship with a company that's owned by a major media corp. I can see Didio maybe being the type of guy who would laugh that sort of trash talk off (Levitz maybe not so much), but Quesada didn't just piss off DC management, he pissed off Warner corporate. And while it's been long enough that that probably doesn't matter to Warner management anymore, now that Marvel's owned by Disney that runs into a whole other set of corporate politics. (AIUI from Busiek's Twitter, it's been DC, not Marvel, keeping the book out of print.)

It's been collected twice, in '04 and '08. This collection makes three, and while the limited run is less than ideal, I'm sure Javins worked hard to make it happen, and make it happen this soon after Perez went public with his prognosis.
Top

Chip Zdarsky to be the new Batman writer
Top

I put Captain America on my pull list back when Waid and Samnee were doing it, and hung on through the Coates run. When that series ended and gave way to United States of Captain America, I figured I'd drop it, but it turned out I really liked that series. When it ended and gave way to Captain America and Iron Man, I once again figured I'd drop it, but it turns out I'm really enjoying this series too. Largely because of the villain, Veronica Eden. I saw someone describe her the other day as "like late-season Britta as a supervillain" and I think that's a pretty good description.
Top
Post Reply
580 posts