I haven't actually seen 4 yet, and it would help if the series was like ~4 years older, but from what I've heard of the themes it sounds like:

Toy Story 1: Your toys love you
TS2: It's okay to outgrow your toys
TS3: Share your interests with your kids
TS4: It's okay when your kids outgrow you

The more I think about it, the more I like it, really. It's like they looked back at the happy ending of Toy Story 3 and realized it's kinda bullshit. It's a movie about learning to let go and accept change, and then...they really don't; they just go back to more or less the way things were but with a different kid. That's great for a happy ending to an emotional rollercoaster of a movie, and, not for nothin', to keep the gravy train rolling on a major franchise with a huge box office and bigger merchandising. But as character development, it kinda stinks. Saying goodbye is part of accepting change, but only part. Assuming you can just go back to the way things were but with a change of cast and scenery isn't learning to let go, it's denial.

And that's what Toy Story 4's arc is about: Woody is in denial. Everything has changed -- leastways, it has for him; the rest of Andy's old toys are doing just fine with the new status quo. And the rest of the movie is driven by two things we've known about Woody since we first met him in 1995: he's incredibly loyal to his kid and to the other toys, and will go to truly ridiculous lengths to rescue any toy that gets left behind; but also his entire identity is wrapped up in being the favorite and the leader, and when that status is challenged, he does not handle it well.

And the rest flows from those two characteristics, what defines Woody, good and bad.

In a lot of ways, it's a movie about Empty Nest Woody, about Woody dealing with all the stuff he avoided dealing with in the previous film. Everything really has changed, he insists on acting like it hasn't, and Toy Story 4 is about him learning to stop denying it and, after talking about it for the past two films, finally get around to accepting that kids grow up, things change, and you can't keep living in the past.

It's not as happy an ending as Toy Story 3 was, but it's a much more honest one.
Top 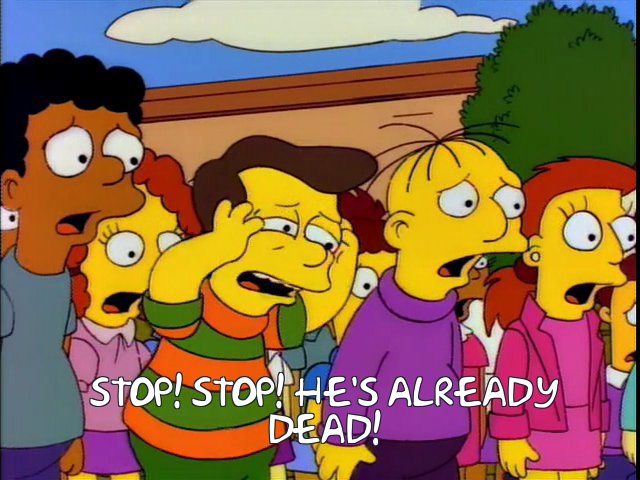 Man I could not care about like 70% of what they announced especially in the Star Wars arena, but Patty Jenkins directing Rogue Squadron got a “holy shit” out of me.

Also I will just stay opened wide like Homer with the hell donuts for everything MCU and this has not changed like if they manage to make me end up caring about Moon Knight in a few years then you can honestly just put me down because I will never recover.

he belongs in a museum
http://zarat.us
Top
Post Reply
28 posts