Frocto sent this interview my way, which explained a bit:

Can we expect a big Venture Bros. style cliffhanger at the end of the season finale?
Publick: Absolutely not. It will be very disappointing as a finale. [Laughs] The same thing happened to us last season, actually. We didn’t have a big finish last season, because we shot ourselves in the foot. We basically ran out of episodes to get to the point of the story that we wanted to do a blowout ending for. So that’s why you ended up with the Gargantua special, the space special last season. That story would have been the hour-long or two-part finale of Season 5, but we hit our 10-episode mark before we got to it. So we did a special that bridged the two seasons. And the same thing is happening at this point.

The story we’re writing now would have been the season finale, but we didn’t get to it. We weren’t ready for it when it came time to write the last two scripts. And there was actually a little confusion for a while as to whether or not the Gargantua special counted against our 10-episode order, so we were writing like four different stories at the same time not knowing whether we had two scripts left or four. When it turned out we only had two, we were like, “Alright, I guess we should do our finale.” And then we thought, “No, we haven’t really earned it yet. We need to flesh out this Monarch arc a little more....” So we made a judgement call and wrote two other stories that we were very excited about.

That...really does explain a lot. Gargantua 2 felt more like a traditional blow-everything-up finale because that's what it was supposed to be.

And then season 6 doesn't get a finale either because it used up two episodes doing Gargantua 2.
Top

I really, really enjoyed the ep with the council’s final arches. I can’t imagine any other show doing 30 minutes on this and having it feel anywhere near as rewarding.
tumblr | twitter | wingnut circus | youtube

Mothra wrote:I really, really enjoyed the ep with the council’s final arches. I can’t imagine any other show doing 30 minutes on this and having it feel anywhere near as rewarding.

For a show that's so heavily built around being a Jonny Quest parody, it's surprising how they can still find new ways to look at Jonny Quest that are...actually kind of sweet.

Just wrapped the season. I feel like they really should have done one of those recap videos before it premiered, because I remembered some stuff -- the Blue Morpho arc, the hints about Jonas being the Monarch's father -- but there's so much going on that I've forgotten. The reveals about ProBLEM and Vendata would probably have had more impact if I remembered who/what the fuck they were. The combination of this much continuity and such long gaps between seasons can make the show hard to follow, especially with seasons 5 and 6 both ending prematurely (Gargantua-2 should have been the end of season 5; Arrears in Science should have been the end of season 6). At least it feels like they've finally resolved that problem and season 7 ends where it's supposed to.

I feel like when the show's finally done it'll make a lot more sense as a binge-watch.
Top

On the plus side, this seems like a pretty good time for an animated show with a dedicated fanbase to be looking for a new network.
Top

Man, fuck all the way off. Not giving them a finale season order after all that time seems spectacularly cruel even for Cartoon Network executives.

It sounds like the culprit is that Mike Lazzo was a big fan of the show, and he retired at the beginning of the year. So AT&T coming in and shaking up the entire Warner Tree finally stripped off Lazzo's bubble of protection. 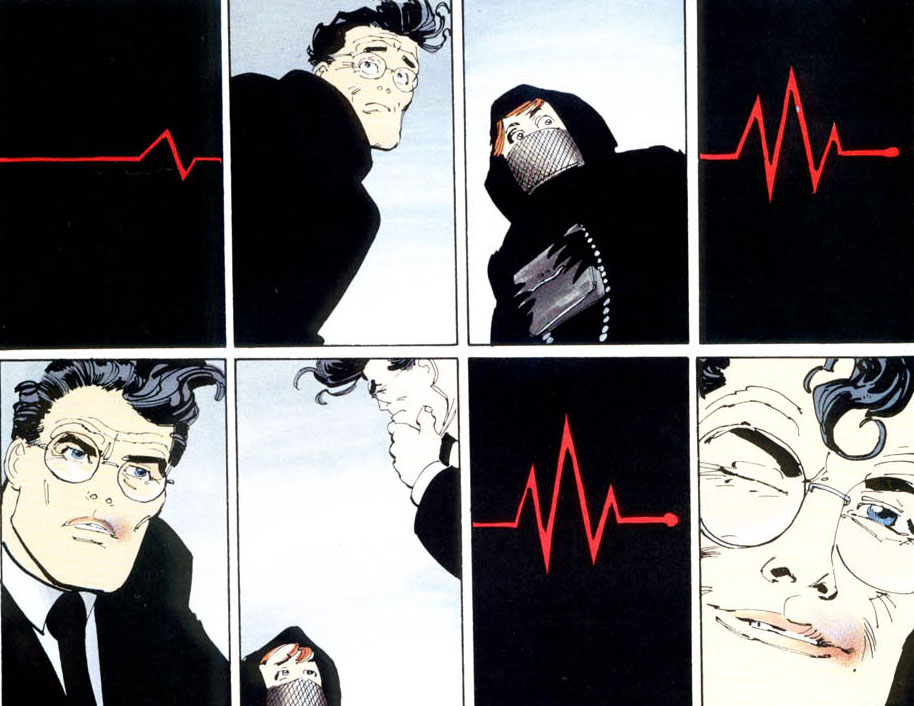 Doc’s latest invention will either bankrupt the Ventures or launch them to new heights, as Hank searches for himself, Dean searches for Hank, The Monarch searches for answers, and a mysterious woman from their pasts threatens to bring their entire world crashing down on them.