"At press time, sources confirmed Clinton had raised $17.6 billion in the first 45 seconds of the campaign." 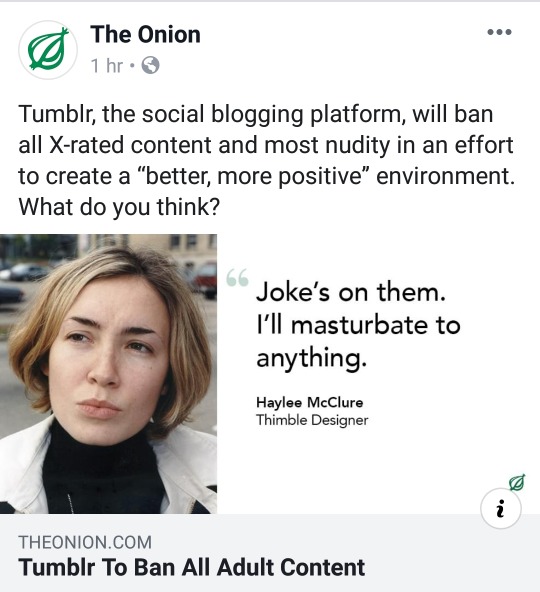 ﻿The Year Is Ending: Here’s What That Means For 2018.
By Chris Cillizza
Jan. 1 marked the start of 2018, the most recent year America has ever experienced. It’s been 2018 for almost 12 months. Believe it or not, there’s an even newer year on the horizon. But before we get to that, we need to get to the bottom of what is happening to 2018.

Think back to January. 2018 was the newest thing in Washington, and no one had any idea how it would go. Now, believe it or not, pretty soon it will never be 2018 again. That’s a massive rise and fall, but it’s typical of how fortunes can change in an instant in the age of the first Reality TV President.

Can you believe it’s been only 12 months since 2018 began? To put that into perspective, 12 months is the average amount of time that passes between when a child begins kindergarten and when they begin first grade. We’re as far away from the start of 2018 now as the second season of “Game of Thrones” was from its first season.

And Winter is Here.

3. It’s been almost a year since America experienced anything like this.

Year changes don’t happen every day. In fact, they happen, on average, only once every 365 days. The last time Americans faced the end of a year — and the beginning of a new one — was almost exactly one year ago. With the rise of Twitter and the 24-hour news cycle, our political attention spans have only been shrinking. How many people alive today remember what it was like the last time we faced a national transition this significant?

Well, someone finally broke The Onion He sure got egg on his face for that remark.

Incidentally, the guy is also a member of Identity Evropa, because of course he is.

I hope that man gets egged in the face, every day, for the rest of his life.

Just day in, day out, every day, someone walks up and crushes a fucking egg into his face.

I was actually surprised I HADN'T heard any victim blaming for a day or so.

TV fans delighted as Brexit renewed for another season

The Hard Times wrote:Game of Thrones Finale to Kill Off Millions of HBO Subscriptions

Thad wrote:The Opposition with Jordan Klepper is pretty clearly a case of Comedy Central going, "Well, The Nightly Show didn't work out as a replacement for The Colbert Report; clearly what we need to do is make another show that's exactly like The Colbert Report." On down to using the exact same "black Republicans always get invited up onstage right behind the podium" joke that Tim Meadows was doing on Colbert in 2005.

It's not bad. I like Klepper; it's got potential. The first episode didn't hit it out of the park or anything, but then, Colbert took awhile to really find his groove too.

But in a world where we've already got 2 weekly political comedy shows headlined by former Daily Show correspondents, a late night show headlined by a former Daily Show correspondent, and The Daily Show itself, plus Jim Jefferies and Seth Meyers (and I guess Bill Maher but fuck that guy), shit's getting a little crowded. I'll probably check back in with Klepper periodically, but I can't see my way toward watching this four nights a week at this point.

Klepper's new show (which is called Klepper) is way better than The Opposition. Where The Opposition felt like an inferior imitation of The Colbert Report, Klepper has staked out its own niche in an increasingly crowded field. Instead of the headlines/field piece/interview format of The Daily Show, or the headlines/main story/closing segment format that Oliver, Bee, Jefferies, and Cenac use, Klepper spends the entire half-hour on a single field piece. I didn't catch the first episode, but the second and third both had him embedded with protesters: in the second episode, he joins pipeline protesters in Louisiana, and in the third, he joins DREAMers at an underground university in Atlanta (and gets arrested for disrupting a city council meeting).

I've felt, since Last Week Tonight started, that the weekly deep-dive format is better and more informative than The Daily Show. Full Frontal, Jim Jefferies, and Problem Areas have all helped to cement that opinion. Klepper feels like the next logical step after what those others have done; he's helping to call attention to stories, issues, and communities that don't get enough. And he's not doing it from behind a desk.
Top

(The story's from last year but has presumably been reposted in response to Liz Cheney's objections to AOC using the phrase "concentration camps" to describe the camps we're concentrating children in.)
Top

I'm really getting tired of everyone moving the fucking goalposts on fascism. It's like, are you not willing to admit someone has cancer until they're dead?

Sorry, I usually try to make jokes or quips but this just actually pisses me the fuck off. I don't use or think the word "sheeple" (except in the context of yyler's temp ban) but jesus christ.

Relevant (and despite what thread we're in, these are real):

People are misapplying Godwin's Law -- and that's not me saying that, that's Mike Godwin saying that.

Godwin's Law is a humorous observation that people overuse nazi analogies, in ways that are frequently inappropriate and hyperbolic. Yes, absolutely be mindful of using "nazi" as a knee-jerk insult, and call other people out when they do it.

But the reason you shouldn't make nazi comparisons frivolously or hyperbolically is that you should save them for when they're appropriate and proportional. Such as when a government is rounding up members of an ethnic minority and putting them in camps.

Also Liz Cheney's father is a war criminal and her sister no longer speaks to her. No one should care what she has to say on any subject.
Top