You're pretty on point about Rose / Pink. Her entire character is a series of huge, impactful decisions on other gems' lives that she gets bored of and walks away from without considering the consequences. The last episode of the show before the movie is when it's first made clear that creating/becoming Steven isn't something she can choose or be made to detach from. He's an experience all his own.

And yeah, Steven's "okay cool you just started to calm down, I'm immediately going to start ignoring you like I said I wouldn't." is like, the opposite of his character. In the second series starting after the movie they try to rationalize his mindset and why he would act like that, but it still feels like a pointless act 3 argument.

I know people took umbrage at one point or thought I was reading too deep into it or something, but (largely viewed through the lens of some folks in my own life) once it was revealed that Pink was Steven’s mother, my view of her became one of toxic addiction; rather than substance abuse, Pink was addicted to new experiences and constantly doing things she’d never done before and would always drop the things she already had with little to no concern about what happened to them afterward.. I don’t think it’s a perfect reading from everything that came after that, but it sure does still mostly match up with everything else we see, including Spinel.

Steven Universe Future follows the movie up and is almost 100% about Steven coming to grips with his self esteem issues (and the failures of the adults in his life to recognize and help him with them) so ... yes.

The Diamond redemptions seem to be a pretty sore spot for a huge chunk of the fandom. I don’t love the resolution, but it ended up being kinda rushed due to network fuckery from a lot of what I remember hearing; they make it clear Steven is not in a great place with the Diamonds in Future, but “even space Hitler can atone for her centuries of Hitlering” is not a great message especially these days.

Pearl is and always has been the best character.

"Try to build bridges to your shitty estranged family" is also a bit of a sore spot for the very many people that escaped their own parents for life-and-death reasons, then spent decades fielding well meaning bullshit comments about blood being thicker than water. It's bad enough dodging the guilt volcano of Christmas advertising.
Top

Even if it's impossible for the Diamonds to ever atone for their millennia of innumerable atrocities, I feel it's very much in character for Steven to at least let 'em try.
...but is it art?
Top

Niku wrote:“even space Hitler can atone for her centuries of Hitlering” is not a great message especially these days.

mharr wrote:"Try to build bridges to your shitty estranged family" is also a bit of a sore spot for the very many people that escaped their own parents for life-and-death reasons

The thesis of the series is very much "Reforming people is always better than throwing them away."
Although people in the series state many times that "not everybody can/will change" it doesn't do a very good job of showing it, and the final conflict is definitely the worst-handled instance.

That said, I don't think the moral was intended to be even space hitler can be reformed, so much as given how much better it is for everyone if space hitler gets reformed, you should really give it a good try before giving up.

I think here that the intended target of the moral was the parents of families watching it together, and it was supposed to be "It's never too late to start respecting your child, own up to your mistakes, and try to fix things." But this is hampered somewhat by all media across the entire series being shackled to Steven's perspective.
How fleeting are all human passions compared with the massive continuity of ducks.
Top

yeah, agree with all that. i don't HATE the way the series handles it in a way that invalidates everything else the way a lot of people seem to, but while i'm very much in the "beach city episodes are good actually" camp i would absolutely have tossed away several of those in favor of strengthening the late-game narrative.

Niku wrote:while i'm very much in the "beach city episodes are good actually" camp i would absolutely have tossed away several of those in favor of strengthening the late-game narrative.

Absolutely.
And... a few of the Beach City episodes are actually kinda bad. coughs and looks askance at a certain fortune-telling machine.
How fleeting are all human passions compared with the massive continuity of ducks.
Top

Now that we're talking about the movie again I can go back to posting the memes that have been showing up in my tumblr feed nonstop since it first came out. 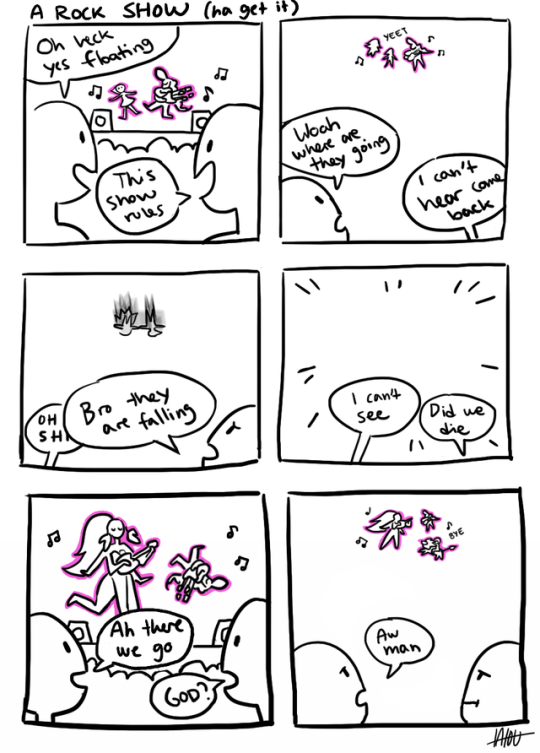