check out these original storyboards for the finale 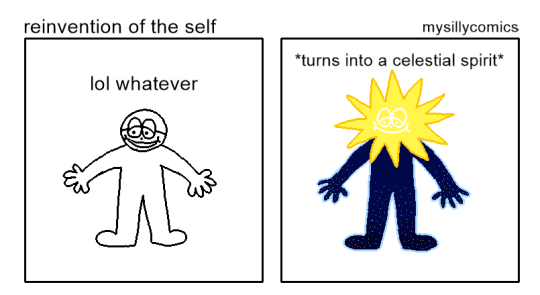 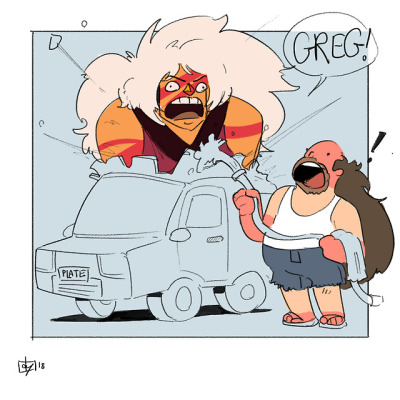 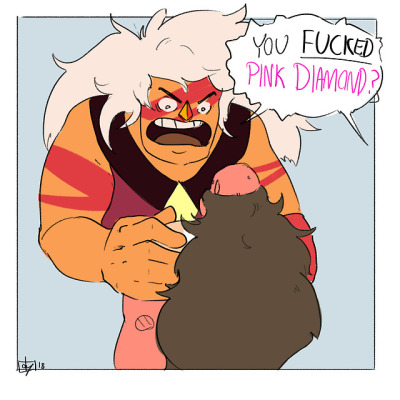 I don't think that's a fair description of what happened.
I'd say it's more like they turned Greg into a Jojo to confuse Pearl out of her amnesia.
How fleeting are all human passions compared with the massive continuity of ducks.
Top

I've been thinking about what to write in an actual reaction post or whatever but nothing's really coming. It was fun, but nothing particularly new or exciting. From the fan reaction I guess this was what they needed to see Rose wasn't all that great after all, but the series got that across fine, I thought. And while the consequences of the attack are more the story than her motive, Spinel's thing is basically just Lapis again.

Fan service was fine to great. Fully one third of this movie is explaining the series, then the rest of the movie is kind of flashbacks. Pearl should definitely have a singing introduction for every gem though.

The ending is also suuuuuuuper derp Steven literally turns his back on Spinel the moment she helps them. The drill is drained but not even Beach City is destroyed, any 'well it's all about change' is immediately montaged back to everything is the same forever forget that whole thing about change being important. Also Diamonds just swapping in Spinel for Pink and not dealing with either's actual problem but letting them run off together so it's not your problem is almost a beautiful solution to mirror Pink's abandoning Spinel but I absolutely do not think that was the point.

This movie fucking destroyed me. Drift Away is just brutal. 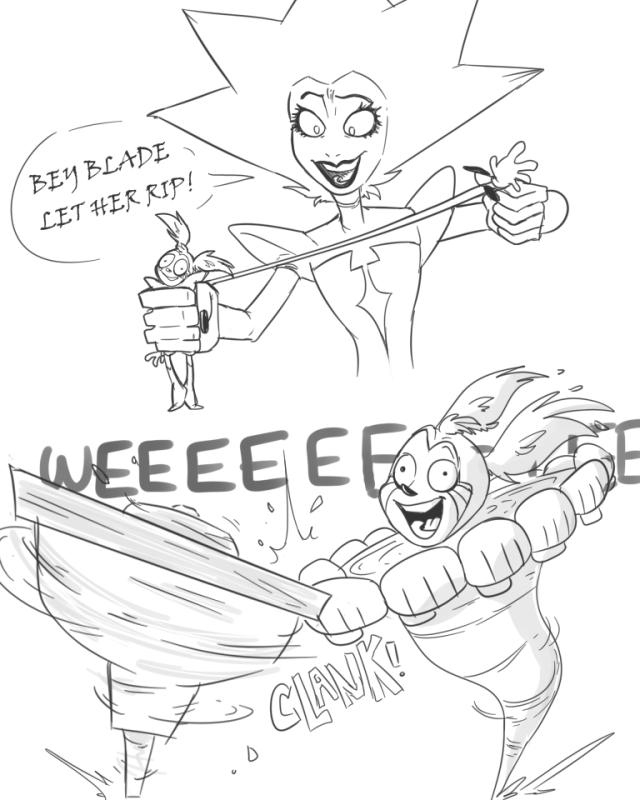 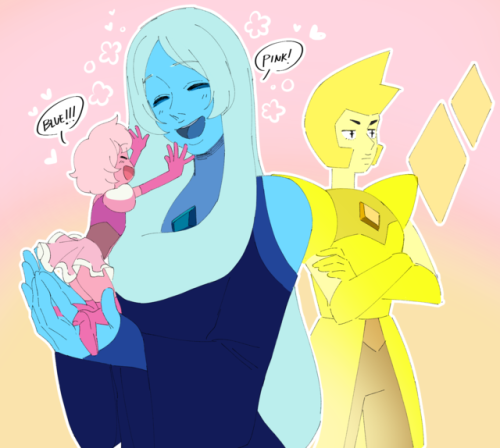 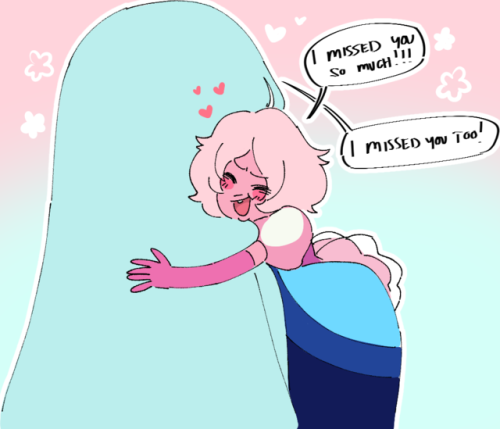 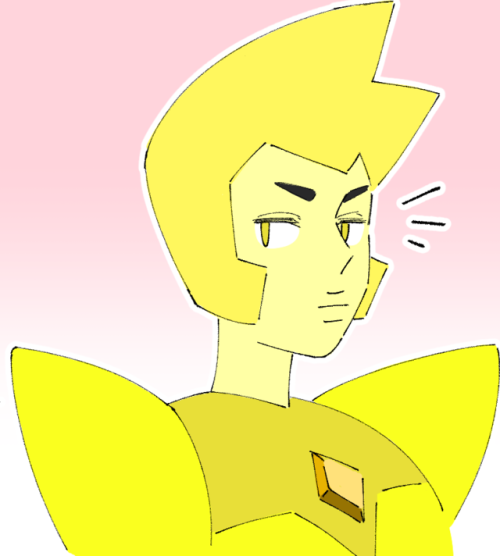 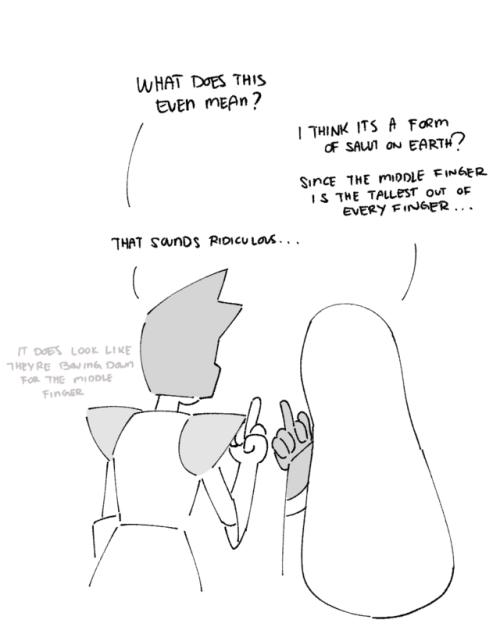 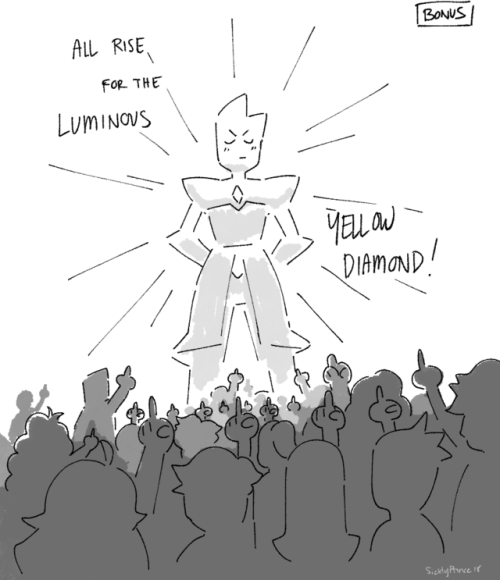 fuck off peridot you knew what music was

Yesterday I was reading a really long-winded post about how we're supposed to dislike Spinel and the story of the movie is about how toxic people aren't your responsibility to take care of and such. I've been thinking about if there's even any way to reconcile interpretations when someone takes the same scenes and moments as you in a complete opposite way, and ultimately there's just one thing I keep coming back to on it.

We need another movie about a completely broken Spinel's raid on a decommissioned weapons plant to get her new toys.

I feel like this comes from the same place as the "why should I be held accountable for what my ancestors did?" mindset does. Just a want to push off this undeserved burden.

Steven's mom basically created Spinel, fucked up her life horribly, and then died without ever resolving the multitude of issues she'd loaded her with. It's not Steven's fault, but it is mostly his responsibility to try to make it right. If he doesn't, nobody will.
tumblr | twitter | wingnut circus | youtube

and a chaser for that shot

That (chaser) reminds me
How fleeting are all human passions compared with the massive continuity of ducks.
Top

Jokes are getting in the way of the point. Some of the working gems'* second jobs being things they enjoyed but were just really bad at. Naming the pink pearl Volleyball. Not nearly enough grief for Greg's hair.

*What was up with all the gems finding their place with seemingly free labor for the town? That was a weird foundation for the actual plot.

Steven keeps fucking his moms and its weird.

The intro is pretty meh.

Not crazy about how there's seemingly a shift to physical abuse with pink p & d and Steven's mastery of The Glow. If we're going to really start getting to the root of issues, why make them different ones from what we were already building on? Not implying it's the intent but it feels kind of like it's been decided "the emotional problems were solved by admitting them, the mental problems aren't lasting, but now we have a real issue to get into."

is there any fantasy/scifi show where "no, see, THIS species REALLY, intrinsically enjoys working for others" is not problematic
http://zarat.us
Top

I don't think it was implied anywhere that their labor was free. Except maybe when Steven reassigned them.
How fleeting are all human passions compared with the massive continuity of ducks.
Top

well they don't need money, so it's just weird that it was specifically jobs. Not like, that they found tasks they liked completing and were able to use those tasks to help out beach city, but specifically about finding existing rolls that would certainly otherwise be paid positions for humans and aren't necessarily gemcentric or whatever.

hi this is Friday, age... fuck how old am I again

I'M NOT GONNA THINK ABOUT IT

hi this is Friday, age whatever, and I just watched the Stephen Universe movie and then took a bike ride.

So, to give you guys some context of what I knew about this show before I watched the movie:

1. I knew it was about crying and singing and friendship
2. I knew the Gems were bad
3. beatbandit told me to watch the movie as it was a good intro to the series

I asked a few clarifying questions in the first 20 minutes or so, like "why is Pearl acting like her and Stephen's Mom were lovers when his dad is right there" and "so when you kill gems they just turn into rocks?" but mostly I went into this movie completely blind.

So, I'm gonna spoilertag the rest of this whole post because I guess maybe someone could possibly read this before they watched the movie. Here are my thoughts as a (basically) complete SU newbie:

Pearl is the best character. This is pretty clear even from the 90 minutes I got.

Holy shit, Rose/Pink/Stephen's Mom is a huge piece of shit. Like a huge, huge, huge piece of shit. So based on Pearl's little backstory about being a "servant" class Gem, how the other Diamonds act, and just how the Gems are bad in general, I get the very distinct impression that Gems make other Gems to serve/amuse them, discard then when they get bored, and also conquer the shit out of everyone in the galaxy with their superpowers. They're like a bunch of spoiled superpowered kids who are also literal racist gem supremacists and maybe the show gives them more depth but in the movie I absolutely hated all of them. "Oh right I can't say lesser life forms, I meant equal *rolls eyes*" played as a joke is like, uh, so this Gem is still a total piece of shit, why are we just forgiving her for massive galactic genocide and shit, unless somehow the show makes it clear that all the conquering was done completely bloodlessly, then she's just an enslaver and colonizer.

So getting back to making servant Gems, again, based on Pearl I have to assume Pink made Spinel as like, intentionally a "creepy silly stalker bff gem" but then got bored with her clingy antics (which she intentionally made her to be) and literally just issued a command to fucking "stand still until my return", knowing full well that Spinel could not disobey that command. And also that Spinel was sentient and sapient. So you intentionally condemned a being to hell. Cool. I guess this is because Pink is absentminded right? Except she did it on fucking purpose and probably made the choice to never think about her again. Why not just shatter her? Jesus fucking christ.

So then Spinel shows up completely broken to take vengeance on what is left of Pink: her son and his friends. Eventually Stephen finds out the truth, restores her memories, and gets Spinel to stop the destruction of all life on earth. Then he immediately commits the same sin as his mom by ceasing to care about Spinel as soon as she stopped being useful. Cool. This understandably enrages Spinel again and instead of immediately breaking the sickle Stephen fumbles around with his words and looks super sus. I fucking hate that trope, by the way, because nobody would act like that in real life when accused of being a complete shitbag. In real life, when innocent people are accused of being shitbags, they get angry. They don't shift their eyes and stutter. Unless they have like, massive self-esteem issues, I guess? Does Stephen have massive self-esteem issues? Does he have a history of being unable to express himself? If that's the case I guess his behavior makes more sense but I thought the whole point of the show was about how Stephen is good at that kind of thing.

Amethyst copying a random guy who tries to take a pic but can't in time because of his phone lockout code is like, the best visual gag I've ever seen.

Eventually Spinel just sort of stops being angry on her own and Stephen gets his powers back. He then kisses the earth all better and Genocide trio shows up and Stephen just tells Spinel to go with them. Cool.

Overall very frustrating experience, for a show that supposedly deals with morality I feel like it plays way too fast and loose with it. If you're going to make a show about genocide and abandonment and creating sapient, sentient slaves, maybe don't do it in a jokey way.

I have to admit my negative reaction is probably because I lack the context of the show and it's lore, because I struggle to believe that a show this popular is this bad at dealing with moral issues.

Friday wrote:So getting back to making servant Gems, again, based on Pearl I have to assume Pink made Spinel as like, intentionally a "creepy silly stalker bff gem" but then got bored with her clingy antics (which she intentionally made her to be) and literally just issued a command to fucking "stand still until my return", knowing full well that Spinel could not disobey that command. And also that Spinel was sentient and sapient. So you intentionally condemned a being to hell.

So, to give a little more context, think of the diamonds as being like a family, white is the abusive mother, yellow and blue are the older siblings, and pink is the little kid who everyone loves when she's fun, but nobody listens to or respects. She's given a bunch of rules and restrictions, many of which are complete garbage, and no rhyme or reason to explain them.

One day, she was bored or upset or something, and her mom gave her spinel as a toy to placate her. Then, over time, she got bored with the toy.

Later on, she learned that other people are like, real and worthwhile and she should respect them in the way that she wants her family to respect her.

One of the major themes of Steven Universe is how people change over time, and because of the show being through Steven's eyes, we get his mother, rose/pink's entire character arc in reverse. This movie comes in at the end of that, and therefore her part in it takes place before her character development arc really even began.
How fleeting are all human passions compared with the massive continuity of ducks.
Top
Post Reply
228 posts