Netflix and Kill Me

I think I've talked about The Boys the comic before, but I read the first two issues and they reinforced my opinion of Garth Ennis: I respect his work but I don't like it. He's a talented writer but there's a real meanness to his stuff.

That said: it's not for me but I get it; I'm glad it connects with people, and I'm always happy to help see creator-owned comics succeed (shout out also to The Boys' artist Darick Robertson).

BTW I got the first trade in a bundle; if anybody wants it, PM me your email and I'll gift it to you.
Top

For what it's worth, I thought The Boys (the TV series) sanded off a lot of the rough edges of The Boys (the comic book). Not enough to fundamentally scrub away that nihilism and meanness, but I could actually watch the TV series and enjoy parts of it while everything I read of the book was just a slog.

Spoilers on Season 3 of Castlevania:

give us grant danasty warren you coward

of course alucard cries during sex

The following words in your search query were ignored because they are too common words: castlevania.

we did it guyse
http://zarat.us
Top

It's also an extremely sincere show, which jars with me. It makes me feel I'm just too deep in layers of irony and skepticism to be able to reach something transcedental. It reminds me of being constantly exhorted, in church, to "let jesus into my heart", and just feel extremely confused as to how to do that.
http://zarat.us
Top

I genuinely can't tell if this is sincere. I don't know enough about Quibi to know if that's just their thing.

Blossom wrote:I genuinely can't tell if this is sincere. I don't know enough about Quibi to know if that's just their thing.

I'm not sure either, but a quick google showed a lot of really bad reviews for the service.

This is probably the single longest clip I've seen (or maybe not now that I can see how quick the cuts are). But from what I've heard of the service in general they spent all the money on big names and the dumb dual edits of everything so you get a fitting presentation and not just a crop for portrait viewing, as shown above. The writing not so much.

I know you basically say this one break later, but it's not so much, it's really more just "a new age podcast".

The interviews and "plot" are entirely separate, and the few things from the interviews that end up being "important" will be made clear multiple times outside of them.

It certainly could be a powerful experience to the right person / at the right time. There is meaning to what is being said, just not in the narrative sense you would expect.

It's apparently adapted from a literal podcast that Duncan Trussel (the voice of Clancy) already did. Which is why, in one of the episodes, one of the guests mistakenly calls Clancy "Duncan."

I find it kind of fascinating. I'm really intrigued by the setting that wraps the podcast, and, perhaps due to my hippie parentage, I've always had some interest in achieving higher states of consciousness, but I do find that the podcaster is a little too uncritically accepting of everything the guests say.

Like he's always chiming in his agreement, or his version of what's being said to verify whether he's understanding it or not, and he's never like "Wait a second, so you just said x but why would someone in y situation even want x? Like, how would this be useful to them?"
How fleeting are all human passions compared with the massive continuity of ducks.
Top

So because of this thread I watched the first ep.

I mean, it was good and I enjoyed it. Full stop.

But the whole time I was thinking "man, this main character sounds like a Joe Rogan to me. He's very Joe Rogan-ish in how he talks and the ideas he tries to convey."

And then I looked up the guy (Duncan Trussell) and yeah he goes on Joe Rogan's shows all the time.

So, yeah. It's Good, uppercase G, and I rec it, but several times I was rolling my eyes. It's hard to exactly quantify why I dislike Joe Rogan, but the metaphor I always use is how in 1999 when the Matrix first came out, every dumb shit was going "what if... the MATRIX WAS REAL AND WE ARE IN IT RIGHT NOW?!?!?! WHAOOAOAOAOAAAAAAAAAAAAAA!!!!!1111 *hits blunt*" for like a year afterward. Joe Rogan is permanently stuck in that year. They scratch the surface of interesting topics, important topics even, but they bounce off of them in their hurry to agree with what the other person is saying so they can talk more about that time they did Acid and peaked and then came down, but described in seventeen paragraphs.

100% worth checking out for the visual gags, though.

I think the annoying thing about the Rogans of this world is the way all that psychedelic mind expansion has done absolutely fuck all to their underlying whitebread christian dudebro worldview. It's a veneer-of-woke identity they're wearing like a cheap concert t-shirt.
Top

I just thought he'd figured out how to make famous people keep talking to him.

I was thinking about that with Midnight Gospel, Rogan, and Cumtown, a podcast that has been coming up on YouTube linked to chapo.

Ultimately the hosts are all idiots. And passing by the conversation from irc about how idiot is basically a slur, when I say it I mean they're curious and uniformed.

Generally someone who is curious and uninformed will become more intelligent as their curiosity leads them to new information. Sometimes though, due to adhd, misinformation, or just inability to comprehend they continue to be idiots.

When it comes to hosting a talk show an idiot is great. They simultaneously want to expand on every topic but also keep the conversation moving. With the right (or particular wrong) guest this means they're given an opportunity to talk on basically any topic they bring up, but will never successfully get their point across completely. This generally tends to lead to either more relaxed or frantic conversations, depdning on the guest, but that always come off more conversational and sincere.

I think I understood every perspective presented in Midnight Gospel. But it didn't make me question any of them, if that makes sense.

It's both annoying and amusing me that the the circular cropping of that YouTube account's icon makes it look like the roundel on Fascist aircraft in the Spanish Civil War (which was for a while just as recognizable as a symbol of Fascism as the Nazi swastika).

This has been your daily "mongrel's brain is so old it's way past the 'turned to cheese' phase" post.

see, this is the quality mongrel posting I know and love

you are one of a kind my friend 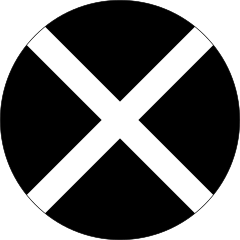 This is a hell of a neuron to fire, Mongrel

You want a real mindfuck? There's no way Jack Kirby would have been unaware of that reference.

Maybe he figured he was reclaiming it, which would be a very Kirby thing to do.