Blog post with further thoughts on the show I saw. Plus, he's got recordings of the entire tour up on Stitcher Premium. It is not difficult to sign up for a free trial, cancel auto-renewal, and then download all 77 MP3s (they total about 10.6GB). Plus you can use the rest of the month to grab whatever else you want on Stitcher; they've got the ad-free versions of a bunch of my favorite podcasts, and I hear good things about Wolverine: The Long Night.

I listened to the Poughkeepsie show last night. It's going to be fun listening to the tour from the beginning, because the difference between the first show and the one I saw (the 53rd) is pretty significant. The Poughkeepsie show is a little rough; there are a couple of flubbed lyrics and false starts (and not always on songs you'd expect; they have to restart One More Minute, which, as Al notes, used to be a regular part of their set list; I'd seen them perform it live at least twice before this tour). After Jackson Park Express, he says something like, "That's going to sound a lot better by the end of the tour," and he's right, it did sound a lot better 52 shows later.

As polished as Al's shows always are, it was fascinating listening to one that was a little rough. Still great, it should go without saying, but I know it gets better as they go, and it's going to be interesting following along as they find their groove.

I'm sure some enterprising soul will eventually split these things up into individual tracks. I look forward to that; it'd be cool to be able to put together a playlist of the full versions of the 77 covers in that video.
Top

If you want an object lesson in the importance of a good audio mix, look no farther than the difference in sound quality between the first and second show. Second show sounds a lot better.

If anyone's interested, I have a link to where someone went through the shows and cut out the first playing of each original and each cover, in case anyone wants an approximation of probably the longest single-tour live show album ever made.
Top

I've been slowly working my way through all of the concerts - currently on #39, Springfield. Still enjoying it, although I have started skipping Jackson Park Express.
Top 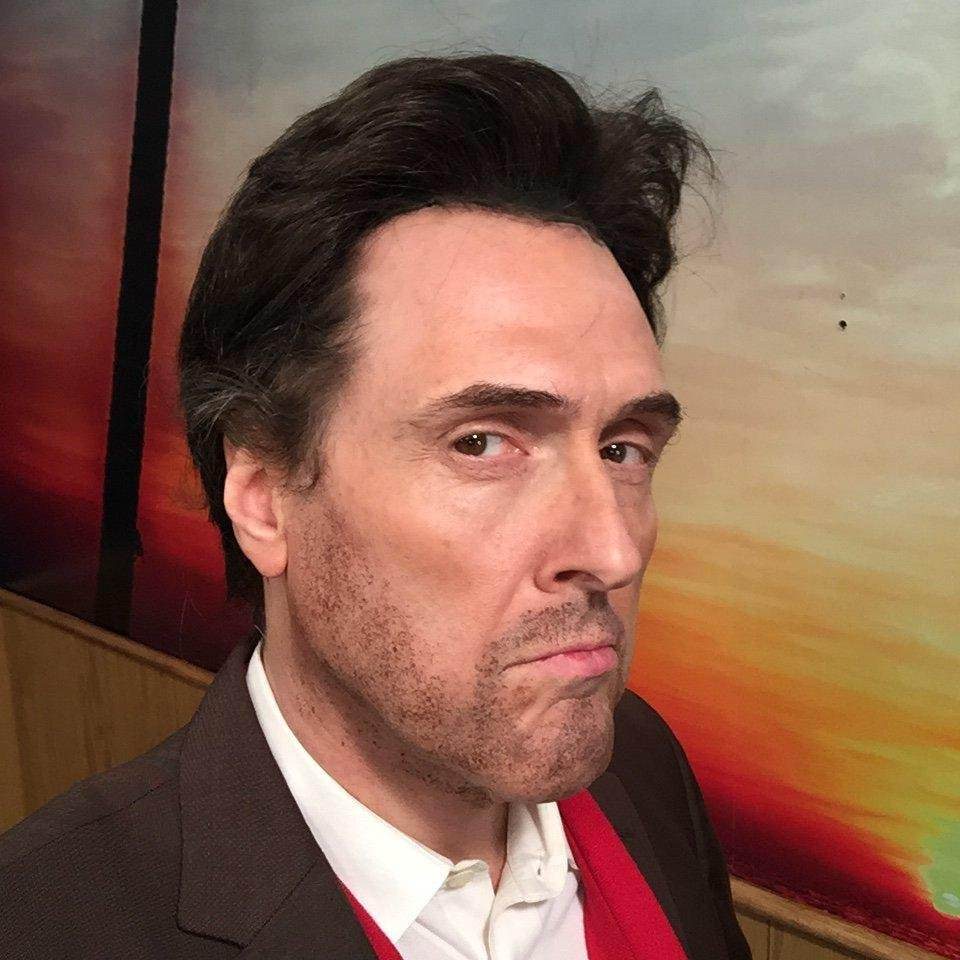 Weird Al got a star on the Hollywood Walk of Fame!

He also had a request for everyone regarding that:

Continued working through all of the concerts... I just got to Calgary, which is a notable exception to Weird Al's usual high quality. You can tell very blatantly that the playing is live since someone keeps playing in the wrong key at the beginning of every couple songs.
Top

Weird Al announces his 2019 tour will include orchestras

Two weeks from today – Monday, Nov. 12 – we’ll be announcing the dates for my 2019 tour, which we’re calling Strings Attached.

We’re going directly from my most scaled-down, low-key show ever (this year’s Ridiculously Ill-Advised Vanity Tour) to my most full-blown, over-the-top extravaganza ever. Not only are we bringing back the costumes and the props and the big video screen, but also… every single night we’ll be performing with a FULL SYMPHONY ORCHESTRA. For real. No, we’re not cramming an orchestra on our bus – it’ll be a different orchestra in every city. Sometimes it will be a “branded” local orchestra (like, say, the Colorado Symphony), and other times we’ll basically just be putting together our own orchestra with local musicians.

And yes, we’re back to PLAYING THE HITS… but we’ll also throw in a few deeps cuts too (including a couple songs that we’ve never played before – not even on the Ill-Advised Vanity Tour!) Of course it’ll be the same amazing band as always – Jim, Steve, Ruben and Bermuda – plus, for the first time ever we’ll be touring with female background singers (Lisa Popeil, Monique Donnelly and Scottie Haskell – incredible vocalists who have appeared on many of my studio recordings).

I think it’s really going to be a special show, and I can’t wait to get started! I’m not allowed to say much else about it before the 12th, but I will say that it’s basically a 3-month summer tour, and yes, we’ll be playing a bunch of places that we didn’t get around to on the last one (hello, Vancouver, Las Vegas, and the entire state of Florida!) But sadly, I’m afraid that, once again, it’s just a North American tour – hopefully we’ll hit Australia, Europe, and other parts of the world some other time.

Anyway, tickets go on sale Friday, Nov. 16 at 11:00 AM Eastern… all dates and info will be on weirdal.com. Hope to see you on the road next year!

Regarding "songs that we've never played before" -- I really hope that the full orchestra means they can do songs that were too complicated for the last tour, like Genius in France and Hardware Store. (Maybe Everything You Know is Wrong? I think that one would actually have been doable with just the five guys in the band, but it'd be much better with an actual horn section.)
Top

I found a karaoke bar with Genius in France once. I had forgotten it was 9 minutes long and also has basically 0 breaks. I remember now forever.
Top

I just got back from a week in Maui. A few days ago I wound up eating lunch a couple of tables over from Al, at a Thai food truck.

I didn't talk to him or ask for a picture or anything; I'm a subscriber to the "let the man eat" approach to celebrity interactions.

But he and my brother kinda know each other (they've chatted a couple times and say hi when they see each other), so Al waved to us and said goodbye when he was leaving. So I got to wave and say goodbye to him.

Nathan Rabin's The Weird Accordion to Al Kickstarter has been running for a week or so. It's surpassed its goal, but you can still kick in if you want signed books or T-shirts or just to support the project.
Top

Hearing good things about Weird Al: Seriously by Lily E. Hirsch. I understand why so many people treat Al as a lightweight; the fundamental nature of his art, his craft, and his persona is silliness. But it's nice to see more Serious Outlets -- like, say, the Washington Post -- acknowledge the truth that there's a real depth to that silliness. Al's not just a straight-up, no-kidding genius, he's also got a real gift not just for lyrics but for social commentary, satire, and the damned impressive ability, with his original compositions, to evoke a band's style even when he's not performing a straight-up parody. Plus I think his bandmates don't get nearly the credit they deserve for their sheer versatility. They're the ultimate cover band; they can play Eminem, Zappa, Devo, Billy Joel, Talking Heads, Lada Gaga, any band in the entire pop music landscape.

And don't forget that other recent Weird Al book, Nathan Rabin's The Weird Accordion to Al (though personally I'm waiting on the upcoming expanded edition that includes episode-by-episode reviews of The Weird Al Show and the season of Comedy Bang Bang that featured Al).
Top

I don't care too much for the beginning of the article; it's the same kind of condescending "Wait, this guy's still here?" bullshit that the article I linked in my previous post took to task.

But the article gets better later. It quotes Andy Samberg, Lin-Manuel Miranda, and Michael Schur.

Michael Schur, the creator of “The Good Place” and co-creator of “Parks and Recreation,” remembers the force of Weird Al’s 1992 parody of Nirvana.

“ ‘Smells Like Teen Spirit’ comes out, and it’s like the perfect voice for all the simmering anger of an entire generation of kids,” Schur said. “That song is vicious and angry and aggressive but also laconic and disaffected and scary. And it was immediately a gigantic thing in American culture. Then Weird Al does ‘Smells Like Nirvana’ and completely deflates it — the importance and seriousness and angst. That’s a service he has always provided: to remind people that rock is about grittiness and authenticity and finding your voice and relating to an audience, but it’s also fundamentally absurd. Being a rock star is stupid. We as a culture are genuflecting at the altar of these rock stars, and Weird Al comes out with this crazy curly hair and an accordion, and he just blows it all into smithereens by singing about Spam. It’s wonderful.”

Schur paused. He said there were heated debates, sometimes, in comedy writing rooms, about the merits of Weird Al’s work — some cynics argue that his jokes aren’t actually great, that people overrate them because they’re nostalgic for their childhoods. But Schur insisted that, regardless of what you think about this lyric or that lyric, Weird Al represented the deep egalitarian spirit of our culture.

I'm with Schur: the funniest thing Al does is take the piss out of rock and roll.

But another way of looking at the allegation that "his jokes aren’t actually great, people overrate them because they’re nostalgic for their childhoods" is, some of Al's jokes are older than dirt, but they're always new to somebody. His repertoire's full of vaudevillian groaners, but his target audience is people who are hearing "when I sit around the house, I sit around the house" and "What do you call a leper in a hot tub? Stu!" for the first time.

And even when he writes a song that's just a series of one-liners, there's more to it than that. If you listen to Genius in France and all you get out of it is a bunch of stale "he's so dumb" jokes, then you've kinda missed the point.

The article goes on to go over Al's process, specifically his notes when he wrote White and Nerdy -- which ultimately is just a series of "I'm so white" -- "How white are you?" jokes, but that undersells the amount of thought and craft that went into choosing which ones and exactly the right way to phrase them.

After 10 minutes of staring at this verbal barbed wire, my brain felt as if it were starting to cramp. I told him I didn’t know how much longer I could take it. “We’re not even halfway through,” Yankovic said. We had yet to reach, for instance, his encyclopedic lists of possible rhymes, all categorized by syllable count, running on for page after page like Homer’s list of ships in the “Iliad”: “Polar bear/Voltaire,” “my back is peeling/Darjeeling.” At one point, he lined up 35 potential rhymes for the word “geek.”

Yankovic has done a version of this process for just about every song he has ever written, parody and original, from “Eat It” to today. In the years before computers, he would do everything by hand, sifting and sorting in a binder with color-coded tabs. He used to spend weeks roaming through the West Hollywood Library, compiling facts and keywords about cloning for “I Think I’m a Clone Now” or hospitals for “Like a Surgeon.” Songs that may seem dashed off are in fact the product of months of self-imposed hard labor — lonely, silent, obsessive world-building.

He researched hernias for Livin' With a Hernia.

Yeah, there are a lot of dumb, hacky, really old jokes in Al's portfolio. But I feel like anyone who only sees that hasn't listened to him beyond a superficial level.
Top

I think hackneyed jokes are in fact a deliberate part of the style choice. When you can cut down something new with something so old and tired, that adds to the effect.

Mad Magazine is a similar example there.