Oh right! I didn't even realize this was all on Thanksgiving on top of everything else. Haha oh man.

"Wow the Cowboys are just MASSACRING the Redskins."

"DO YOU REALLY HAVE TO SAY IT THAT WAY"

I have pretty much stopped giving any fucks whatsoever about FUHBAWL* - outside Packers playoff games. And what a game that was. That Cook catch (among other crazy things), holy shit.

*It's a family thing, given my grandad's been a Packers fan since Lombardi was the coach rather than a name on a trophy, Green Bay is pretty much de facto the right region for Canadians from Manitoba (Vikings? Who? Never heard of 'em.) and there's sure a lot of worse teams you could follow - in ANY sport.

My granddad might not be around for the next playoffs (he's almost 94, only has about half his marbles, and not doing well) but the Packers are probably one of the last things he'll ever forget, so it'd be nice to see them have a great playoff run for him. So I pay literally zero attention to college sports, but apparently there's a massive scandal that could completely upend the entire college basketball system?

This is from a friend in KY:

The whole "apparel companies were paying athletes to go to school that wore their apparel and then sign with them after they graduated" story just broke big with a bunch of indictments. Probably 30+ schools involved, both major apparel companies (Nike and Adidas), 4 named and indicted assistant coaches at Big 5 schools and like 10 more unnamed coaches at Big 5 schools.

The entire system that we all knew existed just got put up in front of the light and now we're going to have to deal with it.

If it's enough schools with coaches involved, then the Big 5 just walk away from the NCAA. If it's only a few schools with named coaches, then they get to scapegoat it and the NCAA makes a bunch of new rules and we all blame Nike and Adidas for doing what they were incentivized to do.

Auburn, USC and OK State and Arizona functionally do not have basketball programs anymore. They have assistant coaches indicted for taking money and setting up money for recruits who played basketball for those schools. Big money. Like, 100K type money.

Those schools are looking at a minimum of what UL is getting for the strippers situation, and probably a max of "you don't have a team for 2 years."

edit: and in UL's case it was less than 10G over 4 years and resulted in lost seasons, a lost post season, lost scholarships and NCAA parole AND WE COOPERATED.

if you are Ok State and your coach took 90K and distributed money to players and recruits and that's just in ONE YEAR your team is over.

Apparently it's an FBI investigation and is only just getting started. Large numbers of subpoenas and indictments are being handed down and we haven't gotten to the stage where they start bringing in people for statements and they all start squawking.

I mean, it's possible that you're right and this all gets buried, but it certainly seems like the potential is there for a scandal of epic size.

God, my dad had so many Cheech and Chong records.

Apparently Toronto FC fans in Ottawa lit "a giant dang fire" in the stands at the Ottawa stadium?!

NPR: Even the NFL's own arbitrator is siding with Kaepernick so far.

A good buddy of mine from way back (same forum I met Starr on, like 15+ years ago) works at the UofA (manager of recyling! A filthy blue infiltrator in a sea of red), so my Twitter is randomly dotted with Roll Tide news.

Normally I just scroll by, but this is pretty cool.

How often does a sports team get to break a 130-year old record?

Wealthy team owners threatening to leave their cities unless given a publically-funded new stadium is an old tune. But still, this one tickled me:

Yes, go ahead, please move a team called the SUNS to Seattle. Do it. 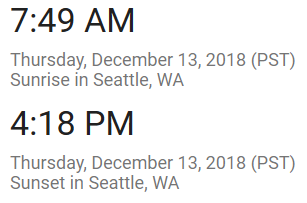 Well, the Raps won. Wasn't going to believe it till it was in the bag, but there you go. First time a Canadian team has won a North American title since 1993.

As for the game itself, what a weird and goofy end, with the non-timeout and the WTFreview. Outside, it got so loud and then so quiet and so loud again.