This is one of these best of these I've seen so far.

Oro valley, if any AZ folks are curious.

This isn't a one-off either. Apparently this particular interspecies partnership occurs somewhat regularly! 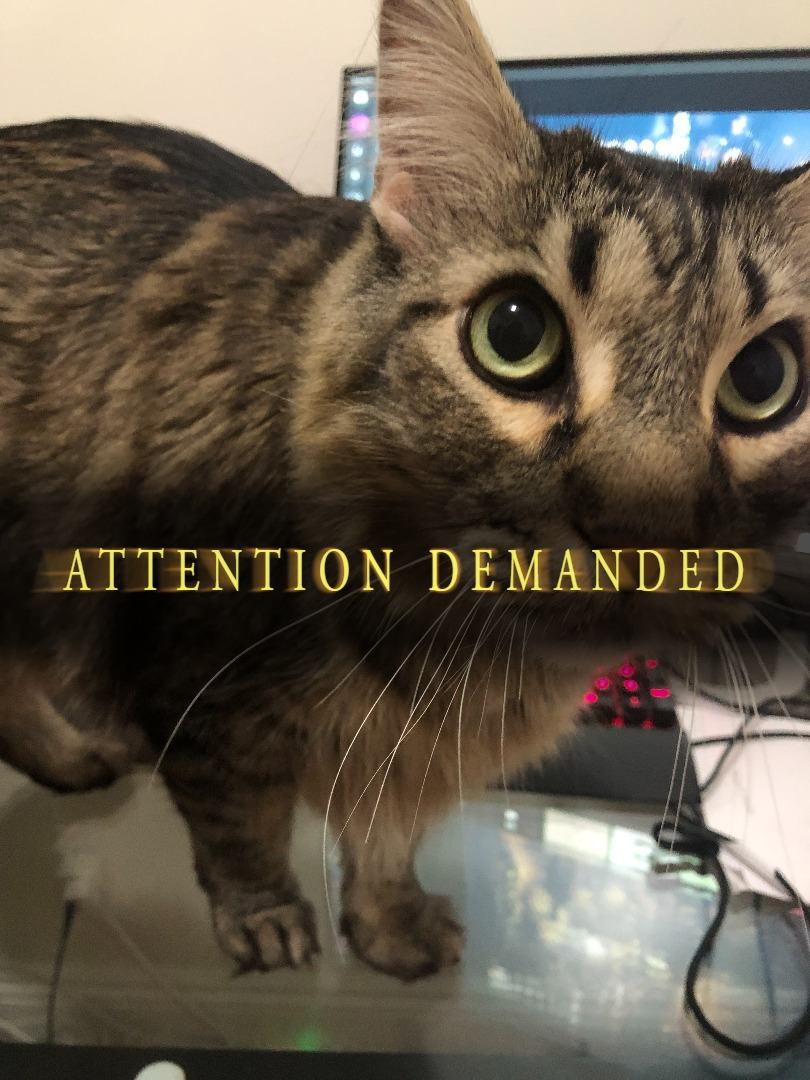 And yeah I've known about the badger/coyote team ups for awhile now. It's rad to the max and a good example of how cool and thinky animals are. 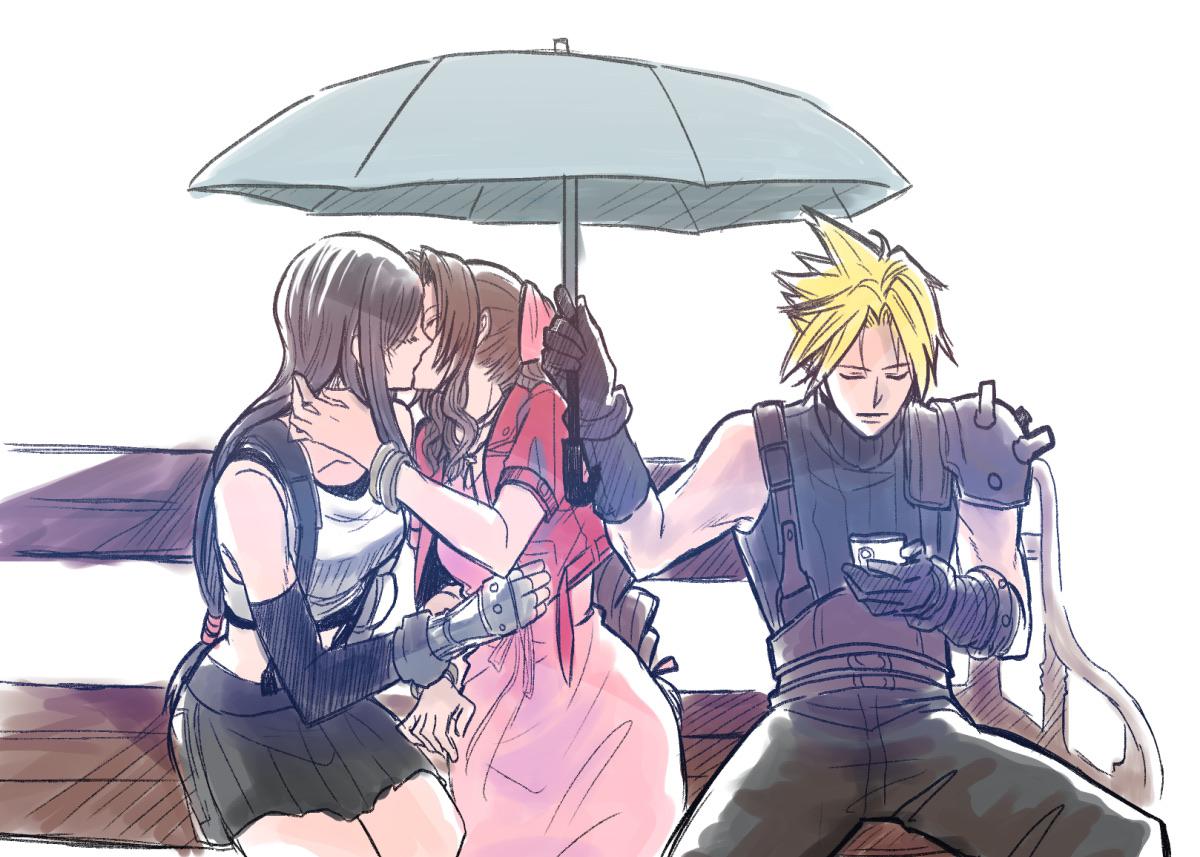 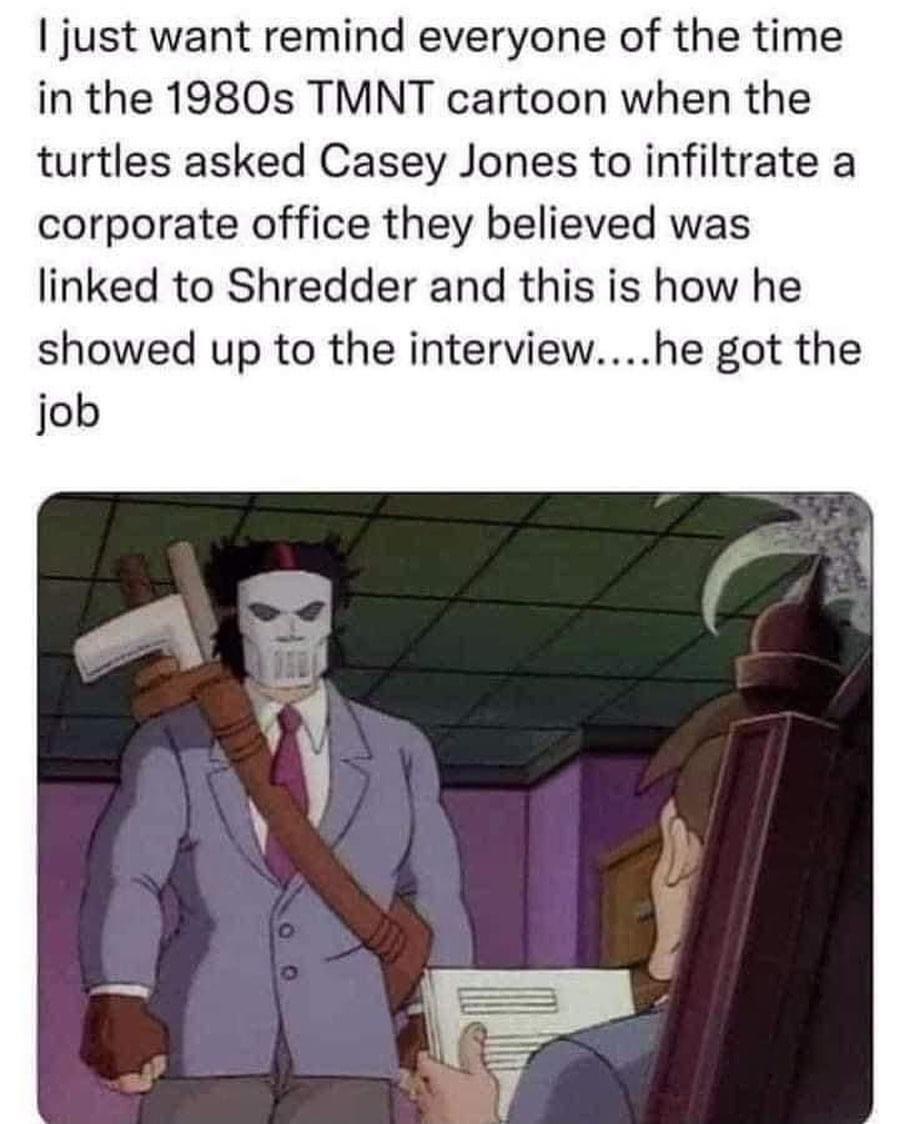 top comment: interviewer was coked out of his mind 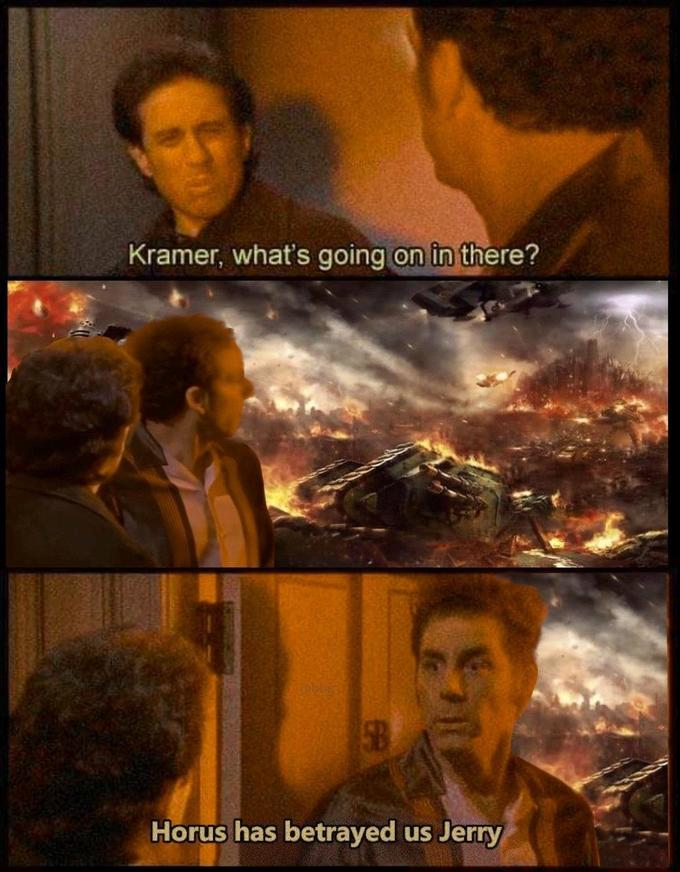 get in loser we're doing heresy 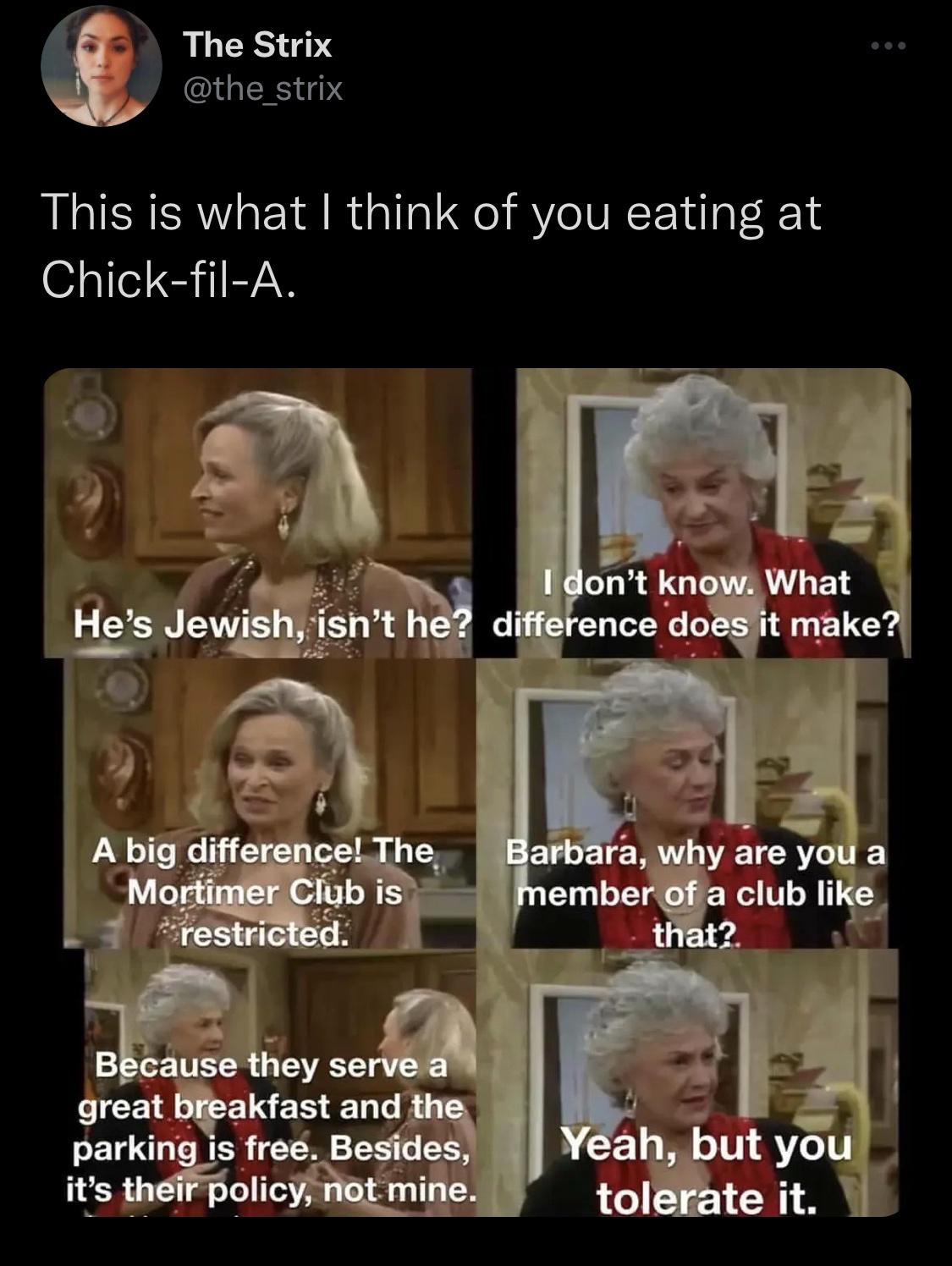 the morality of the white moderate.jpg

I thought that was the same episode where they couldn't quite put their finger on what seemed so familiar about radio DJ "the Slicer", but I looked it up and I appear to have combined two different episodes in my head.
Top

I'll be honest, if it were me? I'd hire him for a few reasons, and not just because it's the 80s and I'm a mid-level corpo exec and am therefore 99% likely to be coked out of my mind and having some sort of hallucination.

1. Despite clearly being some sort of sports loving vigilante, he took the time to dress up nice. That says a lot about how he wants to present himself and who he is, on the inside. Showing you care about how you look and the impression you make on others speaks volumes about who you are as a person.

2. If I don't hire him, he might kill me and throw my body out the window. I feel like such a sheep in here.

3. Unless he's a hallucination. In which case I lose nothing by hiring him. So it's all about minimizing risk. Let's break this down:

So I think the answer is clear. Two of the options presented to me most likely result in my death and both involve choosing not to hire him. However we are not quite done:

3a.2: The HR guy is also coked out of his mind and having hallucinations. However his hallucinations may not be of the same thing I am hallucinating, so at this point the logic becomes muddy. If he DOES happen to be having the exact same hallucination as me (a sports-loving vigilante in a suit and hockey mask) then he will probably make the same choice I did, to hire him. However if they are having some sort of other hallucination, like maybe the entire floor is lizard people and someone was giving these goddamn animals alcohol, we might have a problem. But I think it's clear the choice is still fairly self-evident on my part, to avoid going out the window.

We are, of course, also ignoring that I might be working for the Shredder. Am I, a mid-level coked out corpo exec, even aware of this? It's possible. I might have stumbled on the CEO and the CFO discussing their shadow boss in the bathroom. At this point I believe that the Turtles and the Shredder are common knowledge in the city. But really is giving all the profit that the company makes to a guy trying to get enough money to bring a fully repaired and operational spherical battle-mech to the surface so that he may pilot it to destroy the city and also the Turtles really any more damaging to the economy and world at large than just the run-of-the-mill capitalism practices that corporations of this size and disposition typically engage in? Probably not. In fact bringing a battle-mech online and to the surface that is piloted by an alien from Dimension X and his Ninja domestic partner would probably result in LESS damage to the world and economy than simply using the money to union bust and enslave brown people in other countries and also this country with the extra added step of having racist laws and arresting them first.

So yeah I think the choice is clear. Assuming the HR guys are not having the lizard-people hallucination again. But that's a risk I'm willing to take.

wait is his tie on backwards
Top

Okay after examining the available footage in the clip I think we can all agree on two points.

1. The mid-level corpo exec is absolutely aware that he works for the Shredder and an alien from Dimension X. Everyone at the company must be due to the overwhelming prevalence of decor and weapons on the walls. It is unclear if he is brainwashed or merely coked out of his mind. Either would respond to a man taking out a bat and slamming it on his desk with hiring.

2. At first I thought that the tie being weird was an animation error. But no, it's clear from the footage that Casey actually cut out a chunk of his tie so that his shoulder strap would cover it better. I can't tell if it's backwards or not though.