Yeah, coining "metroidvania" I can believe, but starting the first meme is something I'd need to see a timeline for. Seems more likely something that started on something awful and was maybe just first presented to some people here through Sharkey.

It's not impossible, I just feel like that would have come up some other time in the past twenty years.

Right you are. A glance at knowyourmeme says that the GIF first started making the rounds in '98; I started reading Sharkey's blog in March '99*, so his reposting it would have been sometime after that.

So he didn't kick it off, but he uploaded the ROM and IIRC a lot of other sites (maybe including SA) direct-linked to it and so he replaced it with something else. On balance that would probably make him more of a footnote in the whole thing than an originator; the GIF would have made the rounds even if the ROM hadn't.

(I wouldn't really call AYB "the first meme", either. We had Hamster Dance and Mr. T Ate My Balls before that. But the trouble with words like "first" and "responsible for" is they tend to be pretty debatable.)

* I know this because I remember the first few >8)> comics were up the first time I visited his site, and I still have dated copies of the things, among a truly ridiculous number of other files I've been transferring from hard drive to hard drive for twenty-some years, and also there must have been some floppy disks in there because at some point I messed up the filenames with WinZip and now they all end in ~1 or ~2.
Top

Honestly, I agree more with the school of belief that memes pre-date the internet, so calling anything online "the first meme" always seems a bit off to me.

Thad wrote:(I wouldn't really call AYB "the first meme", either. We had Hamster Dance and Mr. T Ate My Balls before that. But the trouble with words like "first" and "responsible for" is they tend to be pretty debatable.)

Man this is nostalgia history now. I had absolutely forgotten about Mr. T Ate my Balls, and it looks like it, Hamster Dance, and All Your Base are being claimed in '98.

The 'Dancing Baby' was already around but hit its peak in '96. A friend showed it to me at his house and I remember him going to the computer to load it and us playing in his yard for a while before it was ready. No idea if that was before or after Ms. McBeal blew it up.

And just to book-end it, 2001 was the Weapon of Choice music video with Walken. That was the first time I can remember having adults ask me to find something online they had heard about. Like six times. During one barbecue.

edit for mongrel: Memes are THE DNA OF THE SOUL. But really whenever I say "meme" assume I mean "internet meme". I know it has a more meta meaning, but that one is harder to separate from just the act of communication. Though humorously "internet meme" seems to refer more directly to image macros or similar, which generally communicate their entire idea through text, not an actual meme.

Language is a funny old beast.

This all seems odd to me though, I feel like there MUST have been be some pre-'96 (internet) memes.

It seems so weird to me that there wouldn't be anything '94-'95 at all, since both Mosaic and AOL dropped in '93. Plus, September '93 was also the first-ever instance where a large number of young folks had reliable and plentiful (for the time) internet connections, thanks to university and college campus networks.

I'm looking around and of course there's a bunch of stupid listicles, because of course there are. Some of them are claiming Godwin's Law (1990) as a meme, and Godwin followed up on that in a 1993 Wired article where he basically describes the phenomenon of internet memes (and explicitly uses the term meme) before they nominally existed.

But in a more conventional sense, I cant seem to find anything between September '93 to whichever month it was in '96 that dancing baby came out (beating Mr T ate my Balls by a couple months).

EDIT: Goddamn. The Zero Wing video sure used a LOT of photoshopped images for the time. I can't even imagine how much work that would have been in '98.

I saw some claims to that effect... I don't know if it qualifies? Seems like it was just a descriptive phrase realizing that the internet was here to stay; an expression more than a meme.

Godwin's Law on the other hand has spawned variations in a memetic way (and endless parade of so-and-so's law regarding internet culture, plus arguably the "Rule 34" series of Internet Rules grew from the same root). I'd be more inclined to call that a meme between those two options.

Mongrel wrote:Honestly, I agree more with the school of belief that memes pre-date the internet, so calling anything online "the first meme" always seems a bit off to me.

Memes date back at least to World War 2 with "Kilroy was here", so yeah.
Top

Mongrel wrote:Honestly, I agree more with the school of belief that memes pre-date the internet, so calling anything online "the first meme" always seems a bit off to me.

Memes date back at least to World War 2 with "Kilroy was here", so yeah.

There's an argument that the oldest memes are Memento Mori or possibly even dick imagery.

As far as modern media goes, "23 Skidoo" is definitely pre-WWII.

But arguing pre-internet memes gets into some crazy territory. I WOULD say that Memento Mori definitely qualifies as a meme in a sense we would recognize as analogous to the current definition, but no way would I try to claim it as the first or most important - it's just an example. 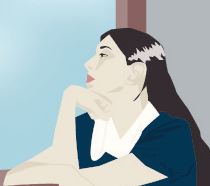 < myew> Friday was brainwashed to assassinate abortion doctors and that's too good for the concept.
Top

20:08 <Brentai>I guess there's something to be said for Portland being the place to be totally out no matter what you are, even if it's a murderous pariah.
20:08 <myew> It's something i guess.

I know the way Nyao works this is probably a direct quote, but let me dream. 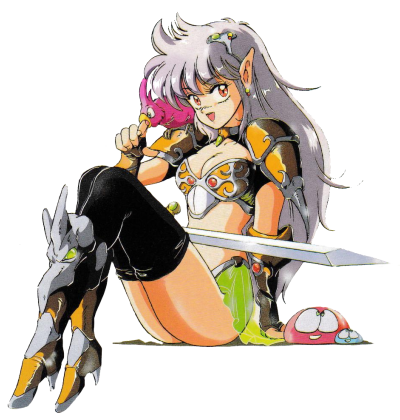 <Caithness> the low is going to be 78 tomorrow night
<beatbandito> nice
<beatbandito> I can barely hold 78 with AC tonight
<Caithness> i've been cooling my whole house with one upstairs window unit
<nyao> civilization is the worst.
<myew> I've heard conflicting reports, but it is you are the worst.
Top

10:12 !wand Silversong
10:12 <Utsuho> * SlimeDroid waves the "Fossil Armor of Wonder" and points it at Silversong - 321 SlimeDroid and his party are now time travelers. Travel is initiated by any member of the group (character or player) completing a phrase that begins with "Remember when". The party is transported to the time and place of the event in question.
10:13 <beatbandito> Remember when that was the entire conceit of Family Guy's humor?...
10:13 <myew> ... That doesn't seem strange because everyone was doing it and humor.
10:15 <SlimeDroid> Let's warp back to when Home Alone 2 got made. We can prevent a certain cameo and avert this future
10:15 <nyao> really don't want to scare poor people

they're both getting too good at staying on topic